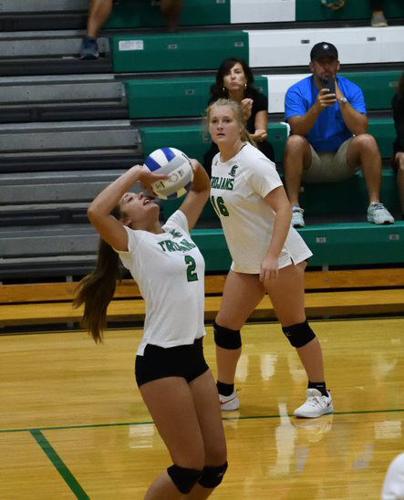 West Brunswick’s Lily Romero sets up a teammate for a spike in the Trojans’ first volleyball game of the year. 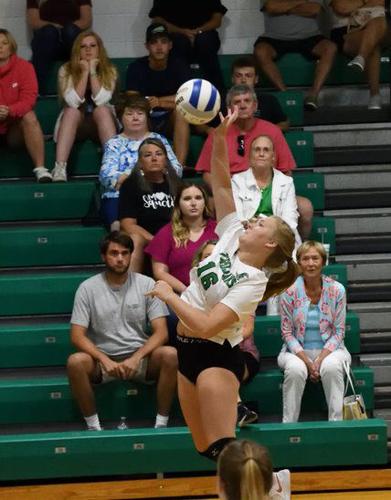 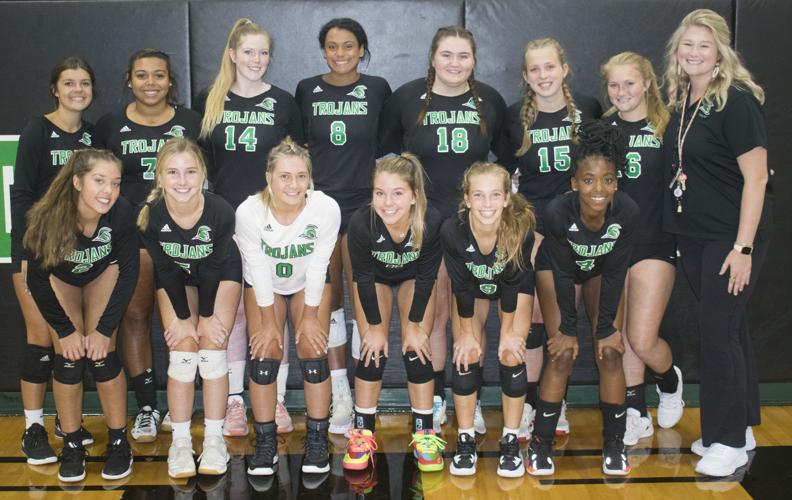 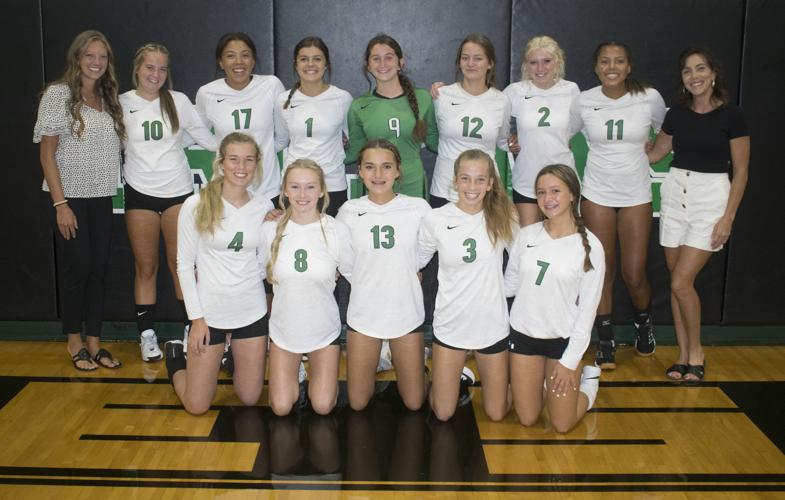 West Brunswick’s Lily Romero sets up a teammate for a spike in the Trojans’ first volleyball game of the year.

Both Trojan teams are loaded with new players who are working on their team chemistry under varsity coach Myah Morse and new assistant/JV coach Emma Gray Beacham.

“Coach Beacham, she is awesome. She is a first year teacher and new to the community. She’s from Laurinburg, a couple hours away from here. She played volleyball and took her redshirt COVID fifth year at Pfeiffer University. She was a Libero, I think she set a little bit and she just overall loves the game. You can definitely tell it when she’s out on the sideline of the court, because she’s just pouring it into the girls and really trying to get them to realize that this is a play-by-play type of sport, so we’ve got to be in it from point 1 to point 75 or however many sets you go. She’s been a great addition. I love her and she’s been such a great help,” Morse said.

“I went for four years at Pfeiffer and went back for my fifth year to start my masters and use my last year eligibility. Before I graduated, I knew that I wanted to move to the beach. That was my first look where I was going to teach. And then I knew coaching would fall in line. And luckily enough, they had an opening here. And it’s been a great opportunity for me to get my foot in the door,” Beacham said.

“I’ve coached club for three years prior to this. And I think playing and leading on the court has allowed me to bring that into coaching. And having great coaches, taking the experience from them and what they have taught me, I’m bringing it here and just hoping they grow and pursue their dreams just like I did.

Morse has a handful of players returning to the varsity, but has moved up players from last season’s JV team as well as having a few share time on both teams.

“I have four returners, some have come up from JV. Emma Bartlett is one of our floaters.

“I have 12 on varsity this year. Last year I had like nine or 10. We were pretty small,” Morse said.

“Abby Fluharty is returning. Kayden Cupid is back. She didn’t play last year but she’s here for her senior year. She is my only (college) commit. She’s committed to Coastal Georgia. Jalynn Sneed, Makaylee Sanders and Hailey Roberts are returning seniors.

My other returning varsity player, Lily Romero, my setter. She’s a sophomore. She was our full-time setter last year. She’s back to do that same thing.”

“Incoming freshman who made varsity are Kelcey Lykins and Autumn Wyatt. Kelcey, she’s big power hitter. Wyatt is somebody I’m looking at for setter,” Morse said.

“Most of the time I have Lily setting right now. I have Jayden and Kayden hitting outside. I have Makaylee and Kelcey hitting middle right now. Both have been great so far and we’ve got a lot of big blocks already. My Libero right now is Riley. But I’ve got a lot of good defensive specialists that I have coming in for some of my hitters, back row. Abby Fluharty, Brooklyn Coble. For my right side hitter, I’m flipping back and forth right now between Jalynn Sneed and Hailey Roberts. They’re both really strong power hitters and good leaders on the court. I’d love to have them both in but they both hit right side.”

“I have a lot of experienced players, which helps out. A lot of them are seniors. Three of the six positions were starting seniors, so a lot of leaders.”

Morse also had a couple upperclassmen come out for volleyball for the first time, both varsity basketball players, Hailey Woodard and Morgan Bellamy.

“I guess I was kind of recruiting. I had an announcement every morning that was like, ‘Make sure, if you’re interested, you’re coming to volleyball. So yeah, just getting the word out that we want to be more competitive,” she said.

“I’ve got six seniors with Morgan Bellamy, she is new. This is actually her first year playing volleyball. She’s a basketball player, just very athletic and a great girl overall.”

Beacham has about a dozen players for the JV including the group that splits time for each team.

Maddox Holder is a returning sophomore. Maddie Richardson is an incoming freshman. Autumn Wyatt, we have her on both teams. And Hailey Woodard, kind of like Morgan Bellamy, is testing out volleyball for the first time. She’s normally playing basketball but she’s focusing on volleyball right now,” Morse said.

“We have one transfer student, Jenna Williams, who’s from closer to the mountains, kind of like Coach E.G. but most of them came from Shallotte Middle, Cedar Grove and Waccamaw.”

Morse said the coaches overlap their practices so they can be involved with all the new and returning players.

“We typically are going to kind of overlap about an hour of practice each day. We wanted to do it completely together just so we could kind of bounce off of each other’s ideas. And so the girls are used to seeing both of us all the time and hearing more than one voice,” Morse said.

“One thing that we’ve really been working on so far this season is just that team culture and ‘team before I, team before myself.’ Really just working on having them be a team first has been our big thing right now. And then also coming in, every time we walk into the gym, with a purpose. I think that was one of our struggles last season, that we were kind of unfocused at times. It probably was because of some of the discouragement from losing and we didn’t have a good record last year at all. But I think just working on that mentality that we’re here and we’re working our butts off, and we’re ready to compete.

She added that while they are looking at building the program for the future, with the 3A and 4A Mideastern Conference teams now vying for separate playoffs, they also really want to focus on the 3A conference games this year.

“We want to make sure that we are playing for that conference title for 3A and being competitive against the 4A teams. But we just really want them to feel like they can be a winner. So I’m really happy and excited with the group of girls, both groups that we’ve created, because we see nothing but potential right now. I’m sure we might have struggles here and there throughout the season, which all teams do. But I’m really excited. I think that we can do a lot of great things this year.”