Skip to main content
You are the owner of this article.
Edit Article Add New Article
You have permission to edit this article.
Edit
Welcome, Guest
Home
News
Sports
Opinion
Obituaries
Features
Religion
e-Edition
Classifieds
Submission Forms
Share This
1 of 4 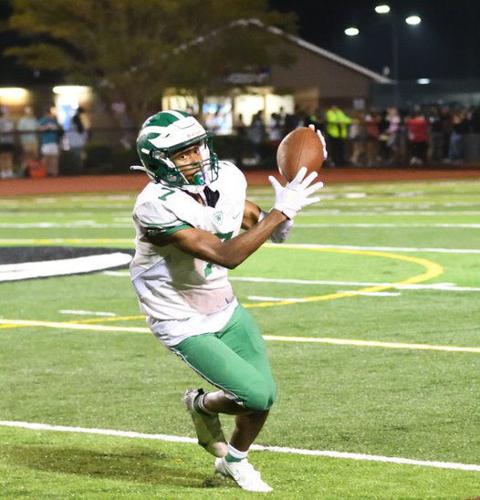 West Brunswick senior receiver J.J. Cobb pulls in a pass from quarterback Javan McCray and turns upfield during the Trojans’ first game of the year.

West Brunswick linebacker Mikal Simpson leads the Trojans onto the field before the start of the 2022 football season at Carolina Forest (S.C.). 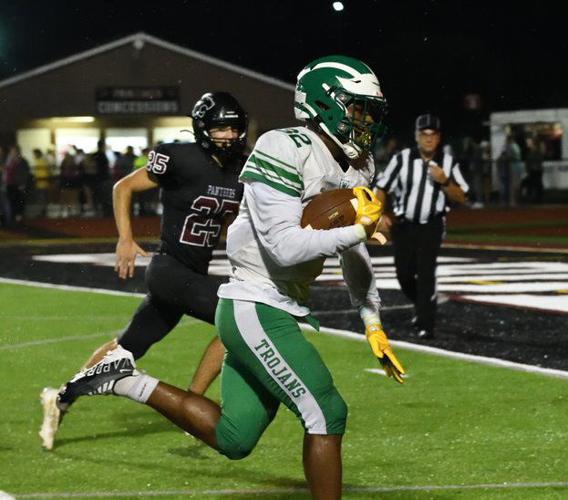 Trojan running back Kevon Daniels scores the first touchdown of the year for West Brunswick against Carolina Forest (S.C.) on Aug. 19. 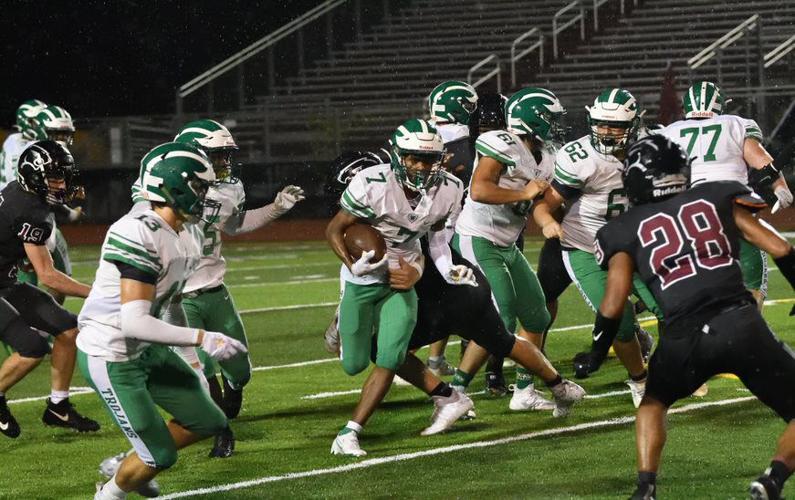 West Brunswick senior receiver J.J. Cobb pulls in a pass from quarterback Javan McCray and turns upfield during the Trojans’ first game of the year.

West Brunswick linebacker Mikal Simpson leads the Trojans onto the field before the start of the 2022 football season at Carolina Forest (S.C.).

Trojan running back Kevon Daniels scores the first touchdown of the year for West Brunswick against Carolina Forest (S.C.) on Aug. 19.

West Brunswick’s varsity football team heads back on the road Friday night to Whiteville for a non-conference rivalry game with the Whiteville Wolfpack at 7:30 p.m. at Legion Field, 1323 Chadbourn Ave, in Whiteville.

It will be the first meeting of the teams in three years due to COVID. The last game between the Trojans and Wolfpack was Aug. 30, 2019 in Whiteville, a 21-0 victory for West Brunswick.

“West Brunswick playing Whiteville has consistently been a really good, competitive game for us. It’s one of the closer schools that we travel to and traditionally they’ve been really good. It’s been old school high school, physical football games. So we’re excited about that and excited about continuing that,” Trojan head football coach Caleb Pardue said.

“We didn’t get to play them last year because of COVID. We had a COVID outbreak on our team and then we had to replace that game with West Florence. So it’s kind of nice to get back to playing them and renew that rivalry after a few years.”

Both teams are coming off opening week road losses, with West Brunswick losing 56-27 to Carolina Forest (S.C.) on Aug. 19 while Whiteville traveled to Leland on Aug. 20 for a 44-15 loss to North Brunswick.

Whiteville also participated in the Bash at the Beach Football Jamboree Aug. 13 at M.H. Rourk Stadium where they matched up with New Hanover.

“They played North Brunswick on Saturday and New Hanover in the jamboree. And on film it looks like they’re dealing with some of the same things we are, as far as having to play some younger guys in spots where they have not had a lot of snaps yet. So they’re just trying to figure out, similar to us, what they’ve got,” Pardue said.

“Against New Hanover, they did a good job. And then you turn on the North Brunswick game and they just really couldn’t get anything going on offense. They have some really talented football players, especially on the perimeter.

“It’ll be a challenge for us, having to line up and play the Wing-T. It will challenge our guys on defense’s physicality. Stepping up and having to play the type of football game we’ll have to play, three or four times this year in conference. It’ll be a different challenge than what we faced last week.”

“A lot of offenses today that people are using, they have some Wing-T principles in it. But (Whiteville head coach) J.P. Price is an old school Wing-T guy, and he does some new things to balance it out. It’s a good offense and they run it efficiently. They do a good job of it.

“The Wing-T is about sequential play calling. The defense is taking away something and they adjust and you take the next step, so there are always answers. I think they’re kind of like us, some of their young guys are making mistakes that if they clean up, they’re going to be a really good football team,” Pardue said.

“I feel the same way about us. Friday night, we played, offensively, probably about as bad as we can play, and scored 27 points. So if we (both) clean up some of those things, I expect they will make a vast improvement from week one to week two, and I expect we will too. It should be a good game. It should be competitive for us and let us keep getting a little bit better every week. Staying consistent while trying to clean up some of the mistakes that we made last week.”

“Offensively, we’re not going to add in anything this week. We’ve got our stuff in and we just really want to get good at it over these next two weeks, going into the bye week. We really want to focus on just getting better at our stuff and focus on what we’re doing,” Pardue said.

“All of the games are important, but at this point in the season, we really just want to hone in on what we’re doing and try to do a really good job of coaching our guys. Fundamentally, I felt like we kind of got out of whack the other night and, on defense, we were playing a lot of kids who, even if they played last year, it was very sparingly. So we were playing a lot of kids who, that was their first varsity football game. And it was against a really good, really fundamentally sound football team.

“So it’s a teaching moment. We’ve got to keep growing and keep competing. And the one thing we’ve got to kind of hone in on is being the type of team we want to be. Being physical. And this game will give us a good chance to practice that and practice what we preach, so to speak.”