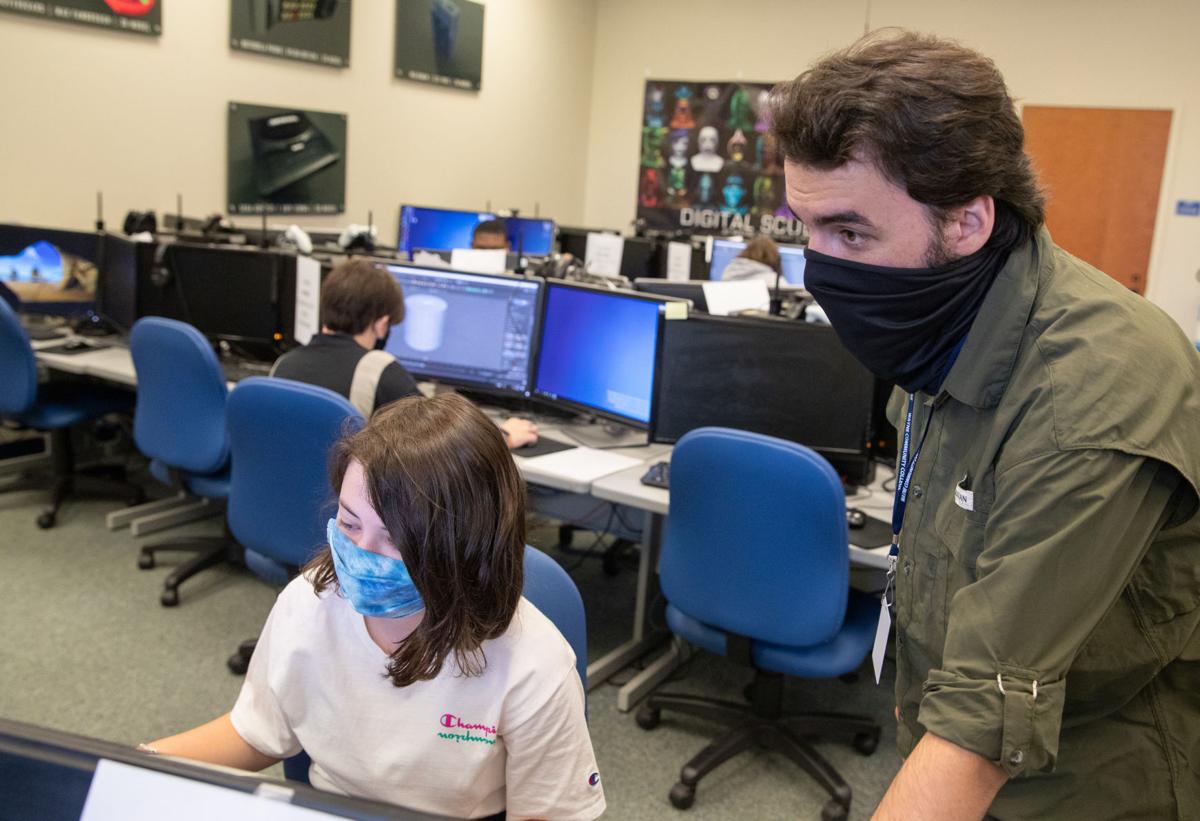 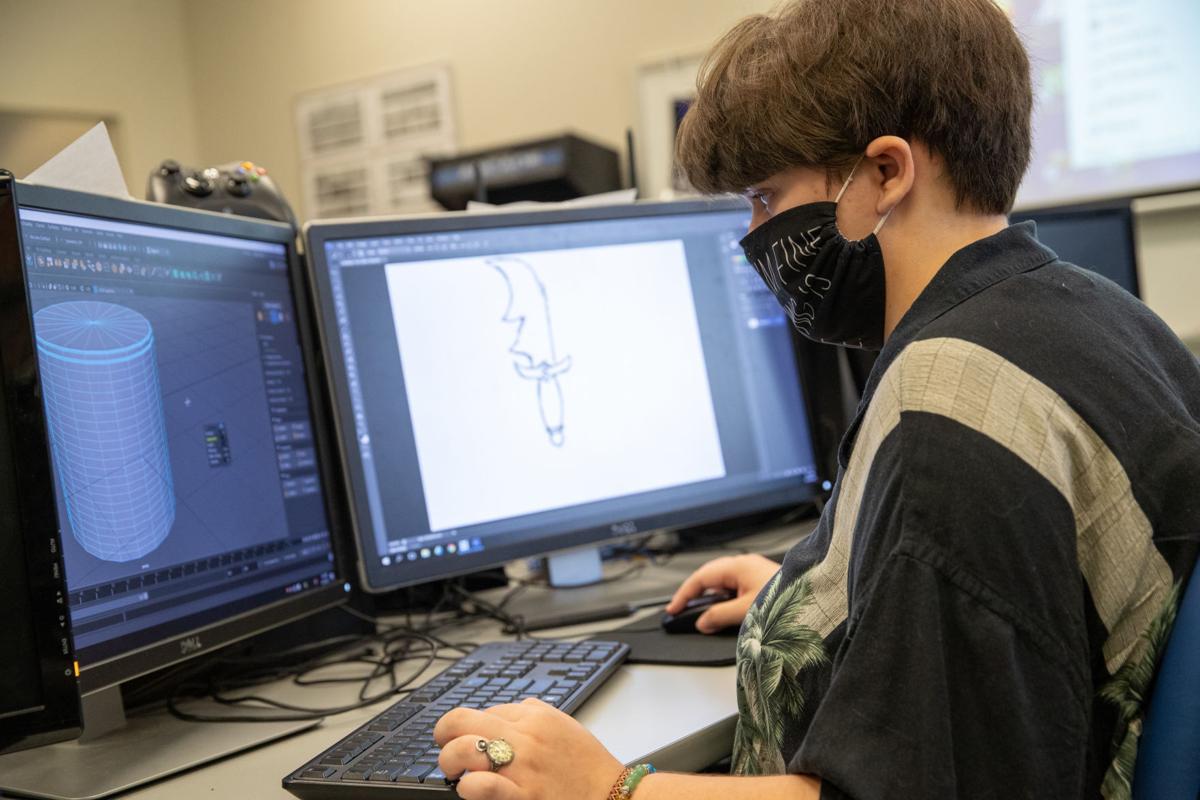 Emma Britt carves a weapon out of a 3-D cylinder. 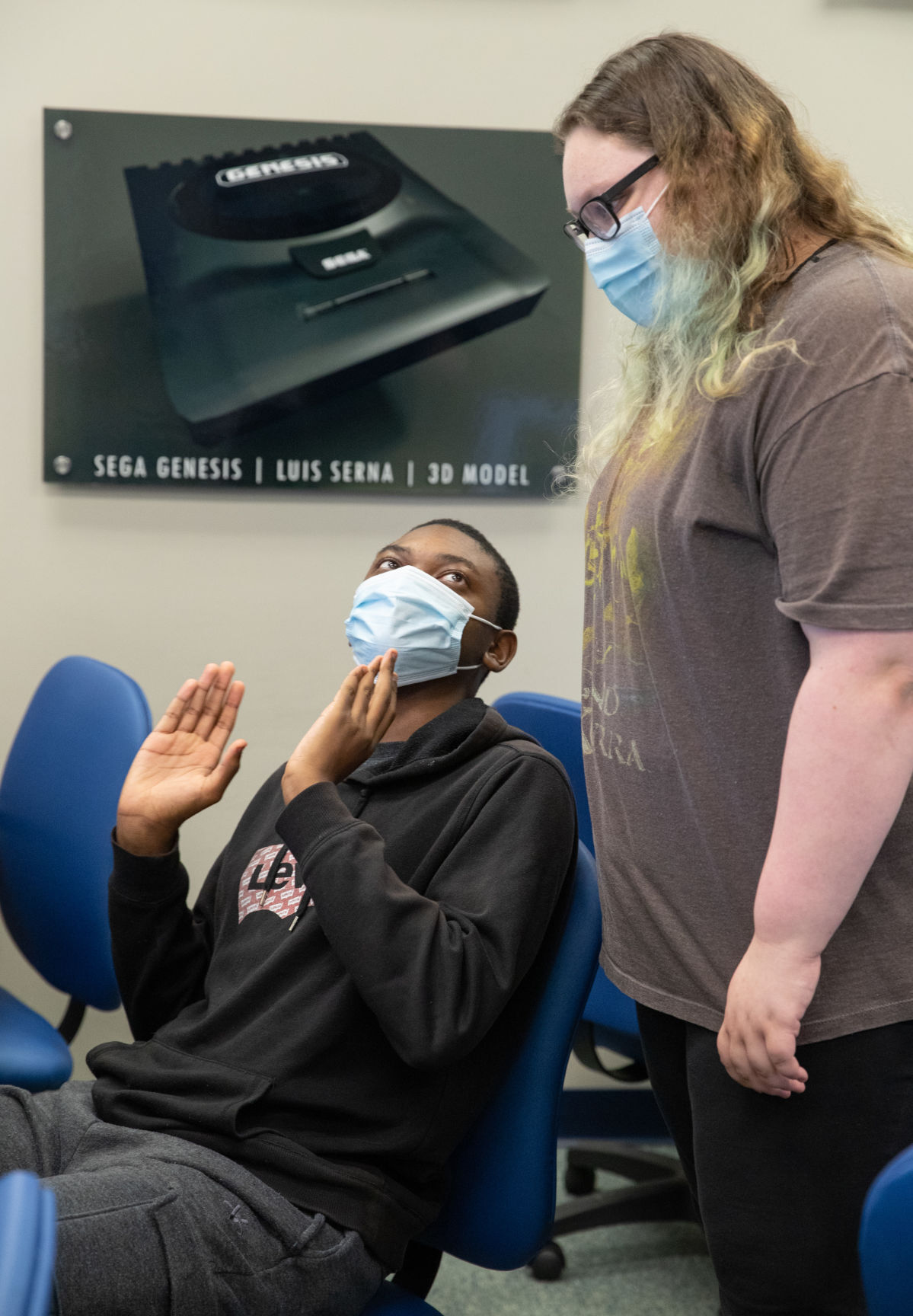 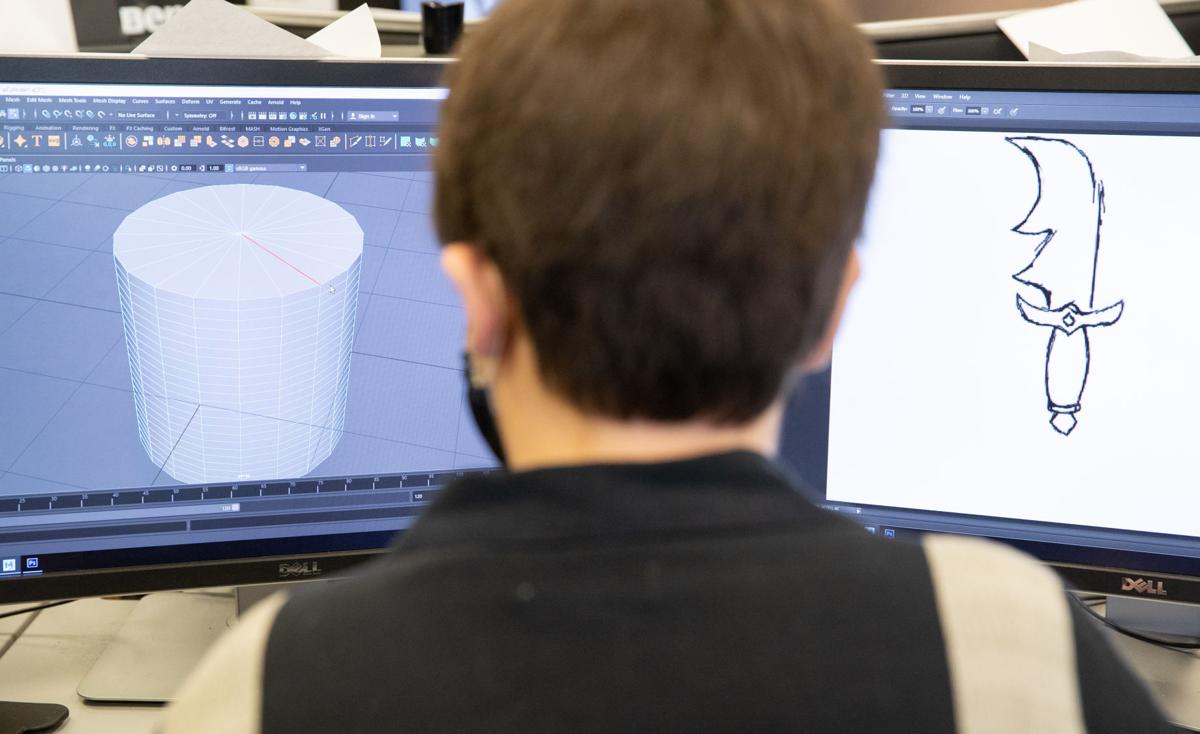 Emma Britt carves a weapon out of a 3-D cylinder.

Instructor Dylon Bryson said the camp’s focus was to teach middle and high schoolers what goes into making a game.

“We teach them what we’ve learned here at Wayne Community College in the simulation and game development field,” he said. “It allows us to 3-D model objects on the computer and make game assets and the environment for a game.

Bryson said the campers also got to dabble in Substance Painter, a program that applies a texture to the model that they made.

“You’re essentially coloring the model and giving it a material,” he said. “If we make a weapon and we want to give it an iron look, we’ll give it an iron material so it has that look of iron.”

Bryson said the campers also learned about quality assurance when designing games, or bug testing as he calls it.

“Some bugs that they find might be where a player doesn’t receive a reward after they complete a quest,” he said. “Or they might find a graphical error.

“One of our students found an error to where when they full screened their game, the game is done in like a rainbow effect, like infrared, and you just have all these colors on screen and you can’t pick out what the actual character is. That would be a bug.”

Campers also got to use Mudbox, a program that simulates clay.

“Old sculptors would make busts and statues,” Bryson said. “That’s kind of what we use Mudbox for. It gives the students the idea of sculpting in this 3-D space without the mess. We had them design a character and sketch them up and go into Mudbox and create a bust of their character.”

Bryson said the camp allowed the youths to express themselves through designing video games.

“When I was younger, my folks bought me the Gameboy advanced and Play Station 2 when they came out,” he said. “I enjoyed gaming. It was a safe space for it. I really enjoyed taking the programs to express myself through the program.”

The camp not only allowed the youths find out if video game designing is a career they want to pursue, but also allowed them to find out if maybe it wasn’t for them after all.

“We’ve had several students join the Wayne Community College program and think OK we’re just going to play games all day,” Bryson said. “That is not the case. I’m thinking some students are figuring out that this is not what they thought it was.”

That was the case for 14-year-old Mia Harris.

“I wanted to see what it was like, to try something new,” she said. “It was very interesting, but very difficult for me. It’s not for me.”

But for those who do want to design video games as a career, it’s a very big industry, Bryson said.

Like 17-year-old Trevor Barnes, who thought the camp was both interesting and fun.

He’s getting ready to be out of high school and he’s pretty sure video game designing is something he wants to do.

“I feel like it’s a way I can express myself by making something,” he said. “It makes me feel like I’m myself, like I can actually create something and I have no limits to what I can do.”

“I’ve found gaming has helped me a lot,” he said. “Not all video games deal with shooting something and like that. Some games actually let the player build their own world. It’s something that allows them to express themselves in the gaming world. And it let you connect with people all over the world and socialize with others.”

Bryson said gaming also helps a player’s hand-eye coordination, and that creating his or her own games lets him use more of his creativity and imagination.

“The sky’s the limit on creating a video game,” he said.