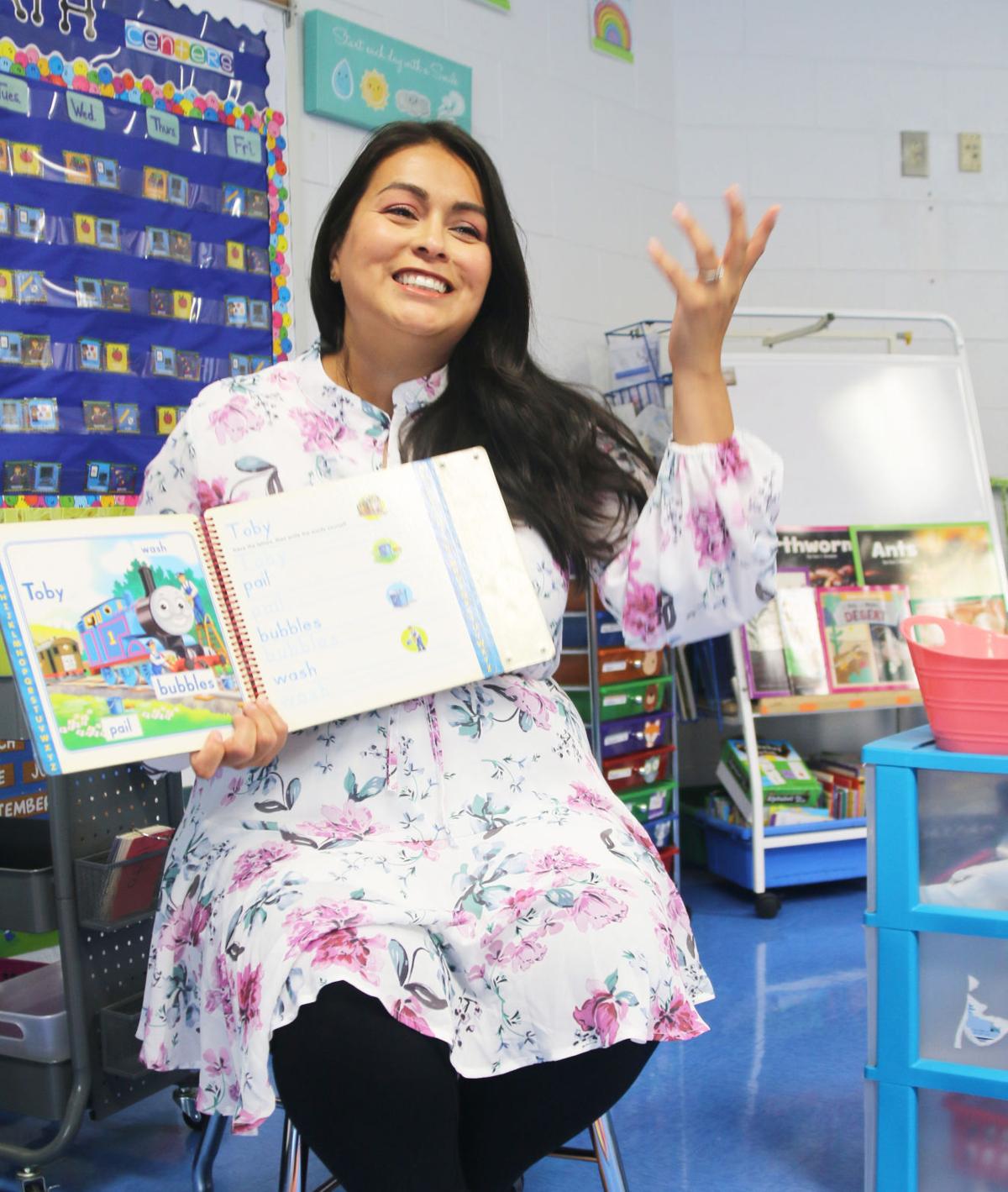 Adrianna Zepeda practices what she learned at the University of Mount Olive’s early childhood education program. 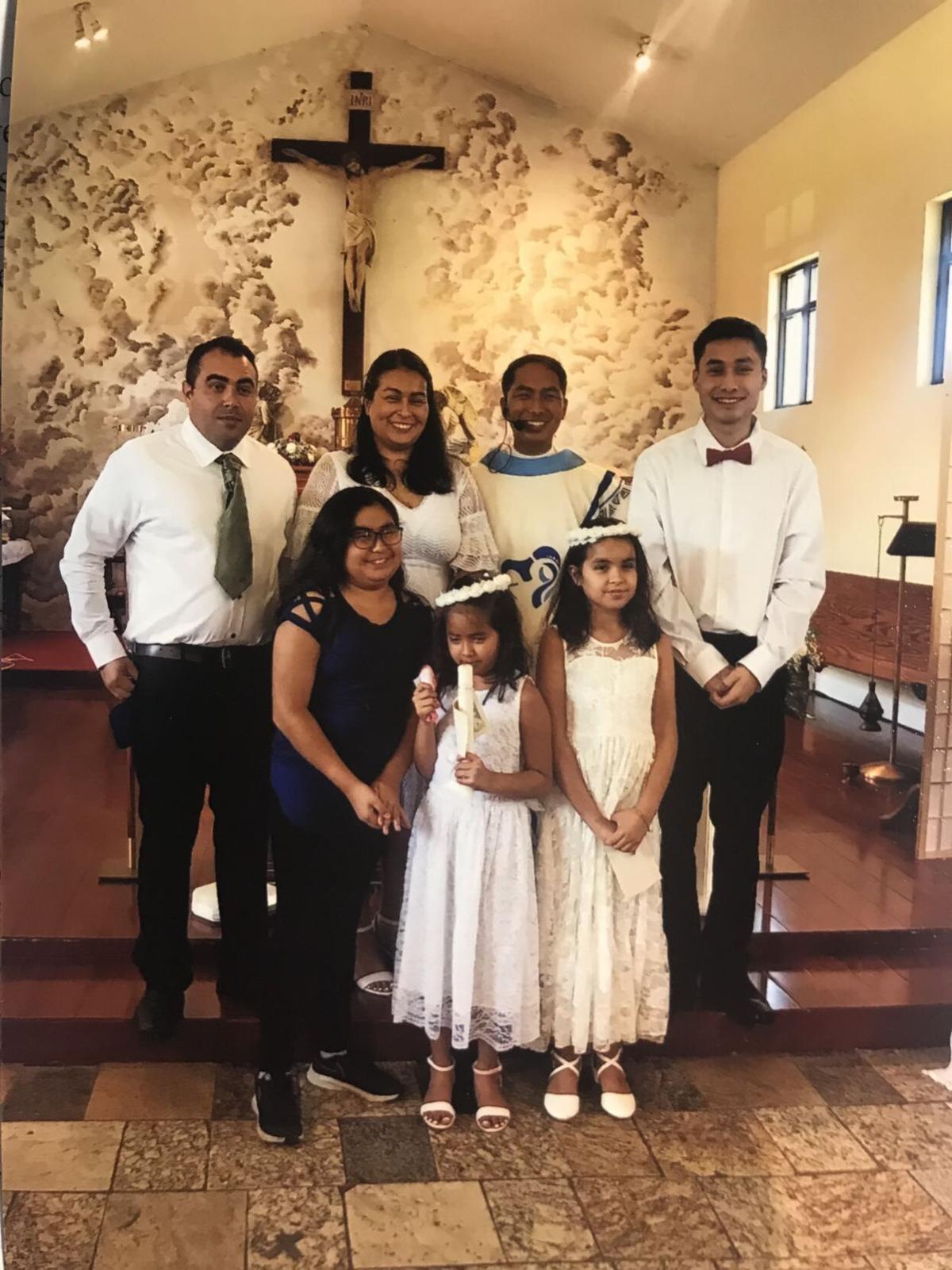 Adrianna Zepeda is pictured in church with her family. Front row, from left, are daughters, Loreli, Athena and Eva, and back from left are husband, Juan, Adrianna, Father Eric and son, Jose. 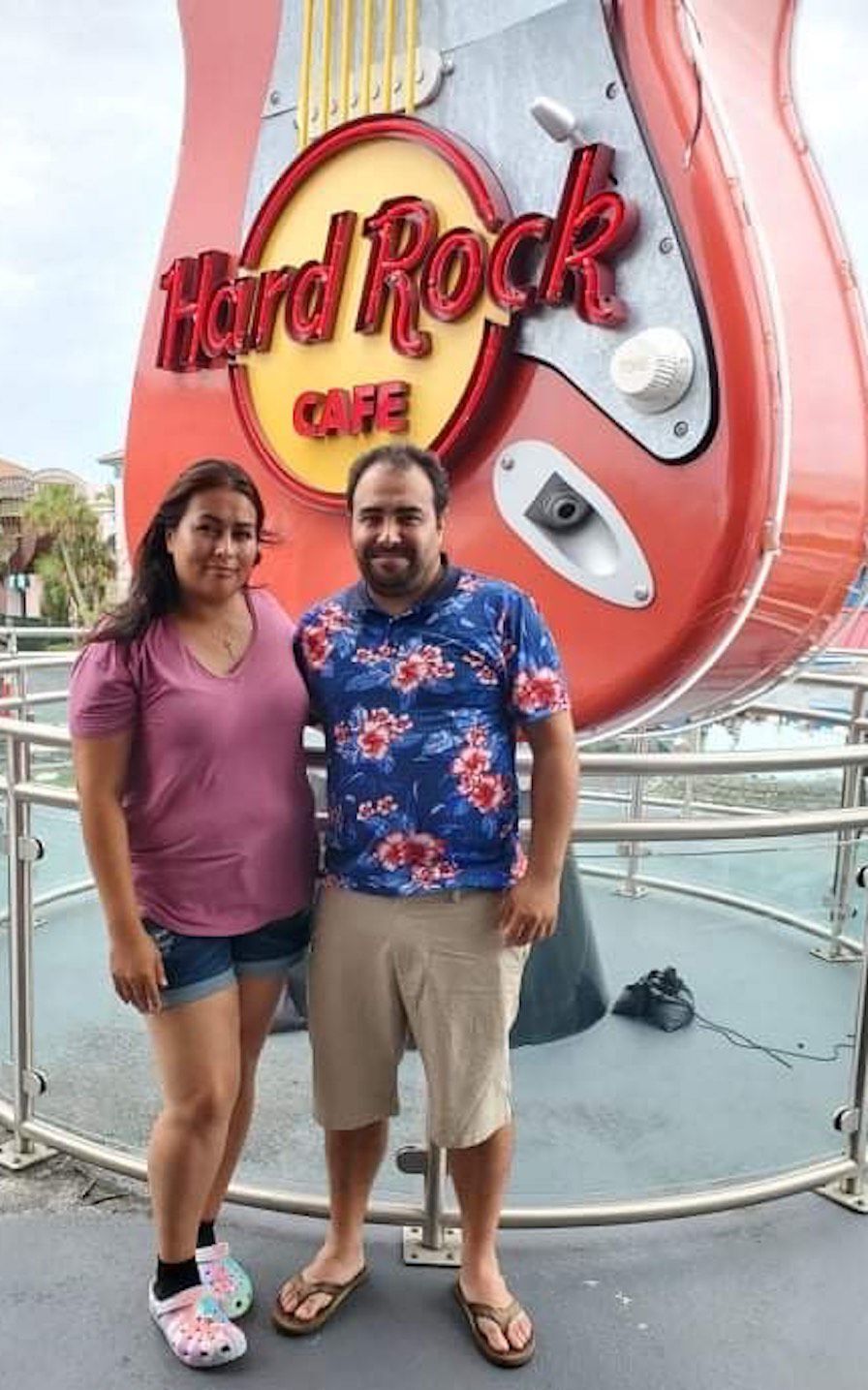 Adrianna Zepeda is a full-time wife to Juan. 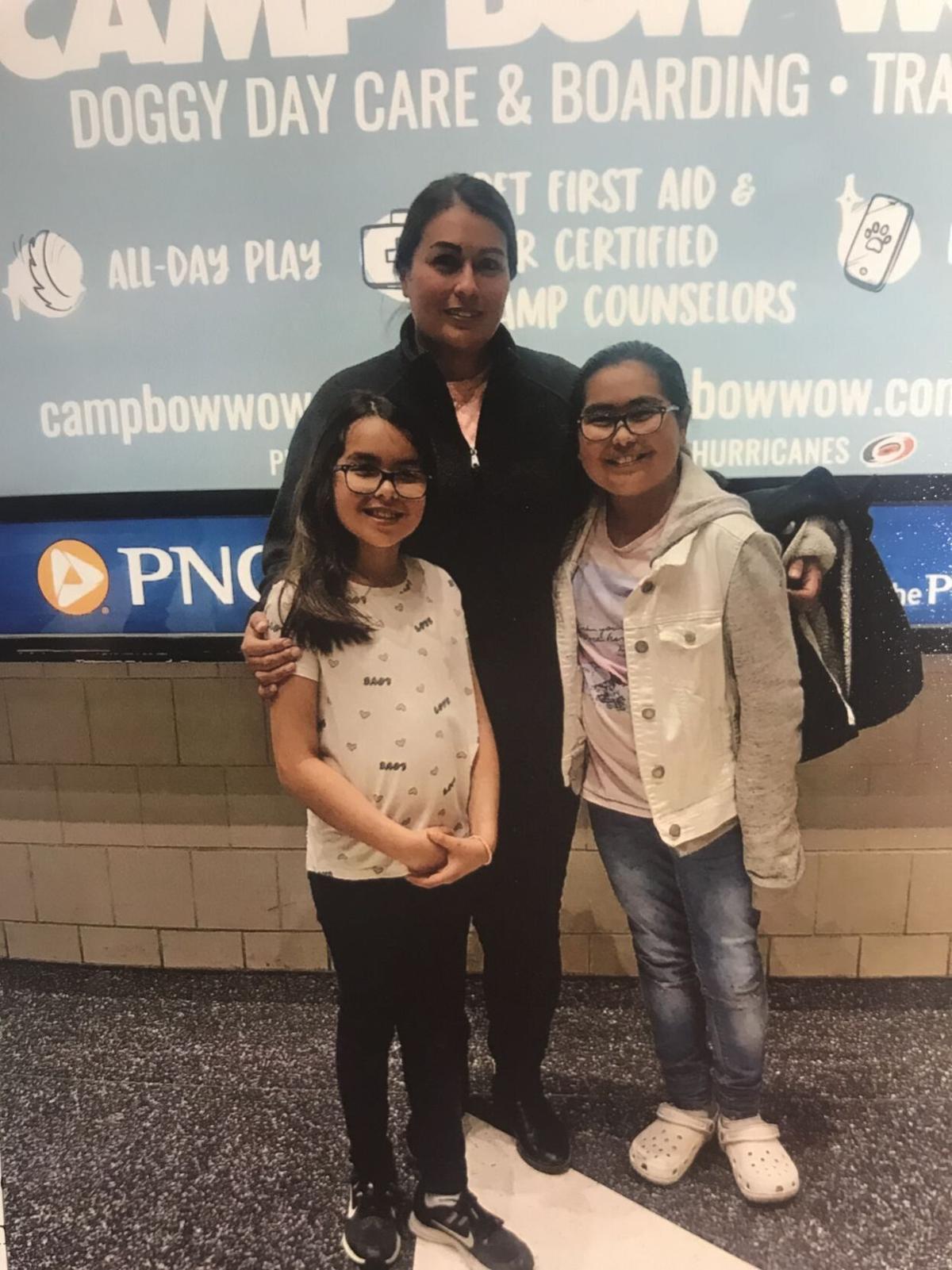 Adrianna Zepeda practices what she learned at the University of Mount Olive’s early childhood education program.

Adrianna Zepeda is pictured in church with her family. Front row, from left, are daughters, Loreli, Athena and Eva, and back from left are husband, Juan, Adrianna, Father Eric and son, Jose.

Adrianna Zepeda is a full-time wife to Juan.

Shortly after graduating from high school, Adrianna Zepeda put her education on hold for several years.

She became a wife, mother and employee at Carolina Turkeys (now Butterball).

It all changed when one day when a couple of representatives from the University of Mount Olive went to her place of work and told Zepeda about all the classes she could take, and enticed her with a scholarship.

It opened up a whole new world for Zepeda.

Next month, she graduates from UMO with a four-year degree in early childhood education and hopes to find a new career teaching young children.

“As a kid, I wanted to be an artist,” the 38-year-old said. “Then I wanted to go into different things.”

Zepeda became a mother shortly after graduating from high school. With a child to care for, she took a job at Butterball. Then she met and married her husband, and they decided to start a family together.

Shortly after that, she did go to nursing school, when she was about 22 and while she was pregnant with her second child.

“But it didn’t work out for a lot of personal reasons,” Zepeda said. “I just kind of dropped the ball on it.

“We struggled a lot, my husband and I, when we first had our kids. With my first child, I had had some medical issues before her and with her. I had a lot going on as far as work. At that time, I couldn’t afford to really quit work. Then I had to take care of my young infant at the time. It was just too much for me to handle, so I stopped school.”

Zepeda had more children, and being their mother became her first priority.

She began to feel stuck.

“I didn’t see anything in my future that would change,” she said.

But when her children got older, she began to think about school again.

“I was very interested in their teaching,” Zepeda said. “When I would go talk to their teachers, I was really motivated by how my kids really enjoyed being in the class with their teachers. I wanted to feel and be able to make an impact like that on young children, just like the teachers had with my kids.”

Zepeda was 36, about to turn 37, when she thought about giving college another try.

But she was still nervous.

“I just felt like for teaching, when I go to the schools, a lot of the teachers who are my age have been teaching for years. A lot of the newer teachers are very young. So I felt out of place. I thought maybe I shouldn’t be doing this.”

But Zepeda also realized that having children of her own, she already knew how to help teach kids and she had a certain patience with them, too. She feels that will help her a lot when she finally becomes a teacher.

She will graduate in August with a four-year early childhood education degree. Then she’ll do the licensure program at UMO and will graduate from that next fall.

“When I was younger, I did pretty good in school,” she said.

She admits that it’s not easy to juggle all of her responsibilities while going to college.

“I have to make sacrifices at home as far as I no longer have the time to go out with my friends as much,” Zepeda said. “I don’t watch TV like I used to. When I go to soccer practice with my kids, I’ll take my schoolbook and read. My day’s really busy for the most part.”

But she’s learned how to be good at time management.

Zepeda has aspirations of teaching kindergarten through third-grade children.

Her advice to men or women thinking it might be too late for them to go back to school or start a new career: “I would say it’s never too late. Don’t wait to do something that you really want to do in your life because life is too short. Just go ahead and do it, but plan before you decide to do it.”