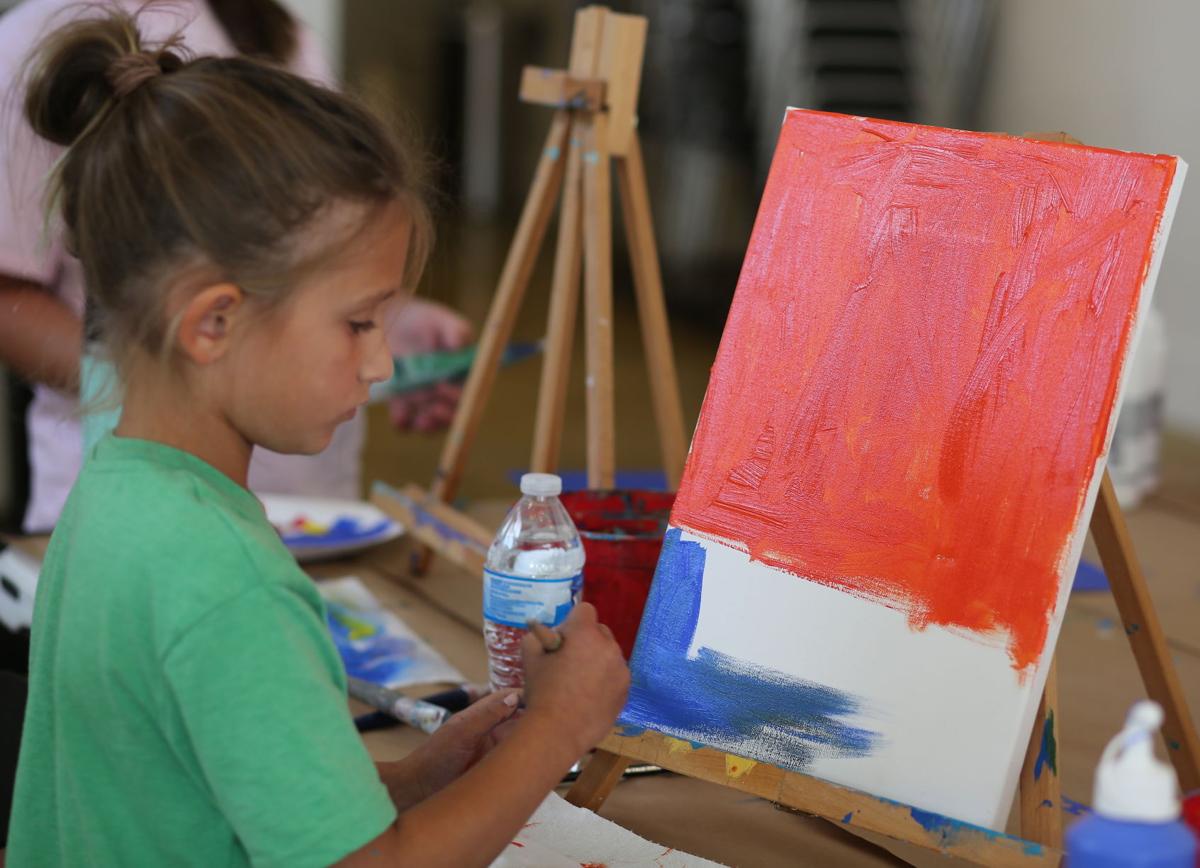 Coralynn Beasley, 7, designs a sunset during an Under the Sea camp at the Arts Council of Wayne County. 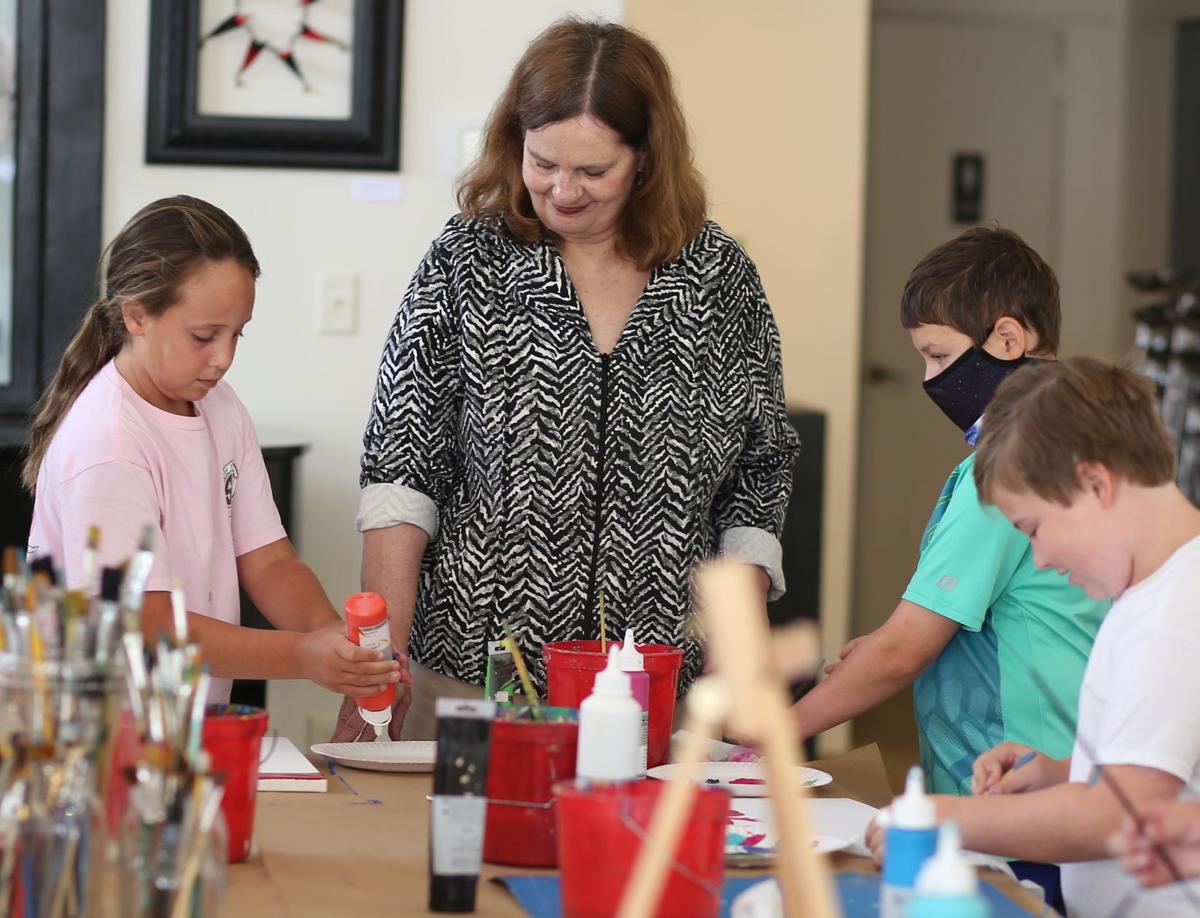 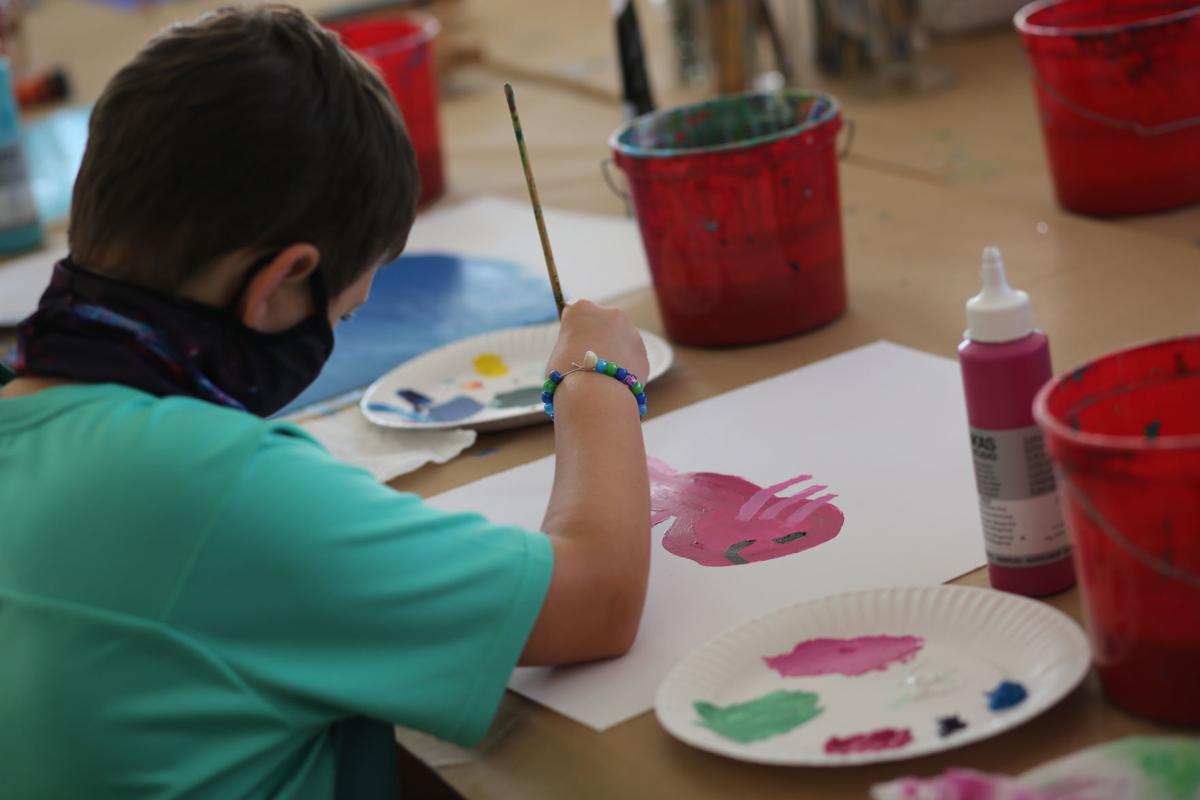 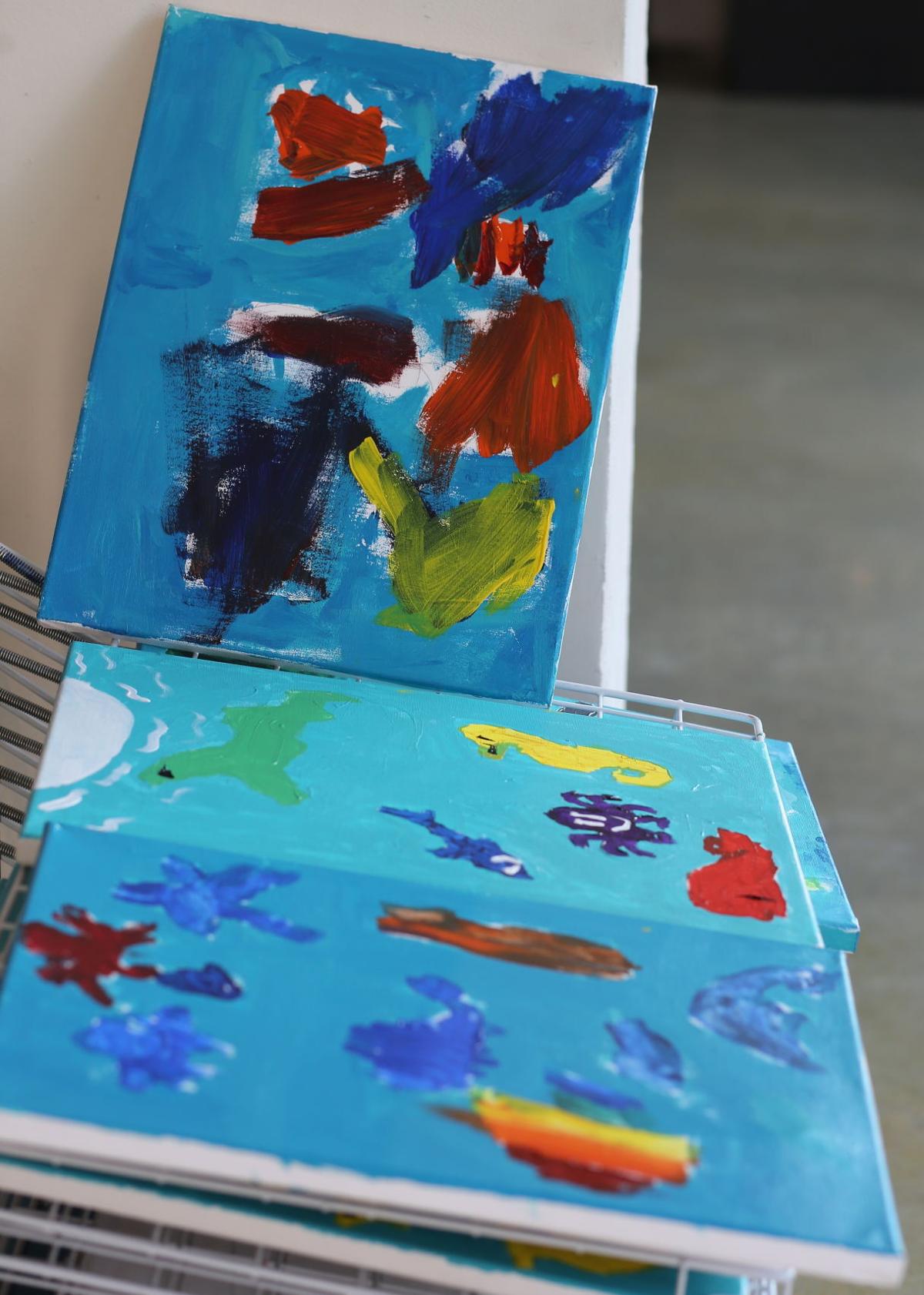 Students in an Under the Sea camp at the Arts Council of Wayne County learned about some odd marine life then painted their own versions of sea creatures.

Coralynn Beasley, 7, designs a sunset during an Under the Sea camp at the Arts Council of Wayne County.

Students in an Under the Sea camp at the Arts Council of Wayne County learned about some odd marine life then painted their own versions of sea creatures.

Students at the Under the Sea camp at the Arts Council of Wayne County learned all about sea creatures — through art.

Alison Hesmer, instructor, said the children, ages 9 through 12, talked about creatures that live under the sea and how they often have funny and interesting names, such as fangtooth, dragon fish, lantern fish, vampire squid, hag fish, firefly squid and seahorse.

They also learned about four fun facts of color: hue, which is another name for color; value, which is lights and darks; intensity, which is brights and dulls; and the temperature, which is cools and warms.

The campers used their imagination to draw a sea creature based on the names of the creatures in the ocean.

“The kids traced some of the sea creatures and painted versions of those fun facts,” Hesmer said. “They experimented with color. They used acrylics.”

She said those projects turned out great.

The students also made giant sea creatures and painted them, then put them on flagpoles. They used jewels and glitter, along with paints, to decorate cutouts of sea creatures.

Liam Jack, 9, painted a mystical sea creature that he made up.

“It’s going to have a whale body, tentacles like an octopus, one eye like a squid and a tail like a seahorse so it can grab onto stuff,” he said. He’s going to give it a name, but hasn’t decided on one yet.

“I thought of all my favorite sea creatures and put them all together, then it makes this one,” Liam said. “I’ve been painting a lot. And water and the ocean are my favorite things.”

Liam said he was learning to be creative and have fun at the camp.

“This is the best camp ever,” he said.

Cooper said he was learning all about creatures that live in the sea and all about colors. He said the camp was fun.

Hesmer hoped the students would have a good time and learn to appreciate art and themselves as artists.

“Art is something you take with you throughout your whole life, even if they don’t become artists,” she said. “There are so many decisions you have in art. It makes you a more creative person.”