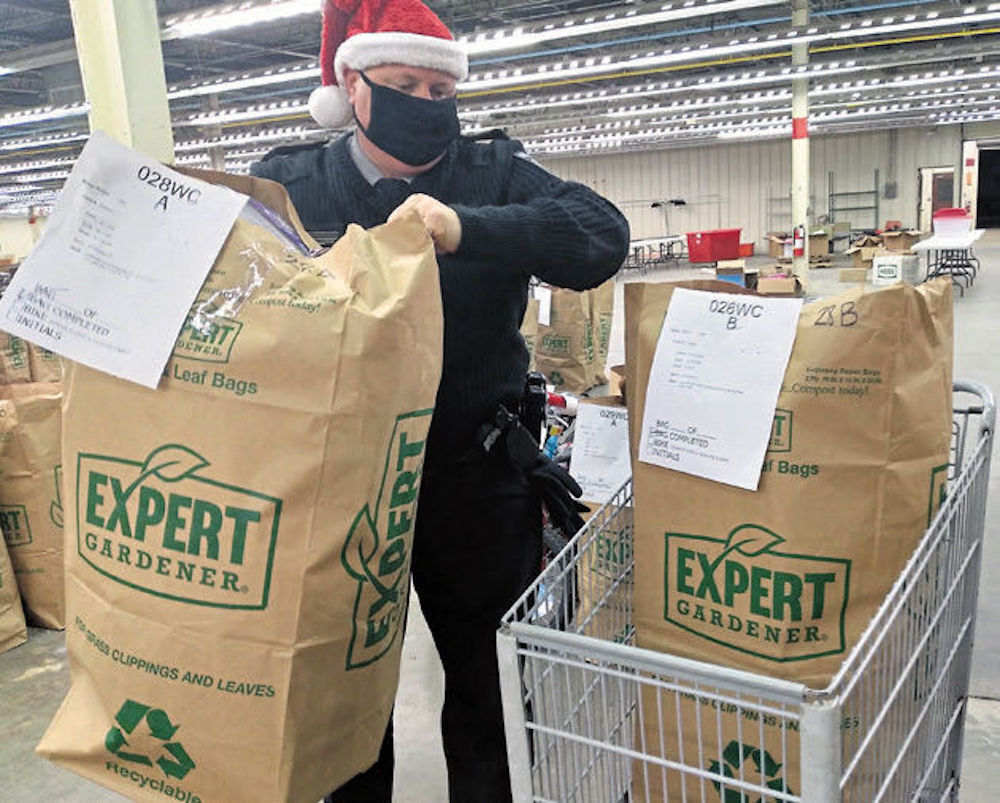 C.J. Weaver, who is on the Salvation Army advisory board, loads bags of gifts into a shopping cart to take out to a car during last year’s Angel Tree distribution event. 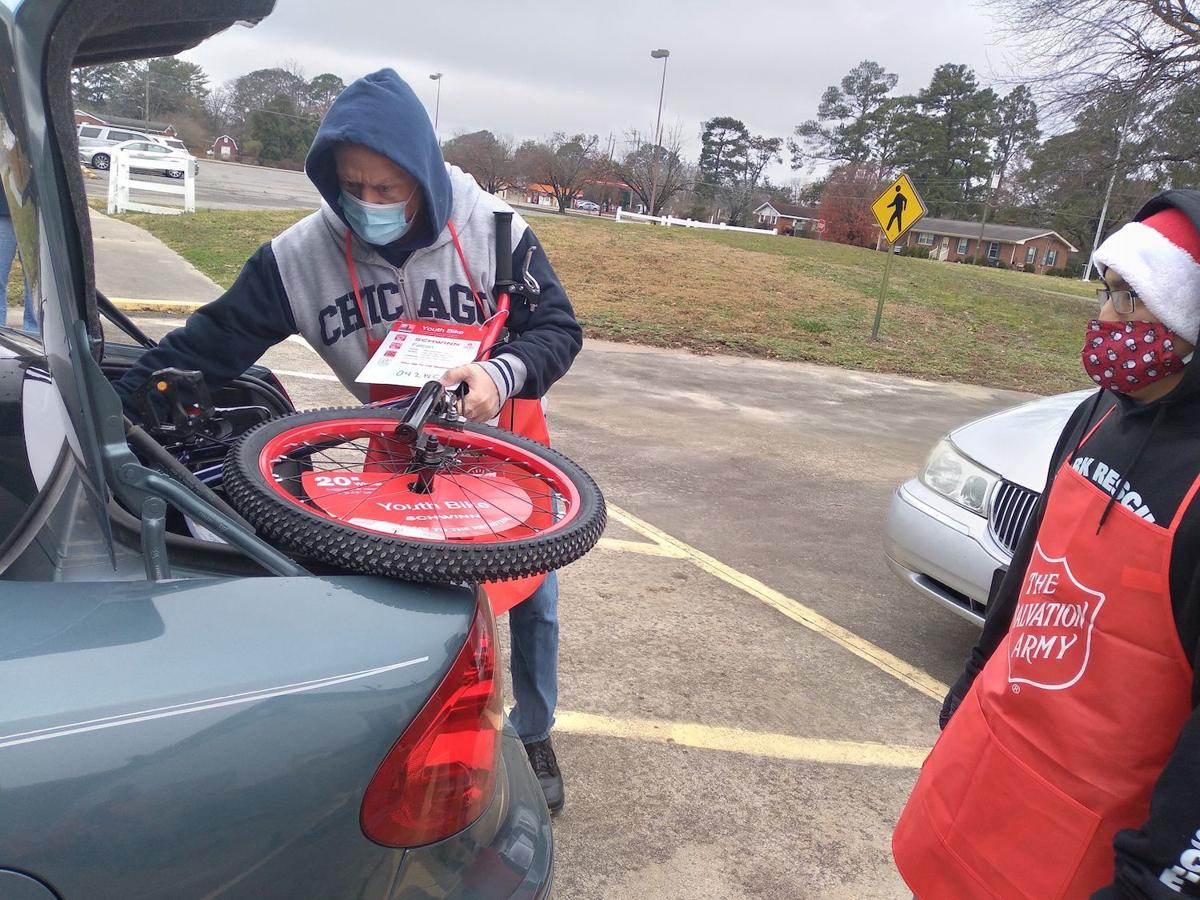 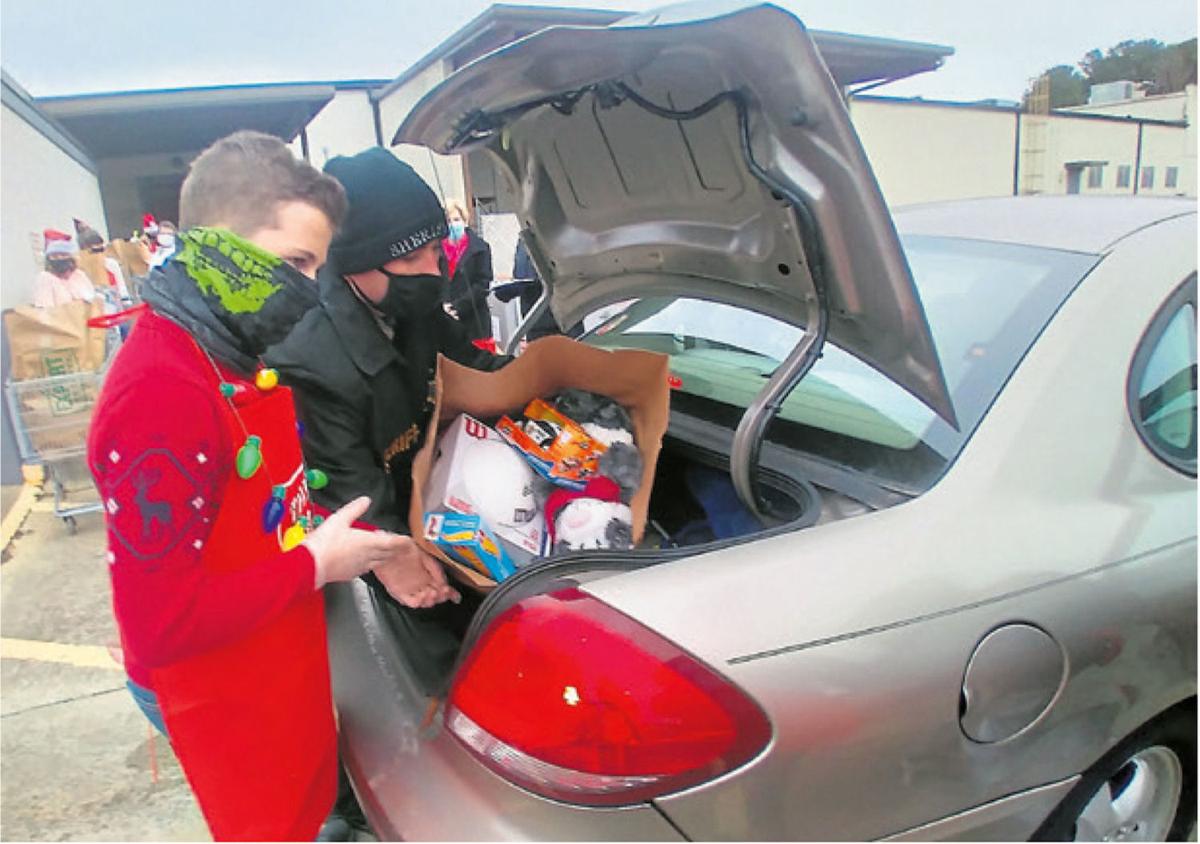 Joseph Hux and his father, John Hux, load Christmas gifts into a car during the Salvation Army’s Angel Tree distribution last year. It will be a drive-thru event again this year.

C.J. Weaver, who is on the Salvation Army advisory board, loads bags of gifts into a shopping cart to take out to a car during last year’s Angel Tree distribution event.

Joseph Hux and his father, John Hux, load Christmas gifts into a car during the Salvation Army’s Angel Tree distribution last year. It will be a drive-thru event again this year.

Through the program — and the generosity of local donors — Wayne County children who might have just a little, and sometimes nothing, under their Christmas tree will have a merry holiday.

The program has been held locally for several years and is run by the Salvation Army.

Staff has been taking applications for Christmas help during October. Once applicants have been approved, Angel Tree tags will be made to either put on Angel Trees throughout the county or to be taken by businesses, individuals and various organizations.

Each tag will contain the first name and age of a child, along with three things the child wants and one thing he or she really needs, said Capt. John Blevins, Salvation Army corps officer.

“The people that are coming to us for help have really humble requests,” he said. “I’ve taken quite a few of these applications myself, and the wants the children are asking for are for dolls, PAW patrol and action figures. We don’t have people asking for a PlayStation and things like that.

“The requests are really humble. We ask (parents and guardians) to give us one thing they (the kids) really need, and one of the needs this year is a backpack. Other needs were just for winter boots, a winter coat, even socks and underwear and a blanket and a pillow.”

The Angel Tree program is for children from birth to 12 years old, children who would probably otherwise have nothing under their tree this Christmas.

“We know that the people who adopt these angels, not everybody has a lot of money to spend,” Blevins said. “But you don’t really have to. We’re just asking that you help us make Christmas bright and merry for a child. It doesn’t really take as much as people think to put a smile on a kid’s face.”

Those who want to help can take a tag from an Angel Tree, purchase gifts and return them to the Salvation Army unwrapped.

Blevins said in past years, some people have also included wrapping paper, ribbon and name tags with the gifts so parents can wrap their child’s presents themselves.

In addition to Angel Trees at various locations throughout the county, there are people and groups that ask the Salvation Army for tags that their employees and members can take. Anyone wanting some Angel Tree tags, or an Angel Tree, should contact Capt. Stephanie Blevins, Salvation Army corps commander, at 919-735-4811.

Last year, the Salvation Army approved about 200 applications for the Angel Tree program.

Blevins said the Salvation Army is seeing a lot of first-time applicants this year.

“It’s telling us that about half the applicants have never received Christmas assistance from us before,” he said.

“That also means that half of the people signing up with us this year didn’t need the help last year or the year before, so that would lead us to believe that in the last year, they’ve had a change in their circumstances, whether they’ve lost a job or one of the things with COVID is a lot of people want to work, but they can’t work because of child care or maybe they’re afraid to send their children to child care because of COVID.”

Blevins said the Angel Tree program is an easy way for people in the community to give children a merry Christmas.

Those unable to physically shop can also donate money, and someone with the Salvation Army will do the shopping.

New, unwrapped gifts are due back to the Salvation Army by Dec. 3.

In order to make the Angel Tree program work, the Salvation Army also needs volunteers to help get items packed for distribution and also on distribution day itself.

Not only do families receive toys for their children for Christmas through the program, but they also have the option of getting a food box, too, with various nonperishable foods and even chickens and turkeys.

Blevins said any organization that would like to donate chickens or turkeys for the food boxes should call the Salvation Army.

He said the Salvation Army purchases food for the boxes and that anyone who would like to help with food can make a monetary donation. The Salvation Army staff will purchase nonperishable foods locally with the donations.

For more information about the Angel Tree program, call the Salvation Army at 919-735-4811.