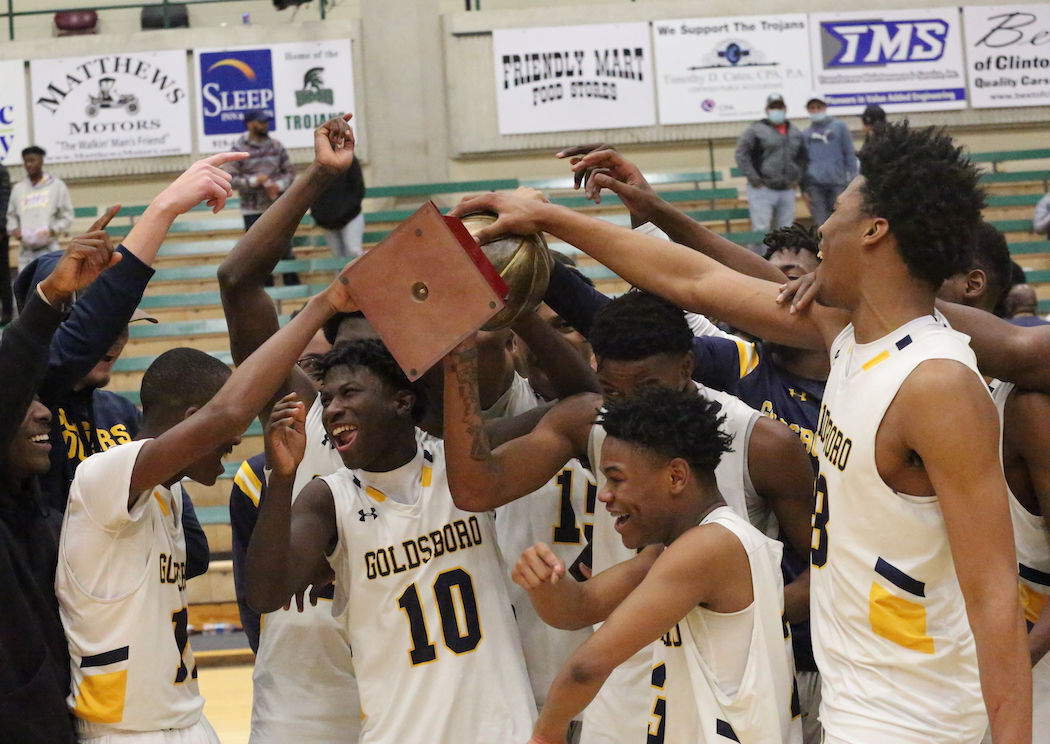 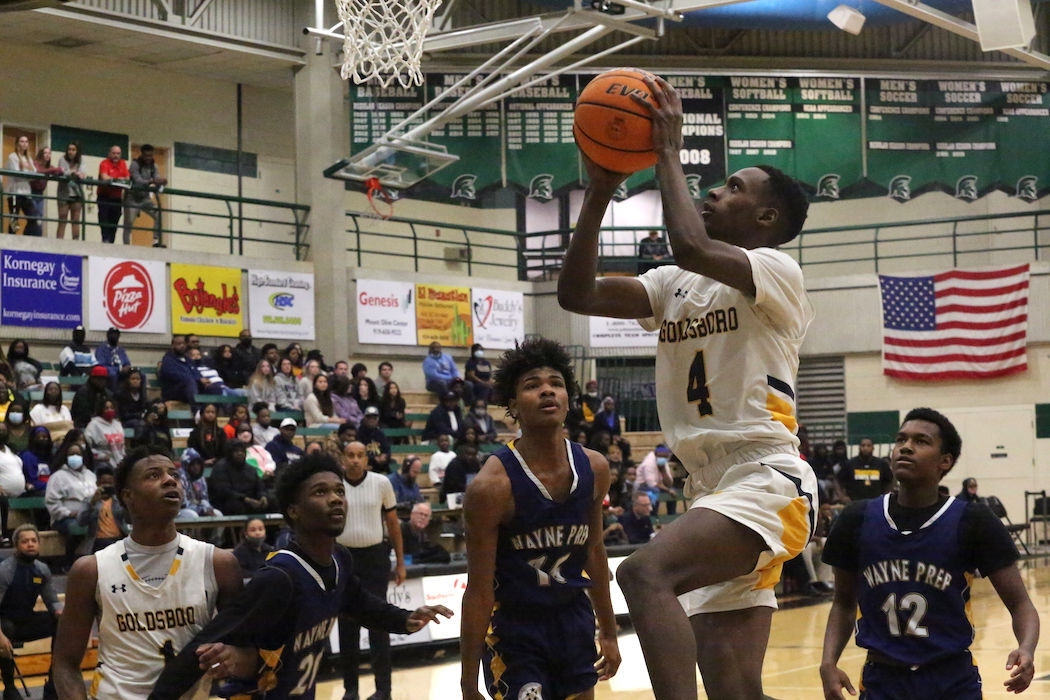 Coming into the final, all the pressure was on Goldsboro, as they entered the tournament as the reigning champions after winning the title in 2019. The 2020 tournament was canceled due to the COVID-19 pandemic.

Goldsboro head coach Jamaal Croom said there was a lot of pressure on him as a coach to win the tournament.

“There is kind of a little pressure on me because the guy (coaching) before me won it every year,” Croom said.

At the beginning of the first quarter, the pressure of trying to win back-to-back Winter Classic championships seemed to weigh on the Cougars, and they got off to a slow start offensively.

Generals guard Donte Shuford took advantage of the slow start from Goldsboro by knocking down two 3-pointers in a row to give Wayne Prep an 8-2 lead.

After falling behind, Goldsboro rallied back going on a 7-0 run to claim a 9-8 lead with four points from guard TajMari Joyner, and a 3-pointer from forward Takorrie Faison.

A few plays later with the game at 12-12, the Generals scored two layups and a free throw to take a five-point lead.

When the first quarter came to an end, Wayne Prep still led by five points, with the score at 21-16.

In the second quarter, Wayne Prep took their largest lead of the game at 37-24 with a layup from Shuford.

In the third quarter, Wayne Prep continued to control the pace of the game by pressing high up the court to earn steals and score on fast break points. Wayne Prep led by as much as 12 points in the quarter, and heading into the fourth, they led 55-45.

Just like in the semifinals of the tournament when Goldsboro was trailing, it was Faison who stepped up when the Cougars needed a basket. With Goldsboro down 59-50 at the beginning of the fourth, Faison scored a layup and a dunk to cut the Generals lead to five.

The four points from Faison seemed to fire up his team, and the Cougars scored five more unanswered points to tie the game at 59-59.

With the game tied late in the fourth quarter, both teams wanted to protect the basket at all costs, and both teams committed several fouls.

Each team scored three free throws after being sent to the free throw line multiple times, and the score was tied up at 62-62.

The next basket in play after the free throw opportunities by both sides came from Myron Miller who hit a layup to give Goldsboro a 64-62 lead.

On the next play, Wayne Prep guard Jaquan Green was sent to the free-throw line with a chance to tie the game. Green only hit one of two free throws, which meant Goldsboro still held a 64-63 lead.

On the next possession, Goldsboro’s Faison was fouled and sent to the line. He was also only able to make one of two free throws. With the score 65-63, Wayne Prep would have a chance to tie the game or take the lead with just over a minute remaining.

With just over a minute left in the game, Goldsboro made the most important stop of the night. After the Cougars grabbed the rebound, Joyner was fouled with 41 seconds left and sent to the line with a chance to seal the game for the Cougars.

Joyner sank both free throws and gave the Cougars a four-point lead, and essentially sealed the Goldsboro win.

When the final buzzer sounded, Goldsboro came out on top 69-66.

Faison was named Most Valuable Player of the tournament and led his team in scoring with 25 points.

Eight of Faison’s points came in the fourth quarter.

Faison said he began to play more aggressively in the fourth quarter when he felt that his team needed him to score.

“I was like I’ve just got to pick it up,” he said. “I’ve got to get in the paint more. I have to stop settling for jump shots and playing soft.”

The Mount Olive Winter Classic is a mid-season basketball tournament that is hosted every year by the University of Mount Olive. Every year, eight teams are invited to participate in the tournament. This year James Kenan, Wayne Christian, South Johnston, Goldsboro, Parrott Academy, Wayne Prep, Southern Wayne and Goldsboro were invited to participate.

With the win, Goldsboro improved to 5-3 this season, and Wayne Prep fell to 7-4 with the loss.