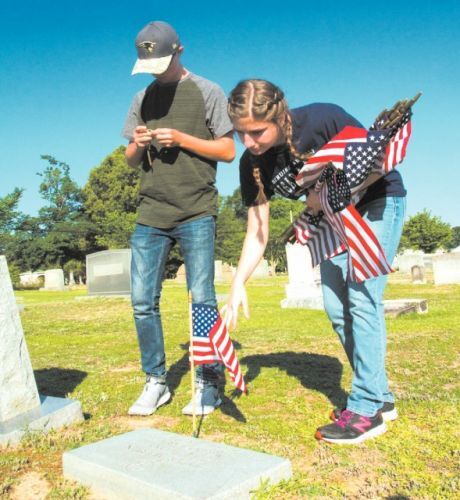 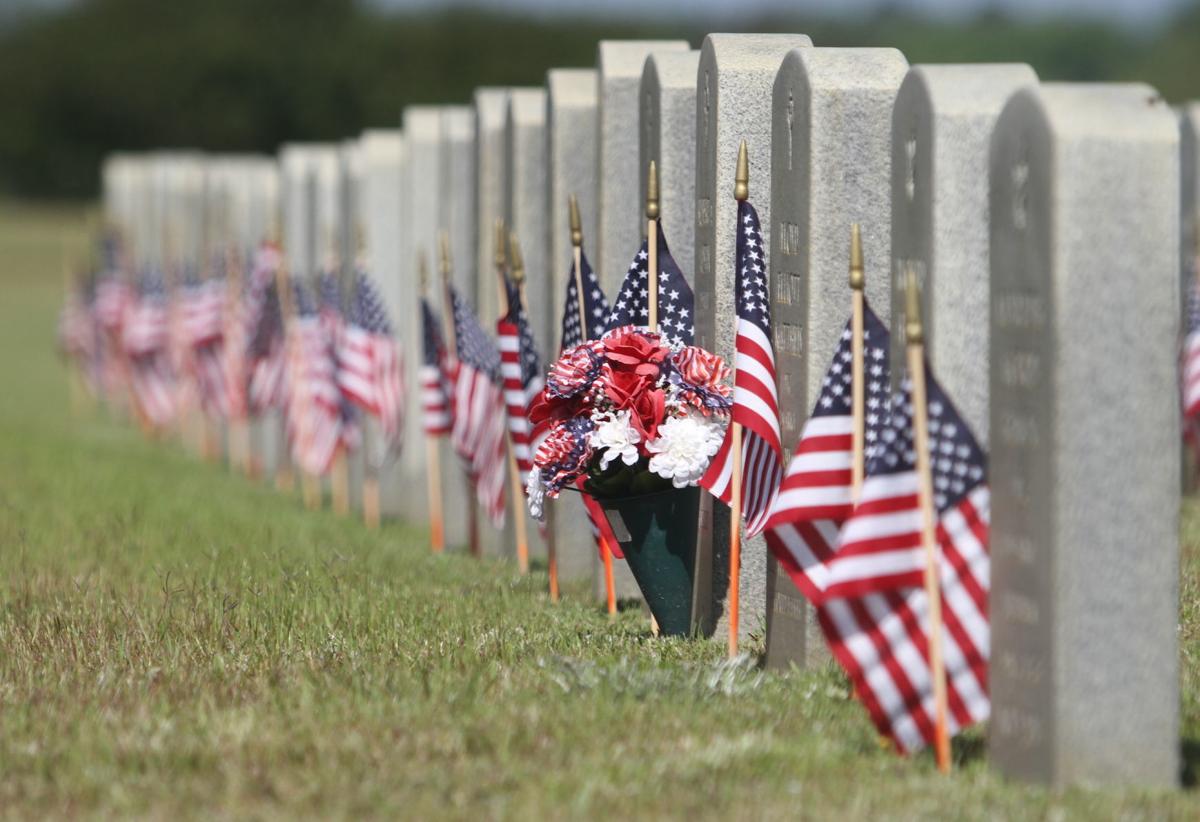 Flags decorate the graves at the Eastern Carolina State Veterans Cemetery in observance of Memorial Day in 2020.

Flags decorate the graves at the Eastern Carolina State Veterans Cemetery in observance of Memorial Day in 2020.

As Memorial Day approaches, one local group of veterans is buying American flags that will adorn the graves of brave men and women who have served their country.

Members of Veterans of Foreign Wars Post No. 9959 will place between 350 to 400 flags on veterans’ graves in Maplewood Cemetery, Carver Cemetery and surrounding family-owned grave sites Saturday.

“It’s very important to recognize the veterans because a lot of them, I really hate to say, we’re the only ones who ever go to their grave site,” said Jimmie Outlaw, commander of VFW Post 9959.

On Sunday at 3 p.m., the local post will host a memorial service in Maplewood Cemetery. The service, featuring retired U.S. Army Col. Kenneth G. Sullivan as keynote speaker, will include a wreath laying.

Outlaw, an Army veteran who served a year in Vietnam as a combat engineer, said people need to remember the sacrifices of veterans who are still alive today and those who have died for their country.

“They need to thank veterans, respect veterans, and it is a day to celebrate the veterans that are still living, that have passed on, for their service (and what) they have done for their country,” Outlaw said.

Also on Saturday, beginning at 9 a.m., the traditional “Flags In” tribute will take place at area cemeteries.

The flags will remain up until Tuesday, when removal will begin. Flags will be cleaned and returned to the American Legion for preservation until they are used again next year.

In addition, the state will be issuing more than 1,000 flags for the Eastern Carolina State Veterans Cemetery, 164 Long’s Plant Farm Road. The coalition is suggesting people visit the veterans cemetery beginning at around 10 a.m. Saturday to view those.

On Memorial Day at 3 p.m., the Veterans and Patriots Coalition will take part in the National Moment of Remembrance. The coalition’s observance will be at the Wayne County Veterans Memorial in downtown Goldsboro across from the courthouse. The observance will include a minute of silence, followed by a three-gun volley and taps.

The Wayne County Veterans and Patriots Coalition is a nonprofit umbrella organization that helps to coordinate activities of area veterans groups. It has an office at 2001-D E. Ash St., Goldsboro.

Bill Graham, chief executive officer of the coalition, said he hoped the public would come out and support the coalition’s events, most of which were canceled in 2020 because of the coronavirus pandemic.

“We’d like to see everything return to somewhat of a normal life with the programs now,” Graham said.