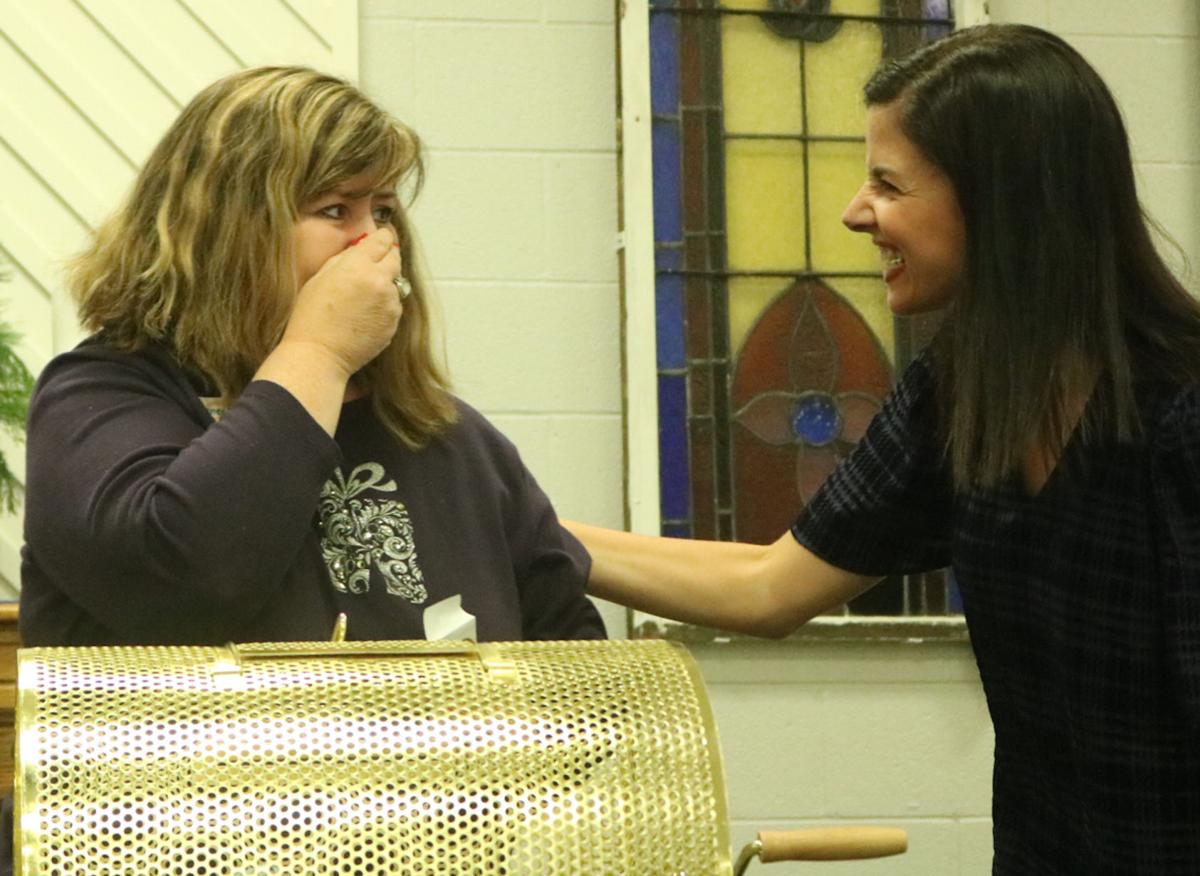 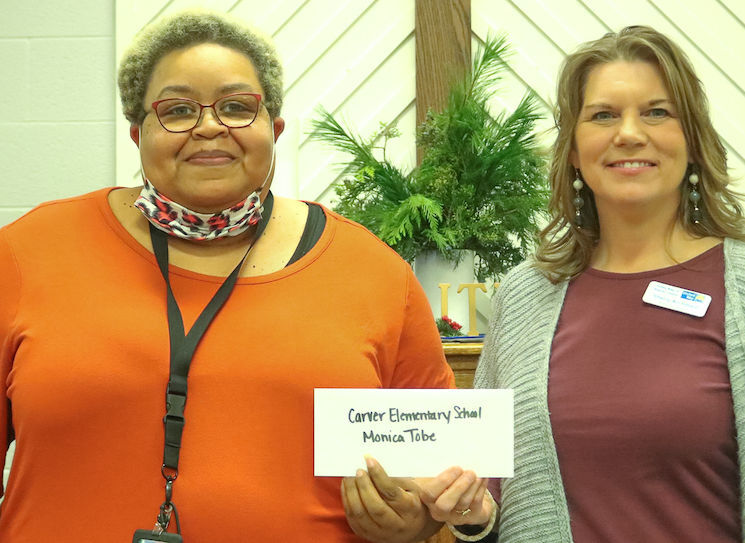 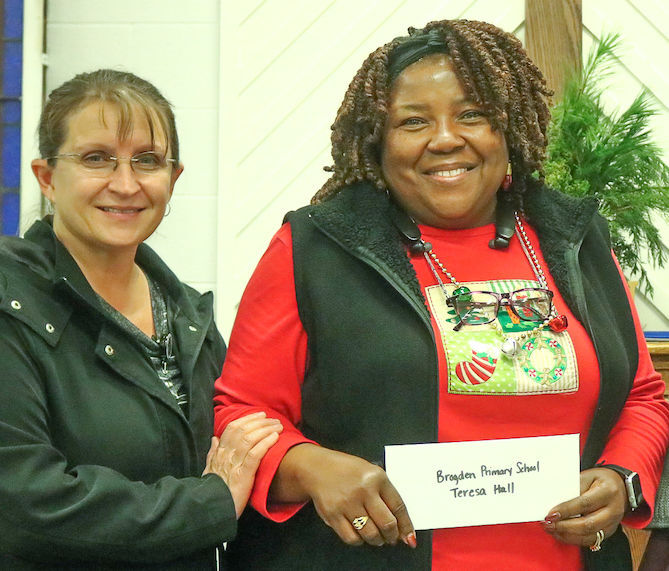 Receiving a $500 education grant from the United Way are Sharon Rogers, left, and Teresa Hall, with Brogden Primary School.

Receiving a $500 education grant from the United Way are Sharon Rogers, left, and Teresa Hall, with Brogden Primary School.

Wendy Jones won the United Way of Wayne County’s Fair Share Challenge this year, a prize of $10,000 in cash.

She and 19 other finalists received envelopes with a key to a padlock on the golden barrel that contained Monopoly money during the United Way’s recent campaign finale event at St. Paul United Methodist Church.

Jones, a bookkeeper at Brogden Primary School, cried when her key opened the lock on the golden barrel.

“My dad has been sick and in need of hospice care,” she said. “This will help make that happen. It was an amazing experience, and I can’t believe I just won $10,000.”

Jones thanked United Way for all it does for the community, saying, “Giving back is truly a blessing for those who do it.”

The Fair Share Challenge was open to anyone who donated their fair share to the campaign, which is one hour’s pay per month for 12 months. This year, 50 semifinalists were chosen and that number narrowed down to 20 finalists in November.

Funds for the drawing were provided by an anonymous donor, who earmarked the prize just for the Fair Share Challenge.

One school was selected from those schools that had a $30 per capita giving to receive a $5,000 school grant. Carver Heights Elementary was the winner.

Winter Goodson, Carver Heights Elementary principal, said she will meet with her team soon to talk about how best to use the prize to serve the school’s students.

Bethany Perry, United Way’s 2021 campaign chairman, emceed the campaign finale, and thanked the organizations that held employee campaigns, investors who supported the programs, community partners that planned and did the programs and volunteers who made it all come together.

“I’m excited to share with you that we are at 76% of our goal to raise $850,000 to impact the lives of 17,000 Wayne County residents,” Perry said. “We still have work to do before wrapping up at the end of the year, so please support United Way’s 2021 community campaign.”

“We never know how long this process (drawing) can draw out, but this year our second finalist had the key that opened the padlock on the golden barrel,” she said.

Archibald thanked everyone who supported the United Way campaign.

The campaign officially ends on Dec. 31.