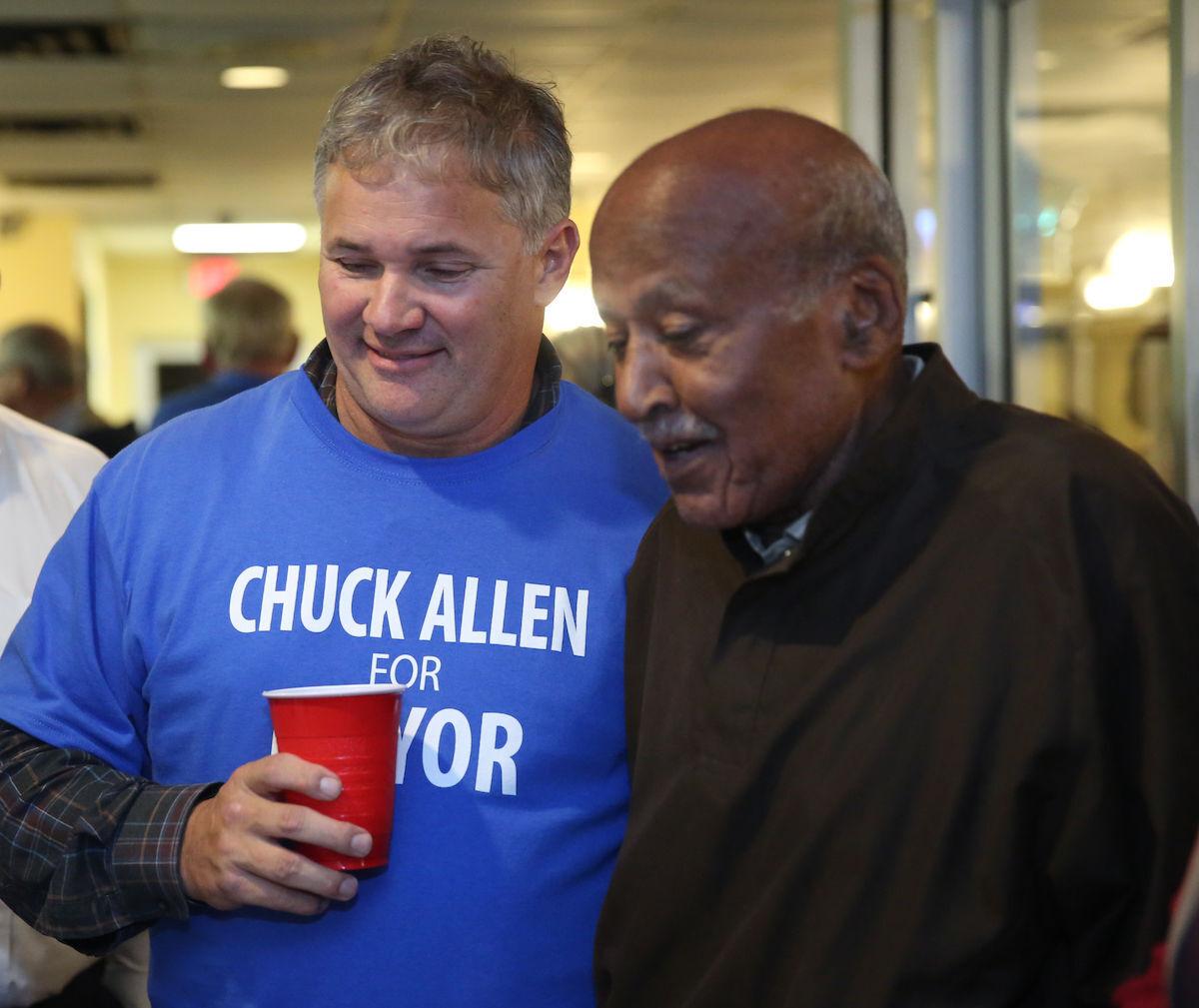 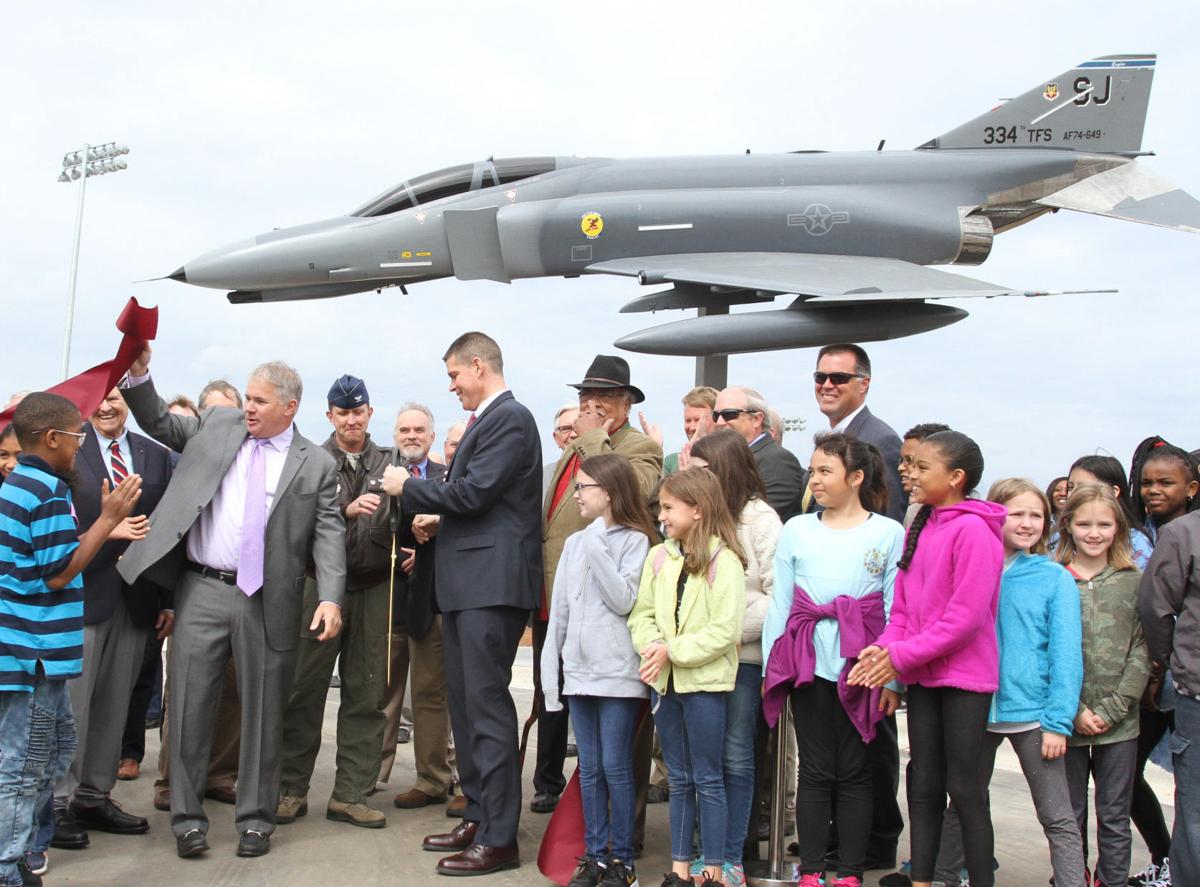 Mayor Chuck Allen holds up the ribbon after he and Air Force dignitaries cut the ribbon to officially open the Bryan Multi-Sports Complex in April 2018. 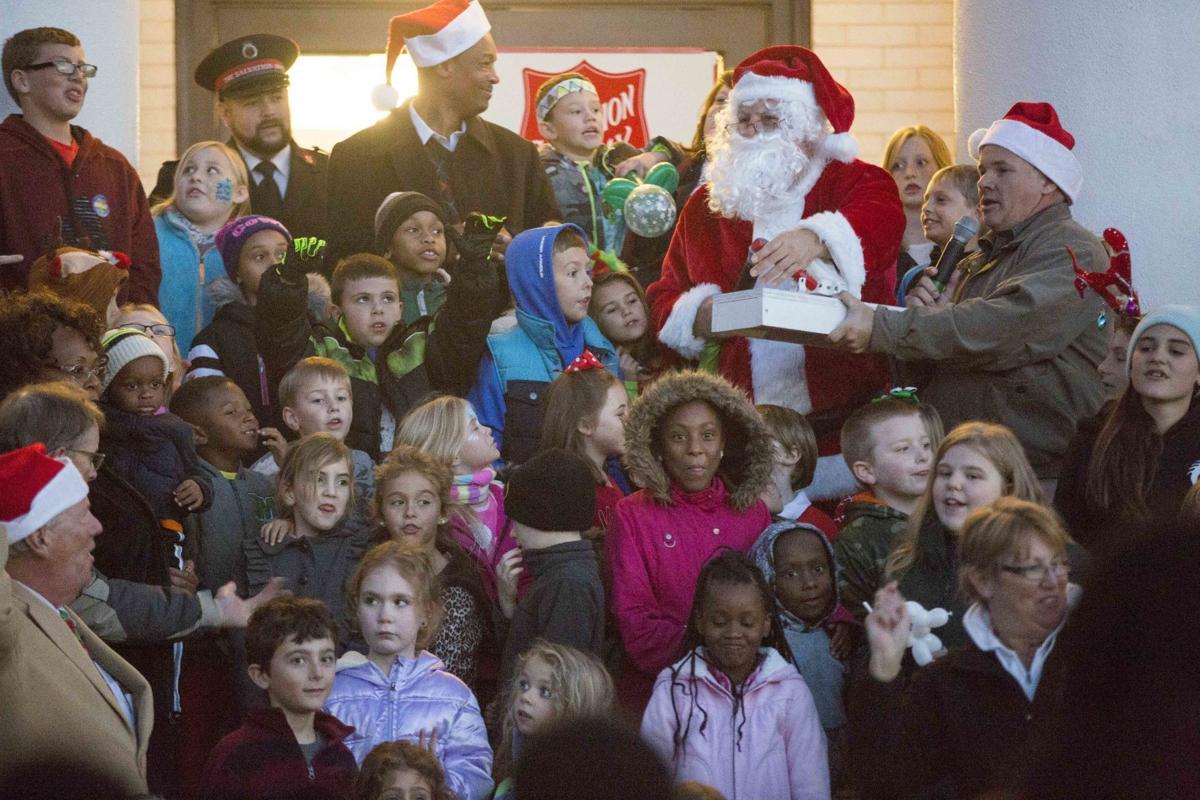 Mayor Chuck Allen and Santa Claus switch on the downtown Christmas lights on the steps of City Hall during Downtown Lights Up in November 2016.

Mayor Chuck Allen holds up the ribbon after he and Air Force dignitaries cut the ribbon to officially open the Bryan Multi-Sports Complex in April 2018.

Mayor Chuck Allen and Santa Claus switch on the downtown Christmas lights on the steps of City Hall during Downtown Lights Up in November 2016.

Former Mayor Chuck Allen was remembered by friends and community leaders Friday as having a heart for the city and rallying to make Goldsboro a better place for its residents.

“Chuck was a good friend, a strong and visionary leader for the city of Goldsboro and a selfless public servant,” said Gov. Roy Cooper Friday. “His great work in promoting Seymour Johnson Air Force Base, combatting natural disasters and improving people’s quality of life will always be remembered.”

Allen served in public office 22 years, as mayor since 2015 and on the Goldsboro City Council from 1999 to 2015. After his diagnosis in November 2019, he continued to serve as mayor until deciding in March to take a leave of absence. He later resigned in June.

Al King, former Goldsboro mayor who served for more than a decade until 2015, said Friday he shed some tears for his friend.

“I just couldn’t believe it,” King said. “Chuck was my friend. I never had a friend closer than Chuck Allen. I knew him when I became mayor. He was the person who approached me to take the job. I also knew him before that.”

King said Allen was a great guy who’d tell you in a heartbeat what was on his mind. And if you didn’t like it, King said, that was too bad.

“In high school, he was a great guy,” Perry said. “We were acquaintances because he was two classes behind me. But the thing I remember about Chuck is he had a Jeep and it always had mud on it in high school. Of course, he was in the grading business, so maybe that was his introduction to the business.”

Perry said Allen had the biggest heart of anybody he’s ever known and had a passion to serve the residents of Goldsboro and Wayne County.

“That was his true, true passion,” he said. “He really enjoyed it. He had so many great relationships. He did so much for our community — everything from having the new City Hall built to the downtown revitalization project. He also fast tracked the new Highway 70/Interstate 42 bypass.”

But most importantly, Perry said, Allen did so much for economic development, helping provide jobs for residents.

“His heart was so big, he always wanted to do what was right,” Perry said.

Perry said as a man, Allen had a great sense of humor and was very caring. Perry said he’d do anything for anybody, Perry included.

“I’ll just miss him as a great friend,” he said. “And our community’s going to have a huge void. There’s not too many Chuck Allens out there.”

“Chuck and I worked on a number of projects together,” he said. “I could find no one who had a greater zeal for the betterment of Wayne County and Goldsboro.

“He’s going to be missed because I don’t know of anyone who’s going to fill those shoes. But we’ll have to move forward and always look toward the brighter side of things when it comes to Chuck. I’m really going to miss him.”

Commissioner Wayne Aycock, chairman of the Wayne County Board of Commissioners, said it was a sad day for Goldsboro. He said Allen will be missed in Goldsboro and throughout Wayne County.

Aycock said it was remarkable to see Allen interact with influential people as well as the average person on the street.

“He’d treat them the same,” he said. “He fit right in with both. He was a people person.”

Allen was a confident leader and a very persuasive person, Aycock said.

“He made things happen that no one else could’ve made happen,” he said. “He could get things done.”

Allen was instrumental in getting the Maxwell Regional Agricultural and Convention Center started, as well as the new U.S. 70 Bypass, Aycock said.

“I’m just so thankful that we got to name a section of the highway in honor of him before he passed away,” he said. “He loved the city of Goldsboro, and he loved the people in it.”

In May, Allen had said that he appreciated the naming of a portion of the new U.S. 70 Bypass for him, and was grateful for the support he had received from the community.

"No doubt about it, I'm honored," he said at the time.

Even so, he said, the things he did for the community were not about tributes and accolades.

"That's not why we do stuff like that," Allen said. Serving the community is "just the right thing to do."

"Our community lost a very special person today," Bell said. "Mayor Chuck Allen cared deeply about the people of Goldsboro and accomplished so much for our region.

"He always put others first, and Goldsboro is a better place because of him. I will miss my friend, Chuck, dearly."

Allen was involved with many organizations, including the Boy Scouts, Wayne County Chamber of Commerce, Wayne County Development Alliance, Goldsboro Transportation Advisory Committee and the Highway 70 Corridor Commission, where he played a vital role in opening the Goldsboro Bypass in 2016. In June, Allen was honored with a ceremony to unveil the Chuck Allen Highway.

He also received the Order of the Long Leaf Pine by Gov. Roy Cooper in May.

"Our connection to the city and its members is strong, and we are grateful to have had a longstanding relationship with Mayor Allen. The support provided to Seymour Johnson from Mayor Allen and his family will forever be appreciated.”

A celebration of his life will be Tuesday at 4:30 p.m. at The Farm, 200 Arrington Bridge Road.