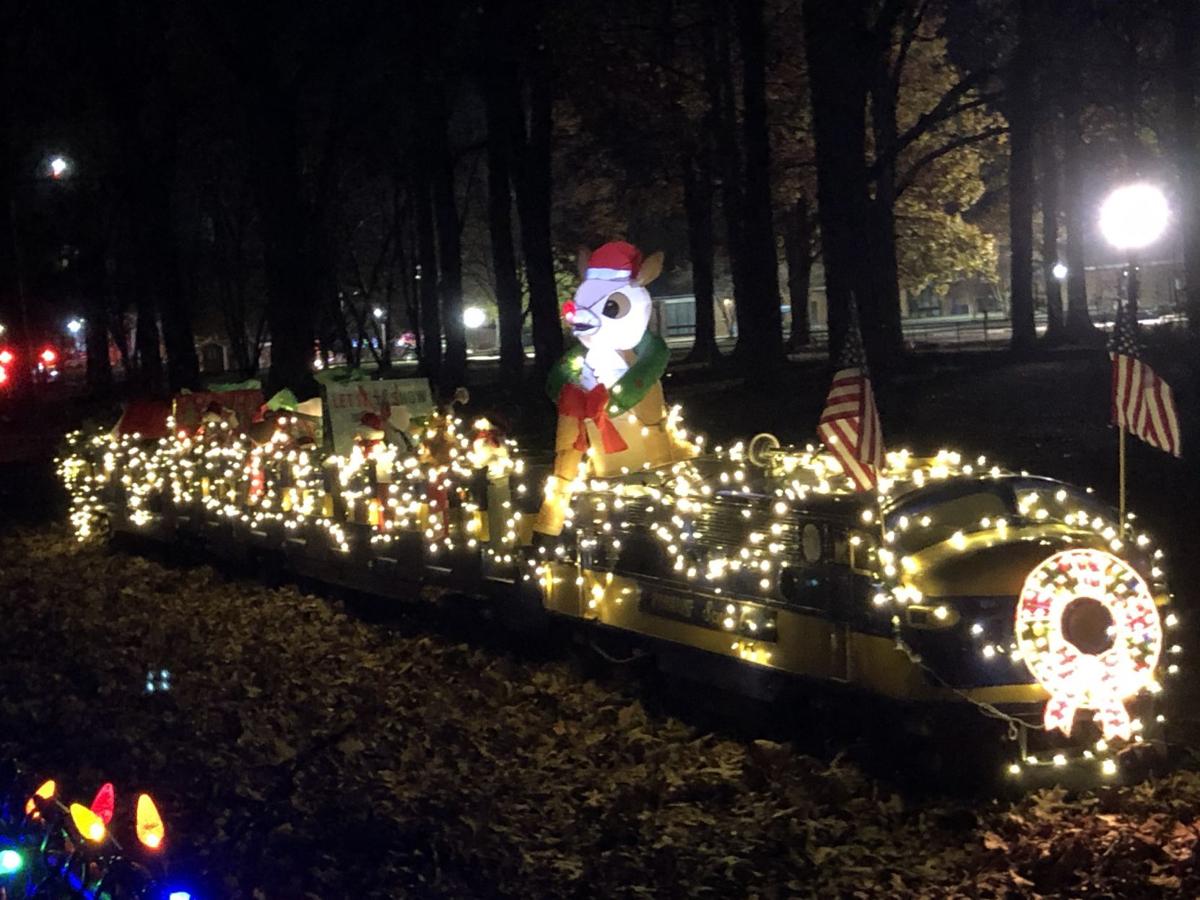 The Polar Express is decked out for holiday rides that will be offered during the Christmas season at Herman Park. 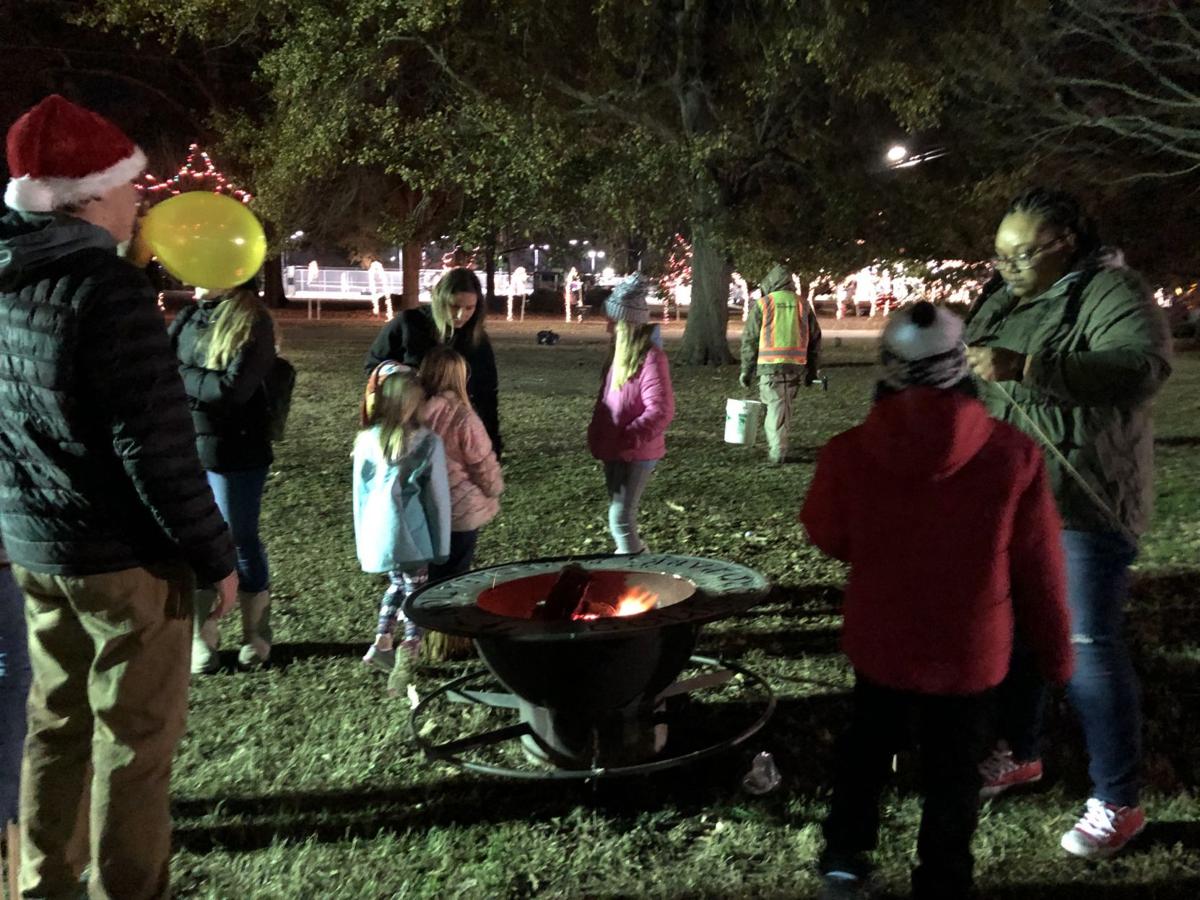 Polar Express riders make s’mores around the fire at Herman Park during a previous year. Kits to make s’mores and hot chocolate will be available at $1 each. 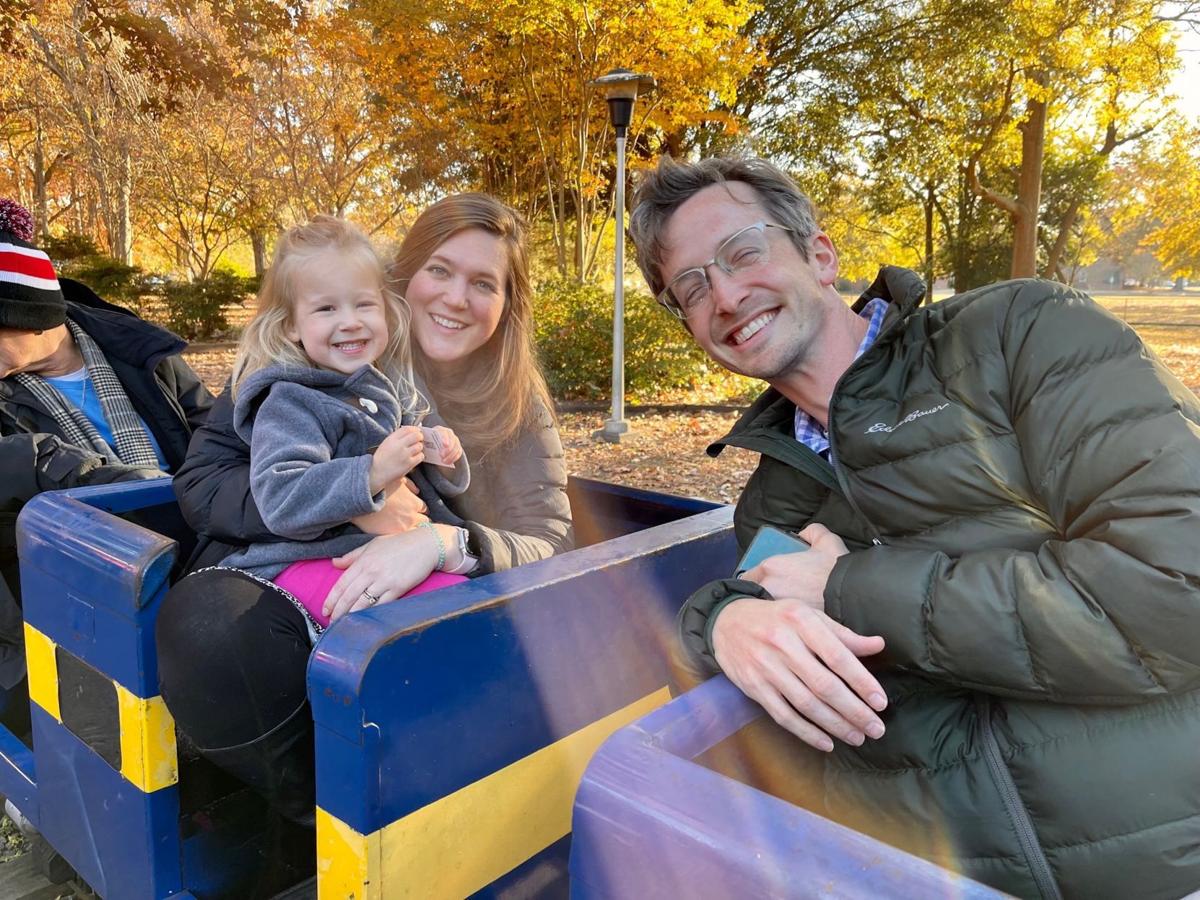 The Millay family tests out the Kiwanis train before it’s transformed into the Polar Express for the holiday season.

The Polar Express is decked out for holiday rides that will be offered during the Christmas season at Herman Park.

Polar Express riders make s’mores around the fire at Herman Park during a previous year. Kits to make s’mores and hot chocolate will be available at $1 each.

The Millay family tests out the Kiwanis train before it’s transformed into the Polar Express for the holiday season.

With the coming of Christmas also comes the arrival of the Polar Express.

The Kiwanis Club of Goldsboro has operated the Polar Express miniature train for the holidays for the past 10 years, said Becky Craig, club president.

The Polar Express begins its run during the weekend of Jingle in the Park, which is hosted by the Goldsboro Parks and Recreation Department, then continues for two more weekends. The train is based on the train from the movie “The Polar Express.”

Tickets are $1 for all riders. The train ride lasts about five minutes, Craig said.

A Kiwanis Club member drives the train, as does Santa sometimes.

The Polar Express will be decorated for the holidays, Craig said.

“The whole area is going to be decorated in a Polar Express theme,” she said. “At the first turn, we’ll have the little boy’s bed lit up. Then we’ll go around the corner and you’ll see a scene with the kettle hanging from the tripod with fake fire.

“Our goal is to give riders some remembrances of ‘Polar Express.’ ”

The club will also be selling s’mores kits that people can make right there at the fire, as well as hot chocolate. Everything is $1.

Those operating the train are all Kiwanis volunteers. Volunteers from the Kiwanis’ high school Key Clubs will also be on hand. Key Clubs are from the Wayne School of Engineering, Eastern Wayne High School, Wayne Country Day School and Wayne Early/Middle College High School. The students help with concessions and are also safety officers on the back of the train.

“We’re all volunteers,” Craig said. “And we love seeing families come together, especially outside. Even if it’s cold, it’s going to be great.”

She suggests riders take a blanket because the train seats are metal and can get cold.

“We think the train brings a little bit of joy to families and children during the holiday season,” Craig said. “It’s something fun to do in Goldsboro and something we think Goldsboro is known for. It’s a tradition here for families.”

The Polar Express train offers a great memory across the generations of families, she said.

The Polar Express will be a bittersweet experience for club members this year, Craig said.

“We’re a little nostalgic, a little sentimental about this time in the train’s life,” she said. “It’s been going around that track since 1955 with the exception of last year during COVID.”

The club is replacing its existing train with a brand new one in March.

For more information about the Polar Express or to arrange a private party, call Chip Craig at 919-273-6416.