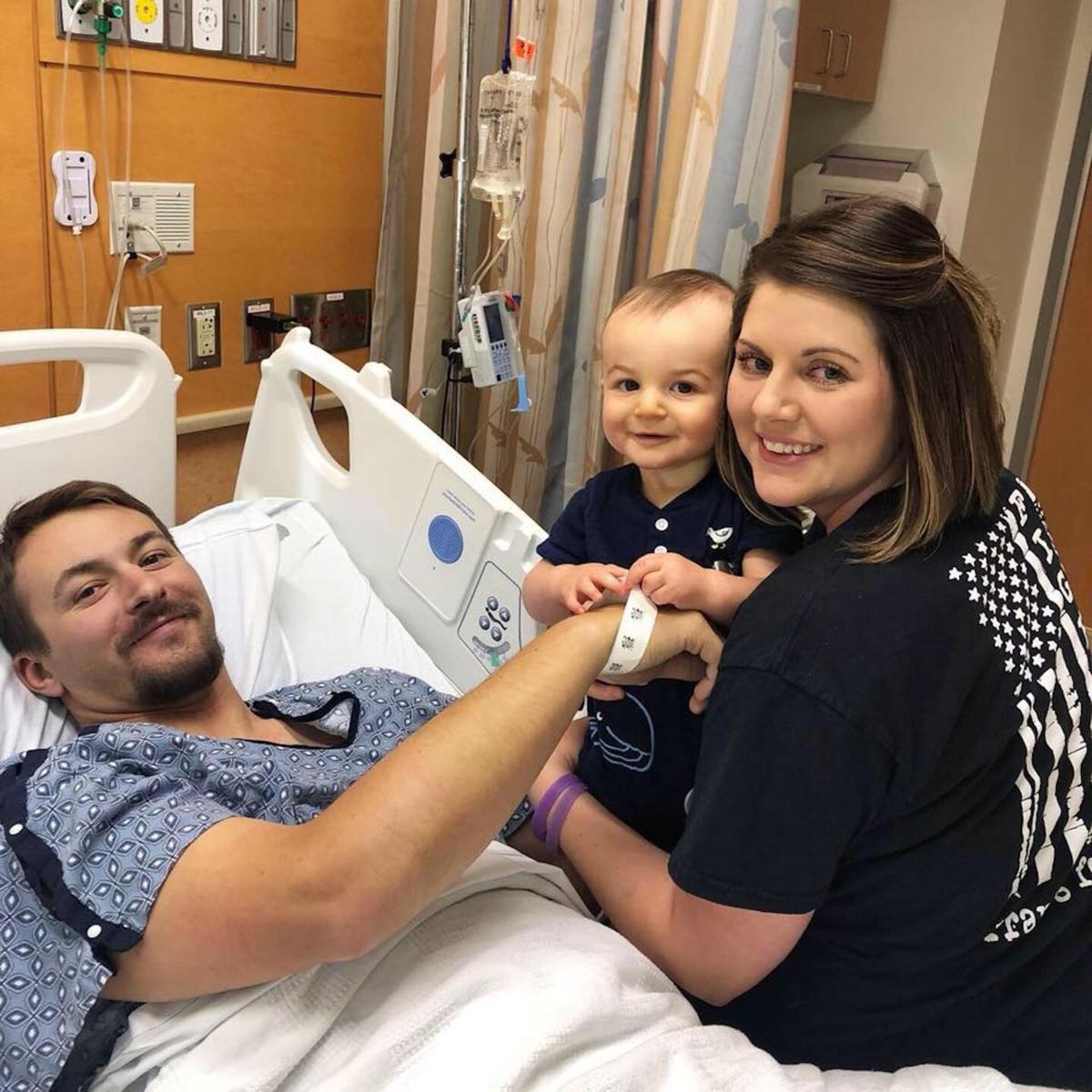 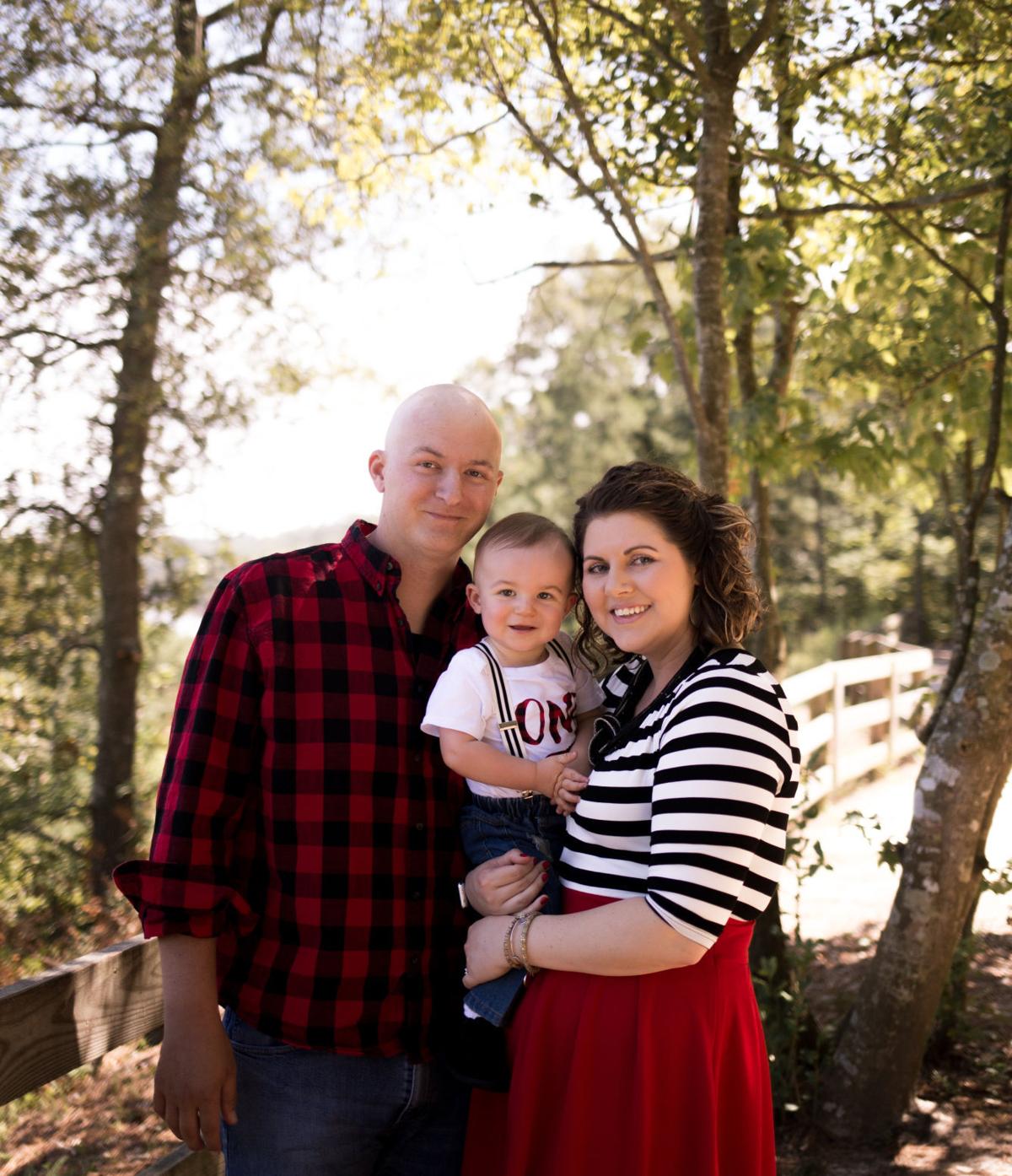 Cody Boyette and his wife, Elizabeth, and son, Eli, take a break outside during the time Cody wasn’t in the hospital.

Cody Boyette and his wife, Elizabeth, and son, Eli, take a break outside during the time Cody wasn’t in the hospital.

Cody Boyette and his family saw an outpouring of support and love from the community while he was undergoing treatment for cancer.

Now his wife, Elizabeth, is hoping for an outpouring of support for a memorial blood drive in Cody’s name. He lost his battle with the disease on June 20, 2020 at the age of 27.

“We know that every pint of blood that was given to him gave us more time and memories together,” Elizabeth said. “We want to help others in the same manner to give them more time together.”

The blood drive is being sponsored by the Cody Boyette Foundation, a nonprofit that Elizabeth, founder and executive director, started in her late husband’s memory in March to help cancer patients and their families make memories together.

“Whether it’s a weekend in the mountains with a campfire by the lake or a relaxing weekend at the beach with their family and kids, or maybe it’s experiences closer to their home, whatever it may be, we want to help others make memories that will last a lifetime,” she said.

“Our heart as an organization is helping these families and giving them things that they want, memories that they want to make together. When someone passes, that’s invaluable, priceless. The same type of community that supported us during our journey, we want to help them.”

The blood drive came about when Elizabeth reached out to the American Red Cross.

“Once I heard her husband’s story, I was like, yes, let’s do this,” said Miranda Harrison, Red Cross senior account manager. “The fact that he’s (Cody) got local ties to this community, in the Seven Springs area and Mount Olive, I definitely think that will help to draw people out, and with him being so young, it’s so impactful.

“His story is going to really touch people and motivate people to think about the need (for blood) and about how quickly life can change.”

Harrison said the blood drive is especially needed now because of blood shortages. She said June is always a critical need month for the Red Cross.

“During normal times, June is like when schools are shut down, people are road tripping and having fun at the pool and the beach, so collections are typically down,” she said.

“And so now what we’re faced with is things are opening back up and people are really distracted. To have a drive such as this during this time is always very beneficial to us and to our hospital patients that are relying on us.”

Cody was diagnosed with testicular choriocarcinoma in June 2019. At the time, he and Elizabeth had a son, Eli, who is now 2 1/2. For most of Cody’s hospital stays, Elizabeth was by his side, away from home and their son. Cody’s family from Wayne County and Elizabeth’s family from the Outer Banks also stayed with him.

“The final chapter of his battle with cancer was three back-to-back stem cell transplants,” she said. “He spent about four months consecutively in the hospital, even holidays, being admitted in October of 2019.”

Cody was a fighter, even in the hospital.

“He made up his mind the day he was admitted that October for his stem cell transplants that he was going to walk seven marathons at the hospital because it had never been done before — and he did it,” Elizabeth said.

“He holds the all-time record on the bone marrow transplant unit for walking seven marathons (each is 26.1 miles).”

Elizabeth said Cody walked one small circular hallway a few thousand times to do seven marathons. The hospital gave him seven medals, one for each marathon.

“He pushed himself to do that,” she said.

“He was the hardest working, most loyal and dedicated not only son, but husband and father. He was so wise with Godly wisdom. He knew the impact of quality time and making memories. He prided himself on memories and not things.”

Anyone wanting to make an appointment for the blood drive should go to www.redcrossblood.org or call 800-733-2767.

Harrison said as a special thank you, donors will receive a $5 Amazon gift card via email and a free doughnut and cup of coffee from Krispy Kreme.

“We want to memorialize Cody in a special way, and we think the best way for us to do that is to save a lot of lives and truly have a tremendous impact on those patients that are counting on us,” she said. “Every two seconds, someone in the United States receives a blood product.”

Elizabeth said that if Cody is looking down from heaven, he would be humbled by the memorial blood drive.

“He would be absolutely humbled to be an example and a light to others going through a journey that he knew all too well,” she said. “He would probably sit before you and just weep.”