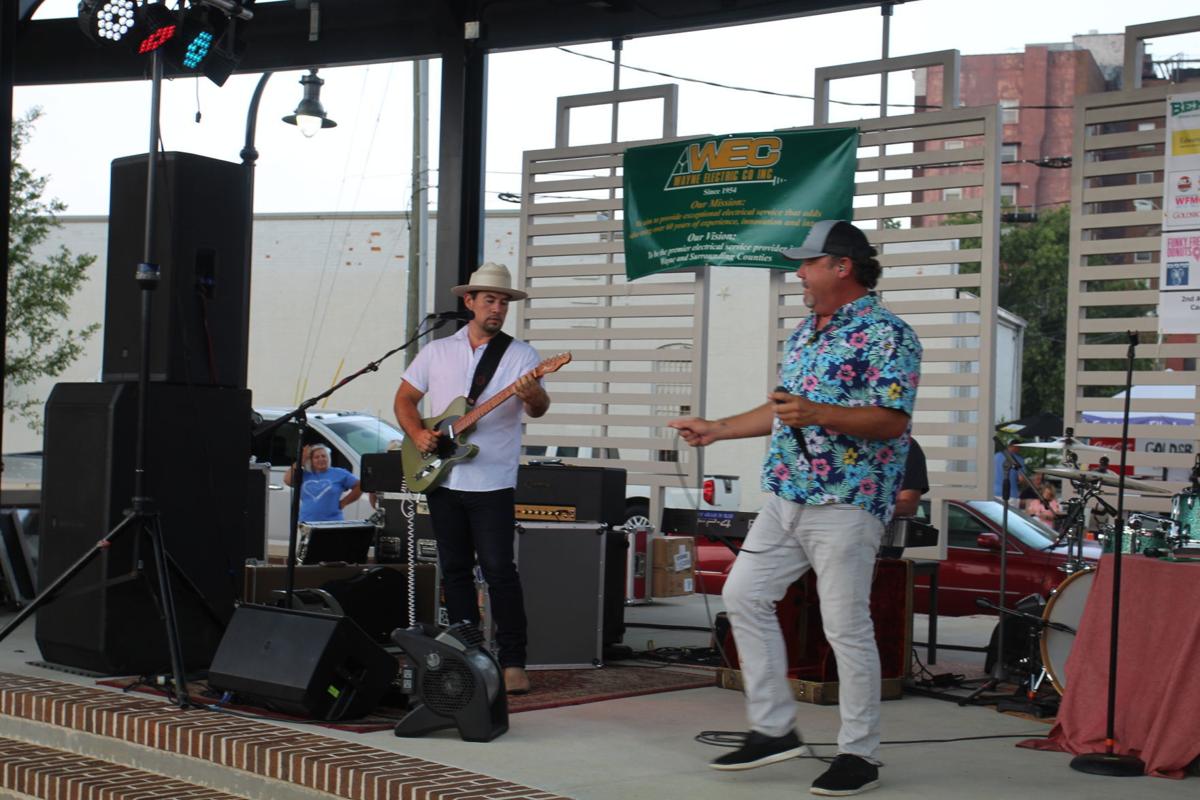 Jim Quick and Coastline perform Thursday night at the Hub in downtown Goldsboro. 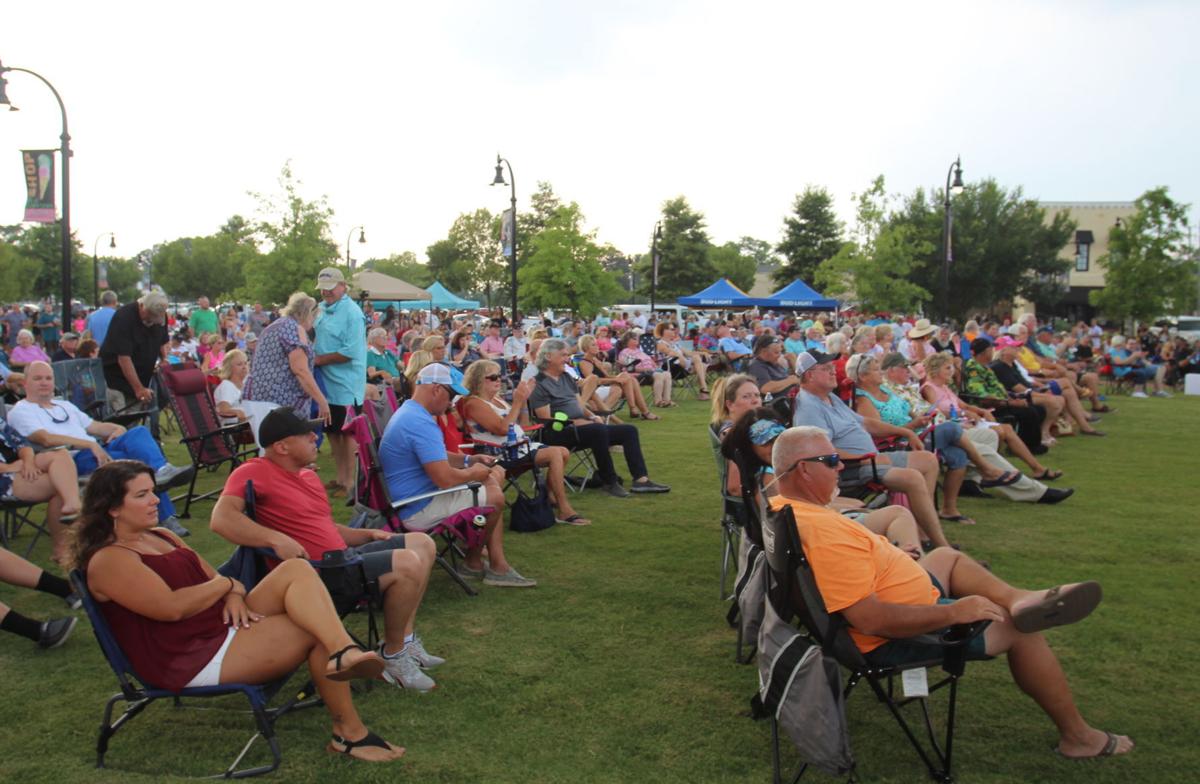 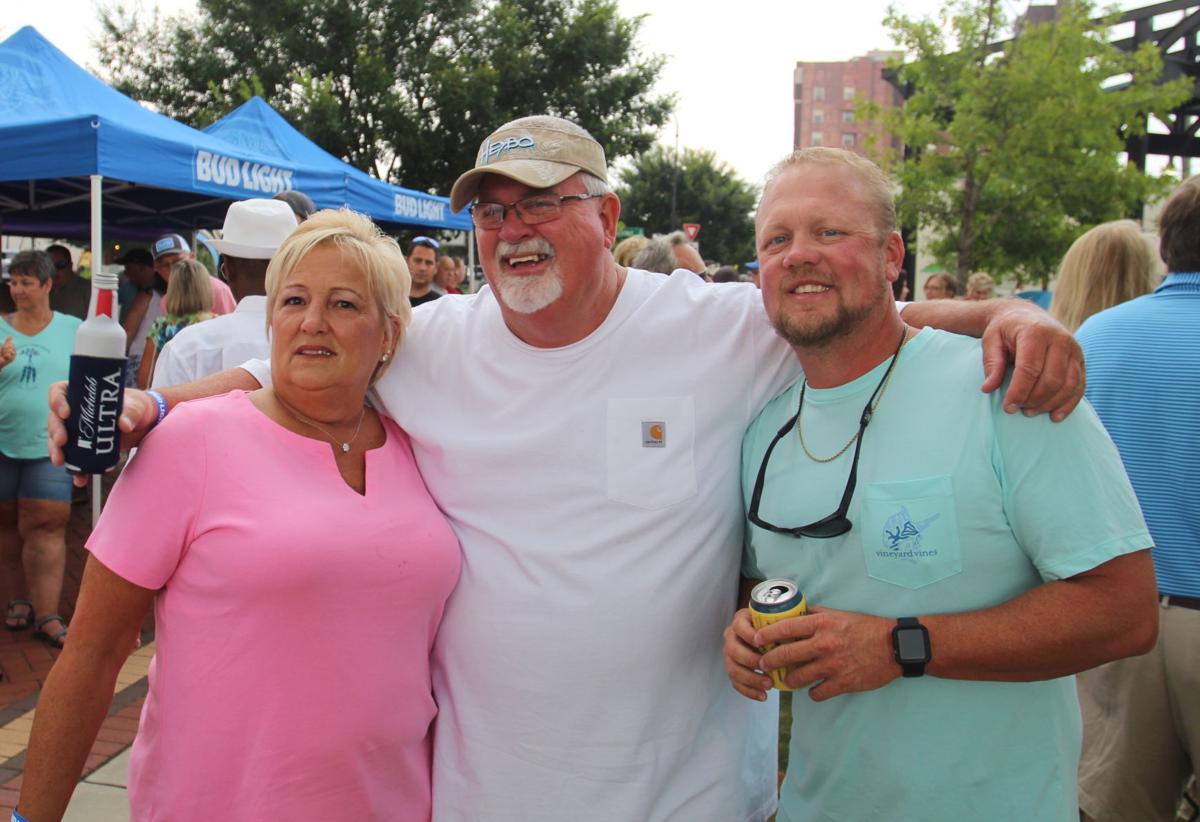 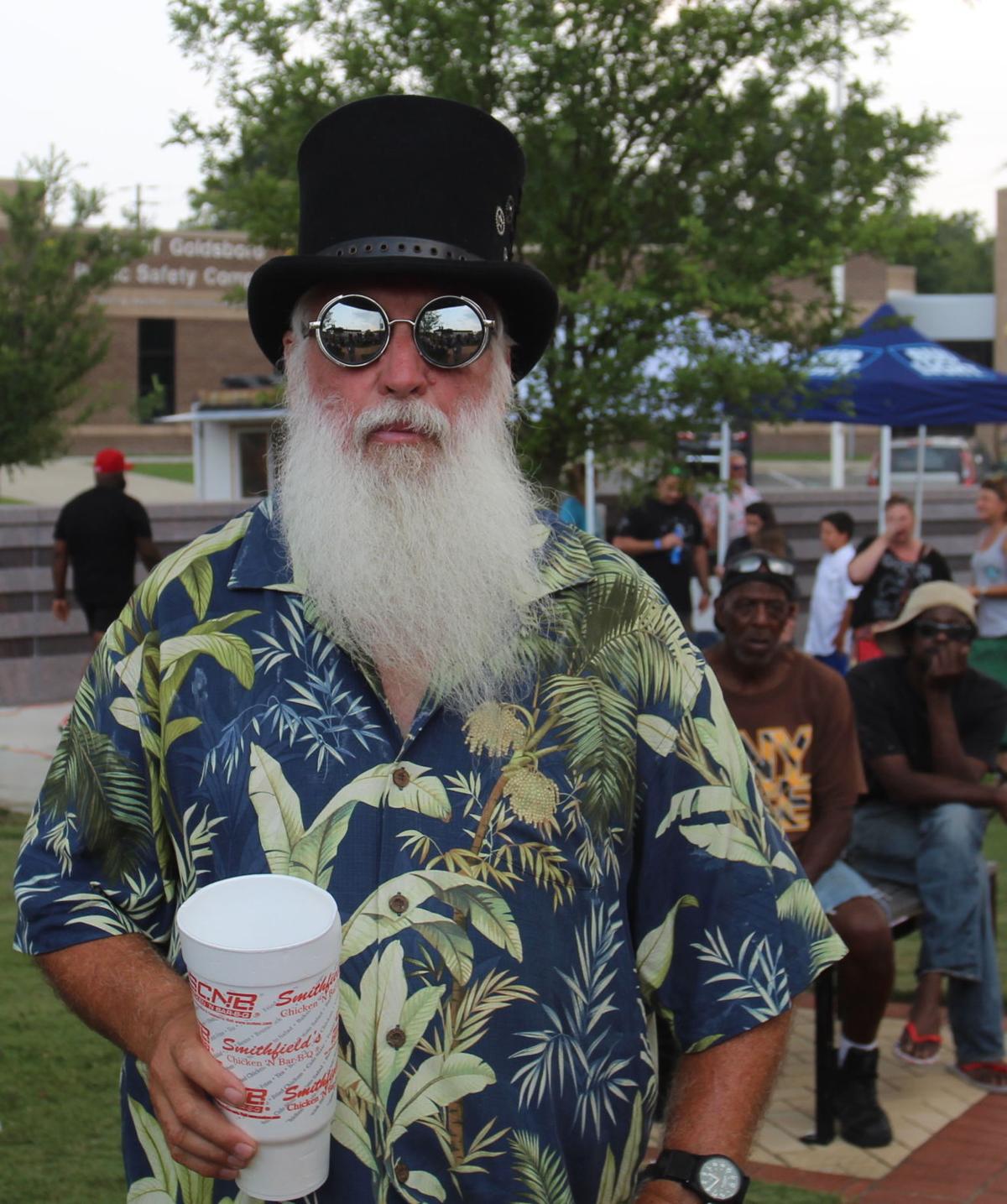 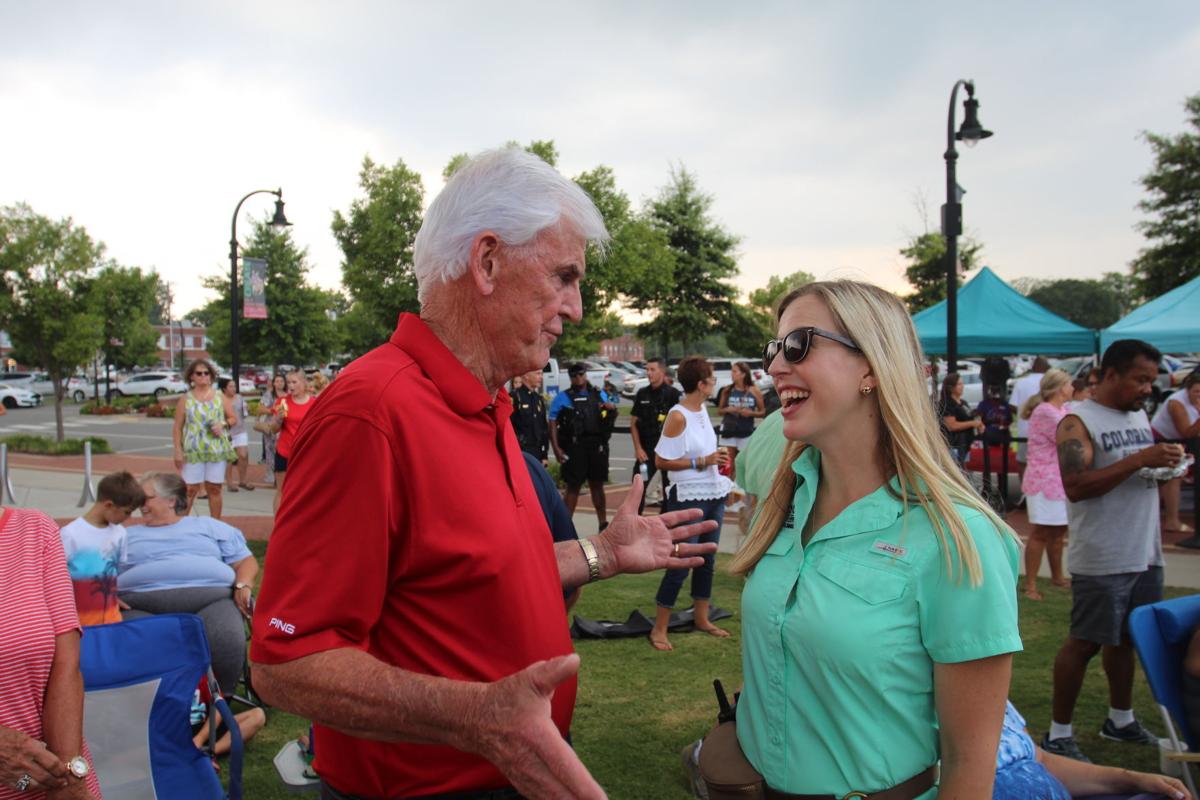 Jim Quick and Coastline perform Thursday night at the Hub in downtown Goldsboro.

For the first time ever, people from across eastern North Carolina converged on the Hub Thursday night for Center Street Jam, Goldsboro’s popular downtown concert series.

The Hub is a new outdoor entertainment venue with an amphitheater, stage, paved walkways, tables, a lawn, restrooms and other amenities. It’s located near the intersection of Center and Chestnut streets, where live bands perform under a covered stage and concert goers can stand or sit on a grassy area in front of the stage.

Jim Quick and Coastline, a band known for weaving together soul, blues, R&B and Americana into their very own “swamp soul” music, jammed from 6 to 9 p.m. as people stretched their legs from lawn chairs that dotted the grassy lawn.

While some reclined in chairs, some danced the night away and others snapped selfies and chatted with friends over ice-cold beer.

Tommy Pike of Rosewood, who has been coming to Center Street Jam for several years, said he was happy to see the free music concert series return.

“It means a lot,” Pike said. “It’s real good for the people and everything in Goldsboro. I’m glad to see them bring it back. Oh, I love the music.”

Center Street Jams, which typically comprise nine concerts, are reduced this year to four events through Sept. 2. An additional concert will be offered on Sept. 17 during the Grub at the Hub event, which takes place Friday night before the city’s N.C. Freedom Fest on Sept. 18 in downtown Goldsboro.

The concert series, previously held in the John Street parking lot, was canceled in 2020 because of the pandemic.

More than 1,500 people came out to Thursday’s concert, and most were just happy to let loose and sway to the music, some even ignoring the heavy rain that came down.

“I’m just really blown away by the response, and it feels like a family reunion,” said Erin Fonseca, Goldsboro downtown development director. “Everybody’s having a great time. I see a lot of new faces too, so it’s just great to get out here and break in the Hub for the first time and get back to our Center Street Jam.”

Luke Vail, who has served as master of ceremonies for more than 10 years at the free concerts, said he loved the new venue space and the turnout.

“(This is an) awesome turnout, beautiful venue, a special place for downtown Goldsboro and a huge crowd,” Vail said. They’ve got something for everyone. It’s a family friendly event.”

Jeremy Anderson of Grantham and Mike Turnage of Goldsboro also shared their enthusiasm about the event.

“As you can tell, people are ready to get out,” Anderson said.

The concert lineup this year also includes The Embers on Aug. 5, the Chairmen of the Board on Aug. 19 and Spare Change on Sept. 2.

During the jams, visitors are encouraged to bring lawn chairs while pets and coolers are not allowed.

“This is our 20th season of the Center Street Jam concert series,” Fonseca said. “Our mission in hosting this popular summer concert series is to engage our community with high-quality entertainment in a free, family friendly format. The last year has been very challenging for so many. We are grateful to have the opportunity to gather, once more, and do so while enjoying live music, good food and our beautiful downtown.”