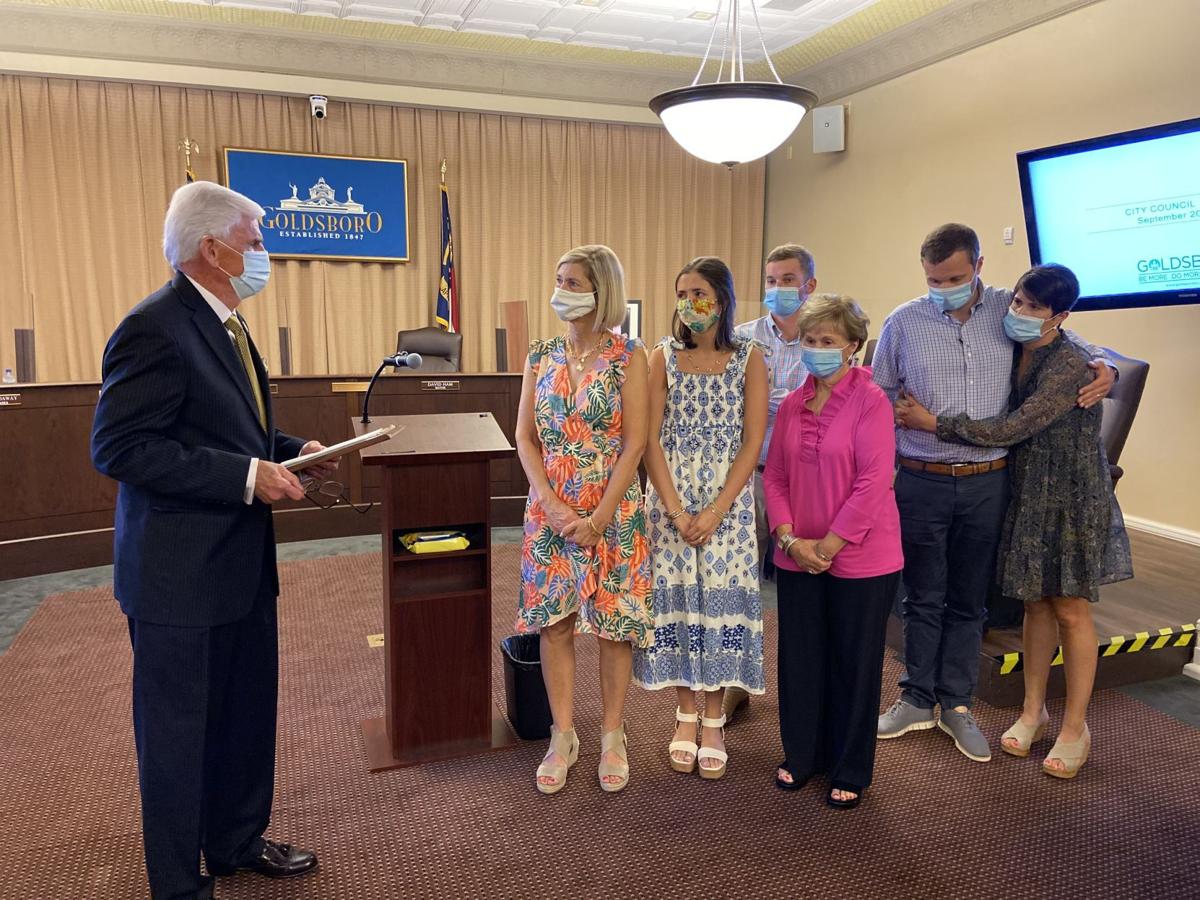 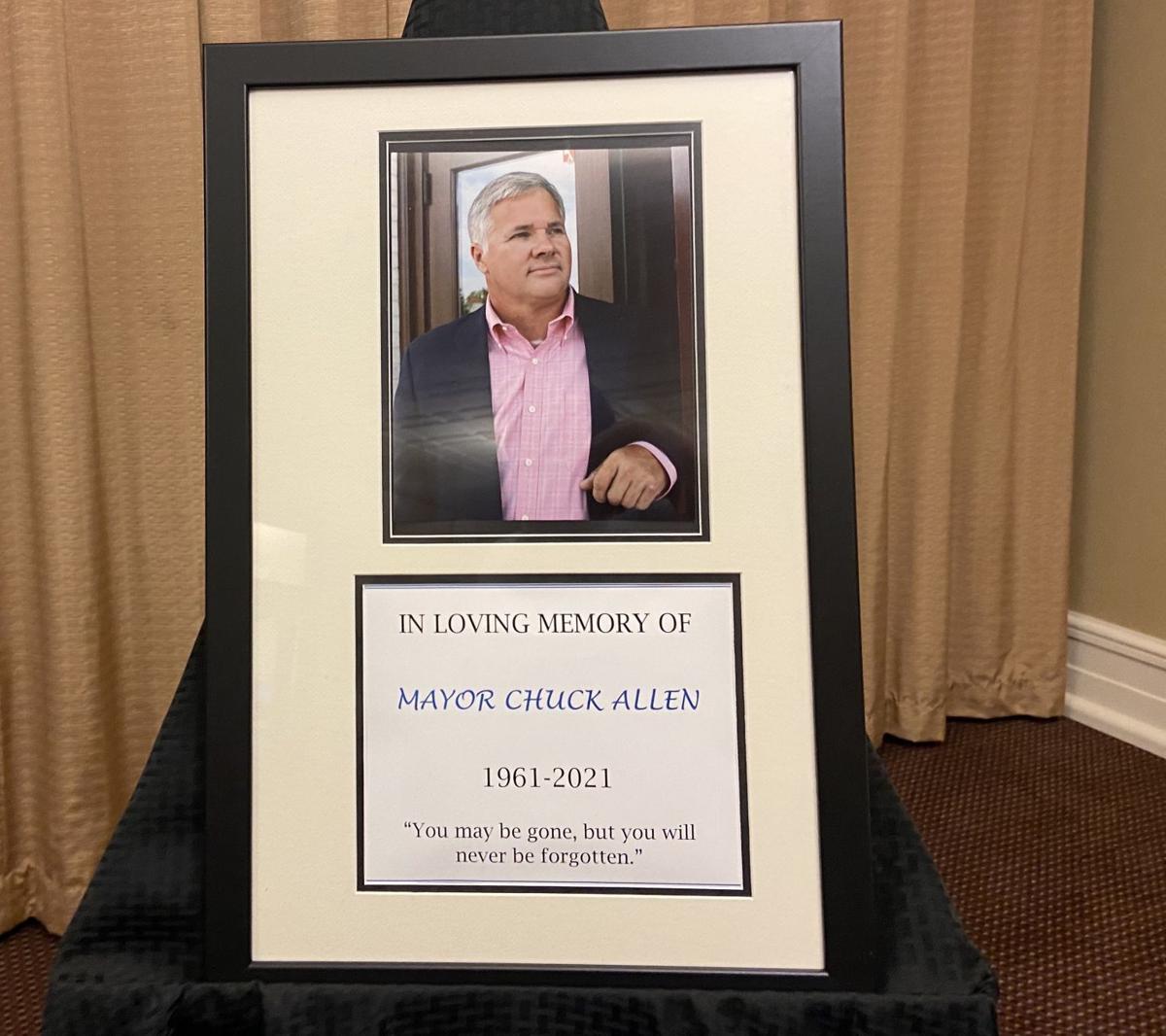 A memorial plaque honoring former Mayor Chuck Allen was placed in a council seat during Monday’s meeting in City Hall.

A memorial plaque honoring former Mayor Chuck Allen was placed in a council seat during Monday’s meeting in City Hall.

Allen, who battled cancer almost two years, died Friday at the age of 60.

Members of Allen’s family filled two pews, and a few went to the front to stand near Mayor David Ham as he read a city proclamation declaring Sept. 21, 2021, as Mayor Chuck Allen Day.

“Mayor Allen is such a part of this city,” Ham said. “You see Chuck Allen wherever you go. And sometimes you hear his voice. I do. And he will continue to be part of this city for a long time.”

Several council members and the city manager spoke about Allen’s leadership in the city.

“We lost somebody that cared about this town and somebody that worked many times when nobody else knew the things he was doing, especially at the state and the national level,” Councilman Bill Broadaway said. “He did a lot of good things and (received) very few things, accolades.”

“We have a great loss,” Aycock said.

“This is truly a huge loss for the city, and we so much appreciate everything Mayor Allen has done for us,” said Tim Salmon, city manager. “Personally, he was a great mentor to me here and will truly be missed.”

Allen served as mayor from 2015 until June when he resigned for health reasons. He was a member of the City Council after first being elected a councilman in 1999.

On Friday, the city’s flags were lowered to half-staff in honor of Allen. On Tuesday, city offices closed at 3 p.m. so staff could attend Allen’s funeral.

During the council work session, held before the regular 7 p.m. meeting, the council approved the reclassification of four part time finance positions to full-time finance staff. The change is expected to increase the city’s total annual salary cost for the four positions by $51,000.

Catherine Gwynn, Goldsboro finance director, said the city is dealing with a tight labor market and the need to find qualified staff. Gwynn said she expects to fill the jobs by December.

Councilwoman Hiawatha Jones was not present at the Monday meeting.