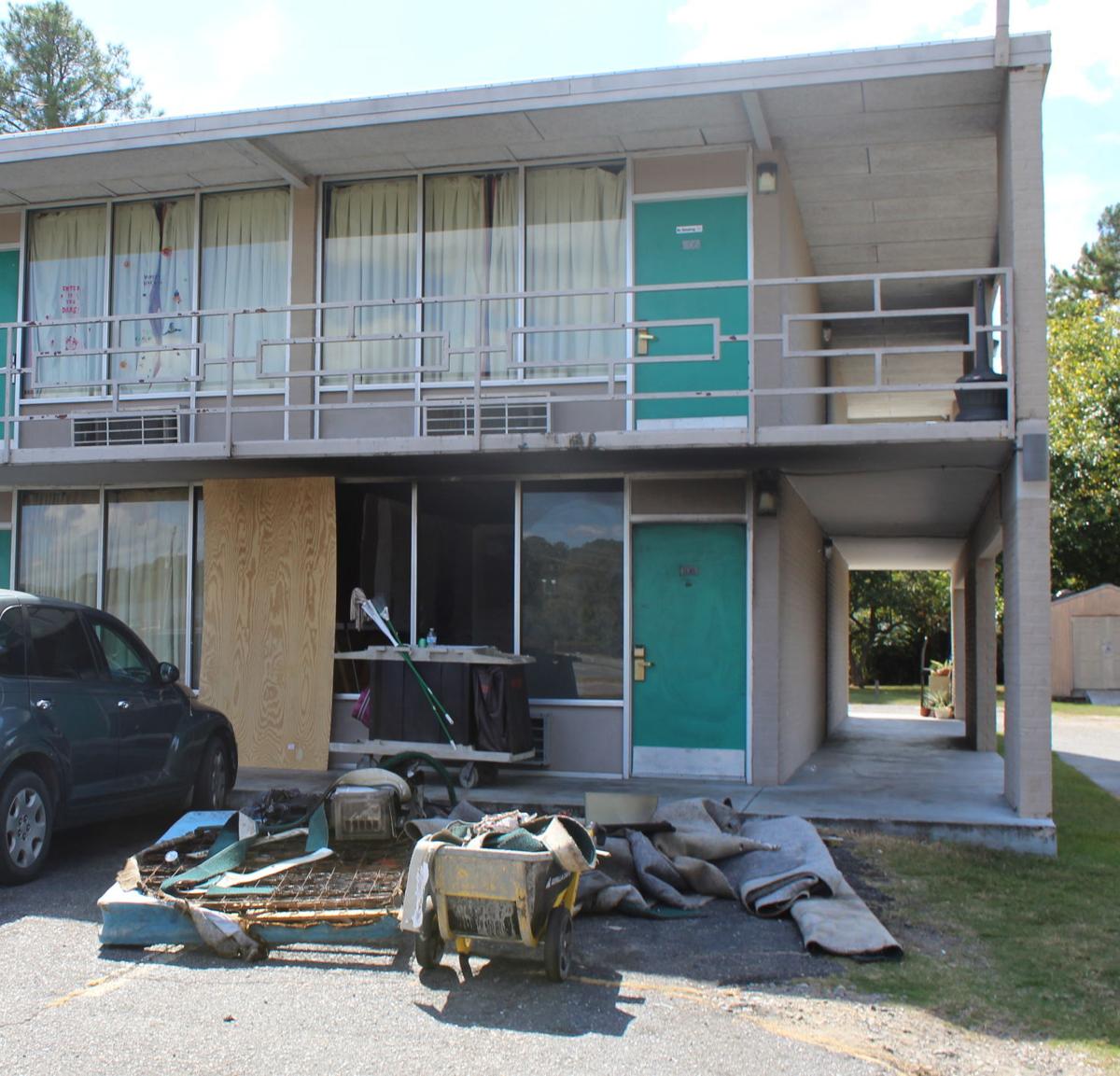 Carpet, a mattress and other debris from a recent fire sit outside Room 106 at the Irish Inns, near U.S. 70, on Tuesday. 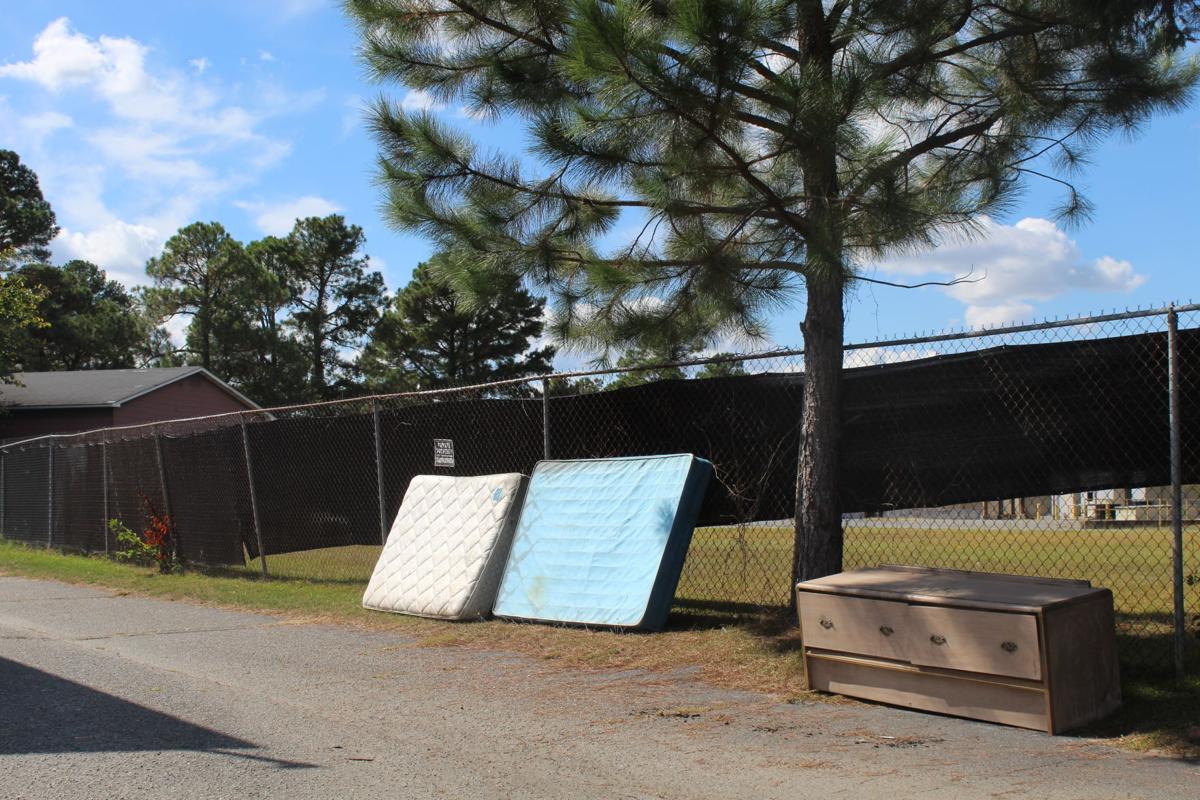 Mattresses and a dresser are left outside of the Irish Inns on Sunburst Drive on Tuesday.

Carpet, a mattress and other debris from a recent fire sit outside Room 106 at the Irish Inns, near U.S. 70, on Tuesday.

Mattresses and a dresser are left outside of the Irish Inns on Sunburst Drive on Tuesday.

Almost two weeks after a fire engulfed an Irish Inns motel room, a pile of trash and discarded mattresses remain visible in the parking lot and from nearby U.S. 70.

On Sept. 25, Goldsboro firefighters responded to the motel room fire at the Irish Inns shortly before 8 p.m. Firefighters were dispatched to the scene at 1104 Sunburst Drive and found a first-floor motel room engulfed in flames and were able to contain the fire within minutes. The fire resulted in $11,000 in estimated damages.

On Tuesday — 10 days after the motel fire — a burned up mattress and other debris were still sitting in the parking lot in front of Room 106, where the fire damaged the room and its contents. Mattresses were leaning against a nearby fence. By Wednesday, the mattresses had been moved to the side of the building where they remain stacked against the building wall.

Goldsboro code enforcement officers are checking into why the trash hasn’t been removed from the property, said Kenneth Talton, Goldsboro interim planning director.

The motel owner could face fines and penalties if the trash is not removed from the property in accordance with city regulations, Talton said.

Since the fire, the property owner and the management team of the Irish Inns have not been available for interviews.

“Our code enforcement division is in the process of investigating the matter and will require the owner of the property to begin immediate cleanup of the property,” Talton said. “After a reasonable amount of time, if the debris has not been removed and site cleaned by the property owner, the city will take action to remove the debris and clean the site.”

Upon completion of removing the debris, Talton said all costs for doing so would billed to the owner of the property.

“In addition, the owner will be responsible for penalties, fines and administrative costs associated with the city seeking compliance with city code of ordinances,” Talton said.