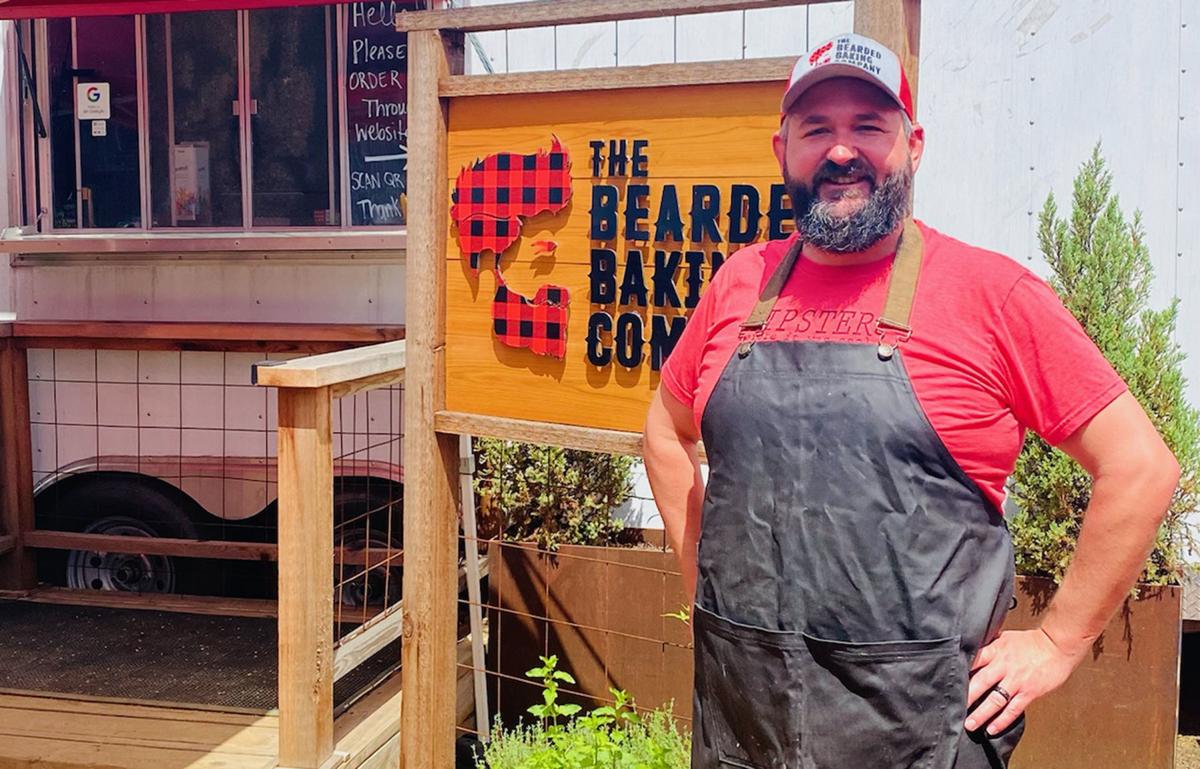 Dudley native Wesley “Wes” Dills stands in front of his Austin, Texas-based The Bearded Baking Co. On Monday, Dills will showcase his baking skills when he competes in the Food Network’s Holiday Baking Championship. The program starts at 9 p.m. 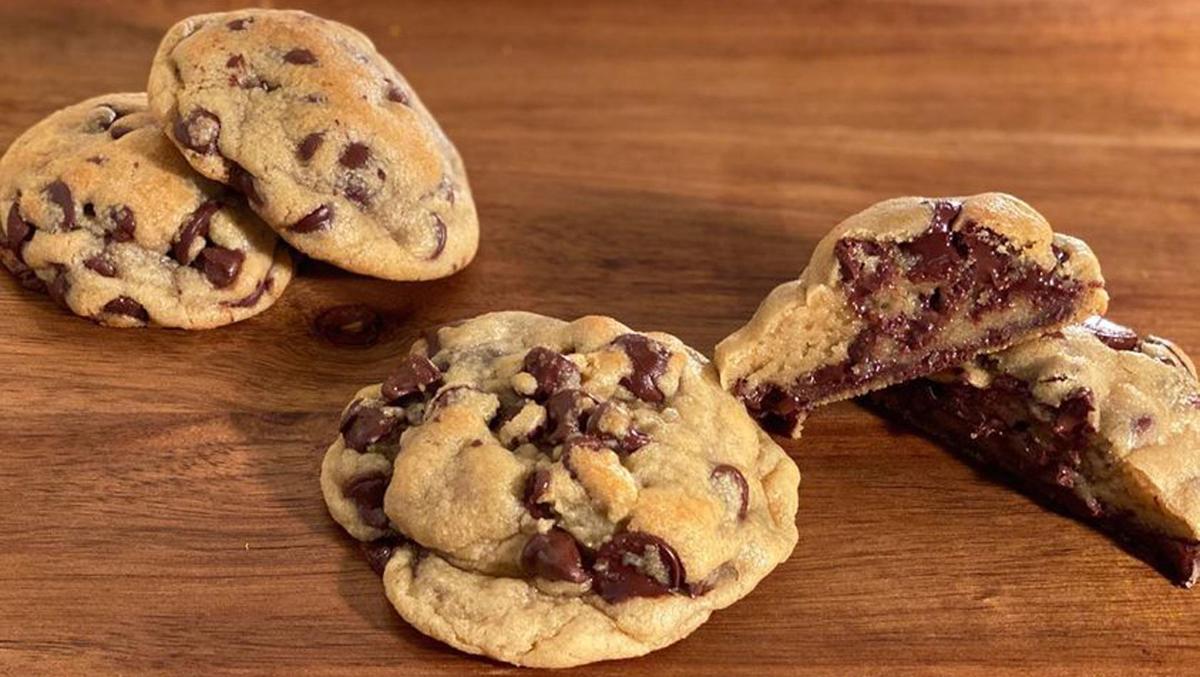 Wesley “Wes” Dills’ quarter-pound cookies became so popular when Dills started cooking in Wayne County that he realized he could make a career out of his baking skills. 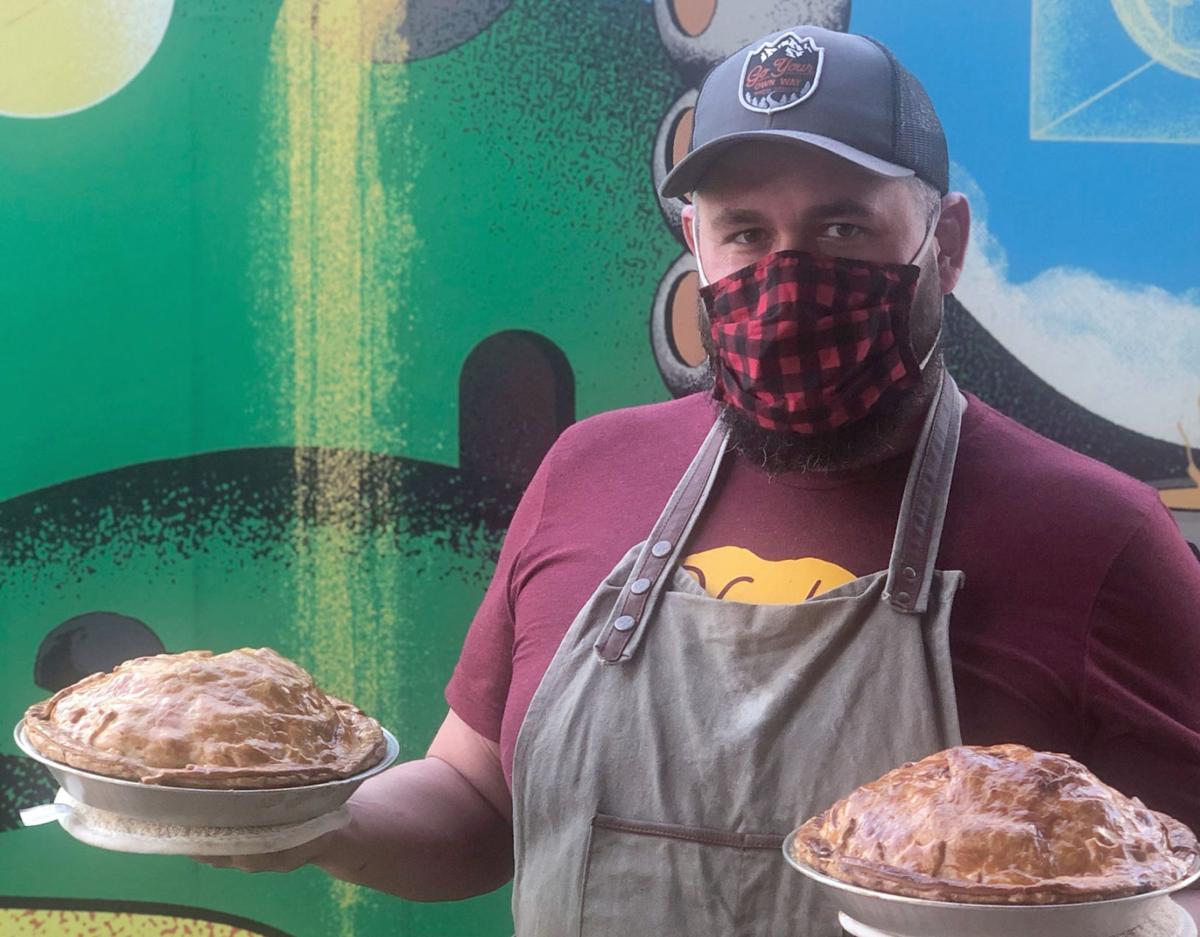 Dudley native Wesley “Wes” Dills stands in front of his Austin, Texas-based The Bearded Baking Co. On Monday, Dills will showcase his baking skills when he competes in the Food Network’s Holiday Baking Championship. The program starts at 9 p.m.

Wesley “Wes” Dills’ quarter-pound cookies became so popular when Dills started cooking in Wayne County that he realized he could make a career out of his baking skills.

Wesley “Wes” Dills has a passion for baking and cooking.

But for Dills, a professional chef, that passion is about more than just preparing food to excite the palate. It is about paying tribute to his family, friends and the experiences that have shaped his life.

Dills, 37, the son of James and Barbara Dills of Dudley, owns The Bearded Baking Co. in Austin, Texas, where he serves sweet and savory foods.

He has a food truck with the same name.

On Monday, Dills will showcase his baking skills when he competes in the Food Network’s Holiday Baking Championship. The program will start at 9 p.m.

Dills cannot talk about the specifics of the program, which was filmed earlier in the summer, until after it is televised.

It is not the first time Dills has competed in a Food Network event.

“They reached out to me through social media,” he said. “This was the third time that I was approached to do a show. This time I went far enough, and they liked me enough to cast me to compete on the show.

“I can tell you that the theme of the show is ’80s slasher movies based on ‘Nightmare on Elm Street,’ ‘Friday the 13th’ and all of those ‘Halloween’ movies. All of the bakes, all of the competition, is themed around those movies.”

Cooking always has been Dills’ passion — his parents and his grandmother, Pearl Hill, are known for their cooking skills.

“We basically revolve our lives somehow around food,” Dills said. “We are either growing it, making it or eating it.

“I went to culinary school, and I loved it, but it wasn’t clicking. I didn’t like your typical kitchen life or (being a) line cook.”

Though he attended culinary school, Dills said his baking and pastries basically are all self-taught.

“In culinary school, we are taught just a few things to make it through the day if our pastry chef or our baker is out of commission,” he said.

After a couple of years as a catering chef, Dills became pastry chef at East Carolina University.

A HEFTY COOKIEHowever, Dills stepped away from cooking for a time, but even during that period he was still entering pies, cakes and cookies into the fair.

“Then I developed this chocolate chip cookie that people really, really loved,” he said.

People asked Dills if they could get a dozen or two dozen of the cookies. Dills was asked enough that it finally convinced him that he could make a career out of his baking skills.

Each cookie weighs a quarter-pound and can be ordered online at www.thebeardedbakingcompany.com.

“They are heavy hitters and at $4 each are expensive for a cookie, but when you look at the quality and that it weighs more than a box of cookies at same price,” he said.

Dills said that during that time he was learning on the fly, a kind of trial by fire in a lot of ways.

Yet, it taught him to be resourceful and to stick with what he knew.

“So, when it came time to open my business and kind of decide on what I wanted to sell to folks especially here in Austin, that helped,” Dills said.

People say that Texas is part of the South, he said.

It is part of the Midwest and part of the Southwest, too, but in all honesty, Texas is Texas — it is its own world, Dills said.

“So, a lot of the things I grew up with back home — they’ve never heard of,” he said. “It is not part of their recipe boxes. Some of the things that I make are very novel items.

“So when I looked back on what I wanted to make, building my menu, I looked for these traditional cakes, pies and cookies and unique things from my childhood whether it came from the ladies at church or family reunions or something that my mom or grandma always made.”

Dills looked back on those experiences to figure out how he could conserve the traditional aspect of an item while making it his own.

“So, that is kind of what I base my menu off of,” he said. “If you look at my food truck menu, there are names all over the place, there are places (names).

“Each item on my menu kind of represents somebody special in my life or an event or what have you. So, I am making my dad’s chicken salad recipe. I am making my mom’s barbecued beef for a sandwich.”

When his grandmother and father used to have gardens, they would harvest the small baby new potatoes. The potatoes would be boiled and then fried.

“That is what we had rather than store-bought french fries, tater tots and things like that,” Dills said. “It is one of my favorite things. You can’t get a fresher-tasting potato than that.

“With this menu, the names and the items I get to connect with anybody who comes up to the window because people are always asking ‘Who is Pop? Who is Mrs. E?’ I get to tell them about my family, my experiences, and then they get to experience it through the food itself.”

The Pops in his Pops’ Chicken Salad is Dills’ father, the Pearl in Pearl’s Taters is Dills’ grandmother Pearl Hill and the Mrs. E in Mrs. E’s Cold Plate Combo is Edythe Blanton, office manager for the Wayne Regional Agricultural Fair.

“She has been a huge person in my life,” Dills said. “I wanted to represent her in some way. As I have gotten older, she has just become one of those figureheads in your life here once you figure out if your mama is going to be happy with you, is would Mrs. E be happy with you.

“She became one of those people that you have to take into consideration, too, because you admire them and want to make them proud of you.”

This past July his parents were able to visit for the first time in Austin.

They seemed happy and proud, he said.

“The best thing I can try to do is to make them proud in how I represent my food, them and myself, and I feel like I have done that,” Dills said. “Mom didn’t hold off on anything when she tried the barbecued beef, and she told me it could be more tender.

There has been some eyebrow raising associated with his offerings.

The best-selling sandwich is the Bubba’s BLT, a chicken fried bacon BLT.

“We didn’t grow up eating that,” he said. “That came out of a cake order I got.”

Somebody wanted a cake that reminded them of chicken and waffles, he said.

Dills said he wasn’t going to put a piece of chicken on a cake, but bacon goes with anything.

The thing about the food is people have a lot of questions about it, and when you break it down they have had something similar to it, Dills said.

“It jogs their memory, it reminds them of some place or something, and the response has been really, really good,” Dills said.

“It is more that some of the cakes that I make from back home — I make pig picking cake. I make hummingbird cake. I make Smith Island cake.”

Those are all traditional South, Southeast desserts, Dills said.

“I also make banana pudding, the correct way,” Dills said. “Once we explain what a pig picking cake is, then they taste it and they are in love with it.

“So, there is not a lot of hesitancy. It is just giving it a try and then appreciating it for what it is. I feel like we are in the right place. I feel like we have a product that’s got a story to tell and people recognize the quality.”

Dills said he and his husband, Adam Lloyd, both love North Carolina, but that they didn’t want to go through life living in the same place, not experiencing someplace different.

They both wanted an adventure, and both were unhappy in their careers at the time.

In December 2018 they traveled to Texas to visit a friend and her husband who was stationed at Fort Hood.

They were in downtown Austin where Dills said it was just like being in Raleigh or Charlotte.

“And then we started walking across this bridge from downtown to what is called South Congress,” Dills said. “We must have gone through this force field or something because out of nowhere (Lloyd) said, ‘Do you want to move here?’ and I said yes, I do.

“So I actually formed my business for Austin, Texas, within two weeks of being back in North Carolina, and we moved here in May of that year.”

Lloyd now works with a startup company, Up Equity, that offers loans and refinancing options. It helps people go to sellers with cash offers in order to be looked at in a very hot housing market. It also takes care of financing on the back side.

“And he helps me involuntarily,” Dills said.

Dills encourages local residents to follow him and The Bearded Baking Co. on Instagram and Facebook to see what he doing and how he is representing his home community.