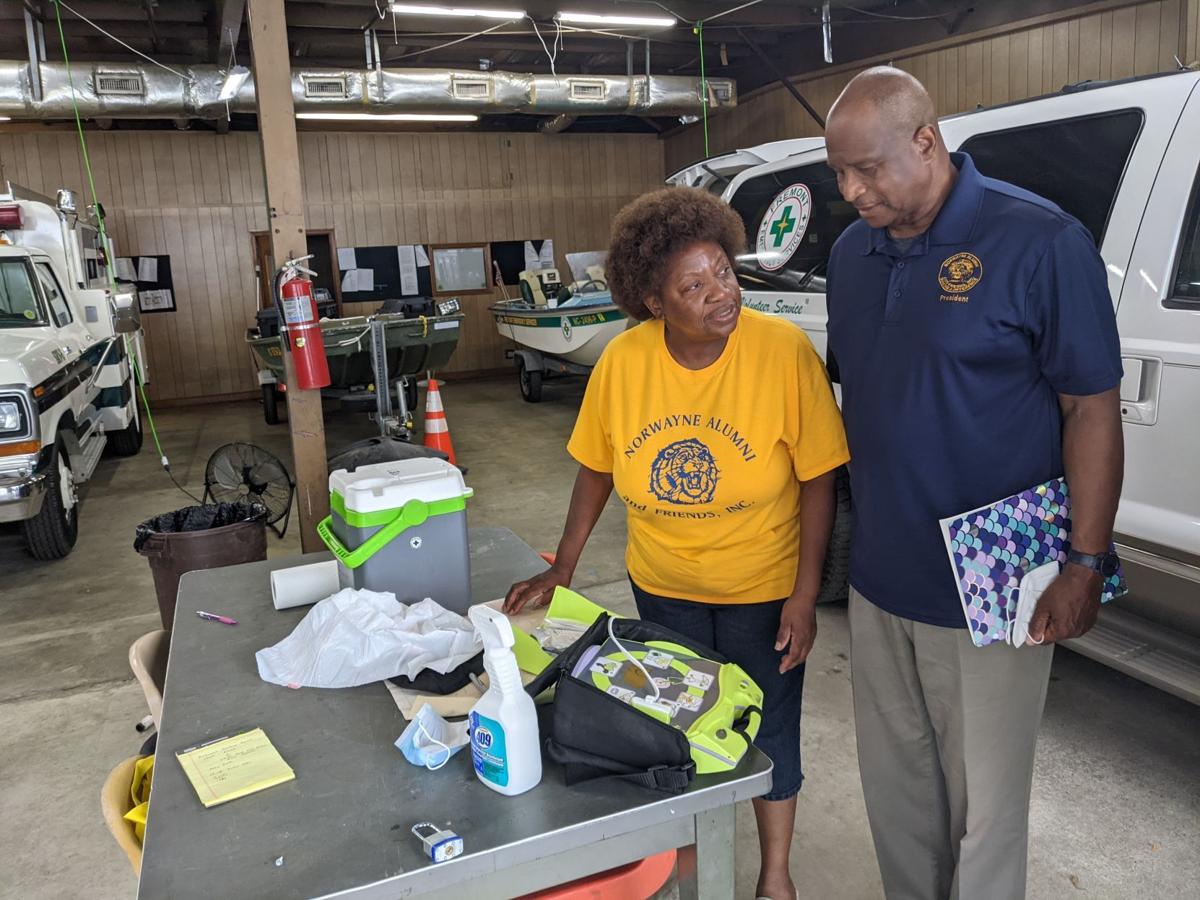 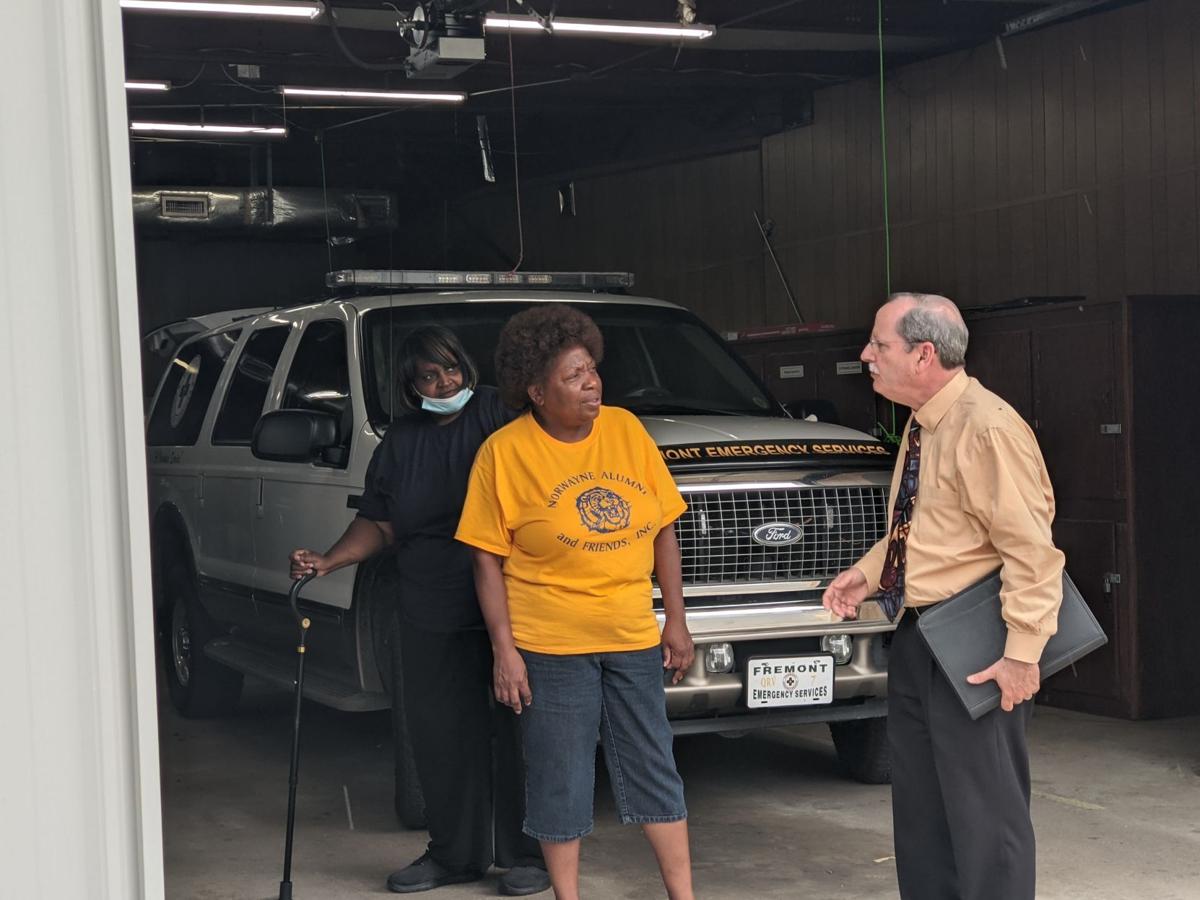 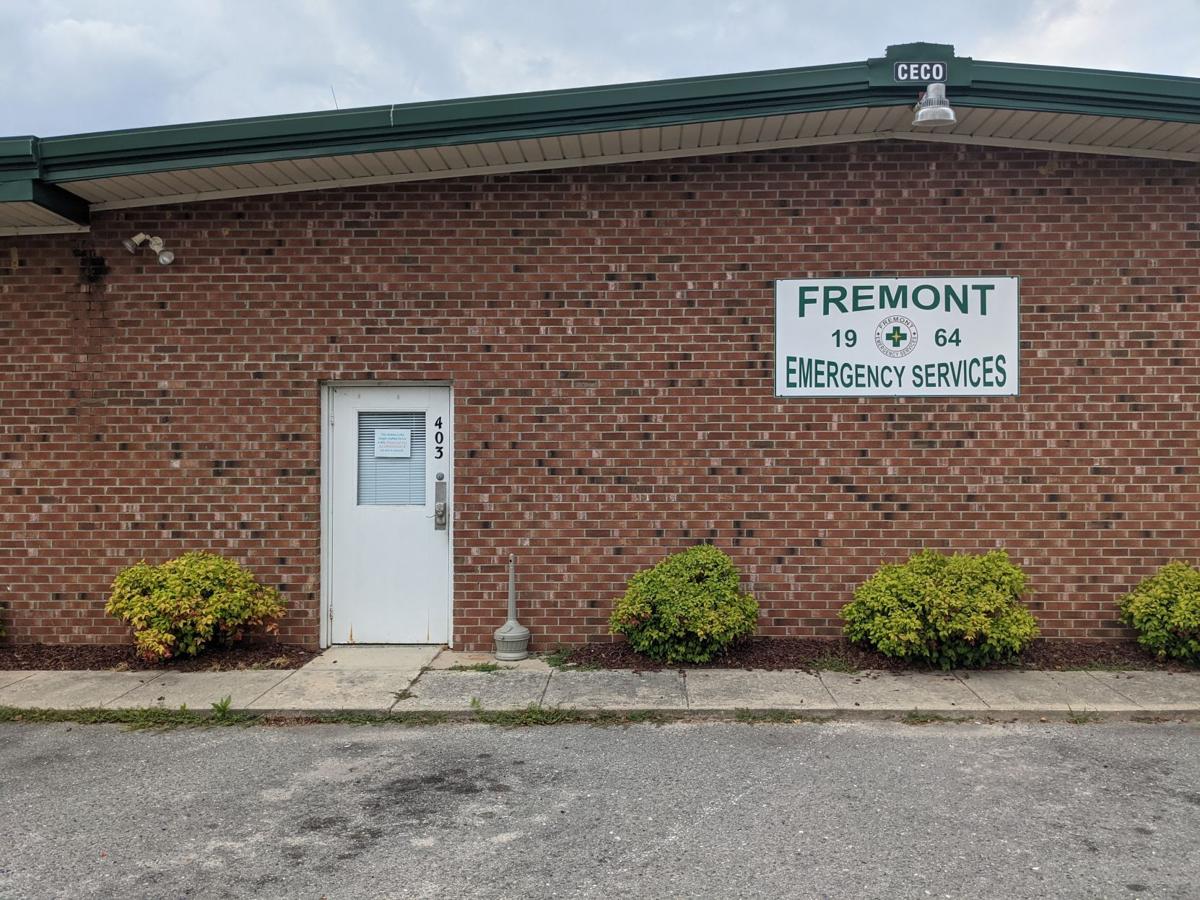 FREMONT — When people call for an ambulance, usually help arrives within a few minutes.

In Fremont, though, many residents are concerned that help isn’t coming quickly enough.

Town residents, including several who spoke during a recent town board meeting, want Wayne County Emergency Medical Services to ensure help is available when it’s needed.

A quick-response vehicle is staffed with paramedics and carries medications, oxygen and other supplies.

Jones said efforts to revive Artis were unsuccessful and he died at the scene.

On May 5, James Kornegay, 63, experienced respiratory distress at a home at 204 E. North St. in Fremont, according to family friend Vera Coley. In that case, it took 11 minutes before an ambulance arrived, according to county EMS data. He survived.

The most recent death in Fremont involved Keith Stewart, 67, a well-known community leader and local pharmacist, who according to his death certificate, went into cardiac arrest at his home 207 Pender St.

It took nine minutes for an ambulance to arrive, county EMS data shows. His death certificate also listed heart disease as a contributing factor to his death.

Coley, Kornegay’s friend, is a Fremont resident of 58 years. Coley is concerned about the response times, especially given her own health problems.

“I have high blood pressure and on the borderline diabetic, too,” Coley said.

The more recent concerns about EMS response times weren’t an issue when Fremont had its own EMS services.

“I just wish it was like the other times and we could keep the rescue squad in Fremont,” Coley said.

Since 1964, Fremont had its own emergency medical services provider, according to Randy Lassiter, chief and president of what is now Fremont Emergency Services.

During that time, Lassiter said the volunteer EMS squad fully met or exceeded expected standards of patient care throughout its history and even represented Wayne County and communities in state and regional EMS and rescue competitions.

The squad also responded to support hurricane standbys and other emergencies in Wayne County and the state of North Carolina throughout its history, he said.

On May 3, 2019, Wayne County opened EMS Station No. 7 at 1190 Nahunta Road at a cost of $535,756.82. The station was opened after a study was completed countywide to provide better emergency response times to all residents of the county, said Joel Gillie, Wayne County public information officer.

The Nahunta Road station is five miles from the Fremont Town Hall, at 120 E. Main St., with an estimated drive time of eight minutes.

The county’s EMS Station 10 is 7.8 miles from Fremont Town Hall, with an estimated drive time of 10 minutes.

RESPONSE TIMESIn 2002, Wayne County took over emergency medical services in Fremont and rented space from a building owned by Fremont Emergency Services, previously known as Fremont Rescue, for many years, Gillie said. As part of the rental agreement, Gillie said the county paid rent, utilities, and maintained insurance on the building.

Lassiter said the county partially took over EMS services from Fremont Emergency Services in 2002 and then completely took control in 2003 when the county ended its contract with FES.

Since losing its contract with the county, FES has been pursuing reinstatement, Lassiter said. Currently, FES provides standby assistance, as requested.

“The eight minutes is just a goal,” he said. “EMS leadership looks at reports and calls that have a response time greater than eight minutes, and we work to identify how we can always be improving.”

During the past three months, the ambulance from Wayne County EMS on Nahunta Road had more than 140 calls where the response time was more than eight minutes, many of them being between 10 to 20 minutes, according to county data. The Nahunta station also responds out of district, which can factor into the station’s average response time, Gillie said.

During the month of June, the Nahunta EMS station has responded to at least 18 calls for service in Fremont that exceeded nine minutes.

Tony Howell, Fremont town administrator, said discussions about the slow response times by Wayne County EMS are ongoing and he agrees something needs to be done.

Howell is concerned about the death of Artis in April.

“This was disturbing news to me when I was informed,” Howell said. “It was tragic that this particular gentleman passed away. It makes you wonder had the response time been a little bit better if he’d still be here today. You can’t help but think that.”

Howell said two people administered CPR on Artis prior to the arrival 10 minutes later of the EMS quick-response vehicle.

Howell said he would certainly like to see EMS in Fremont be more localized, which would improve response times.

Lassiter said 14 of his 33 department members are EMTs, some even certified as advanced EMTs. The department has 19 junior members, between the ages of 13 and 18 who are in the process of training and learning about EMS careers.

Despite its training and having equipment to respond to emergencies, Gillie said currently FES is not certified to transport or respond to calls within the county and has not provided dispatched ambulance services since 2002.

Gillie said the county also had problems with the squad as recently as 2018.

“In November of 2018, a county emergency radio was given to Fremont rescue for backup responsibilities, not for dispatch of Fremont rescue for primary EMS calls,” Gillie said. “Some members began responding to calls and interfering with EMS and first responders. Following multiple problematic incidents, the county took the radio back and asked that Fremont rescue not dispatch to calls unless specifically requested by the county.”

FUTURE SERVICESHowell said he expects to meet with Wayne County Manager Craig Honeycutt in July to discuss EMS services in Fremont and wants town residents to know that concerns about slow response times are a concern he shares. Howell also wants to accommodate residents with appropriate access to EMS services.

“My concern as the town administrator is the potential growth that Fremont has long term, and I say that because we’re looking at some more residential building, we’re looking at a school that would be twice the capacity of the current school and some more development this way, and I think where that comes into play everything alludes to population and where that can best be situated as far as the county’s response times,” Howell said.