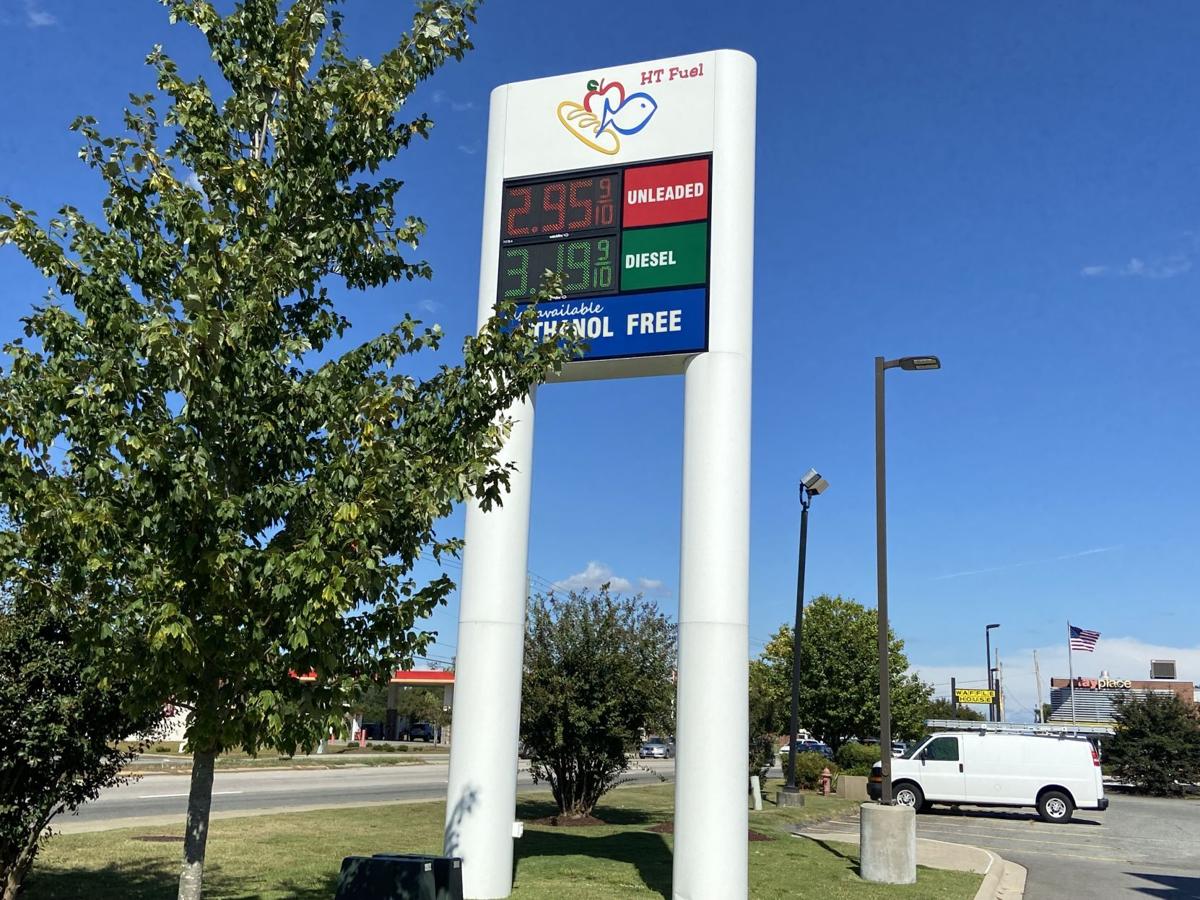 The price of unleaded gasoline at Harris Teeter’s gas station on Wayne Memorial Drive was $2.95 a gallon Thursday. 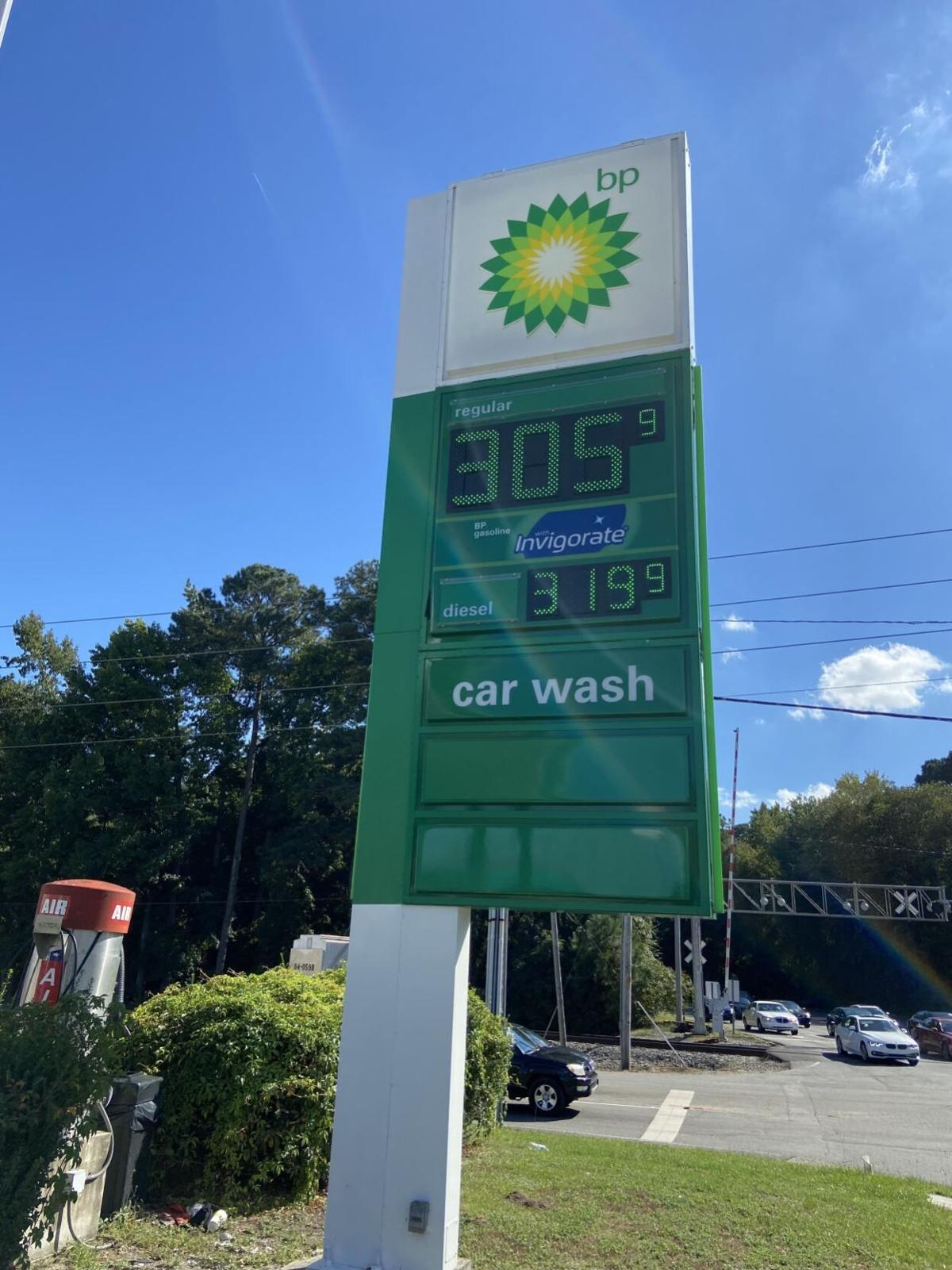 The price of a gallon of unleaded gasoline at the BP station on Spence Avenue was $3.05 Thursday.

The price of unleaded gasoline at Harris Teeter’s gas station on Wayne Memorial Drive was $2.95 a gallon Thursday.

The price of a gallon of unleaded gasoline at the BP station on Spence Avenue was $3.05 Thursday.

Motorists are paying more than $3 a gallon for unleaded gasoline at several stations in Wayne County but prices are expected to drop as stations transition to lower-cost winter fuel blends.

“Fuels with a higher Reid Vapor Pressure (winter blend) cost less to the consumer because additives are what lower the fuels’ RVP,” said Tiffany Wright, spokesperson. “Therefore, gas stations can often sell their gas at a lower price in the winter versus summer price.”

Stations traditionally start moving to winter blends around Labor Day but price reductions have been delayed due to hurricane activity that slowed down oil production and refinery recovery along the Gulf Coast, Wright said.

During both the summer and winter months, Wright said gasoline evaporates at different rates depending on the temperature outside, with summer blends costing consumers more than winter-blend fuel.

For customers like Bambi Graves, a Goldsboro delivery driver, paying higher gas prices at the pump is difficult.

She was making a delivery and filled her car up at the $20 mark at the Sheetz station, at 1001 N. Spence Ave., where a gallon of unleaded gasoline sold at $3.03 Thursday.

Over at the Harris Teeter gas station, at 2000 Wayne Memorial Drive, where unleaded gasoline was $2.95 a gallon Thursday, Christine Jorrisen said she just pays the price and moves on.

She attributes the rising prices to the pandemic, fear of another economic shutdown and overall supply and demand.

“Everyone freaks out, and the demand goes up, and the price goes up,” Jorrisen said.

Wright said gasoline prices in North Carolina increased after Hurricane Ida made landfall Aug. 30 in Louisiana and Hurricane Nicholas brought heavy rainfall and flooding when it made landfall in Texas on Sept. 13. The hurricanes slowed down oil production and refinery recovery along the Gulf Coast, Wright said.

“We usually see less demand and lower prices at the pump during the post-Labor Day period,” Wright said. “But this most recent hurricane just further complicated and slowed down the recovery from Ida. The price of crude oil also increased — paired with lower fuel supplies, those factors have definitely put upward pressure on pump prices lately.”

On Monday, about 23% of offshore Gulf of Mexico oil production was offline but most storm-affected refineries reported some level of restarting.

“Once fully back online, refinery production will help to increase domestic supply levels, which took another step back by 2 million barrels to 218 million barrels in the Energy Information Administration’s latest report,” Wright said.

Wright said the tightened supply level has contributed to an increase in oil prices, which hit a high of $72 a barrel last week, a level not seen since July.

She said that as crude production remains constrained and the price per barrel remains above $70, pump prices will likely remain elevated.

Wright said that gasoline stations must switch fuels based on the season in order to comply with regulations directed by the Environmental Protection Agency.

In the short term, Wright said gasoline prices will stay above the $3 mark but will fall eventually.

“Until everything turns back to normal following the fallout of the hurricanes along the Gulf Coast with refineries being offline, this is the time of year when prices trend downward as demand drops and we switch to winter blends,” Wright said Thursday.