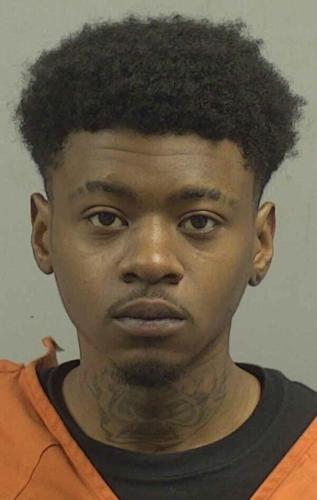 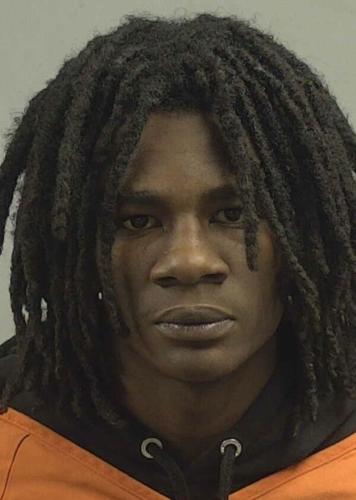 Goldsboro police are investigating a series of break-ins reported Friday through Sunday across the city, one of which resulted in the arrests of two Goldsboro men.

Three of the break-ins were reported Friday at opposite ends of the city between 9 a.m. and 11 a.m., with the first being reported at 9 a.m. at Storage Rentals of America, at 4163 U.S. 70 East, according to a Goldsboro police report.

A surround sound audio system, television stand and bookcase, valued at $750 were taken from a storage unit at the business.

The break-in was believed to have happened between Dec. 20 and Friday, according to the report. The storage unit broken into was being rented by a 63-year-old man who told police he had been renting the unit more than six months.

According to Goldsboro police, an unidentified suspect broke into the house but no items were reported stolen.

Police responded to a third break-in Friday at 10:51 a.m. at a house at 503 E. Chestnut St. where someone reportedly broken into a 2004 Ford Expedition sport utility vehicle owned by a 57-year-old man. The break-in took place at some point between Jan. 9 and Friday, according to a Goldsboro police report.

Police responded to two break-ins reported on Saturday, with the first at 12:30 p.m. at a house at 712 National Drive, according to the Goldsboro police report.

The break-in involved a 2020 Chevrolet Tahoe sport utility vehicle owned by a 33-year-old woman. Someone broke into the the vehicle between 4:27 p.m. Friday and 12:30 p.m. Saturday while it was parked on the house’s driveway and stole a Smith and Wesson handgun valued at $300, according to the report.

The vehicle was locked when the break-in happened, according to the report.

Police responded to the second break-in Saturday at 8:10 p.m. at an apartment at 103 W. Lockhaven Drive. The apartment is part of the Lockhaven Apartments at Wayne Memorial.

According to the police report, the break-in was believed to have happened between 5:10 p.m. and 8:10 p.m. on Saturday. A PlayStation3 video game console and wallet, valued collectively at $720, were taken, along with $50 in cash, a Social Security identification card and other identification.

Goldsboro police responded to two more break-in reports on Sunday, with the first at 8 a.m. at house at 205 N. Slocumb St., according to police reports.

A 70-year-old man living at the house told police someone broke into a shed behind the house and stole a saw, pressure washer and air compressor, valued collectively at $800.

The break-in was believed to have happened Sunday morning between 2 a.m. and 8 a.m.

The second break-in was reported at 8:52 p.m. at 103 W. Lockhaven Drive, according to police reports. The apartment broken into was the same apartment police responded to on Saturday.

Both men made their first court appearances in the case Tuesday in District Court.