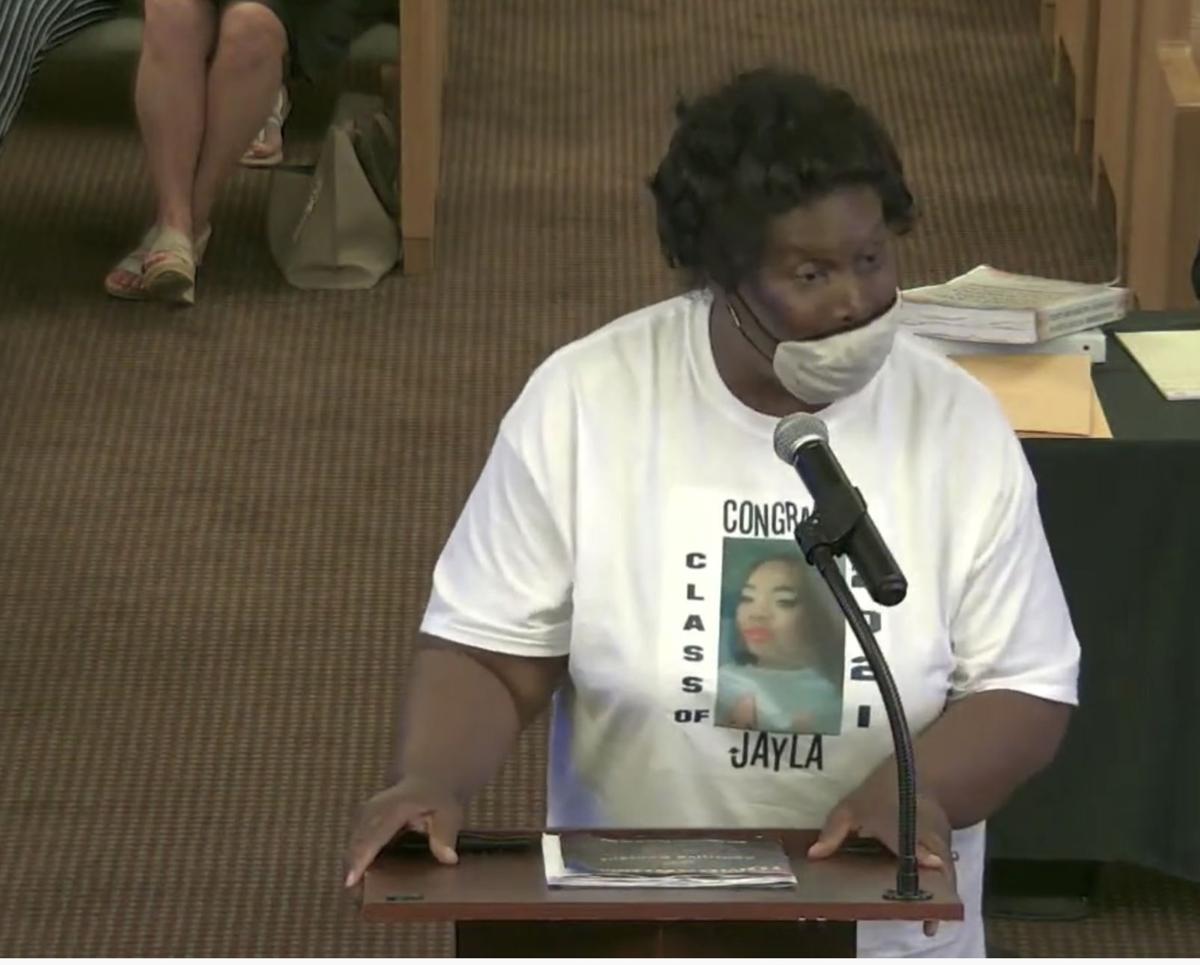 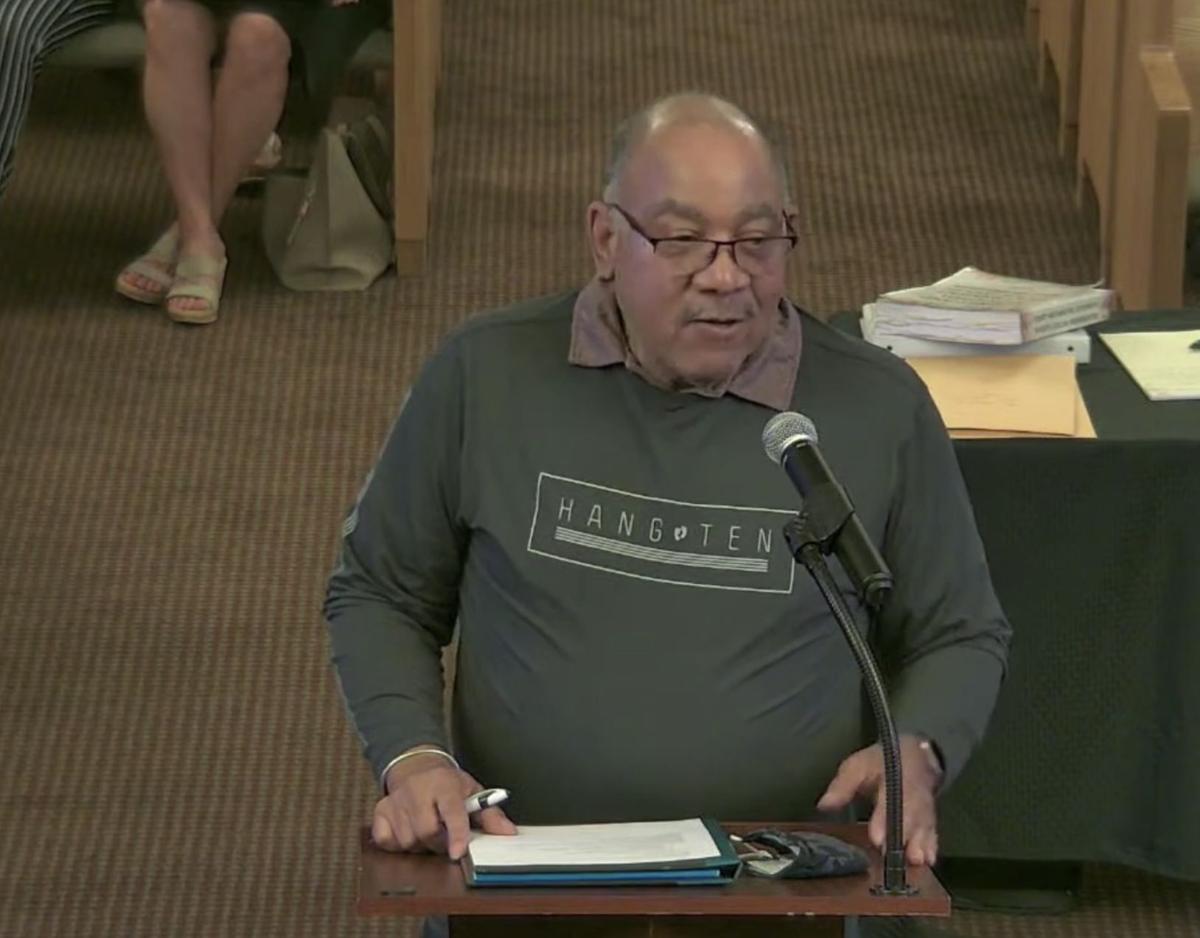 Residents spoke during a public hearing Monday in City Hall on the proposed $68.2 million spending plan.

If approved, the water and sewer bill for city residents would increase by $10 per month and by $19 per month for residents living outside the city limits.

On a $127,000 home, a Goldsboro homeowner would pay about $38 more per year, according to figures presented by Tim Salmon, Goldsboro city manager.

“That would be a proposed hardship for some people,” said Phyllis Merritt-James of Goldsboro.

Carl Martin and Janice Scanes also spoke during the hearing with concerns about the city budget.

Martin said the City Council has difficulty distinguishing between its wants and needs.

“My concern is that since 2015, (the) City Council has been on a spending spree, and we can see that in the results that (have) been reported by our financial manager,” Martin said.

“And what City Council has been doing is funding a wish list of wants, rather than basic infrastructure needs. And you’ve been doing it for several years. And it’s now coming to hit us. That’s what we need to do and what we should’ve been doing.”

Martin said the city invested millions of dollars into the projects only to see a poor return on investment.

“When we look it, we’re still continuing to fund it,” Martin said of the Paramount. “We’re still losing lots of money. A city does not need to be in the entertainment business running a theater, but we’re continuing to fund that and to have it and incur those expenses.”

Martin said said the city’s golf course and sports complex have not added to the city’s bottom line.

“Both of them are money losers,” Martin said.

“Go to anywhere at where they pay bills and see what they’re saying, even when they come out of this water bill place,” Scanes said. “They are shaking their heads, some people, saying, ‘I don’t know what I’m going to do,’ and y’all got the audacity to raise this water bill to 15% when it hasn’t been a year?”

City staff said the water and sewer rate increases were needed to offset operating costs and future capital improvement needs, based on the results of a utility rate study.

Staff this year attribute the increases to the need to help fund capital projects for the water and sewer systems and to account for inflationary costs the city has not kept pace with during the past decade.

Scanes accused the council of not caring about the elderly and warned the council not to follow the path of the Wayne County Board of Commissioners, who last week voted to increase property taxes by 6.6%.

Under the city’s recommended budget, Goldsboro’s property tax rate would increase to 68 cents from 65 cents per $100 in property valuation.

“Have y’all thought about the elderly? See, I care. I was brought up to care, and I (have sat) back long enough.”

Councilwoman Hiawatha Jones agreed with Scanes and said she is concerned about increasing rates and taxes on the elderly and people on fixed incomes.

“We are in the middle of a pandemic, and I’ve listened to my constituents,” Jones said. “One lady asked us not to let her make a decision between her water bill and her medical.”

Jones said as the budget is proposed currently, she’s not a fan.

“I looked at (the budget) last year, and (water and sewer rates) went up 17%, and I just saw that it was too much that we did, and 15% is still too much, but if we can go back to the drawing board and see what we can do to lower it, then I can understand that, but as it stands right now, I cannot agree to it,” Jones said. She also said she did not like the idea of increasing property taxes.

“I would love to be looked at as a hero for my next political campaign, but we have a fiduciary responsibility to be stewards of how the money is spent and to keep the city operational.”

“At $3 extra a month, maybe I’ll get one less hamburger,” Polack said. The $3 per month figure comes from his calculation of $36 in property taxes reflecting the increase one would pay on a home valued at less than $127,000 in Goldsboro.

Jones agreed something needs to be done to fix Goldsboro’s dilapidated water and sewer infrastructure, but not through double-digit increases.

“I agree that we need to do something, and I’m not campaigning at all,” she told Polack. “My concern is people that do have homes that don’t have the salary that you’re on that still will have to pay this.”

“We know that it impacts everybody in this city in one way or another,” Ham said. “We also know that not everybody is going to be happy with the end results. But I also believe I speak for my colleagues when I say, when it’s all over and done with, we believe that we have done the best that we can do with the resources that we have, and we are not finished yet.”

City Council will hold a budget work session at 3 p.m. Thursday at the Council Chambers of City Hall, at 214 N. Center St.

Council is expected to vote on the budget at its June 21 council meeting. The budget goes into effect July 1.