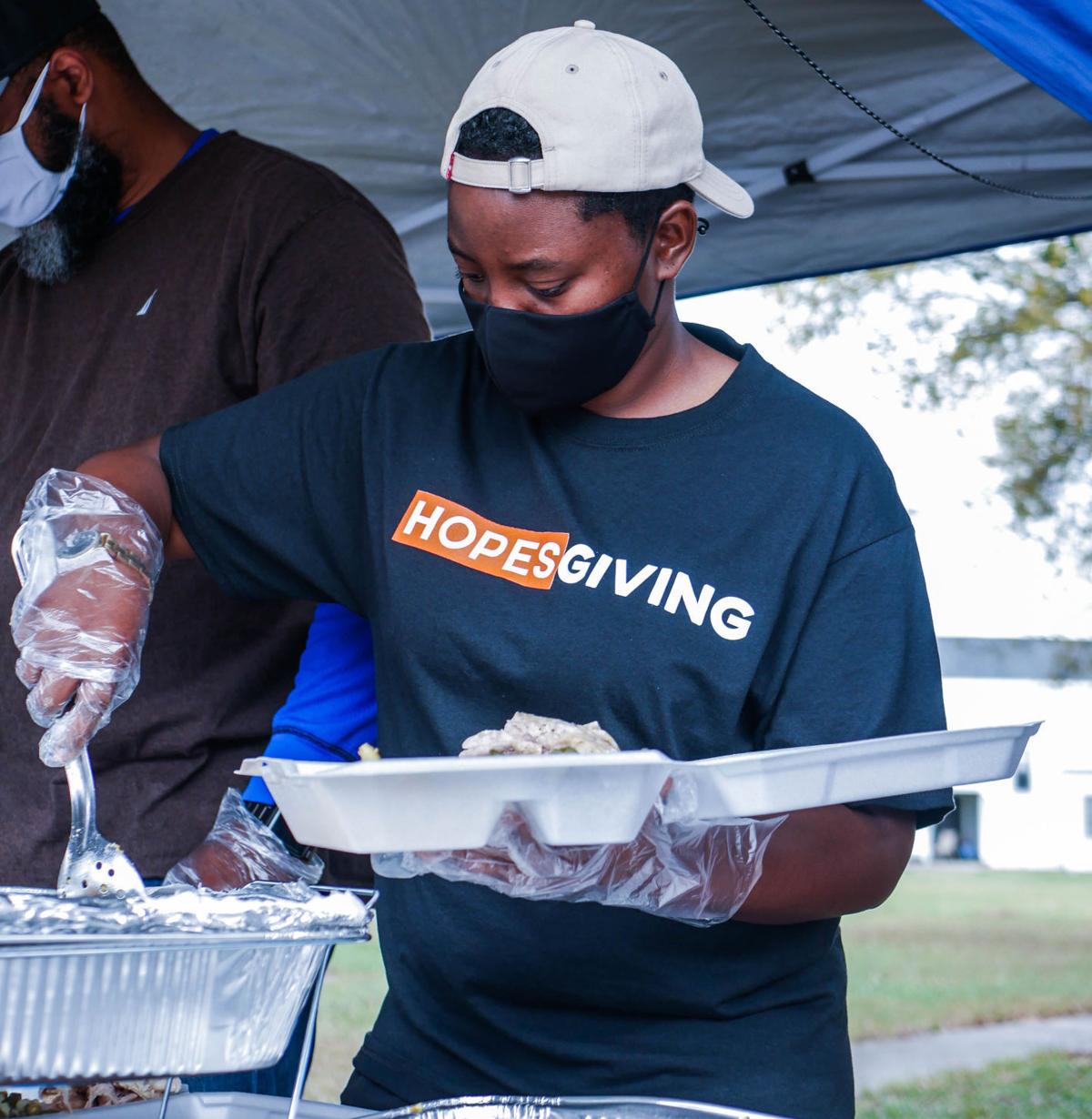 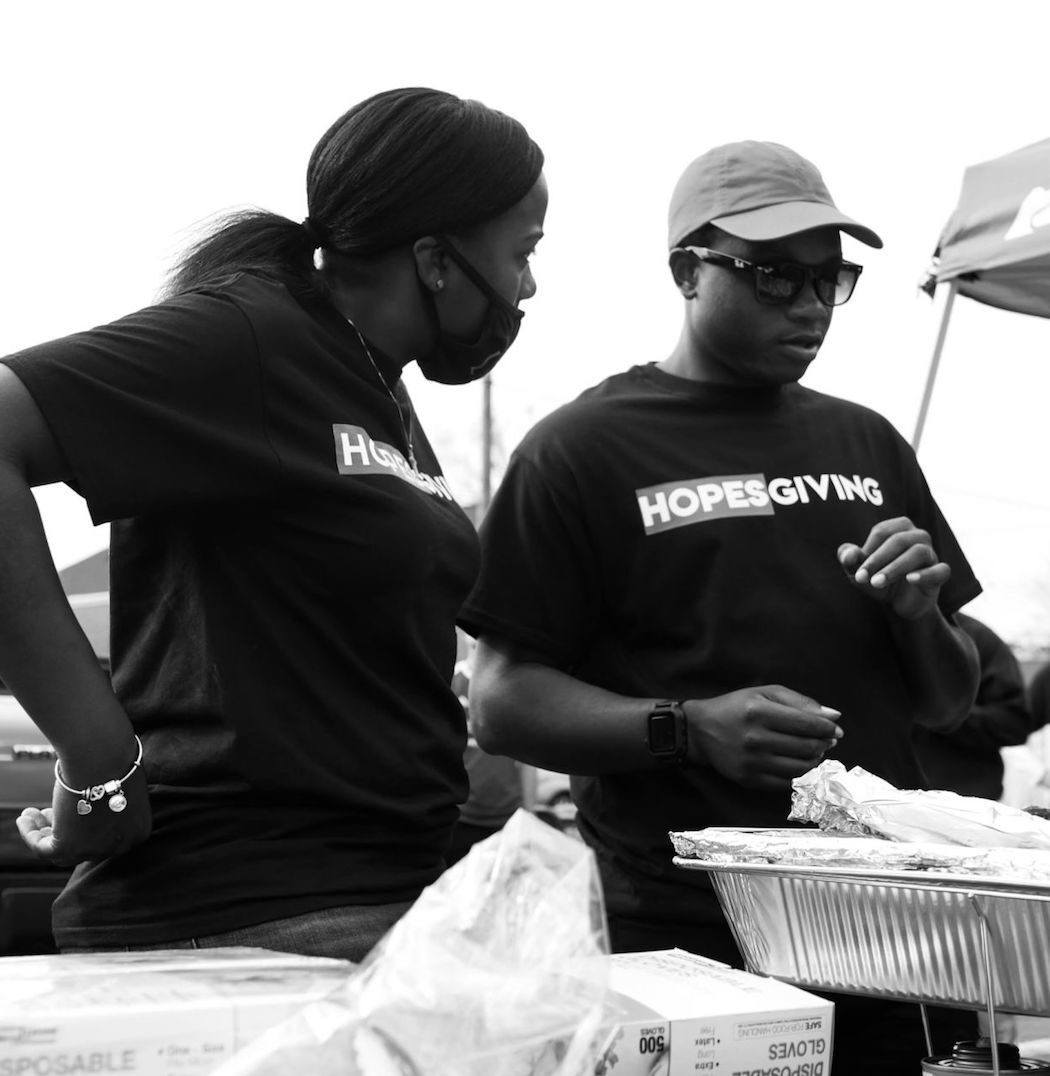 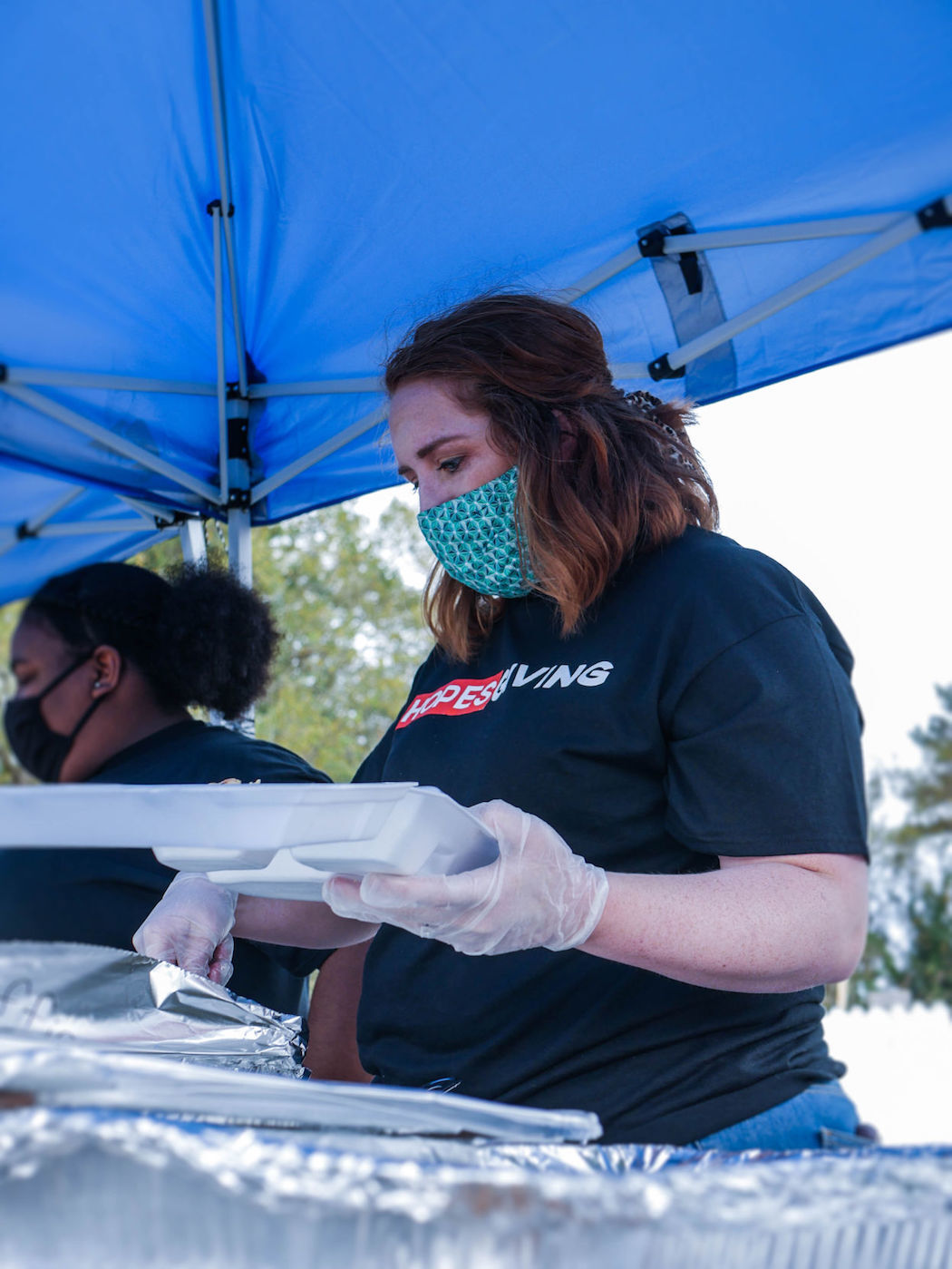 Ja’Shawn Faire, founder of Hope for Goldsboro, wants to provide Thanksgiving to 500 people from all walks of life this year.

Faire, who has been involved in community service for years, plans to provide free Thanksgiving meals — known as Hopesgiving — at the Dillard Alumni building.

If someone can’t get out of their home or has no transportation to the event, volunteers will deliver the meal to them. Faire said they need to go to the organization’s Facebook page, Hope for Goldsboro, and send a message.

“I prefer people to dine in because I would love to interact with them and have them meet us and see who we are,” Faire said. “Also, I want to fill that building. I want people to come in, sit down and enjoy their meal.”

He said the Thanksgiving meal is open to anybody, whether they are homeless on the streets or living in their own home.

“Everybody is welcome,” he said.

While those dining in enjoy the meal, a DJ will provide music. And volunteers with the Christian-based nonprofit group will be walking around talking to those attending.

Last year, Faire and his grandmother, Flora Cobb, prepared most of the meal, with the help of a few volunteers.

“I was at the police academy last year during that time, and it was a lot for me.” he said. “I was cooking as well as preparing for school the next morning. But we got it done.

“A classmate helped cook some stuff, and another classmate made desserts. Others cooked little things. But most of the big portions of the meats, myself and my grandma did that.”

Being in school and not having a job last year was rough on Faire, but his classmates at the police academy held a car wash that brought in $1,200 that provided the holiday meal.

He said those attending last year thanked him and his group for the special meal. Some told him they didn’t know how they were going to eat that day if not for the that meal. And some even offered to help him with the Thanksgiving meal this year.

Faire launched Hope for Goldsboro in January 2020, with the help of his best friend, Feronte Webb.

“We’re here to care for people in need, whether it’s serving food, donating a blessing box or donating to people in need in general,” Faire said. “We’re just here to be a blessing to someone in their time of need.”

Faire said he’s always given back to people. In high school, he would go out and do Thanksgiving boxes and also hand out toys for children at Christmas time.

“I used to go out on my days off and cook food on the grill and serve people every weekend that I was off of work,” he said. “I was doing it so much that it got to the point where I thought why not make it a group and call it something.”

Faire said he thought about everything that goes on in the city and the fact that he was helping people, and came up with the name Hope for Goldsboro.

“So far we’re really known for cooking food, on Saturday, getting on the grill and throwing on some chicken and going out and handing it out to the homeless,” he said. “We’ve done a lot of that.

Faire said when he was cooking meals every other Saturday, funds to purchase the food came mostly from his own pocket. He said every now and then people would hear about what he was doing and would donate.

“I love helping people,” he said. “Being a police officer, it gives me the opportunity to help people even more. It’s just a good feeling.

“God placed me here for a reason. This is my purpose for being here, to help people. I love it. It does me good to know at the end of the day whenever I get out of my uniform and lay down at nighttime that I have impacted somebody’s life.”

Faire hopes to be able to continue making an impact in people’s lives in the future.