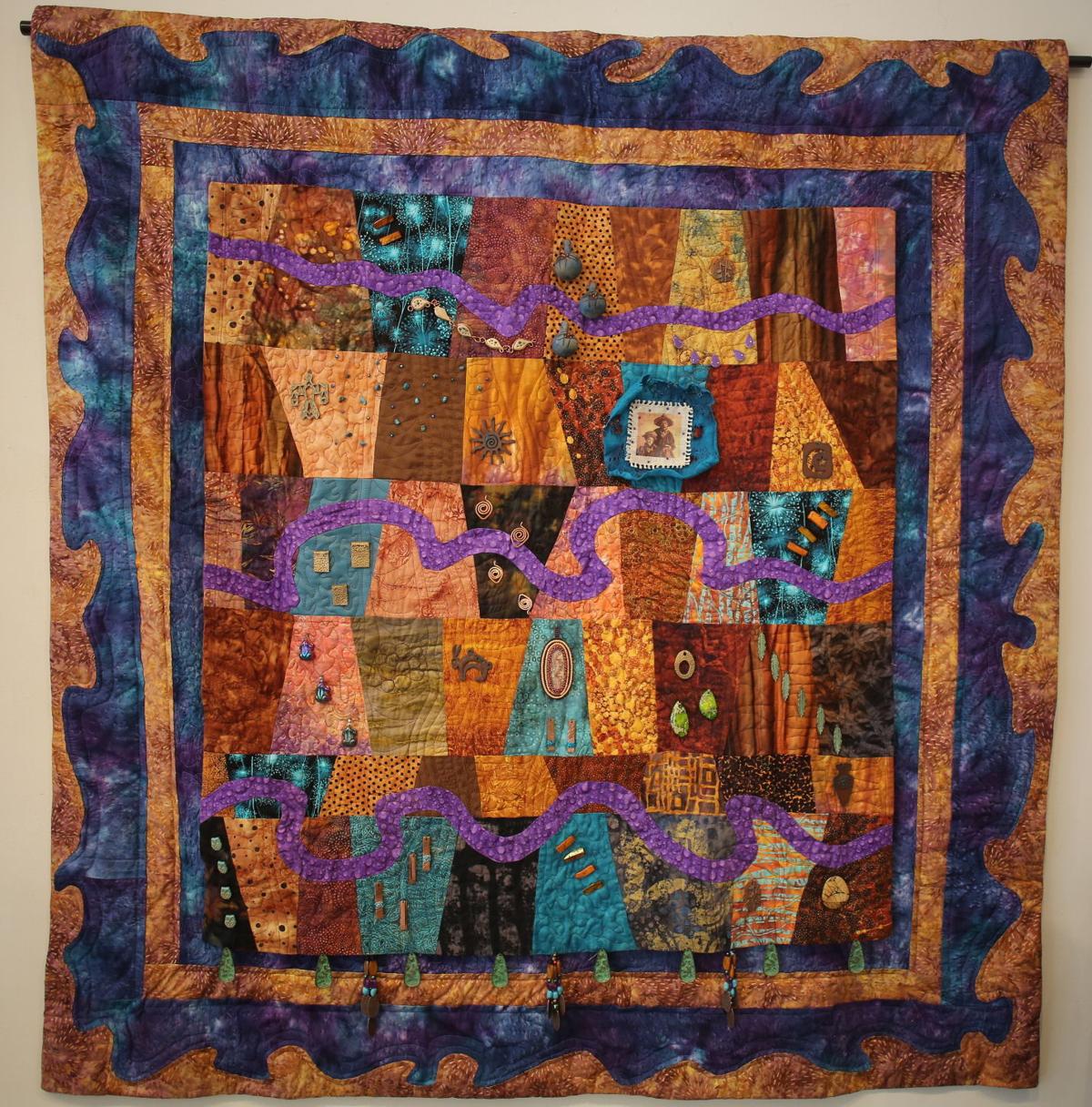 “Way Out West,” a quilt done by Barbara Meilinger, is in the Juried Art Show. 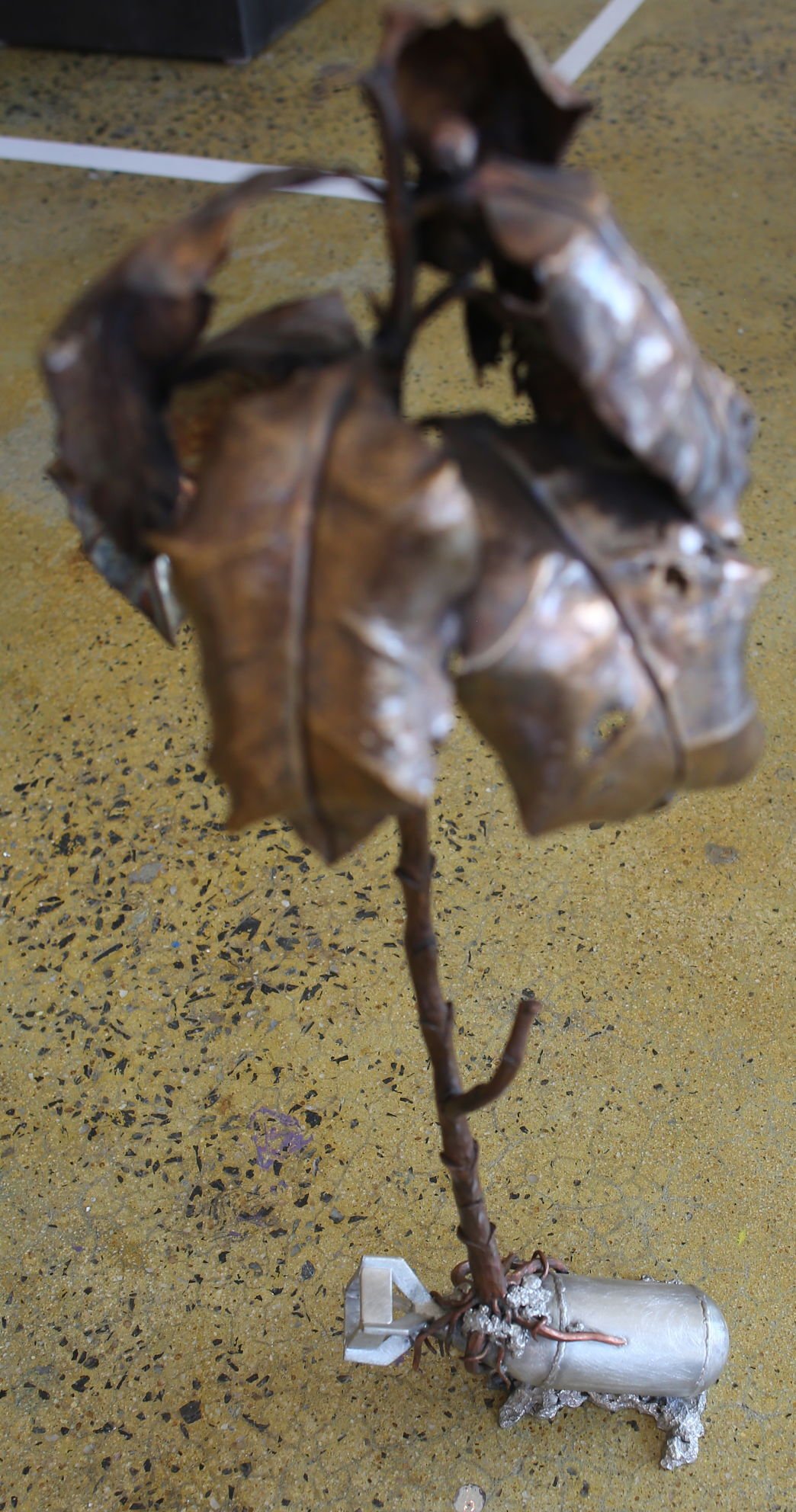 A metal piece titled “A Bomb in Every Foot of This Land” by Michael Woodle won third place in the Juried Art Show. 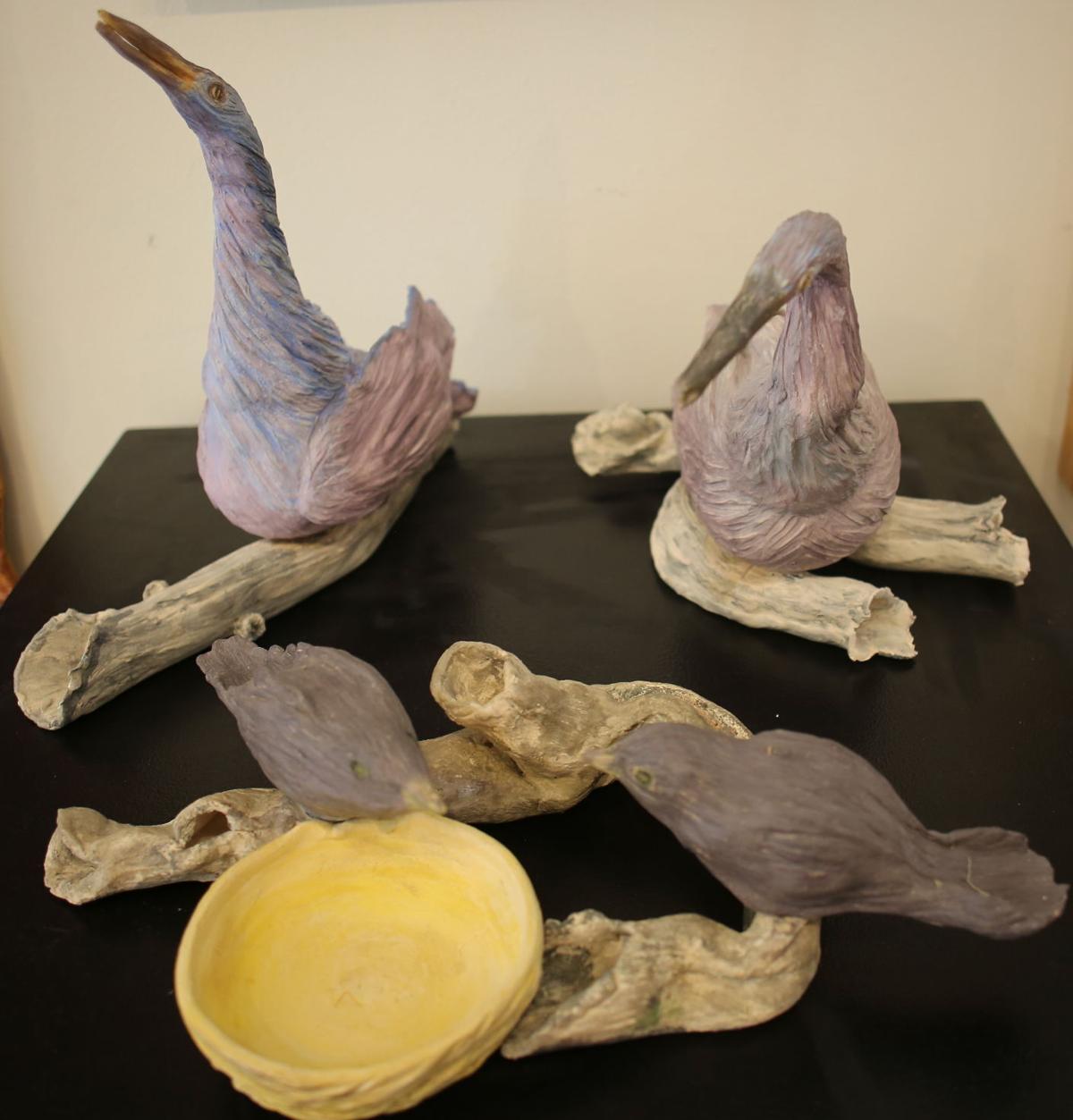 Vicky Smith created a set of three ceramic birds, which are in the Juried Art Show.

“Way Out West,” a quilt done by Barbara Meilinger, is in the Juried Art Show.

A metal piece titled “A Bomb in Every Foot of This Land” by Michael Woodle won third place in the Juried Art Show.

Vicky Smith created a set of three ceramic birds, which are in the Juried Art Show.

Photographs, big ceramic pieces, paintings, a quilt and even a couple of three-dimensional pieces fill the upstairs and downstairs galleries of the Arts Council of Wayne County for the 42nd annual National Juried Art Show.

There are a total of 78 entries in the show from 20 artists, said Hannah Fitzgerald, gallery director. She said there are more pieces in this year’s show than there were last year.

To be in the show, artists had to go through the call for entries, or CaFE, app.

“We started using it in recent years,” Fitzgerald said. “It brings in a lot of different work.”

She said artists submit their work online. A juror looks at them and chooses the ones to be in the show. Then the juror goes to the Arts Council after the pieces are in the gallery to judge them for Best of Show, second, third and People’s Choice awards.

Although there were several artists from throughout North Carolina, there were none from Wayne County, Fitzgerald said. She said some were from Hawaii, California and Pennsylvania.

One unusual piece was a bomb done with various metals by Michael Woodle.

“Tracy Penrod, one of our studio artists, told me the story about the bomb,” Fitzgerald said. “A plane crashed in the 1960s over near where she lived in Wayne County. When it crashed, it had two bombs on it, and they recovered one and the other one was in the swamp. It went too far down for them to get it out, so it’s still there.”

This year’s juror was Charlene Newsom, owner of Gallery C, a fine art gallery in Raleigh.

She said the quality of the entries was extremely high.

“I as the juror was blind,” Newsom said. “I didn’t know the names of the artists or where they were from. And I had to (look at the art) on a computer, which is challenging.

“So when I walked in and saw the show, the scale was surprising to me.”

Newsom chose the works to be in the show, and then chose the winners.

“I wasn’t given any guidelines,” she said. “I was just told to look for quality.

“I was judging on quality and innovation. I don’t know how the mix has been in years past, but I felt like there was a very high percent of three-dimensional work that was submitted.

Newsom did see one unusual piece that she chose for the show, but that didn’t receive an award. It was a piece made of wax and bricks.

“This is a very unexpected combination of mediums,” she said. “This is a medium that can melt and go away. This is not permanent. Then you’ve got something like this (brick) that’s much more solid and kind of everlasting. It’s called Umbilicus. This is a total surprise.”

Newsom said when she first saw it on the computer, she wanted it to be in the show.

“Now that I see it in person, I like it even more because I see how the brick was cut,” she said. “It was all thought through, not just actions. And the way the wax was formed. That’s why I put it in the show.”

Newsom said being from North Carolina, she felt there ought to be a quilt in the show, too. The one she chose was not the normal quilt, but had various objects incorporated in it.

Each artist was allowed to have up to four pieces in the show.

“I was also looking for a variety of sizes.”

Other winners were Donna Slade, second with an acrylic and colored pencil piece titled “Put Yourself in My Shoes #1”; Michael Woodle, third with “A Bomb in Every Foot of This Land”; and Dusty James, People’s Choice with a three-dimensional piece titled “I’m Not Exempt From the Whitest of Noise.”

Newsom said art does a number of different things for people.

“It can be very therapeutic, being around it,” she said. “When you’re looking at it and you’re relating to what someone else saw, there’s a connection formed. You’re going to have your own interpretation (of a piece of art) based on your life and your experiences.”

She also praised the Arts Council of Wayne County for being able to attract such talent to Wayne County.

“This is a very high caliber production,” Newsom said. “I hope a lot of people will come and see this.”