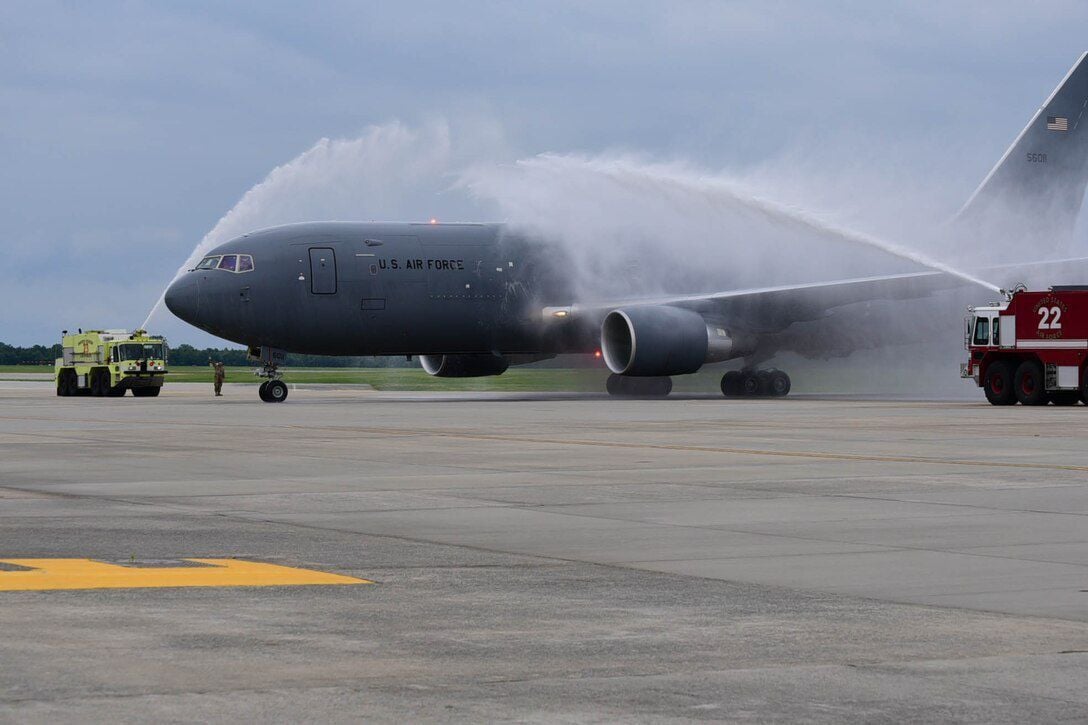 The first Pegasus lands on June 12, 2020, at Seymour Johnson Air Force Base. 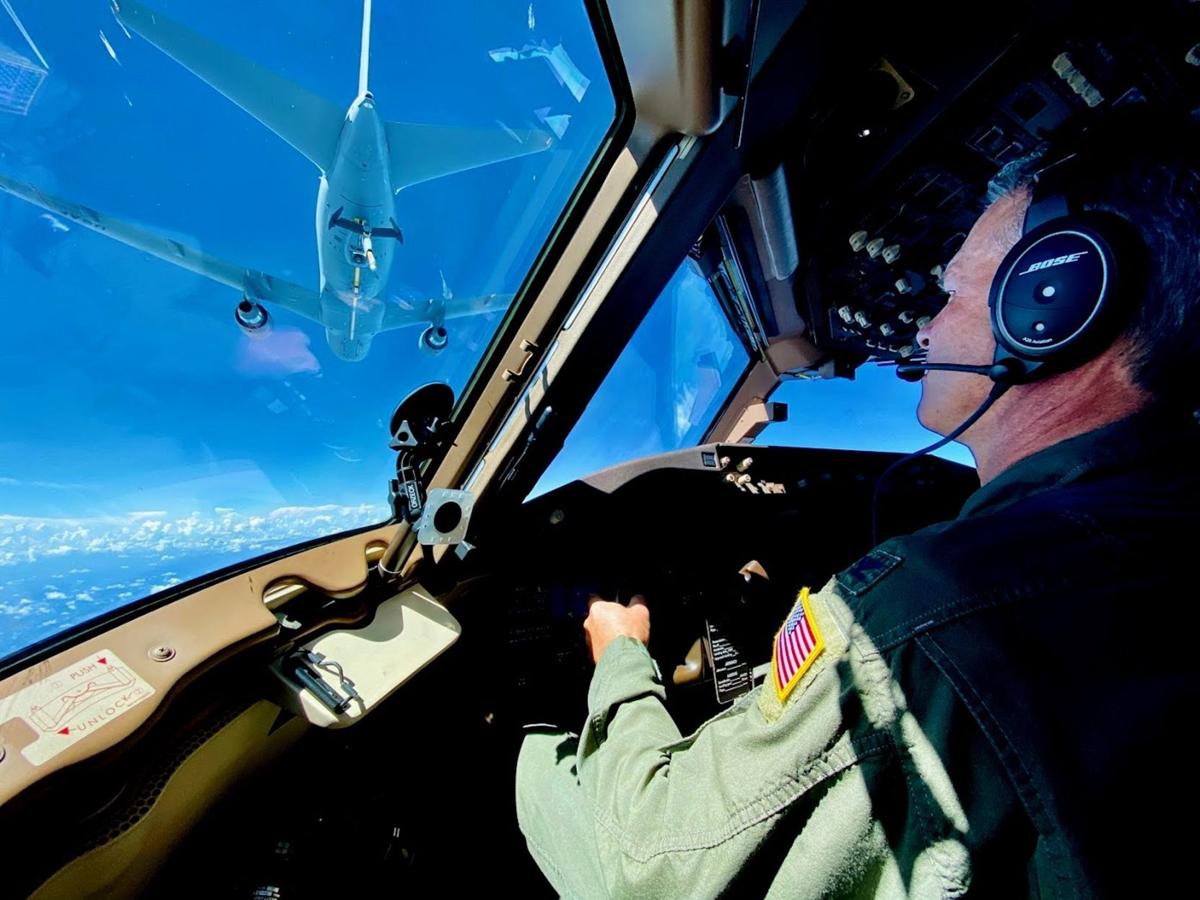 Col. Steve Lanier, 916th Air Refueling Wing commander, flies the wing’s newest aircraft, the KC-46 Pegasus. The base is set to have a full fleet of 12 of the aircraft by the fall. 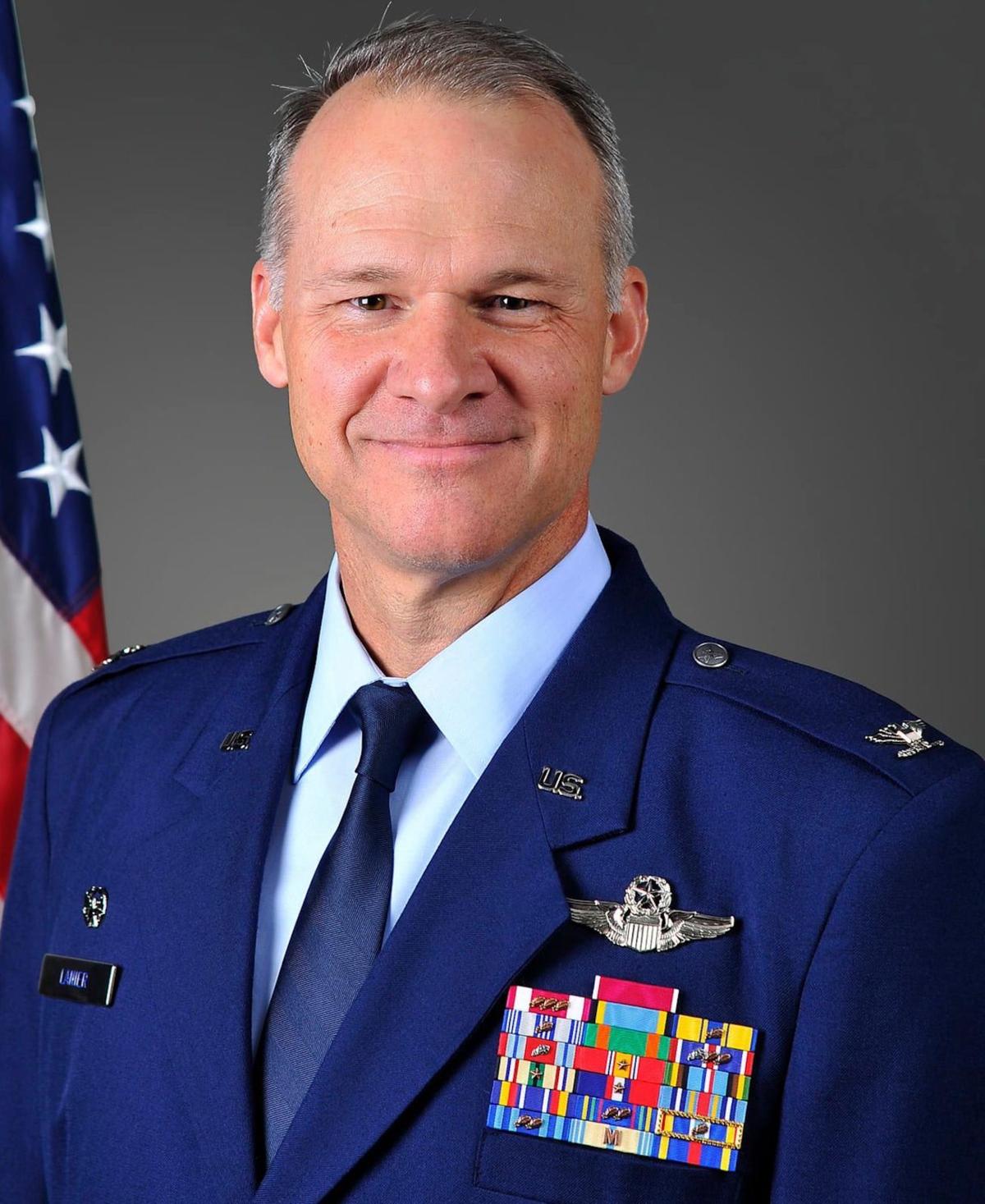 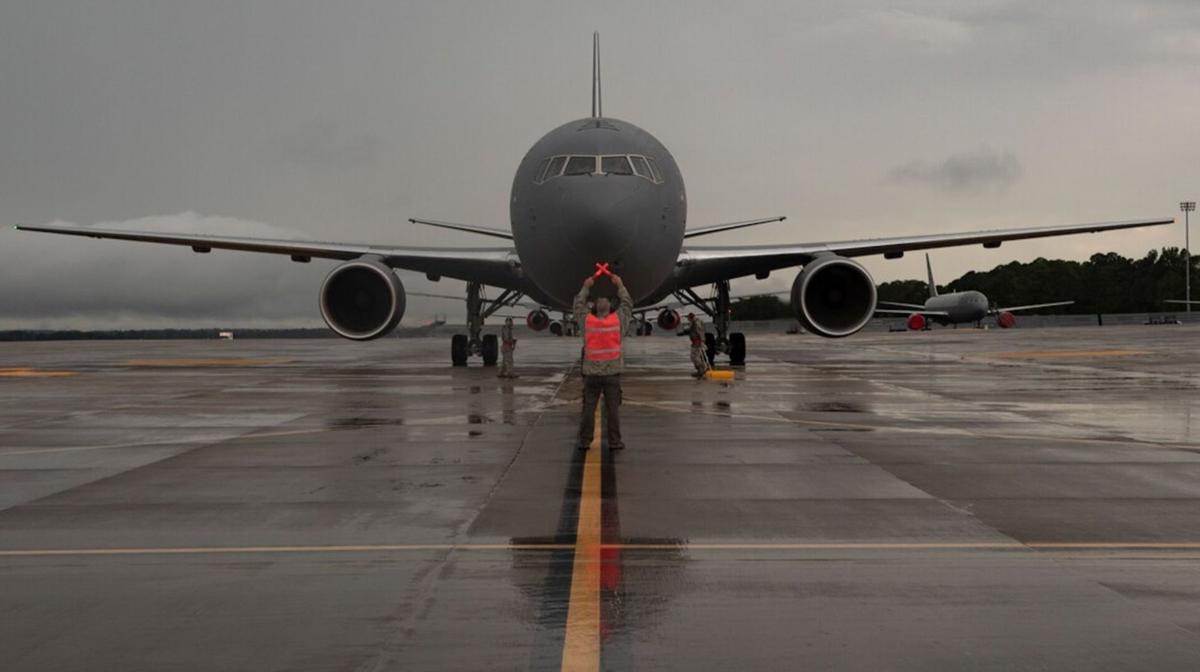 The first Pegasus lands on June 12, 2020, at Seymour Johnson Air Force Base.

Col. Steve Lanier, 916th Air Refueling Wing commander, flies the wing’s newest aircraft, the KC-46 Pegasus. The base is set to have a full fleet of 12 of the aircraft by the fall.

Col. Steve Lanier, commander of the 916th Air Refueling Wing at Seymour Johnson Air Force Base, said when the last KC-135 left the wing in February 2020, it was a sad sight to see the flightline empty of the big tankers.

That changed with the arrival of the wing’s first KC-46 Pegasus aircraft several months later, in June 2020.

The 916th now has six of the Air Force’s newest aircraft, the KC-46, and is anticipating its seventh — and the Air Force’s 46th — Pegasus any day now. The wing is set to receive a total of 12 of the aircraft.

Lanier noted that the KC-135 Stratotanker is still a very capable airplane that will continue to fly for probably decades. The 916th’s old planes went to other KC-135 bases.

“The Air Force has been trying to select and move on to the next generation of tanker for a long time,” he said.

“This aircraft (KC-46), not only is it 21st century technology-wise, but it brings a lot more capability to the fight as far as situational awareness just to our aircrews. The things that they can see in the cockpit on this new airplane give them so much more information about the environment that they’re operating in.

The KC-46 Pegasus is equipped with infrared countermeasures and limited electronic warfare capabilities to protect itself.

“One of the things we don’t talk about a lot that we have found as we started flying, it’s (KC-46) just really comfortable,” he said. “The KC-135 doesn’t have air conditioning on the ground. The hot North Carolina summers, we would improvise and have an air conditioning cart sitting on the ground, and we’d run a hose up in the aircraft. That would keep a small part of the airplane relatively cool while preflighting. The back of the airplane, there’s no way to cool that on the ground.

“So when our folks deployed to Al Udeid, Kuwait, where it was hotter than even here, it can be 130, 140 degrees on the airplane as they’re trying to preflight. What a lot of folks would do is bring a change of clothes. You’d be soaked.”

At some point after taking off and leveling off and it starts to cool off, crew members would take a minute to at least change T-shirts and put on a dry T-shirt so they’re not soaked, he said.

Lanier believes one of the reasons the 916th ARW was chosen to fly the KC-46 is because the wing has a long record of excellence in the Air Force Reserve Command and the Air Force in general.

“Over the years, we deploy regularly, and up to that time, had led the Air Force Reserve Command in KC-135 flying hours, so very productive,” he said.

“Another reason is our location here on the East Coast in the middle of the mid-Atlantic with lots of fighter bases up and down the coast and lots of other cargo mobility aircraft bases that we can support for training and operational. So I think geographically our location was a big factor in that.”

Lanier said more important is the support the 916th has at Seymour Johnson AFB from the 4th Fighter Wing and the Goldsboro community.

When the 916th wing got its first Pegasus in June 2020, it was a big event, Lanier said. Gen. Richard Scobee, Air Force Reserve Command commander, and Chief Master Sgt. Timothy White, command chief at headquarters, met a 916th aircrew in Seattle, took delivery of the plane and flew it to Seymour Johnson AFB.

“Obviously a lot of work went into that over not just a couple months, but over years, so going back to 2015-16 time frame is when the Air Force selected the 916th to be the first Air Force Reserve Command unit-equipped KC-46 wing.”

Lanier said he doesn’t know the date the last KC-46 will arrive because COVID-19 affected the delivery schedule. But he expects to have all 12 aircraft by the fall.

Lanier said the transition into the new aircraft has been challenging, beginning with sending maintenance personnel to McConnell Air Force Base in Kansas and Altus Air Force Base in Oklahoma for two to three months of training.

“It was a challenge for most our traditional reservist maintainers because they have civilian jobs, school, families,” Lanier said. “They come here one weekend a month, a couple weeks a year and deploy.”

He said it wasn’t necessarily in their plans to set aside two or three months for KC-46 training.

Aircrews also had to train, first at ground school, then in simulators and finally at the Seymour Johnson AFB flightline.

“Again, it was a big commitment of time to ask from our folks and a big financial bill the Air Force had to come up with to pay folks,” Lanier said.

Lanier said there have been some challenges transitioning to the new aircraft, but none that the reservists couldn’t overcome.

Senior Master Sgt. Barry Bradley, 916th Operations Group, is a boom operator on the Pegasus. He said the transition was not too difficult.

“Overall, I believe the majority enjoy this aircraft more than the KC-135, especially the comforts both on the ground and in flight,” he said.

“The crews love it and will help ensure the Pegasus fulfills its role as the next generation tanker,” he said.

Lanier has been on the flightline to receive each and every KC-46.

Lanier said the 916th will most likely be deploying in the KC-46 within the next two to three years. And it will definitely be on static display at the next base airshow.