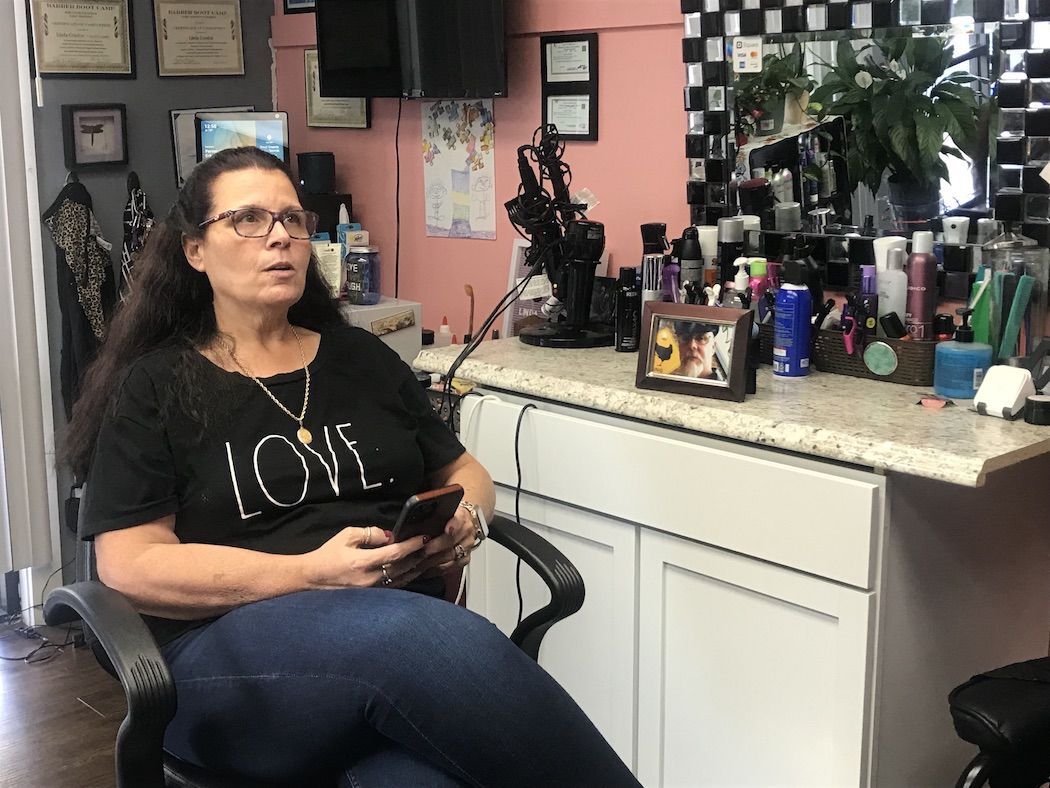 Hairstylist Linda Condon is pictured inside her business, Hair & Nail Trendz Salon in Goldsboro. A framed photo of her late husband, John, at right, is prominently displayed in the shop. 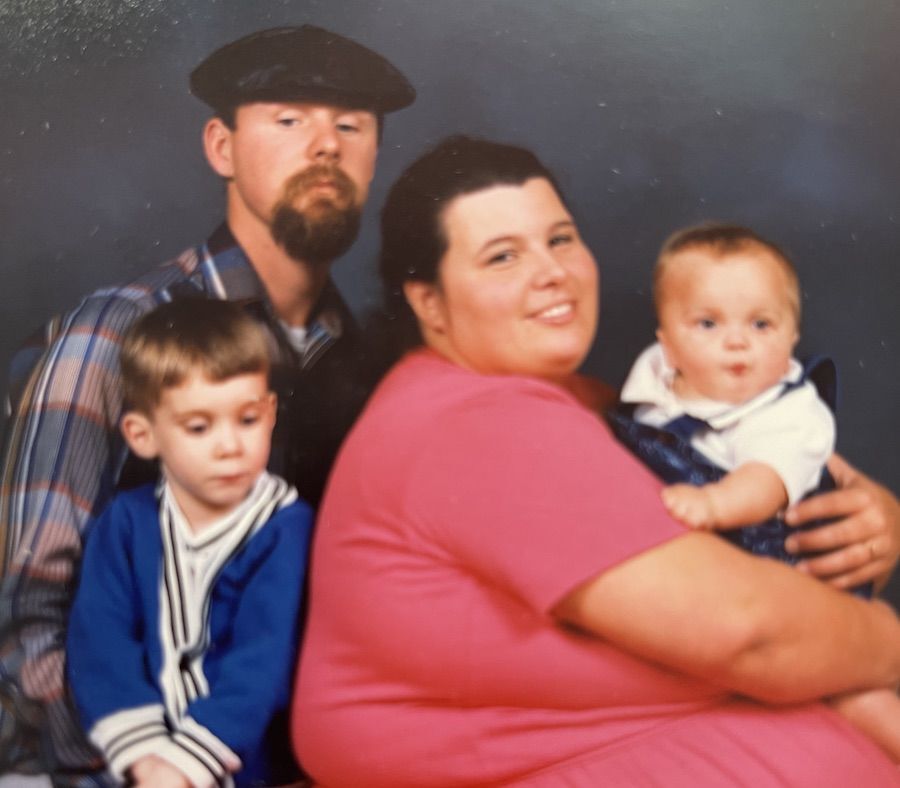 Linda Condon and her late husband, John Condon, are shown 9 years ago with two of the nine children they adopted.

Hairstylist Linda Condon is pictured inside her business, Hair & Nail Trendz Salon in Goldsboro. A framed photo of her late husband, John, at right, is prominently displayed in the shop.

Linda Condon and her late husband, John Condon, are shown 9 years ago with two of the nine children they adopted.

Linda Condon has cracked the code of Thanksgiving.

It’s not about calculating when the fourth Thursday in November falls and then celebrating “turkey day.”

Nor is it centered around having a lot of stuff.

She discovered long ago to be thankful even in the lean times, and the art of recognizing life’s true blessings.

For the past few years she has worked as a beautician but actually began learning the trade by watching her mother in the role.

“I was her assistant,” she says with a smile.

While she learned much from her mother, Condon also wound up teaching her a few things.

“I got my diploma and graduated with her so she would graduate, then I went to cosmetology school.”

Condon got married at 16 to the man she still calls the love of her life.

She had prayed for God to pick out a Christian man for her, she said, and he showed up in the form of John Condon.

“He came with my friends to pick me up to go to church,” she said. “He wasn’t good looking to me, but I knew he was mine.”

He was 18 and in the Marine Corps. Their relationship began as pen pals and through the military became world travelers — to England, Greece, Australia and the Isle of Patmos.

Linda knew she wanted to be a mother, she says, and initially it seemed that “everybody was having kids but me.”

She prayed and prayed, but a health issue her husband developed while in the military prevented the couple from having children.

“We decided to adopt,” she said, adding that she had a very specific request — special needs children.

As a youngster, she required several surgeries at Duke Hospital, she explained, where she saw many children with special needs.

“We became foster parents so we could adopt,” she said.

The couple wound up adopting a total of nine children. Three have since passed away, and the only one still living at home is Robbie, 35.

She also has seven grandchildren.

But her love story with John was cut short a few years ago when John hurt his back and during the course of hospitalizations had a reaction to one of the treatments. His organs began shutting down and he suffered for over a year before he died in 2015. He was 51.

“The Wednesday before John died — we prayed together, every day — he looked at me and he told me, Issy, that’s what he called me, if you’re worried about my salvation, don’t. I will see you on the other side.

Despite that reassurance, and her faith, the loss was a difficult one.

“I went from being 16 and being married to 49 years old and a widow with an autistic son who had a lot of issues,” she said. ”I have had to be mom and dad.”

She admits there was a time when she was suicidal.

“I had everything planned out,” she said. “But God didn’t let me do it.”

Condon has relied on that belief to sustain her.

“When I’m weak, He’s my strength. Every single day I thank God for what I have and I thank God that He’s my father,” she said. “Every time I start to doubt, God proves to me, and He doesn’t have to prove to me nothing, but He shows me, I’ve got your back, girl.

“When I feel like giving up, He’s my strength.”

The hairstylist also tested her faith for her career path.

Working at several salons around the county, she also serves clients when they move into nursing homes. And one Saturday a month, armed with her shampoo bowl, she sets out to find homeless people who would benefit from the gift.

At one point she began contemplating opening her own shop.

She learned about a vacant site in the strip mall near Delmus Hardware. Condon investigated and immediately sensed it was for her.

“I came in here every day for a week and we made the deal,” she said.

Condon says God has continued to answer prayers, not only financially as she builds her business but also in the atmosphere she had only dreamed about.

“It was so peaceful in here, and that’s what I wanted it to be,” she said. “I want people that come in here to feel comfortable. I want it so the special needs population can come in here and not be scared of things being so loud and just so many people.

“I book my appointments to where there’s not a lot of people at one time.”

Ultimately, she wants her salon to be a welcoming and Godly place, she said.

“There’s sometimes people coming in here and will ask to pray,” she said. “We can talk about Jesus, we can talk about your mam, your daddy, somebody being sick, and you’re not worried that you’re going to offend someone.

“I don’t care what religion you are, just a place where people feel comfortable.”

Her efforts are not about recognition, though.

“I just want to be known as a humble woman who loved the Lord,” she said.

And not only on this designated holiday.

“I am thankful every day,” she said. “First and foremost I’m thankful to be a child of God and that He’s given me my family. That’s every year.

That gratitude was instilled early, as she recalls growing up without a lot.

“I can remember a time when churches would give us food as a child — the Salvation Army, different churches, would give us boxes of food,” she said. “Every time I go to Food Lion, I buy a box (of food to donate) because that box means a lot to people, because it did to me, my sister and my brother.

“Now when I cook Thanksgiving dinner, I think of my parents, and I’m thankful that I might have had a hard life but we had love. Thanksgiving was family time.”