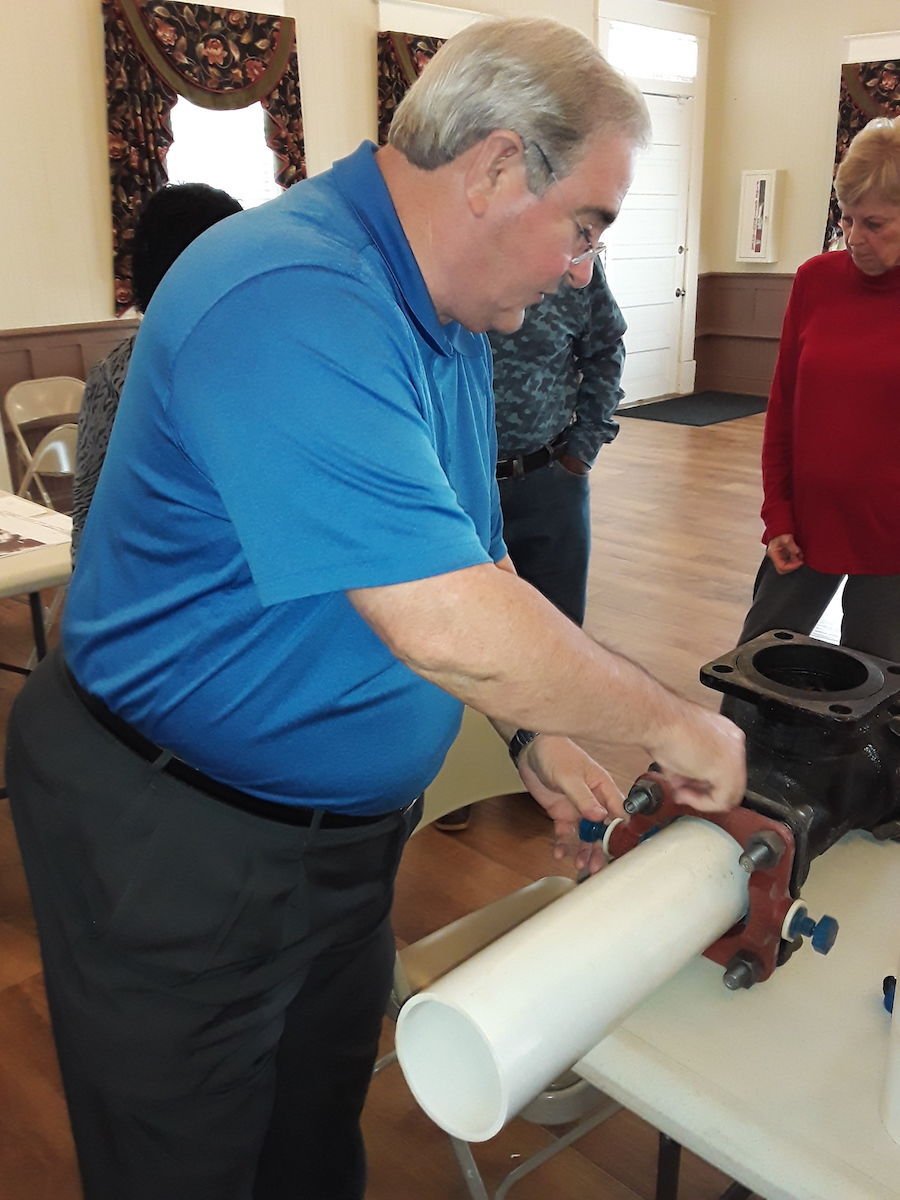 Mount Olive town board member Steve Wiggins examines a model of the sewer pipes that need repairs during a recent special called meeting. 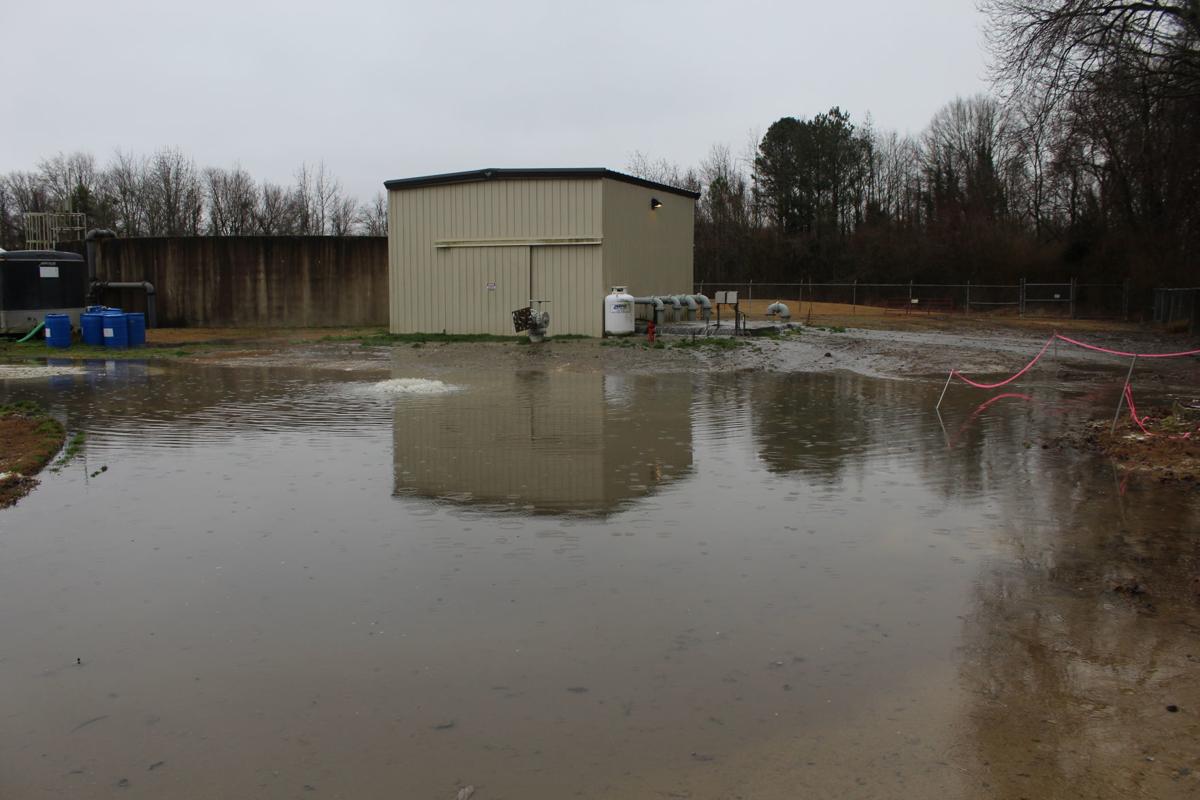 Mount Olive town board member Steve Wiggins examines a model of the sewer pipes that need repairs during a recent special called meeting.

MOUNT OLIVE — The Mount Olive town board took up the issue of its sewer infrastructure again during a recent special called meeting.

The meeting, which was held at the Mount Olive Convention Center, at 110 W. Main St., came less than a month after the town discovered four sewer lines leading to irrigation fields were malfunctioning. It turned out they were malfunctioning because gaskets and bolts used to secure the pipes together were the wrong size for the pipes.

The pipes and their parts were installed by Rock Hill, South Carolina-based engineering firm Dellinger. The town contracted with the company in November 2020 to have the lines laid at a cost of $3.5 million, which was paid for through a state grant.

Clark Maness, WithersRavenel project manager, who led the town board’s two-hour-plus meeting, said the board had three options from which to choose in addressing the malfunctioning lines.

One option was to have Dellinger go in and dig up the lines and start new. The second involves having the company go in and replace specific parts rather than the lines in whole. The third option, which the board eventually voted to use, involved having Dellinger replace the noted parts and ask for an extended warranty from the company.

During the meeting, board member Barbara Kornegay demanded assurance that Dellinger would complete the updates without further complications.

“Have they got the right stuff to handle our other sewer lines?” she asked Maness. “If they didn’t find the lack of pressure in these other lines until they tested them — after they had already laid them — I don’t trust these people.”

Board member Dennis Draper asked if the project cost will increase depending on the work that will take place, to which Maness said no.

“That price is set,” he said. “It will not change. I can also tell you that Dellinger does not want to face any fines for going over the contract terms, so they may ask for an extension.”

As talks progressed, the board got a first hand look at how the pipes had been improperly fitted thanks to a hands-on look at pipes similar to the ones needing updates. The demonstration eventually led the board to settle on the third option, but with a caveat.

The board demanded that when the pipes are refitted, it wanted WithersRavenel’s own inspector to check each line before it is laid back in the ground, to which Maness agreed could be done.

Manes said as long as negotiations between the board and Dellinger work out, he expected work to start on the lines in early 2022. He said the company has until June 2022 to finish all of its work for the town, including any other unfinished sewer line projects.

Mount Olive’s drive to get its sewer lines up to date is connected to the inability of the town’s wastewater treatment plant to handle the load that it takes in. The plant has a capacity of 1.6 million gallons per day, but the wastewater entering the plant exceeds the capacity during heavy rains, causing spills and discharges into the headwaters of the Northeast Cape Fear River.

Due to repeated spills and N.C. Department of Environmental Quality violations, the town was placed on a moratorium on May 15, 2015, which does not allow for new sewer taps, sewer extensions or additional flow to the wastewater plant.

The treatment plant is permitted by law to treat approximately 1.6 million gallons of wastewater daily. It handles sewage for customers in Wayne and Duplin counties.

In addition to the moratorium, the wastewater treatment plant is operating under special order by consent. The order outlines a specific response that the town of Mount Olive must go through in the case of incidences, such as certain wastewater spills.