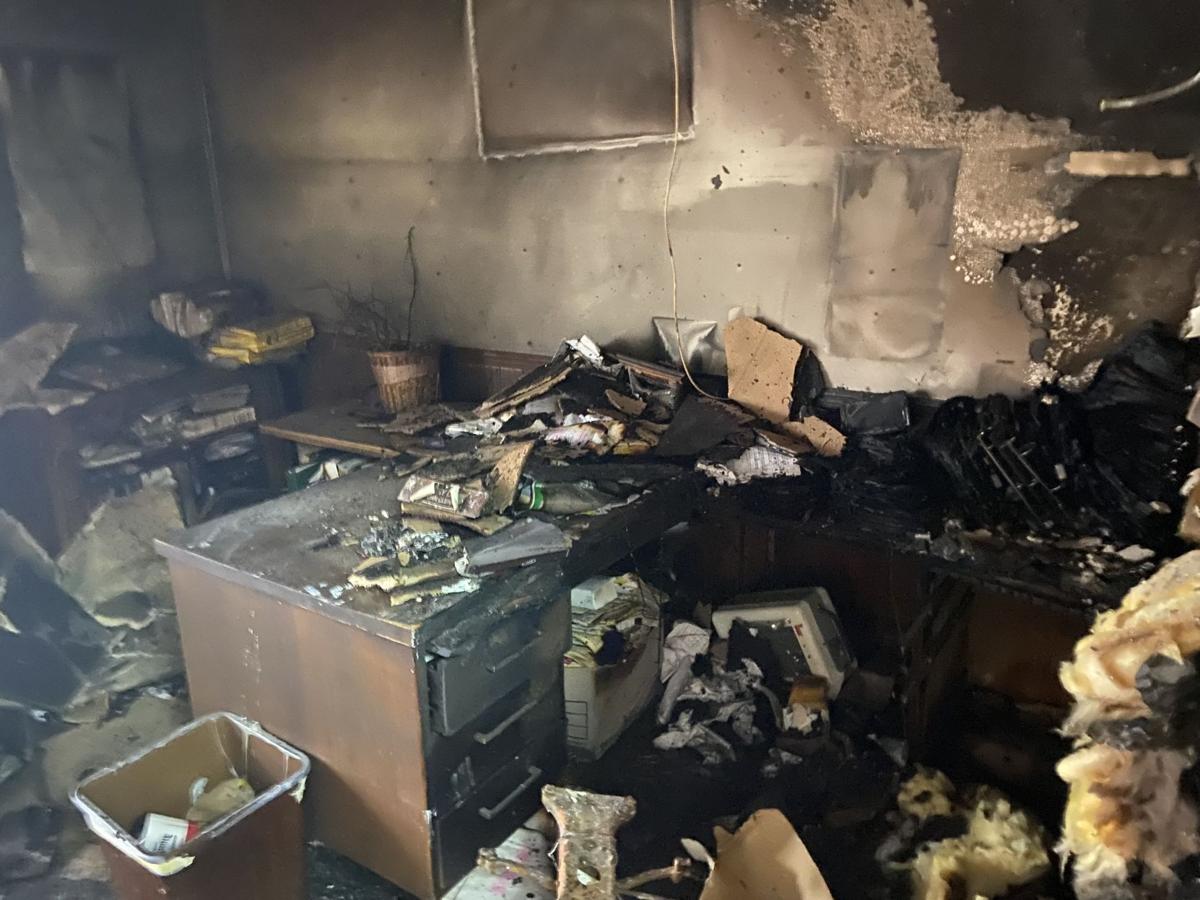 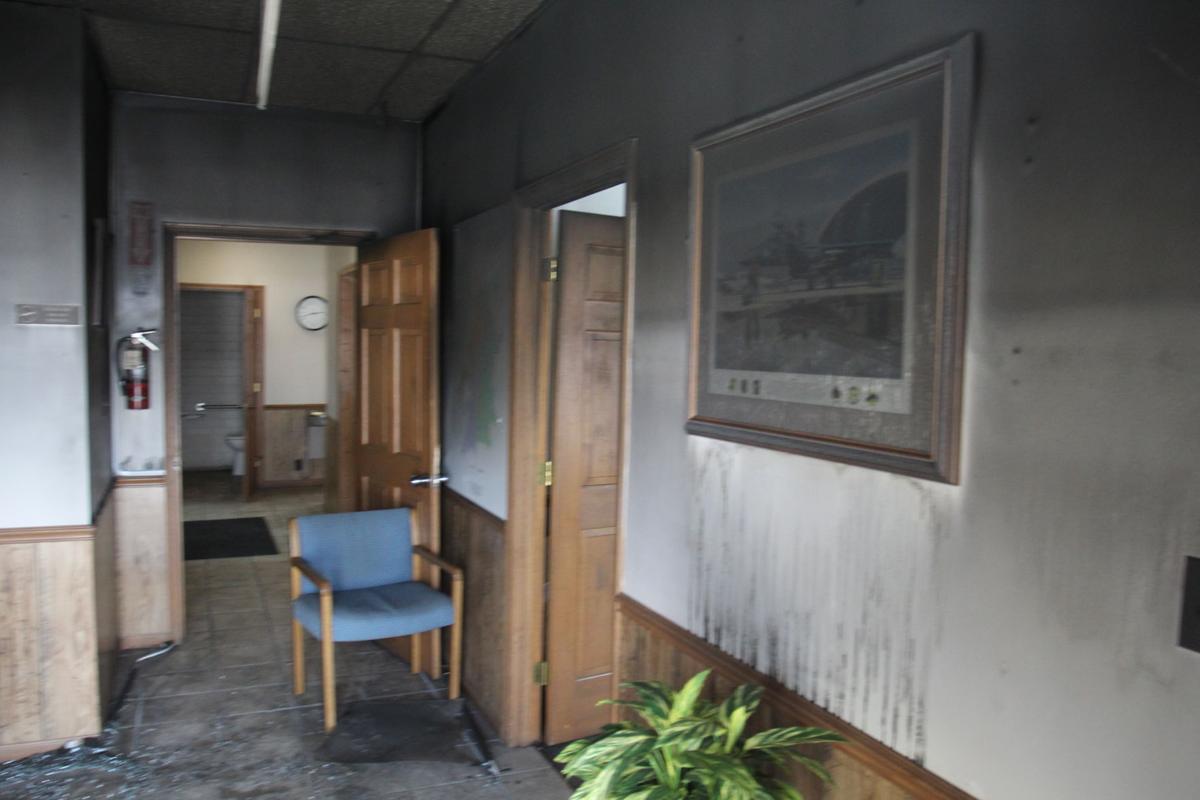 The hallway of Mount Olive Town Hall is covered with smoke and soot damage Tuesday.

The hallway of Mount Olive Town Hall is covered with smoke and soot damage Tuesday.

“We had smoke oozing from the eaves of the roof,” Wiggins said. “You could see some mini-blinds melted in the front office. We got our hoses off and established a water supply before we sent anybody in.”

Wiggins said the fire began between the town clerk’s office and the front lobby and that it was contained because the doorway in the hallway was closed, as was the town manager’s office door.

“We’ve got smoke damage throughout the building,” Wiggins said. “Some water damage (is) in the front office and into the manager’s office.”

Wiggins said the fire is believed to have been electrical in nature.

“It appears the fire started behind the secretary’s desk,” Wiggins said. “There is an electrical outlet there that had some devices plugged into it.”

After arriving on scene, between 25 to 30 firefighters who responded to the scene had the fire under control in about 15 to 20 minutes, Wiggins said. He said they spent another hour and a half pulling down ceiling tiles, checking for hot spots and doing ventilation and salvaging.

“They had come into the police station and actually smelled smoke in their building, so they got to doing a little investigation and found there was a lot of the smoke in the town manager’s office,” Wiggins said. “That’s when they alerted us and we got there.”

Because of shut doors, Wiggins said the fire did not spread.

“We were very fortunate it stayed contained to the room of origin,” Wiggins said.

The Mount Olive Fire Department along with four other fire departments responded to the fire. Wiggins said firefighters suspect the fire was accidental.

“You never know what you have because it very well could’ve been a total loss,” Talton said. “I’m thankful that nobody got hurt.”

On Tuesday afternoon, the town manager and other town officials met with insurance adjusters, representatives from a cleanup restoration company and information technology staff to figure out a plan as town staff relocates.

“It looks like we’re going to use the (Mount Olive Train Depot),” Talton said. “The historic depot is going to basically be our operations center until we can get on our feet. We’ll have all of code enforcement, human resources, cemetery administration, the town manager’s office, the mayor and the secretary there. We will all just set up base camp over at the depot.”

Talton said he is unsure how long town staff, excluding the police department, which was not affected, will use the depot.

“I don’t know how long it’s going to take us to get fully cleaned up and back up to operations at city hall, but I’m thinking a good two to three months at a minimum,” Talton said.