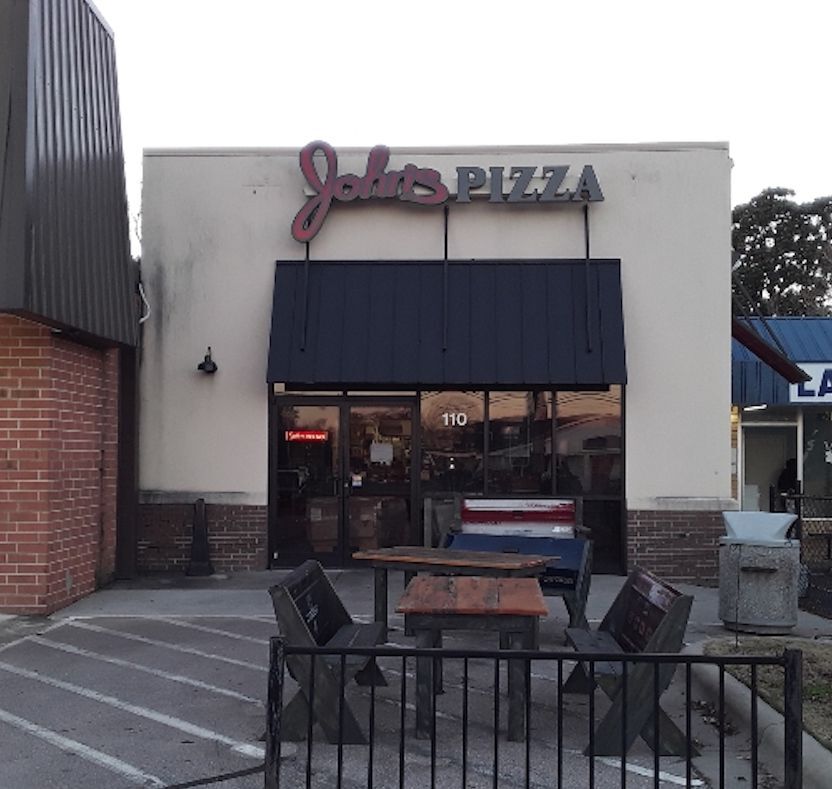 John’s Pizza, along U.S. 117 in Pikeville, is now closed and will reopen as John’s Grill with an expanded menu for regulars and other area customers. 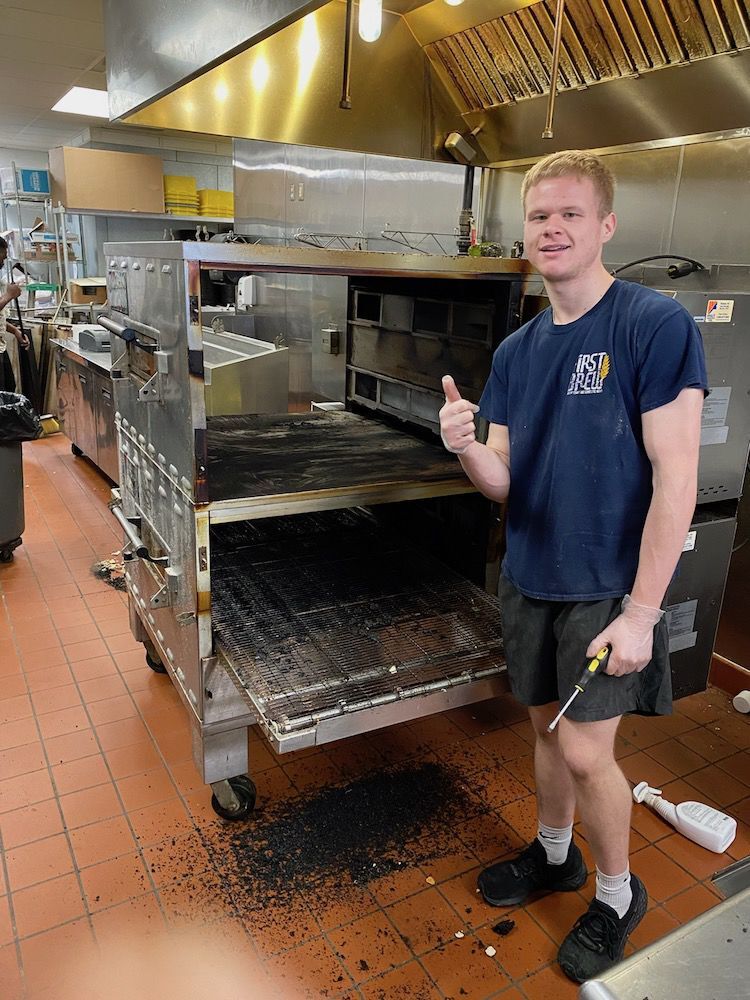 Matt Kelly cleans an oven inside John’s Pizza during renovations inside the restaurant that will reopen as John’s Grill in Pikeville on U.S. 117.

John’s Pizza, along U.S. 117 in Pikeville, is now closed and will reopen as John’s Grill with an expanded menu for regulars and other area customers.

Matt Kelly cleans an oven inside John’s Pizza during renovations inside the restaurant that will reopen as John’s Grill in Pikeville on U.S. 117.

The name change and facelift are the result of legal requirements Vail faced after changing the business from a Pizza Inn franchise to an independent business last year.

“It was a Pizza Inn from 2011 to October 2020,” Vail said. “I was a franchisee owner, and when I changed over and turned it into John’s Pizza last year, Pizza Inn had a noncompete clause. I love this town, so I decided to just rebrand the store and change the menu."

Renovations started inside John’s Grill Monday, with the removal of a double oven that was used to bake pizzas. The oven now sits in the back of Red Devil Hardware, which Vail owns in partnership with Jarman Howell.

The shopping center, which formerly housed the Dollar General store, includes the recently opened Red Devil Hardware store and First Brew, a bottle shop and taproom that opened in June, alongside John’s Pizza.

Vail said he plans to sell the double oven.

“There might be some other entrepreneur out there who otherwise would have to wait to get their oven because of supply chain issues, and so with this, they would have it ready to go and start making revenues,” Vail said.

In place of the oven, grills and fryers are being added along with other restaurant equipment. John’s Pizza is closed for the renovations, and the new restaurant will open with a new look and new menu.

In addition to subs and salads, John’s Grill will have a full menu with appetizers, children’s meals, desserts, several different hamburgers, grilled cheese and chicken sandwiches, as well as original menu items that include pasta selections.

While John’s Pizza is known among its customers largely for its food, Vail said he also takes pride in the economic role that the restaurant plays in Pikeville’s economy. He said in connecting the restaurant — which also boasts an arcade center — to First Brew, the two businesses bring customers of all ages together.

“It really makes these two locations alone a community center,” he said. “People have wanted me to carry alcohol for a while, but I had concerns because my staff was so young. They couldn’t sell it. Now I can employ adults to sell those drinks to people who want them.

“Meanwhile, the kids can enjoy the arcade as well as a family dinner right next door if they wanted. It really brings everyone together. I want to be able to bring every walk of life together here.”

Vail’s employees — 25 total — are mostly part time. Only one works full time. The employees are mostly high school students or college students who are home on break. Vail says he takes joy in watching them work.

“I have so many great young people who work for me,” he said. “I love seeing these young people getting their first jobs and learning the skills they will need. It’s a way for those people to stay close to home and work, too. They don’t have to go somewhere else to work.

“That also means it keeps that money here in town and helps to keep the town’s economy moving and thriving.”