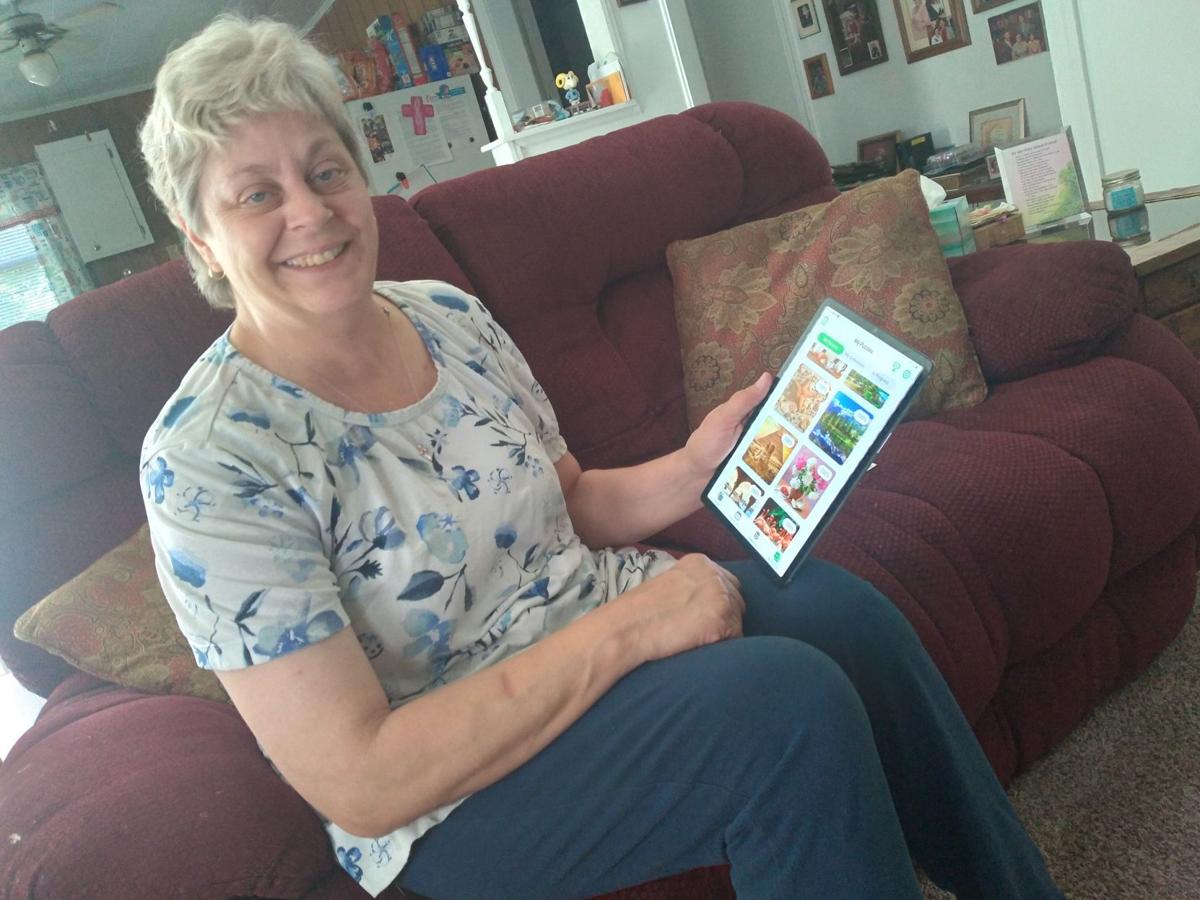 Christia Smith is almost done with her breast cancer treatments. She said one thing that helped keep her mind off what she was going through was doing puzzles on her tablet. 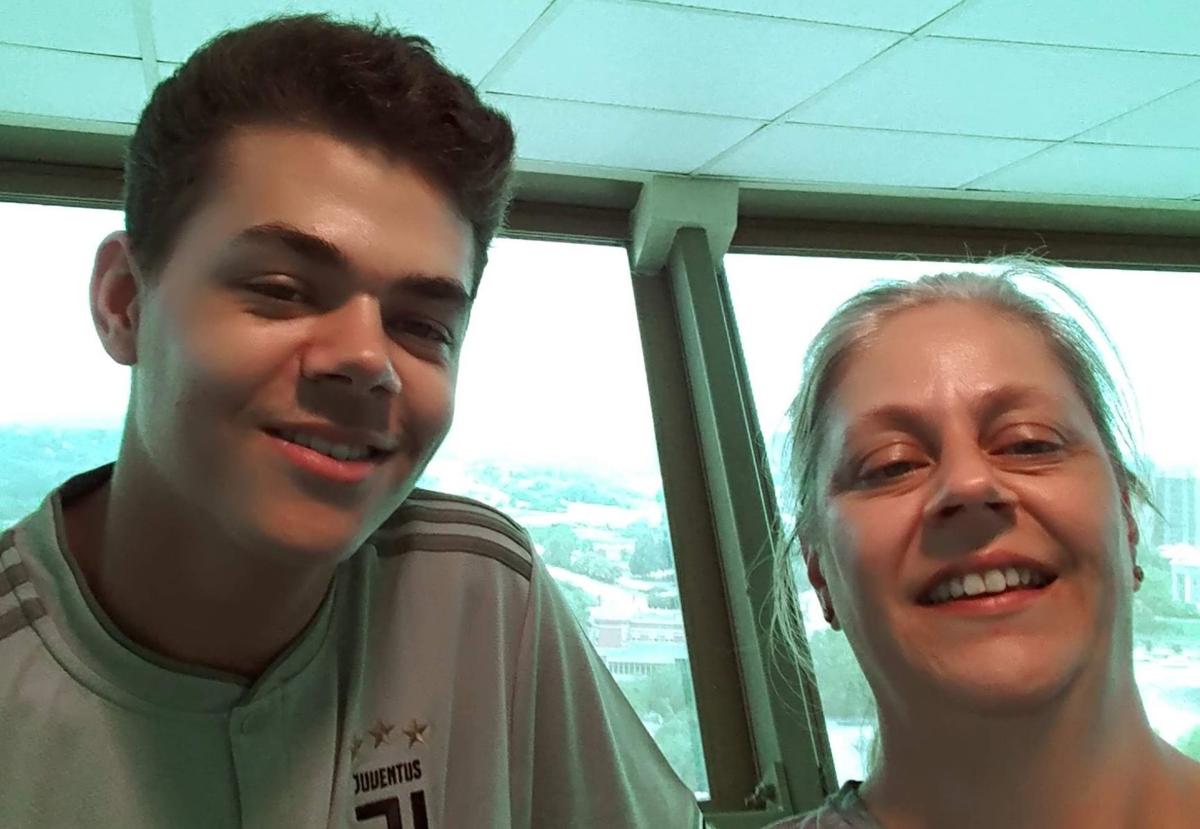 Christia Smith is pictured with her son, Miles Jordan, who was part of her support system while dealing with breast cancer. 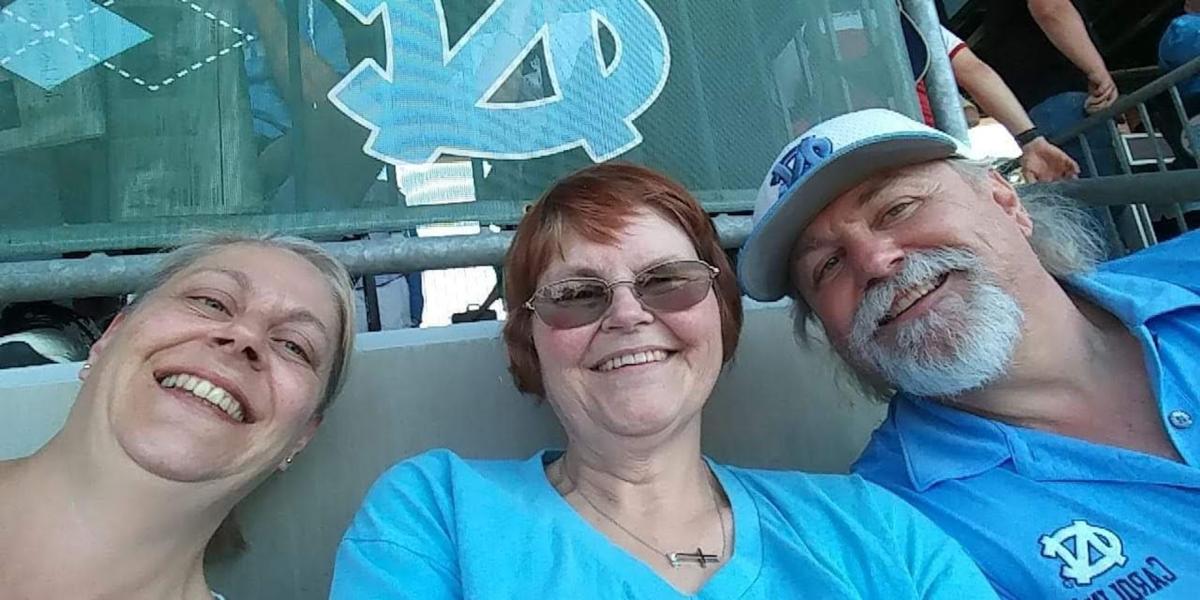 Another big part of Christia Smith’s support system has been her sister, Lovie McKeel, center, and brother, John Powell. Smith is pictured at right.

Christia Smith is almost done with her breast cancer treatments. She said one thing that helped keep her mind off what she was going through was doing puzzles on her tablet.

Christia Smith is pictured with her son, Miles Jordan, who was part of her support system while dealing with breast cancer.

Another big part of Christia Smith’s support system has been her sister, Lovie McKeel, center, and brother, John Powell. Smith is pictured at right.

When Christia P. Smith first noticed a lump in her breast, she thought maybe it was a fibroid tumor because she’s had them before.

Then she thought maybe it was a cyst because a relative on her dad’s side of the family had them.

But it turned out to be breast cancer, which was the last thing she thought it would be.

“I found a lump in my breast back around when the COVID thing started, so it was very hard to try to get in to see a doctor,” the 50-year-old said. “It was September 2020 when I actually got diagnosed with breast cancer.

“But luckily, we caught it at stage 1, which is very good.”

When she first heard the word cancer, a lot of things went through Smith’s mind, she said.

“It was the typical question, why me, why?” Smith said. “Which never gets answered. But there’s a rhyme and a reason God does what he does.

“But I was like, OK, I’m going to keep the faith and am going to get through this. My sister was there when they gave me the news, and we were like OK, hopefully when we go see other people, maybe it won’t be as bad as what we thought.”

The doctor started Smith’s treatment by removing the lump in her breast and also taking part of the lymph node on her right breast in October 2020.

When she had healed from the surgery, she started chemotherapy, which she did from November until February of this year, going every week.

“He (doctor) did it really aggressive because unfortunately, it wasn’t just a simple cancer,” Smith said. “I had an HR2, which would proceed to more lumps in the breast if I wasn’t careful. He also did the immunotherapy at the same time.”

Smith said treatments were rough. She didn’t have the typical nausea and vomiting that a lot of cancer patients have.

“I did lose my hair,” she said. “And I had diarrhea. The joint pain was really bad. And I had nerve damage from the treatment. It’s just things I’ve got to deal with for the rest of my life. I guess that’s better than getting another lump somewhere and being in worse shape.”

The doctor told Smith that she might have side effects from the chemo for up to a year.

She’s still on the immunotherapy.

“It helps the white blood cells fight against the bad cells,” Smith said. “So that’s why I’m kind of immune-compromised to everything.”

But it has aggravated her arthritis. She’s had treatment on one knee and will probably have to get treatment on her other one, too.

“Arthritis is nothing new for me, but the treatment just promoted it faster,” Smith said.

When she finished chemotherapy, Smith had to do radiation treatments every day for a month during this past March.

“It was rough,” she said. “And I had bad side effects from that. It ended up burning me and causing major redness.”

But Smith is beginning to feel like she’s getting better.

She was even able to get her COVID-19 shots.

“I didn’t really want to get the COVID shot to start off with, but I asked the oncologist and decided to get it,” Smith said. “Now I am glad I did do it.”

Smith tried to keep a positive attitude throughout her cancer treatments.

“The radiation doctor said the main thing for me to do is stay as active as I can,” she said. “I started a new job right before I started chemo. That really has helped me out a whole lot. It’s kept me busy, even though I didn’t feel good a lot of days.

“That’s what I would tell a lot of people. Don’t let it get you down. Work, stay active, do something that’s going to keep you going.”

And make sure you have a good support system.

“I ended up having to have my 12-year-old daughter, Lauren Nicole Smith, go stay with her dad in Durham so I could recover,” Smith said. “She supported me a whole lot. My 20-year-old son, Miles Jordan, who’s in college at the University of Kentucky, was support, too. They constantly motivated me, saying, ‘Mama you’re going to get through this, you’re going to be all right.’

“But my main support was my sister, Lovie McKeel.”

She said when she’s done with the immunotherapy, her doctor thinks she will pretty much stay cancer-free, Smith said, knocking on wood.

“He thinks that we’ve caught this at an early enough stage that maybe I don’t have to worry about it anymore,” she said. “That doesn’t eliminate it from developing somewhere else on the body. That’s just life.”

Smith didn’t consider herself a strong person at first, but going through all of what she’s gone through has got her to believing that she’s a whole lot stronger than what she was.

“To have to endure working and doing chemo and stuff, I think it really has made me a strong person, stronger than I realized I was,” she said.

Her advice to others going through breast cancer: “Don’t give up hope. Just keep the faith. Don’t let it beat you.

“Try to find something that’s going to occupy your time and make you not think this is a death sentence. Because it’s not. There is enough stuff out there now that if it is caught early enough, it’s curable. Even it it’s caught at a bad stage, there’s stuff out there to help.”