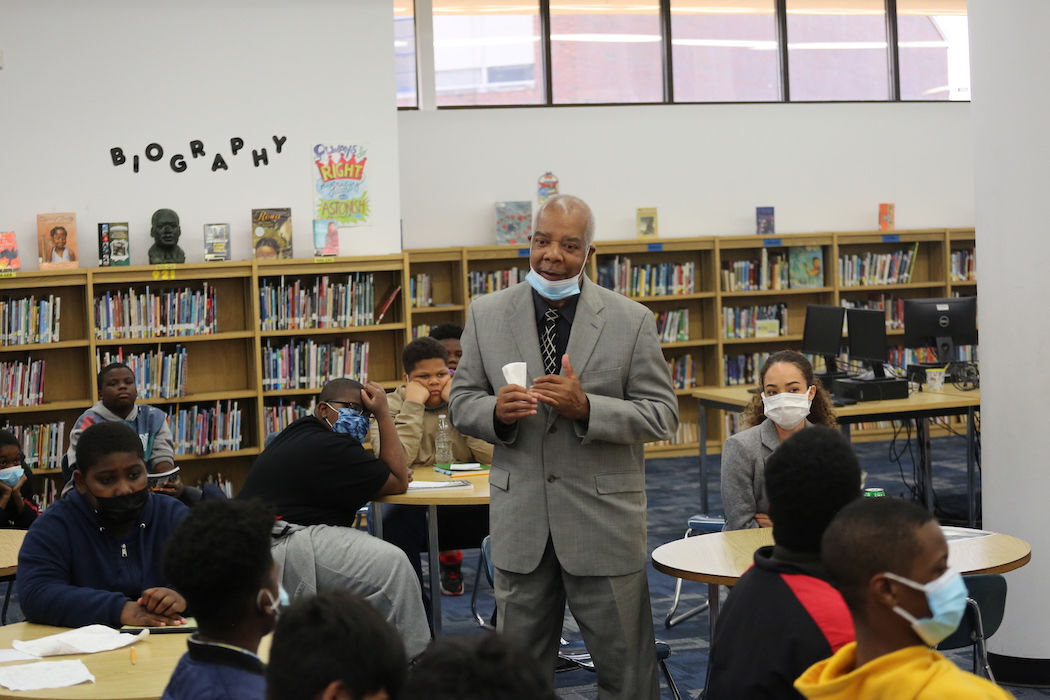 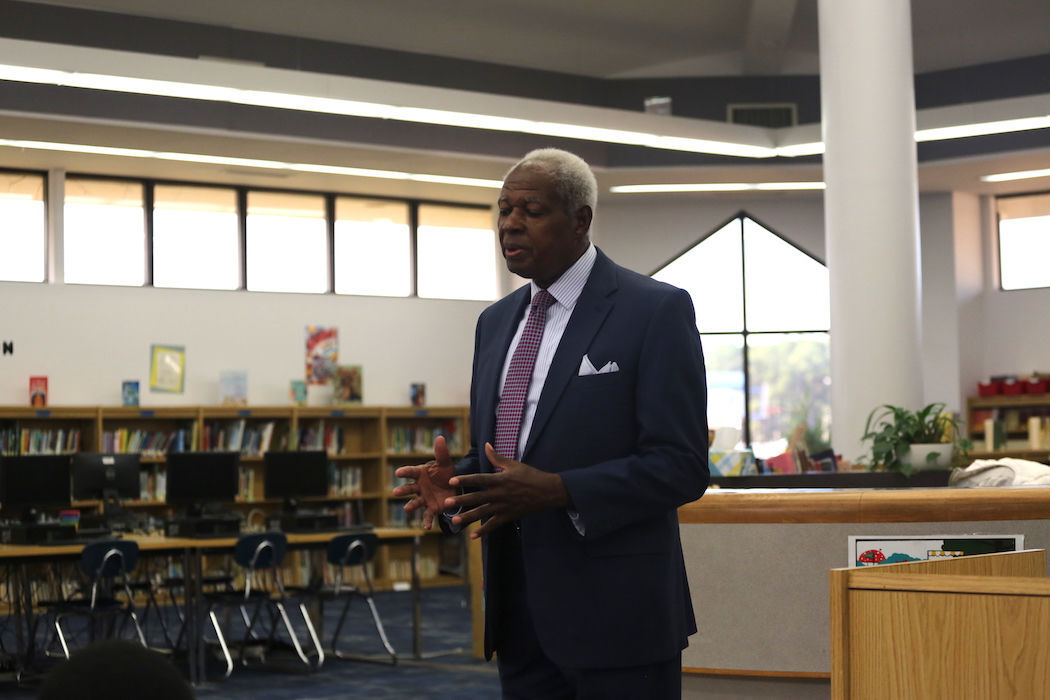 Veterans James Hinnant and Clifton Brewington visited Dillard Middle School the day before Veterans Day and spoke to students about the importance of making the right choices in school and in life.

Before joining the military, Hinnant and Brewington went to high school at Dillard before it was transformed into a middle school.

Hinnant and Brewington, who met with students in the school library, have visited each year to help middle schoolers understand the importance of education to better prepare for the real world.

Hinnant stressed the importance of respecting others and how it would carry them a long way in life.

“The best thing that you can do for your family members is get good grades, listen to your teacher and respect those around you,” Hinnant said.

Brewington also told the students to focus on their grades and to pursue their dreams and goals.

“Make sure that you get your education,” Brewington said. “Start working on what you want to be right now.

The veterans, who spoke with two different groups of students at the school Wednesday, also took time to answer questions and offered details about their time in the military.

Brewington, a former Meadow Lane Elementary School teacher, said one of the reasons he first became interested in speaking to the kids at Dillard Middle was because he wanted them to know their future will be determined by the actions they take today.

This is the 19th year Hinnant and 10th year Brewington have talked with the students prior to Veterans Day.

Tondalayo Clark, seventh grade English teacher at Dillard Middle School, said she first invited Hinnant to speak to her class on the day before Veterans Day in 2002, and he has come back on that same day every year since.

“I invited Mr. Hinnant because I wanted to connect the importance of education to the future,” Clark said. “I invite veterans because then the students can see that what they learn in school can help them in the real world.

“I think it’s important for them to see people that graduated from the same school and that have gone on to become successful.”

Hinnant said he wanted to speak to the students at Dillard Middle School because his time at Dillard was an important part of his life, and it helped him develop skills he used in the future.

“I wouldn’t be where I am right now if it wasn’t for my school, my family, my neighbors and people in the community,” Hinnant said. “They uplifted and supported me, and I would never do anything to forsake that.”

Hinnant said another reason he feels that it is important to speak to the students is because of social and economic decline in the Goldsboro area.

“I saw a decline in Goldsboro,” Hinnant said. “I saw suffering and people falling into the hands of criminal activity.”