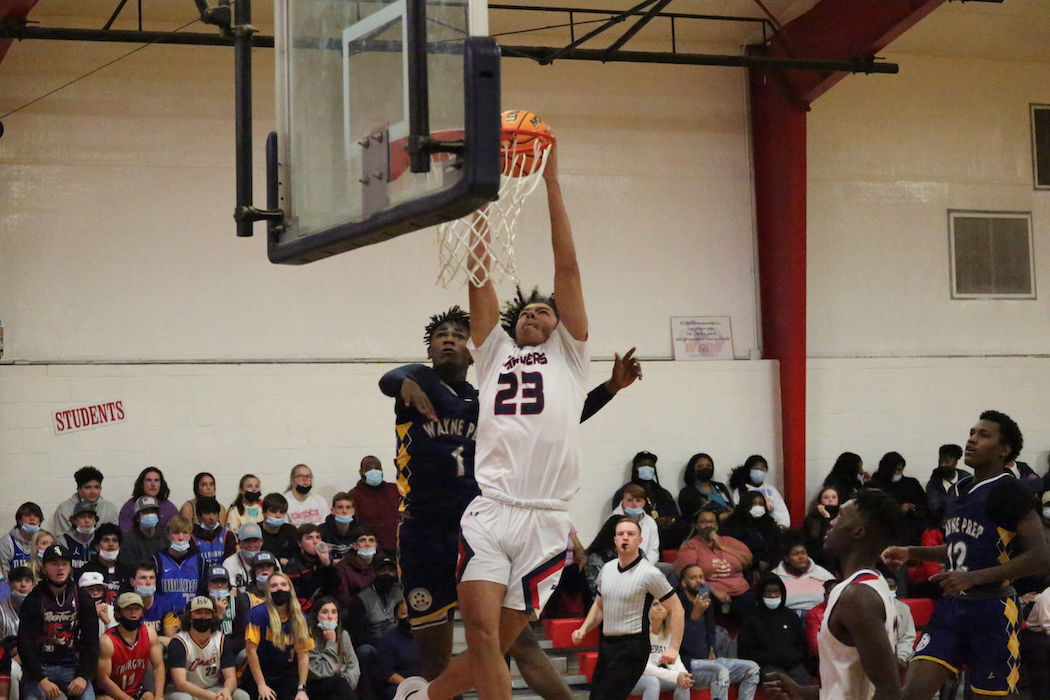 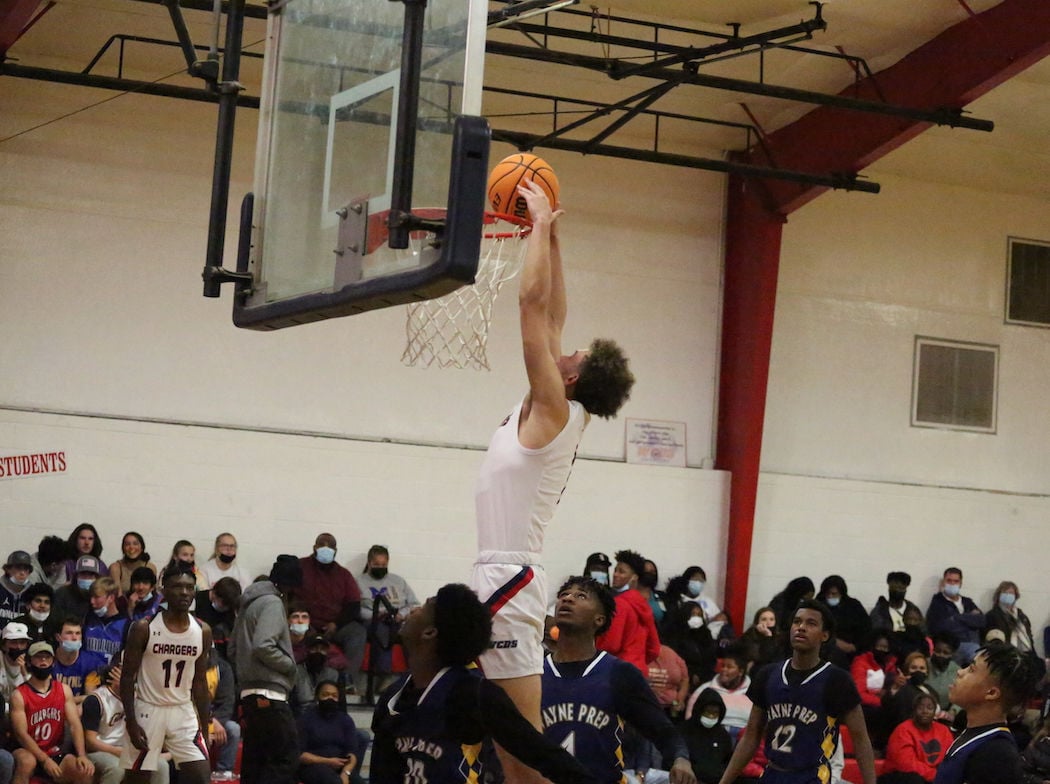 Wayne Country Day center Kayleb Coles reaches above the rim for a dunk against Wayne Prep.

Wayne Country Day center Kayleb Coles reaches above the rim for a dunk against Wayne Prep.

The Wayne Country Day Chargers defeated the Wayne Preparatory Academy Generals 91-65 on Friday night in a game where the Chargers pulled away from the Generals in the second half.

The Generals started off Friday night’s game by making three unanswered shots to take a 6-0 lead. Four of those points came from Jaquan Green, who opened up the scoring with a layup, and then hit a jump shot with the Generals up 4-0.

Chargers guard Jordan Cooper cut the lead in half on the next play following Green’s jumper with a 3-pointer to make the score 6-3. Cooper’s score seemed to energize the entire Wayne Country Day team, and they scored four more baskets to Wayne Prep’s one to take an 11-8 lead.

Both teams traded scores for the remainder of the half, and at halftime the score was 40-32.

Wayne Country Day center Kayleb Coles opened the scoring in the second half with a huge dunk to give the Chargers a 42-32 lead. Just a couple of plays later, Carlos Vazquez also dunked the ball to extend the Chargers lead to 14 points.

Wayne Country Day scored three more times without an answer from the Generals to start the half on a 11-0 run and take a 51-32 lead.

The 19-point lead by the Chargers was too much for the Generals to overcome, and the Chargers extended their lead even further by the end of the game to win 91-65.

Tanner was the leading scorer for Wayne Country Day on Friday night, and he scored a total of 28 points in the win for the Chargers.

Wayne Country Day head coach Nathan Faulk said he believes the long Christmas break was the reason for his team’s slow start in the game.

“We had that long layover from Christmas, and we were not able to get into the gym here for a few days,” Faulk said.

“It’s not a great recipe when you are looking to jump-start your team. I felt like the first half was some layover (from the break).

With the win, Wayne County Day improved to 17-3, while Wayne Prep fell to 7-6 with the loss.

Wayne Country Day will take on Trinity Academy in Raleigh on Thursday at 7:30 p.m.