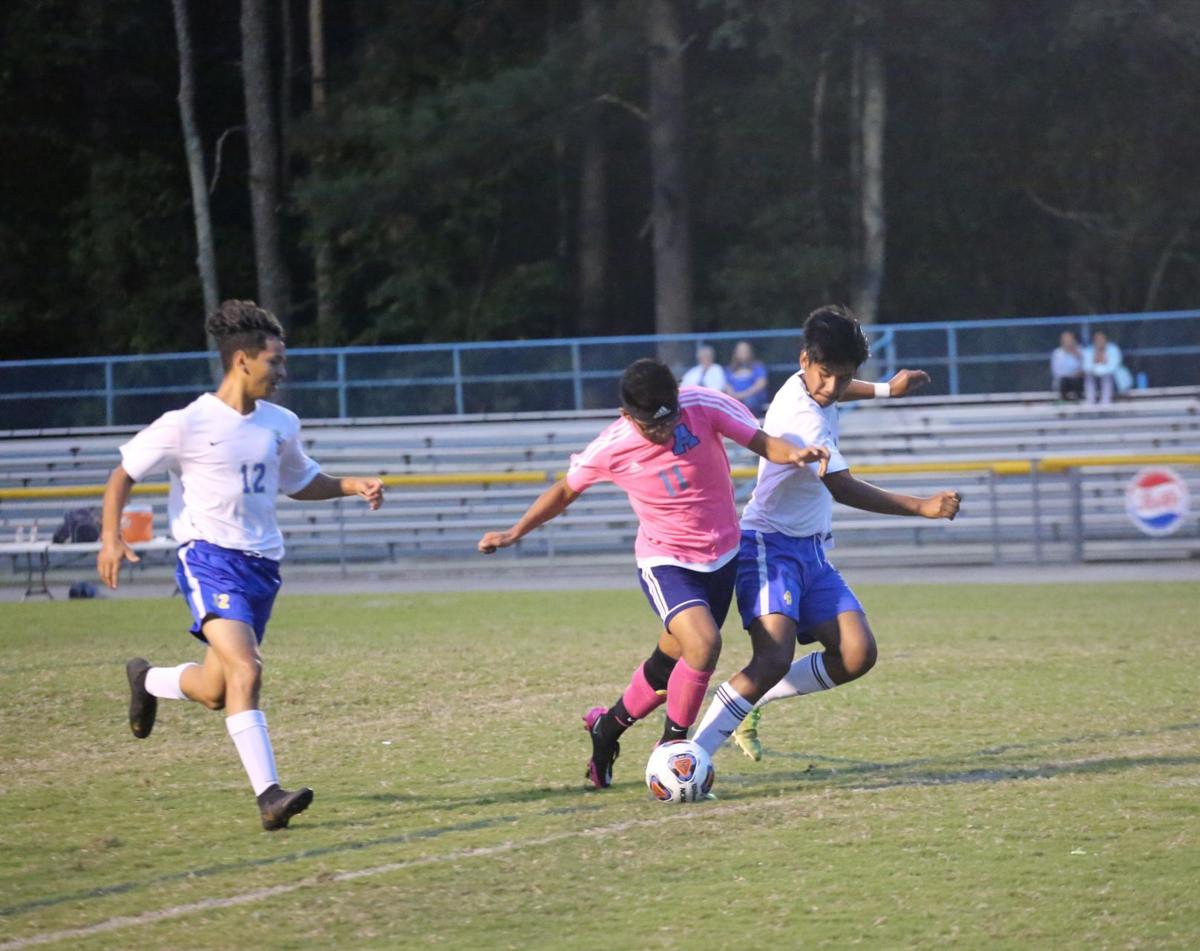 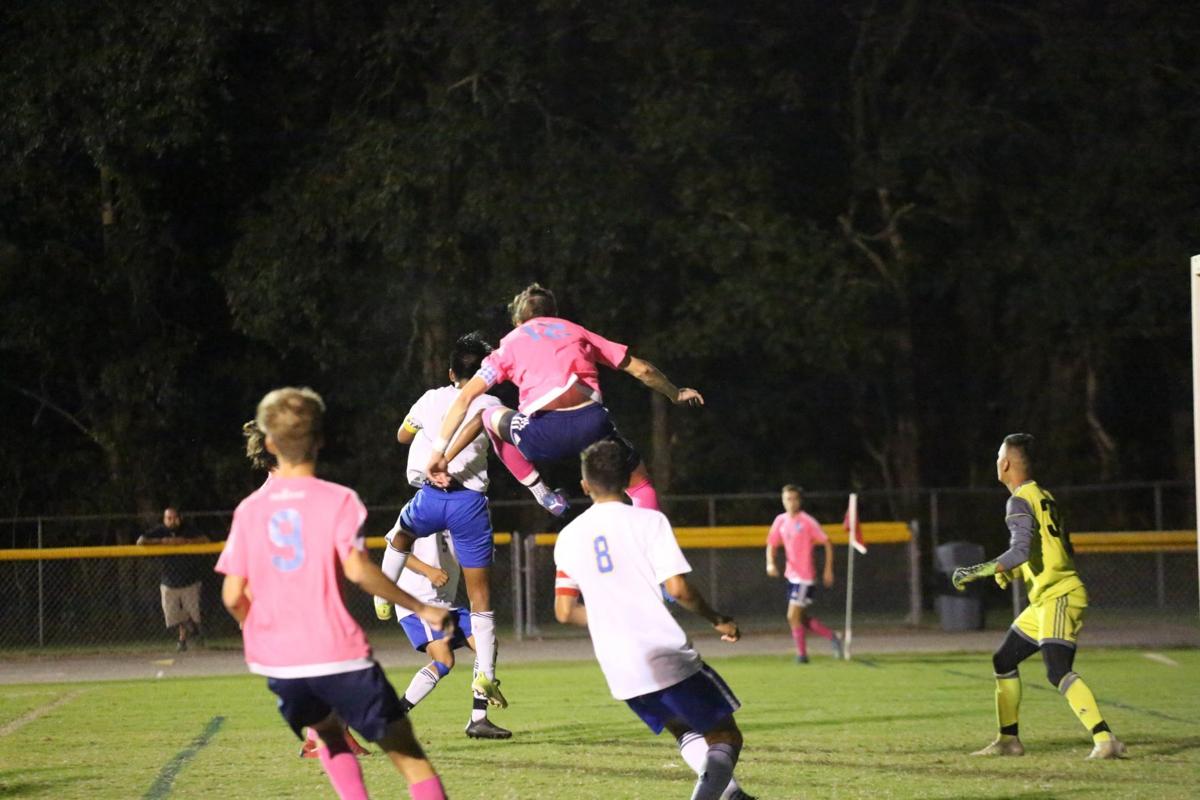 Charles B. Aycock defender Colby Thompson jumps in the air as he tries to connect with the ball crossed in from the corner kick.

Charles B. Aycock defender Colby Thompson jumps in the air as he tries to connect with the ball crossed in from the corner kick.

PIKEVILLE — The Charles B. Aycock Golden Falcons defeated the East Wake Warriors 4-0 on Monday night in a game that was filled with mistakes from the Warriors.

The Golden Falcons started off Monday night’s game by scoring first with a tap-in goal that was gifted to them by the Warriors goalkeeper. The mistake by the keeper happened after a C.B. Aycock attacker took a shot on goal that landed right into the hands of the East Wake goalkeeper. The Warriors goalkeeper mishandled the ball though, and it landed right at the feet of Axl Perry, who tapped the ball into the unguarded net for the goal. The goal gave the Golden Falcons a 1-0 lead in the 20th minute.

Just one minute later the Golden Falcons scored again. This time it was a solo goal from midfielder Daron Boutte, who got the ball almost at the halfway line and outran all of the East Wake defenders to score.

C.B. Aycock continued to have their way in the match, and they scored again just three minutes before halftime in the 37th minute. Boutte assisted the goal this time with a cross from the right side of the field, which midfielder Austin Sawkiw volleyed into the goal.

In the second half, the Warriors goalkeeper made another defensive error to give the Golden Falcons their fourth goal of the game. The error happened after C.B. Aycock’s Avery Abrams crossed the ball into the penalty box from a corner kick. The East Wake goalkeeper ran up to try to punch the ball away, but instead he punched it into his own net for a Golden Falcons goal. The goal in the 46th minute of the game gave C.B. Aycock a 4-0 lead which they held onto until the final whistle sounded.

C.B. Aycock head coach Dominick Albano said his team played very aggressively throughout the game and that is a big reason why East Wake made defensive errors.

“We came out fast for once,” Albano said. “When our effort level is high, we can score, we can be creative, and we can be dangerous.”