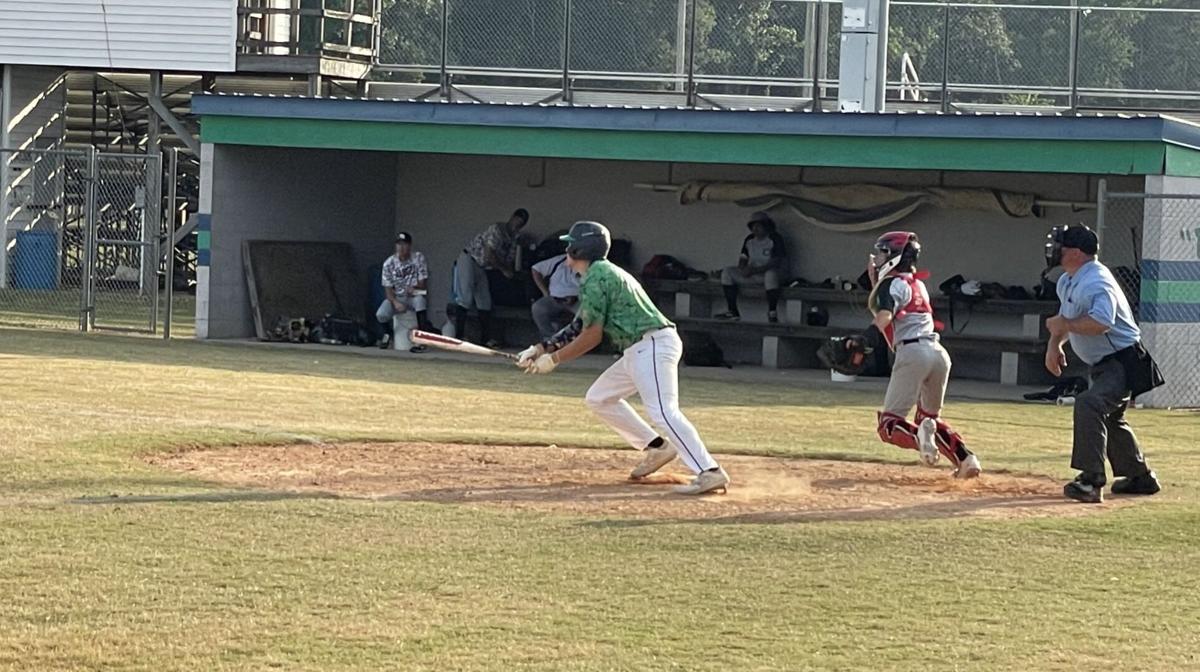 Spring Creek’s Robert Strickland hits the ball in play as he looks to get on base. 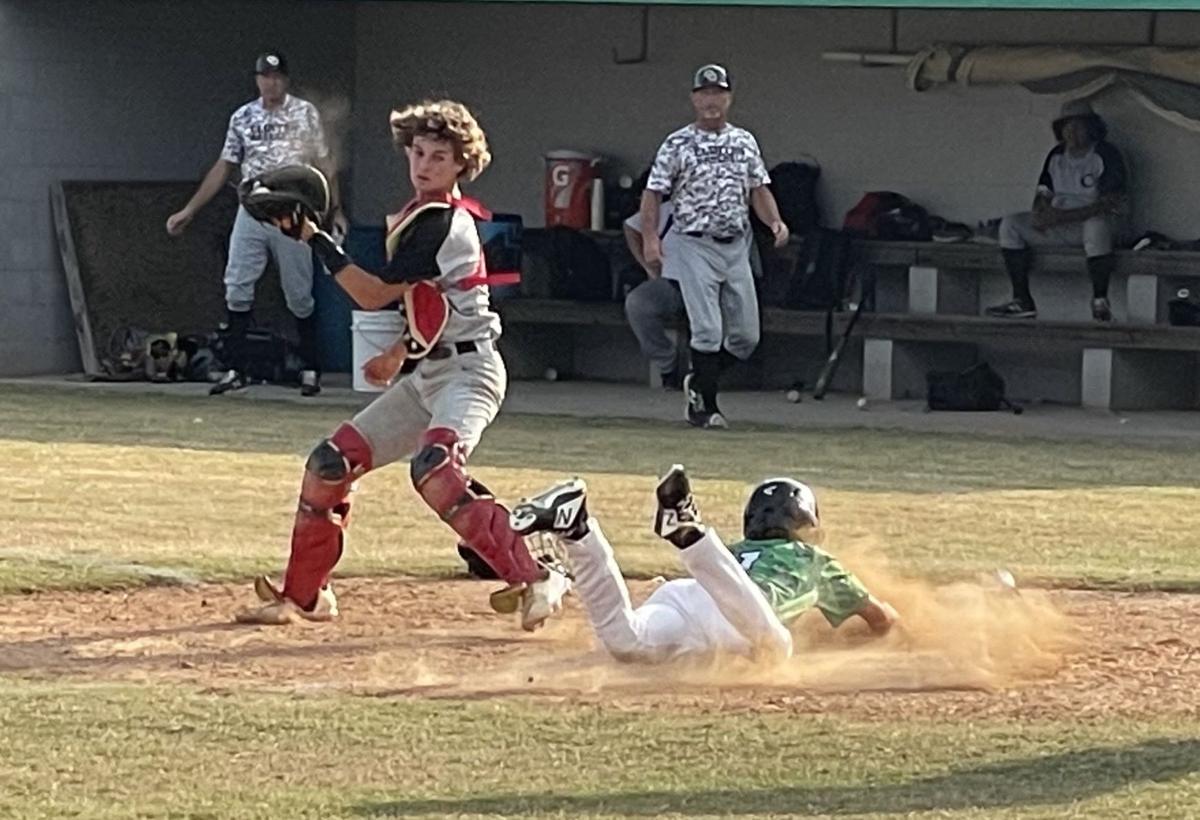 Rusty Kornegay slides home as he scores off a Clinton fielding error.

Spring Creek’s Robert Strickland hits the ball in play as he looks to get on base.

Rusty Kornegay slides home as he scores off a Clinton fielding error.

SEVEN SPRINGS — The Clinton Dark Horses defeated the Spring Creek Gators 5-4 on Friday afternoon in a game that had plenty of mistakes.

In the top of the first inning, Clinton took an early 1-0 lead with an RBI groundout that scored the Clinton runner. Spring Creek quickly tied the game in the bottom of the inning when Jackson Lewis came in to score off a Spring Creek error.

The errors for both teams would continue when a Spring Creek error in the second inning allowed Clinton first baseman Miguel Menendez to score and give Clinton a 2-1 lead.

The Gators were able to come back and take the lead.

The tying run came in the third inning off a short ball hit into the infield by Robert Strickland who was thrown out at first, but it did allow Lewis to come home from third base. The run that would give the Gators a 3-2 lead came from a bad decision by the Clinton catcher. Instead of holding the ball and keeping the runner at third base, the catcher threw the ball to second base where he did tag the Gators runner out, but it allowed the runner at third base to come home and score.

In the fifth inning, both teams allowed one run apiece off fielding errors which meant that Spring Creek still held a one-run lead by a score of 4-3 heading into the final inning of the game.

In the sixth inning, neither team scored, and that meant that the top of the seventh inning would be Clinton’s last chance to score, or they would lose the game. Clinton was able to get the run they needed off the sixth error of the game for Spring Creek, and that tied the game up at 4-4. Clinton took the lead 5-4 in the next at-bat off an RBI sac-fly from Carter King that scored Payson King.

With Clinton now owning the lead, the Gators would have to score in the bottom of the seventh inning. The Gators had a good chance to score at least one run when Douglas Davidson stepped up to the plate with a runner on first and second base. Davidson decided to try to bunt his way on base, and he laid down a great bunt, but the Clinton starting pitcher made a great play and was able to throw the ball over to the first baseman before Davidson could get there.

With Clinton recording the final out, they were able to win an 11-error game that neither team will be proud of defensively.

Spring Creek head coach Heath Whitfield said that he thinks the reason for his team’s defensive errors during the game was that, when the game was tight, his players were nervous.

“I saw a lot of tentativeness and a lot of tentative mistakes,” Whitfield said. “These guys have got to learn how to win. We lost to (Clinton) in eight innings on Tuesday in pretty much the same way. When it gets tight and it gets close like that, we tense up and try not to lose instead of trying to win. It’s just killing them. We can’t play like that.”

Whitfield also said that he believes his team can turn things around in their final three games even though they did not play to their best ability in their last two games. “I just want to see them fight and not pack it in. We have three games left, and a couple of them are winnable games, so I’d like to see them come back and fight and try to get a couple wins before it’s over with.”

Spring Creek is now 3-6 this season with the loss with all of their games coming in the East Central 2A conference. Clinton is 8-3 with the win, and they hold an 8-3 record in the same conference.

Spring Creek will play again on Monday when they face Midway at home.