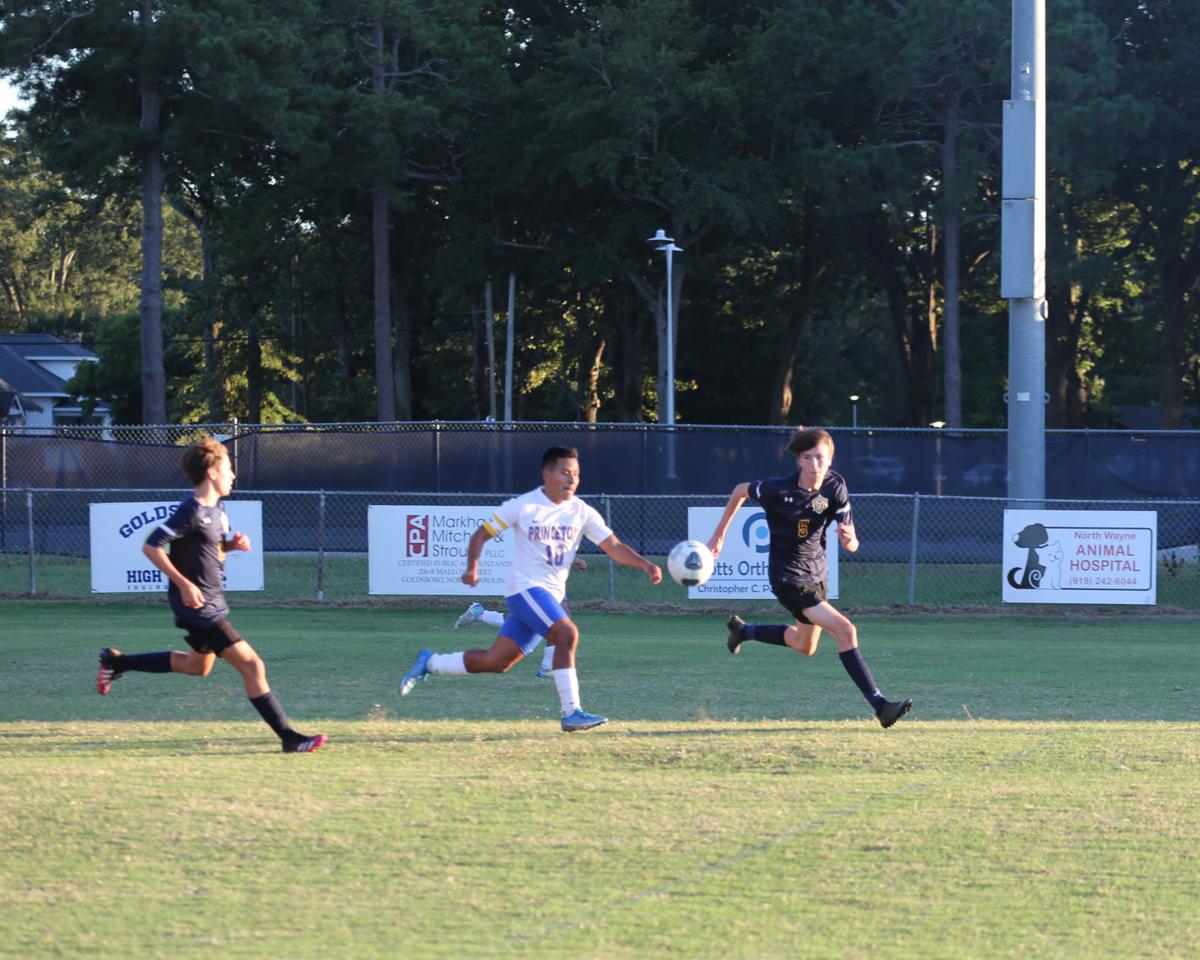 Princeton’s Ernesto Garcia looks to gather the ball as the Goldsboro defenders close in on him. 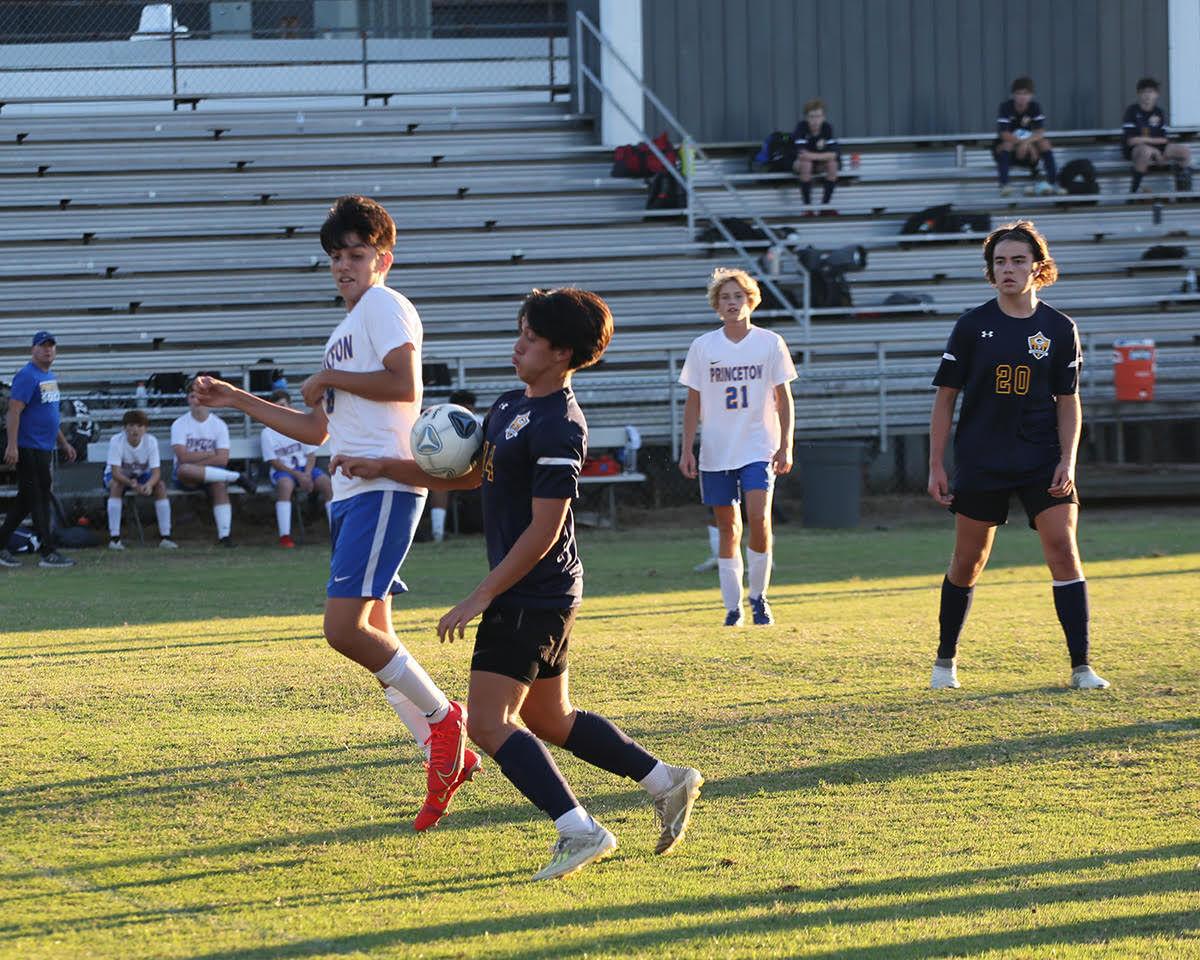 Goldsboro’s Emerson Paul catches the ball off his chest in Thursday’s game against Princeton.

Princeton’s Ernesto Garcia looks to gather the ball as the Goldsboro defenders close in on him.

Goldsboro’s Emerson Paul catches the ball off his chest in Thursday’s game against Princeton.

The Goldsboro Cougars defeated the Princeton Bulldogs in a 2-1 victory to earn their third win in a row this season.

The Cougars started off the scoring early against Goldsboro with a goal from forward Emerson Paul. Paul has been the leader for Goldsboro this season on offense, scoring and assisting many of the team’s goals.

Goldsboro head coach Jorg Wagner said Paul is his target man on offense and he creates lots of scoring opportunities for the Cougars.

“I thought Emerson created a bunch of chances,” Wagner said. “You know he is fast, he is very physical and he goes into the one-on-ones with full power. If you don’t double him in the back you are really going to have problems. Emerson has been our target man in middle school and he is still our target man.

Princeton equalized just four minutes later with a goal from Jayden Braswell. Braswell’s goal was made easy by the Goldsboro goalkeeper Noah MacDonald who was out of position on the play. All the Princeton forward needed to do to score was take one dribble to the right and shoot at the empty net.

Wagner said that goal was a result of miscommunication between the goalkeeper and the defenders.

“It was a clear miscommunication,” Wagner said. “Noah (MacDonald) is supposed to come and get that but he was a step late. When the defender runs at you and he lets his guy go because he thinks the keeper is coming and the keeper is all of sudden not there you can’t really fault the back(line) for that.

Notes, quotes and stats from the Arizona Wildcats’ 34-0 loss to Colorado

“Stuff like that happens and normally Noah doesn’t make that mistake. He really does well at the back controlling the back line.”

In the second half of the game, Goldsboro picked up their aggression on offense and began to create more chances than they had in the first half. Their best chance of the half came from Paul who dribbled past the Princeton defenders and shot it past the keeper in the bottom of the right side of the net for his second goal of the match.

Around 10 minutes later, Princeton had a chance to score when Ernesto Garcia dribbled the ball down the right side of the field and shot the ball past the past the keeper and toward the left side of the goal. The ball tipped the post though and did not cross the goal line.

Goldsboro held on to win the defensive battle 2-1.