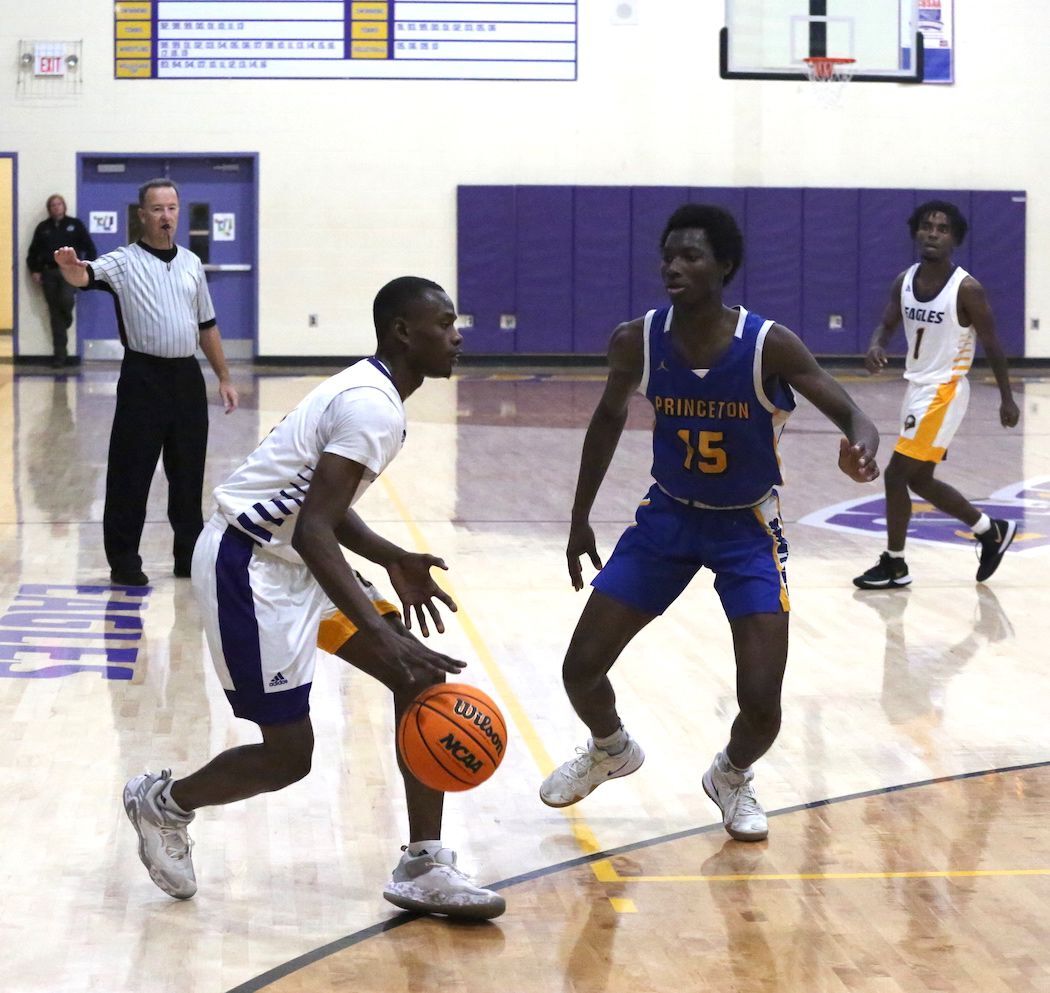 Rosewood guard Otis Coley dribbles the ball as he looks to create an opening to score against Princeton on Thursday night. 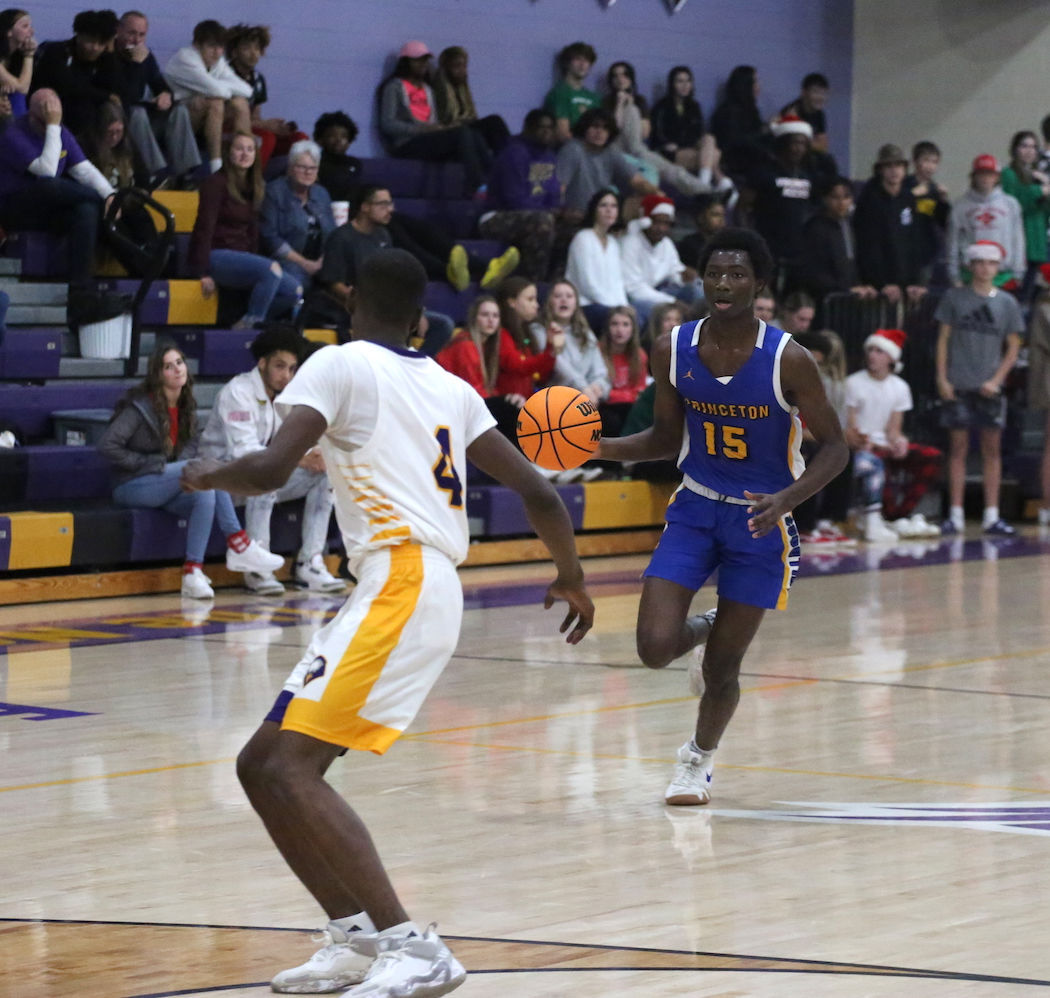 Princeton guard Aden Taylor catches Rosewood's Otis Coley turned the wrong way as pushes the ball down the court on the fast break.

Rosewood guard Otis Coley dribbles the ball as he looks to create an opening to score against Princeton on Thursday night.

Princeton guard Aden Taylor catches Rosewood's Otis Coley turned the wrong way as pushes the ball down the court on the fast break.

The Rosewood Eagles defeated the Princeton Bulldogs 40-39 on Thursday night to pick up their first win of the season.

When the Eagles played the Bulldogs for the first time this season in Princeton on Dec. 10 the Bulldogs dominated the Eagles, easily winning 51-28. In that game, the Eagles were missing their leading scorer Otis Coley, and they also had to play in front of the opposing fans in the Princeton High School gymnasium.

On Thursday night with Coley back and the opportunity to play in front of their home crowd, the Bulldogs wanted to prove they are a better team than what they showed on Dec. 10.

Rosewood didn’t get off to the start they were hoping for, and in the first quarter the Eagles only scored six points and fell behind 14-6.

In the third quarter, Princeton guard Khamari Jones started off the scoring with a 3-pointer to give the Bulldogs a 20-17 lead. Jones scored again on the next play following a steal and he laid the ball up to extend the Princeton lead to 22-17.

The Bulldogs lead was cut back down to two points on the very next play when Rosewood guard Terquavis Butler hit a 3-pointer on the left side of the court to make the score 22-20. Princeton extended the lead back up to four at 26-22, but Butler once again stepped up for the Eagles by knocking down another 3-pointer to make the score 26-25. At the end of the third quarter Princeton still held just a one-point lead at 29-28.

Butler started off the scoring in the fourth quarter by hitting his third 3-pointer of the half to give the Eagles their first lead of the game at 31-29. On the very next play Coley scored a layup following a steal to extend the lead to 33-29.

With 19 seconds left in the game, Princeton’s Taylor was fouled and sent to the line with a chance to tie the game. Taylor made the first one, but missed the second one. After the miss there was a scramble for the ball and the ball ending going out of bounds off a Rosewood player which meant Princeton would get the ball back and a chance to win the game.

On the final possession of the game with the Bulldogs trailing 40-39, the Eagles played a tight defense formation and did not allow any of the Bulldogs players to drive the ball into the paint. With only a second remaining on the shot clock, the Bulldogs were forced to take a long jumper that was way off target.

The defensive stand on the final play of the game gave the Eagles their first win of the season and a win in the rematch against their rivals.

Rosewood head coach Daniel Mitchell said he was happy with the way his team picked up their level of play on offense and defense after a slow first quarter.

“It was our first action since Friday (Dec. 10),” he said. “We started slow and we took some time to adjust, but we held them to three points in that (second) quarter, and we were able to get some baskets. So really it started on the defensive end.”

With the win, Rosewood is now 1-5 for the season. With the loss Princeton fell to 1-1, with both of their games this season coming against the Eagles.

Rosewood will play against Southern Wayne at 7:30 p.m. on Dec. 21 at the University of Mount Olive in the first round of the 2021 Winter Classic Basketball Tournament.

Princeton is facing Falls Lake at 7:30 p.m. on Dec. 21 at home in the first round Deacon Jones Christmas Basketball Tournament.