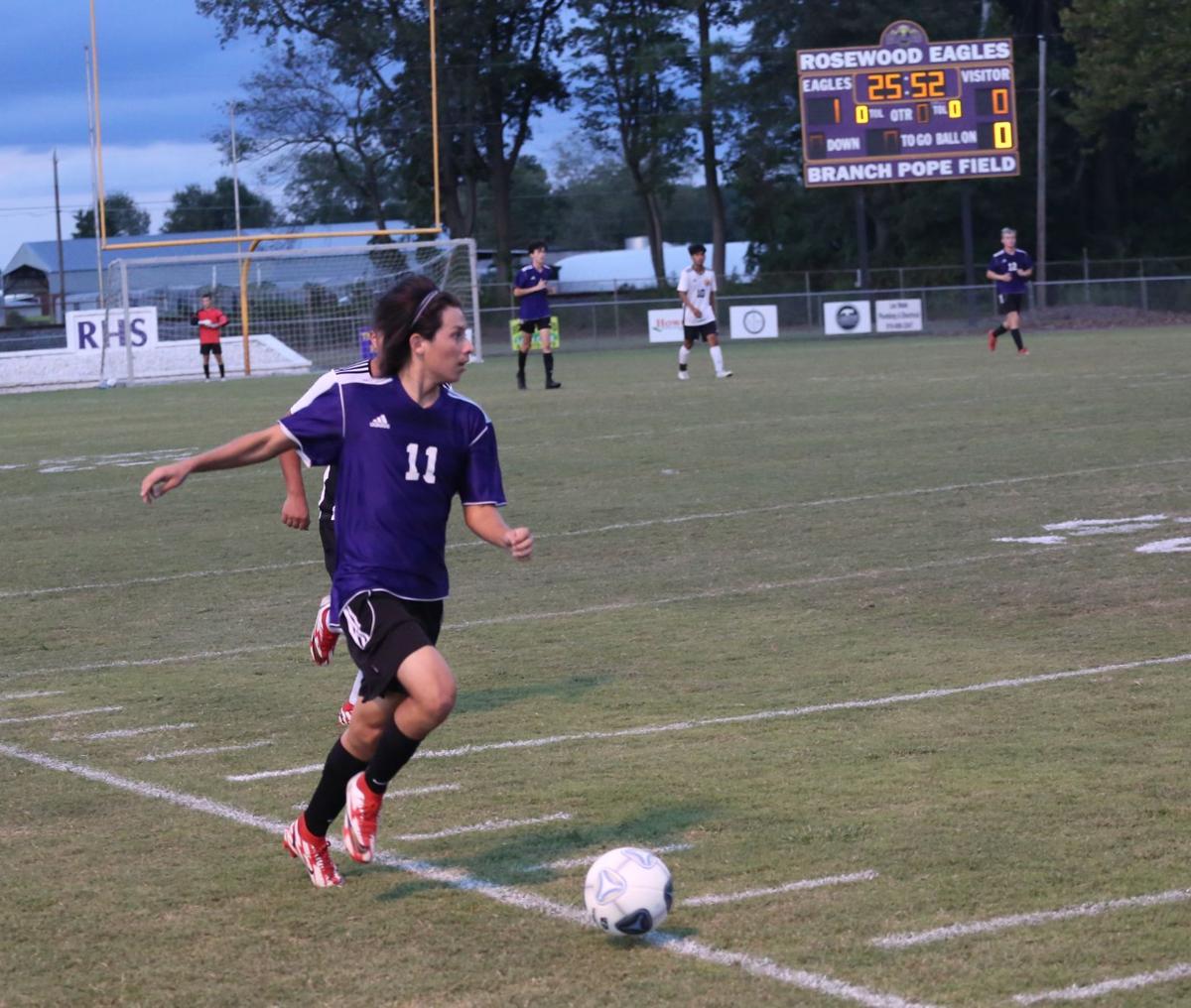 Rosewood’s Hector Gutierrez dribbles down the touchline against Hobbton. 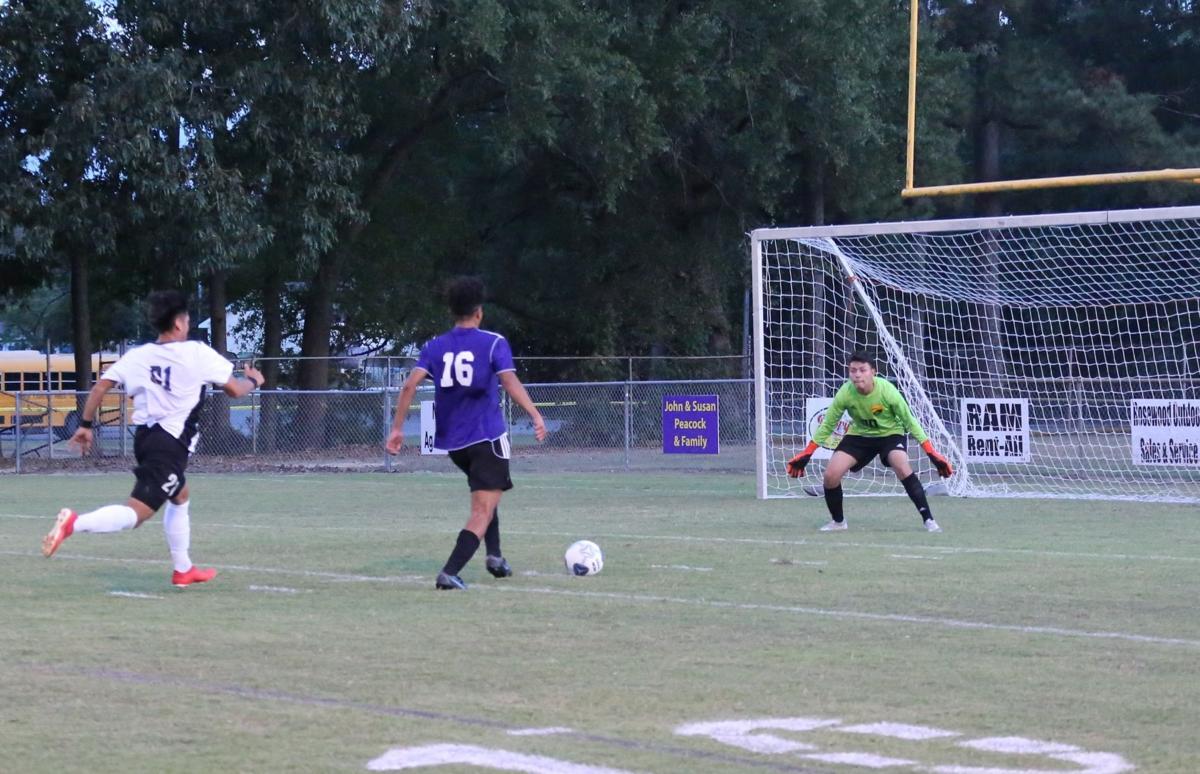 Rosewood’s Aaron Zamora gathers the ball before he takes a shot on goal.

Rosewood’s Hector Gutierrez dribbles down the touchline against Hobbton.

Rosewood’s Aaron Zamora gathers the ball before he takes a shot on goal.

The Rosewood Eagles defeated the Hobbton Wildcats in a 6-0 shut-out victory on Wednesday night.

The win was the first time Rosewood defeated Hobbton since 2015. The closest Rosewood came to beating Hobbton before Wednesday night was on Sept. 20, when the Eagles led the Wildcats 3-1 at halftime. The Wildcats scored two goals in the second half and the match ended in a 3-3 tie.

The first goal for Rosewood in Wednesday night’s match came from an error by a Hobbton defender in the 10th minute. The defender who made the error passed the ball backward toward his own goal without looking.

Rosewood forward Aaron Zamora was in the area to tap the ball into the net following the mistake.

Six minutes after the first Rosewood goal, Zamora was once again in a goal-scoring position where he had a one-on-one with the Hobbton goalkeeper.

The keeper was able to save the ball but it deflected back into play for Antonio Zavala-Baeza who easily put the ball into the empty net.

The Eagles scored again in the seventh minute to take a 3-0 lead, with the goal coming from Bryce Strickland who scored a header off a well-placed cross from Reece Gery.

Rosewood was unable to score again the first half but they did not allow Hobbton to score either and at halftime, the Eagles led 3-0.

In the second half, the Eagles continued to outscore the Wildcats. The Eagles scored the first goal of the half with a tap in from Giovanni Amaro-Silva in the 43rd minute, after a shot was deflected by the Hobbton goalkeeper to the Rosewood forward.

The Eagles scored two more times in the match with two goals from Hector Gutierrez who scored in the 47th and 48th minute to make the score 6-0 in Rosewood’s favor after the final whistle.

Rosewood head coach Eddie Maldonado said that it felt good to finally beat Hobbton after losing to them for years.

“I couldn’t tell you the last time we beat (Hobbton),” Maldonado said. “The games are always close and we always end up on the wrong side. Whether it’s 3-2 or 2-1, it seems like it’s just one of those things.

“They are our kryptonite. It’s feels good to finally beat them.”