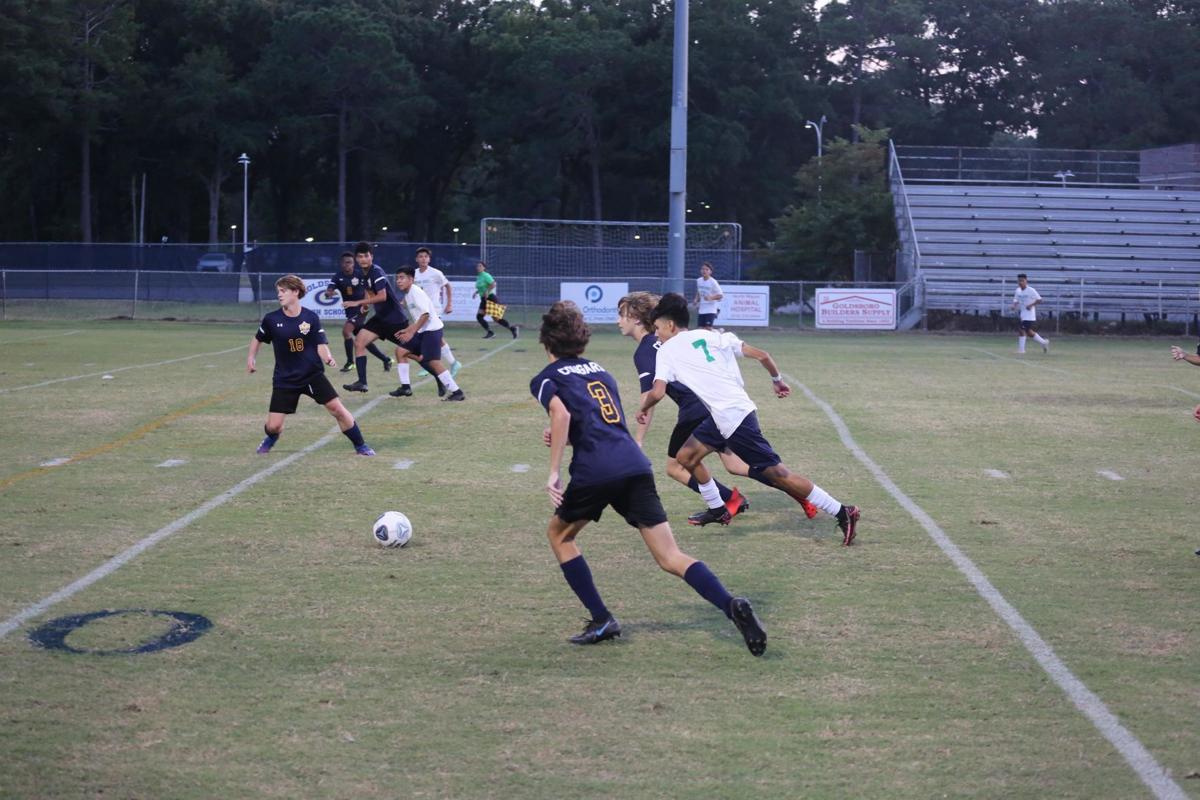 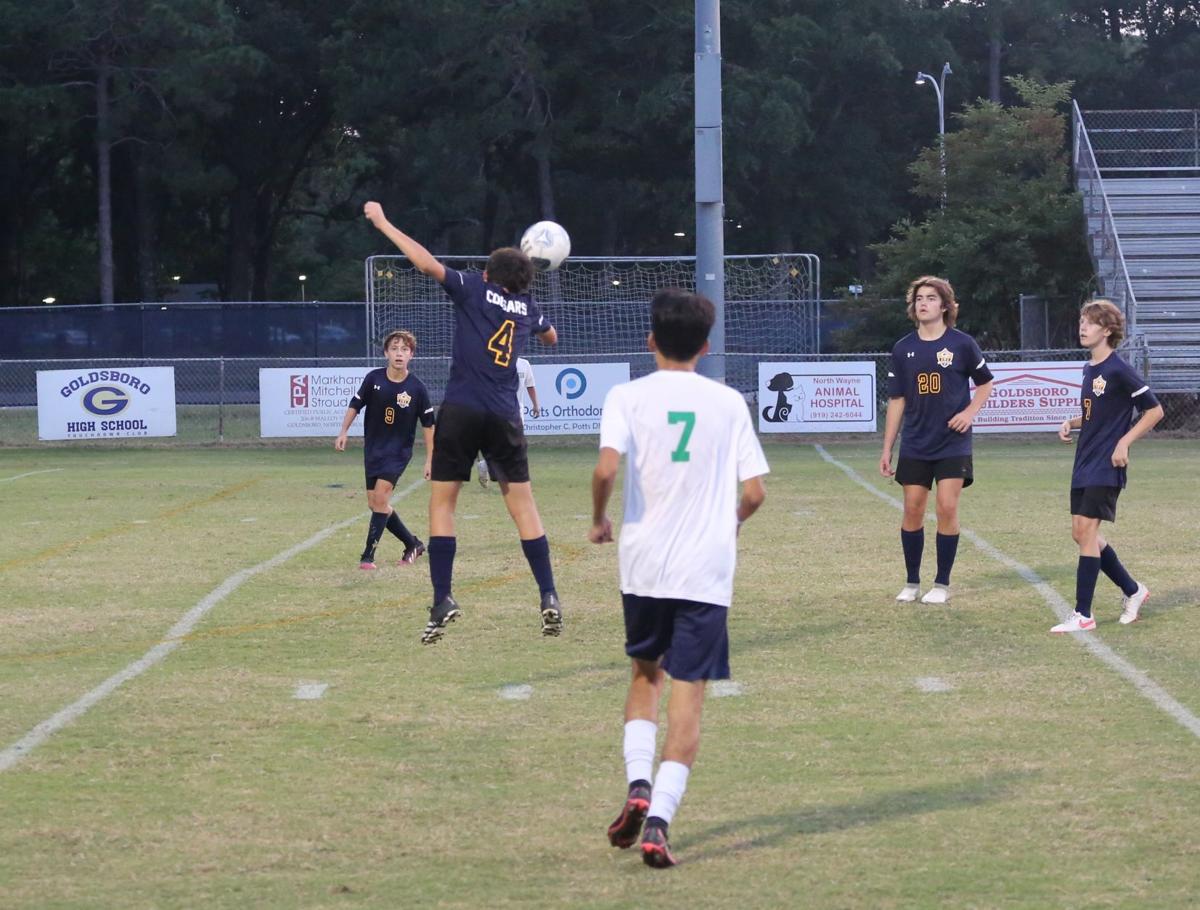 Goldsboro’s Cody Rarick heads the ball away from danger as he tries to stop the Spring Creek attack.

Goldsboro’s Cody Rarick heads the ball away from danger as he tries to stop the Spring Creek attack.

The Spring Creek Gators defeated the Goldsboro Cougars 4-0 on Thursday evening in a one-sided victory.

It didn’t take long for Spring Creek to find the back of the net in Thursday evening’s match as the Gators scored in just the 18th minute.

The Gators scored again just five minutes after the Goldsboro own-goal. The goal came from midfielder Jonah Perez Velasquez on a play that involved great buildup through passing. The Gators created pass after pass as they worked as a team to build up the attack. The final pass paid off with a finish from Velasquez who shot the ball into the corner of the goal.

Velasquez scored his second goal of the game in the 34th minute with a long shot from 25 yards out, which went past the goalkeeper and into the top right corner of the goal.

“He is really comfortable with taking the long-distance shots.” Torres said. “That was a beautiful goal. He didn’t even think about it, and he scored a (long-shot goal) last game, too. It’s nice to see that he is confident.”

Spring Creek opened up the scoring in the second half with a goal from Homar Castro who shot the ball from a difficult angle on the right side of the field. The goal increased the Spring Creek lead to 4-0, which they were able to hold onto for the remainder of the game.

Torres said that he was proud of his players for controlling ball possession, and taking shots toward the goal throughout the game.

“That is something we work on, taking shots on goal,” Torres said. “We want to control possession of the ball every game, regardless of the opponent and regardless of who we have next.”

With the win, Spring Creek improves to 5-2-1 overall and 3-0 in Neuse Six 2A Conference play. Goldsboro falls to 3-6-1 with a 2-2 record in the same conference.

Spring Creek takes on Beddingfield in Wilson on Tuesday at 6 p.m.

Goldsboro will take on Eastern Wayne at home on Tuesday at 6 p.m.