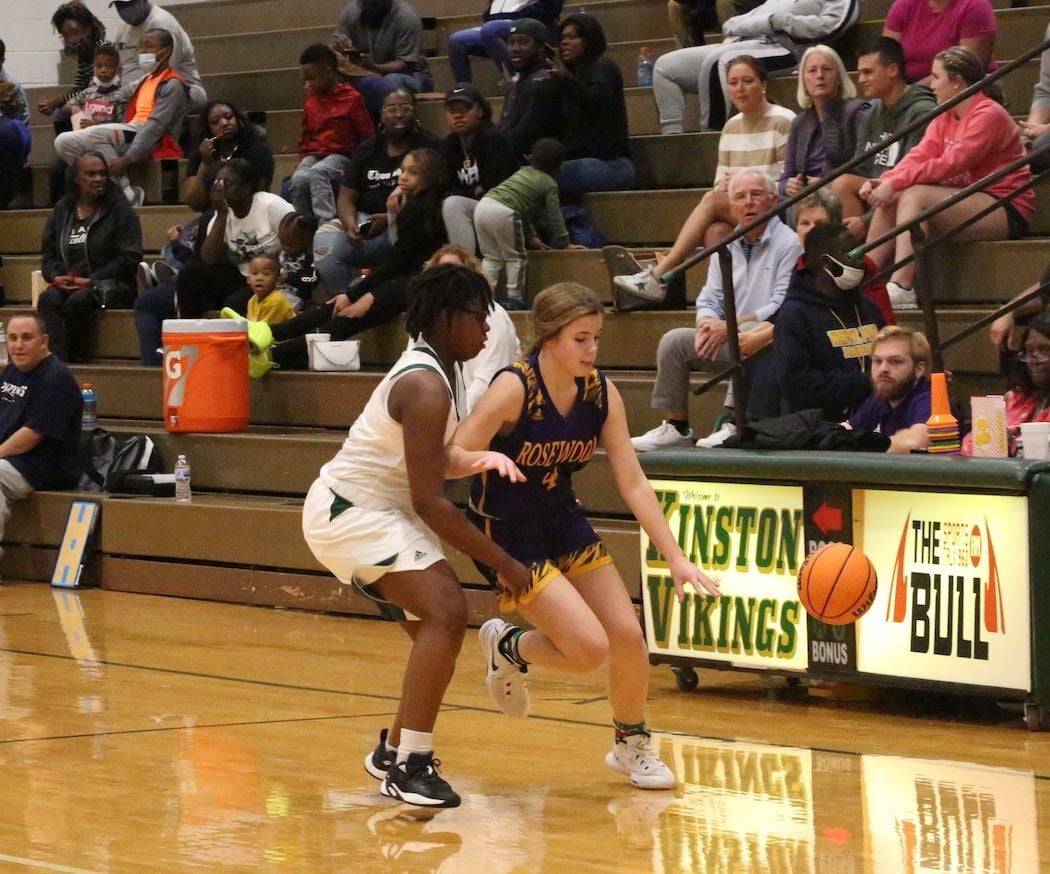 Rosewood guard Katlyn Vernon dribbles the ball down the court against Kinston on Tuesday night in the Lenoir Winter Classic. 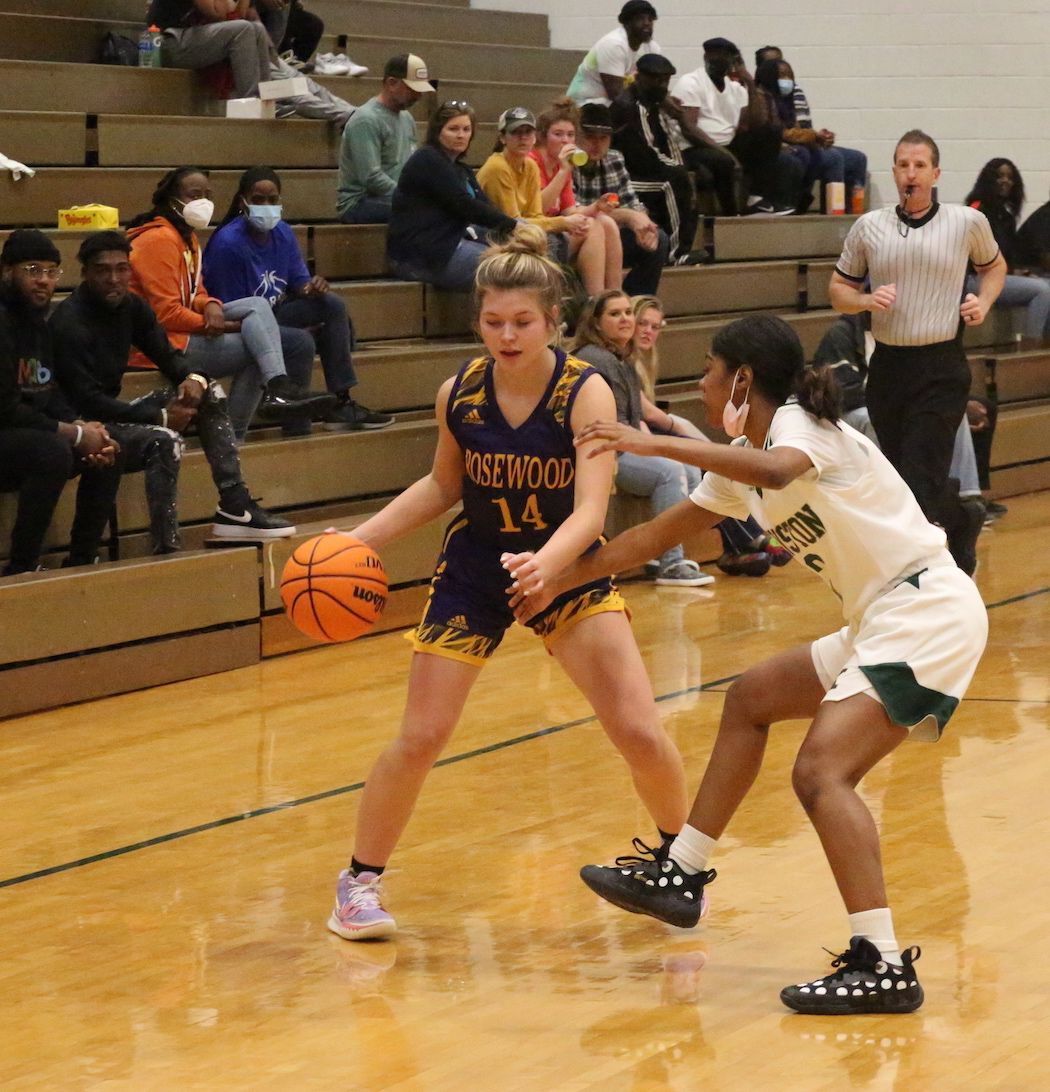 Rosewood guard Katlyn Vernon dribbles the ball down the court against Kinston on Tuesday night in the Lenoir Winter Classic.

KINSTON — The Kinston Vikings defeated the Rosewood Eagles 34-15 on Tuesday night in the quarterfinals of the Lenoir Winter Classic.

Coming into the tournament, Rosewood was 0-6, while Kinston held a 2-4 record.

Rosewood’s Skyler Lassiter opened up the scoring in the first quarter with a layup to give Rosewood a 2-0 lead. The only other score for Rosewood in the low scoring first quarter came from Katlyn Vernon who hit a jump shot to tie the game up at 4-4, which would remain the score until the second quarter.

The Eagles scored first in the second quarter with a free-throw from guard Riley Maldonado. After the early score in the second, the Eagles had trouble finding the basket again, and the Vikings went on an 11-0 run to take a 15-5 lead. At halftime, Kinston led 17-8.

When the final buzzer sounded, they came out on top 34-15.

Rosewood head coach Eddie Maldonado said he was disappointed with the way his team performed on offense.

“Offensively we struggled,” Maldonado said. “We kept turning the ball over and giving it back to (Kinston). We just have to do a better job executing on offense, and limit the little mistakes.”

With the loss, Rosewood now falls to 0-7 for the season.