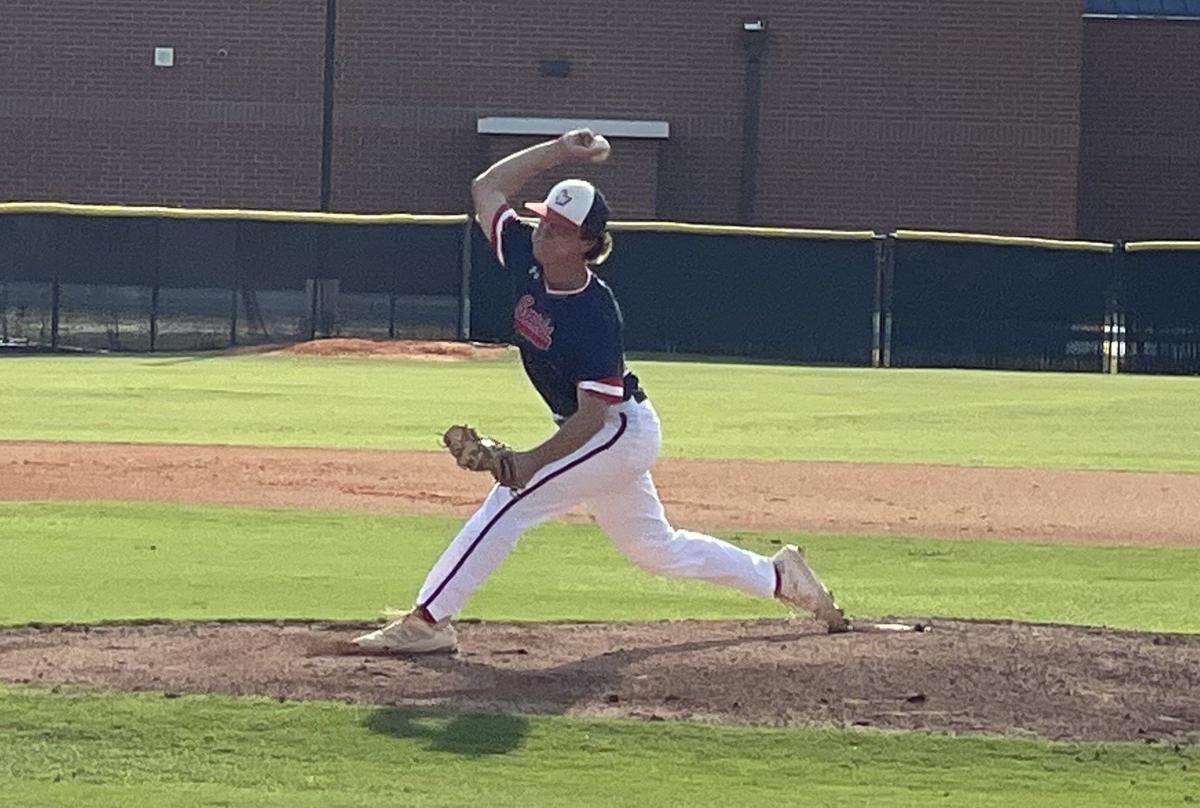 Southern Wayne starting pitcher Will Pennington releases his pitch as he looks to strike out the New Bern batter. 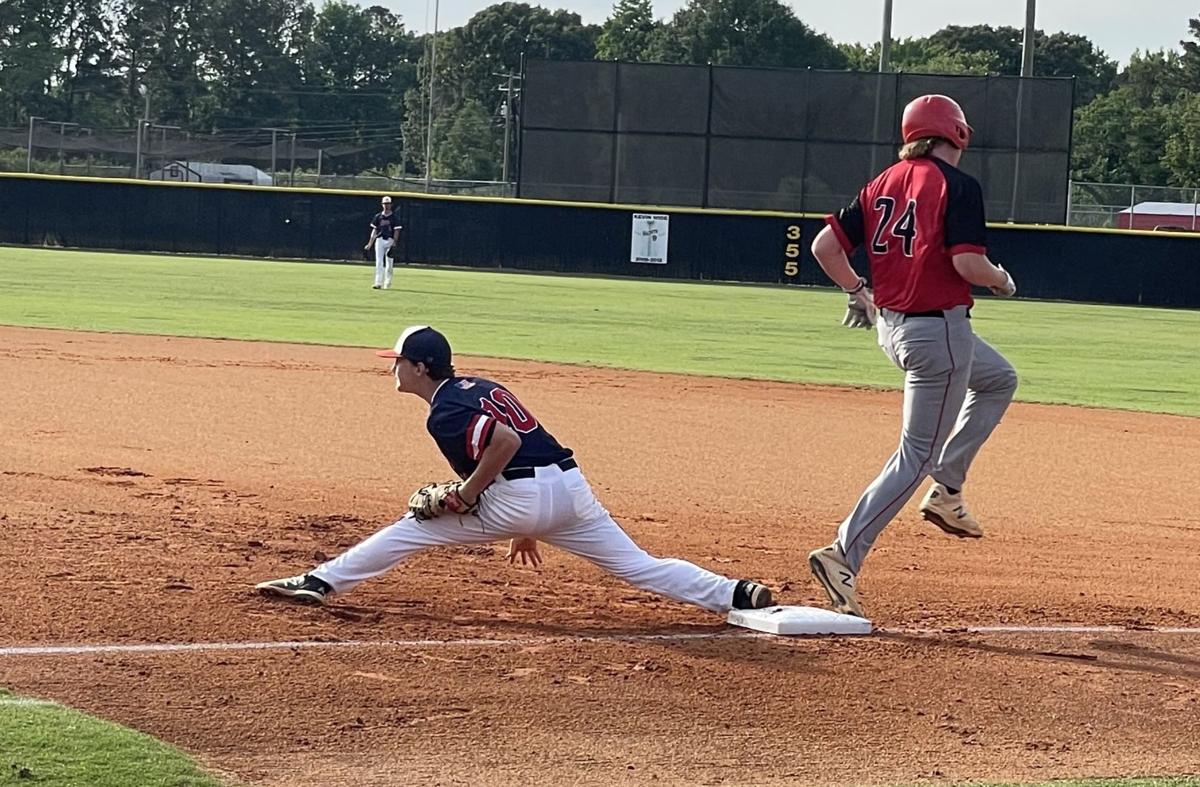 The Southern Wayne first baseman stretches out to record the out at first base.

Southern Wayne starting pitcher Will Pennington releases his pitch as he looks to strike out the New Bern batter.

The Southern Wayne first baseman stretches out to record the out at first base.

DUDLEY — The New Bern Bears defeated Southern Wayne 6-0 Tuesday night in game that was one-sided from the beginning.

After the first two runs of the game were scored, the game remained scoreless until the fifth inning when New Bern scored again by using smart base running tactics. The New Bern runner from first got caught in a run down between first and second base. So while the Saints defense was focused on recording the second out of the inning, the Bears runner on third was able to come home. The Saints were able to tag the runner out between first and second base, but not before the runner from third base could home to score for the Bears.

Due to a high pitch count, starting pitcher Will Pennington was pulled from the game in the top of the fifth inning, and replaced by reliever Alex Davis. With the Saints still only trailing 3-0, head coach Trae McKee was hoping Davis would be able to keep them in the game. This was not the case, however, as Alex Davis gave up two runs in the inning, and going into the bottom of the fifth inning the Saints trailed 5-0.

The Saints were never able to get their bats going in the next three innings, and they lost by a final score of 6-0.

McKee blamed the loss on the lack of being able to hit the ball in play.

Southern Wayne will be looking for better results when they take on New Bern again on Thursday in New Bern.