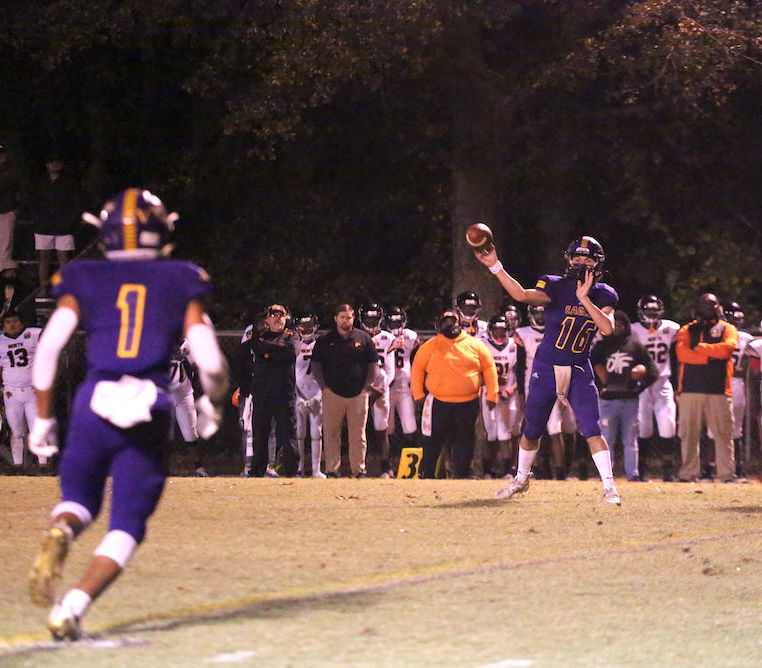 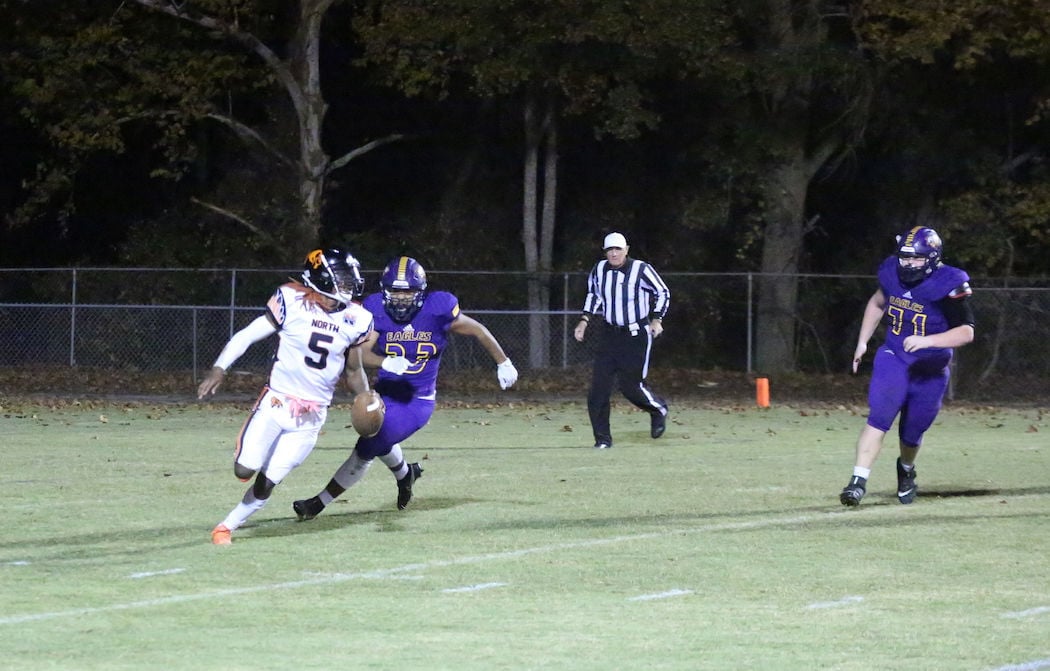 The Rosewood Eagles defeated the North Edgecombe Warriors 36-8 to advance to the third round of the North Carolina High School Athletic Association 1A state playoffs.

Rosewood started off the scoring in Friday night’s game with a touchdown pass from quarterback Rocco Raper on the Eagles’ second drive of the game. Receiver John Thompson made the catch on the 16-yard strike from Raper to give the Eagles a 7-0 lead with 2:16 remaining in the first quarter.

With less than 10 seconds until halftime, the Warriors defense committed back-to-back unsportsmanlike conduct penalties, which put Rosewood in field goal position. After not playing much all year, Zach Gordon was able to nail the field goal and gave the Eagles a 23-0 lead going into halftime.

The Eagles opened up the scoring in the third quarter with another touchdown from Lamm. The Rosewood running back’s third touchdown of the game gave the Eagles a 30-0 lead.

North Edgecombe scored their first touchdown of the game in the third quarter with a touchdown pass from quarterback Ahkee Lyons. The score came too late in the game though as the Warriors still trailed 30-8 with only 10:10 remaining in the game.

The final score was 36-8 in Rosewood’s favor.

Rosewood head coach Robert Britt said his team played some of their best football of the year in Friday night’s playoff win.

“It’s probably one of the most complete games we have played this year,” Britt said. “Offensively, defensively and on special teams I thought we played really well.”

With the win, the Eagles improved their overall record to 6-2 this season.

Rosewood will take on number four ranked Northampton County in Gaston on Friday at 7:30 p.m. in the third round of the NCHSSA state playoffs.