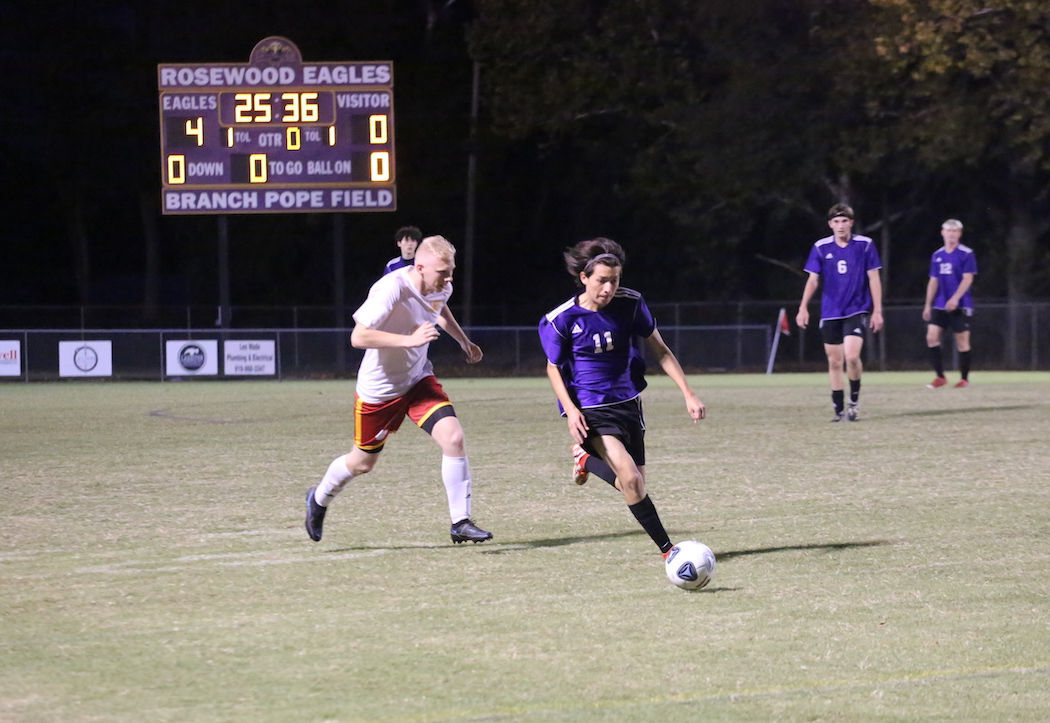 Rosewood's Hector Gutierrez dribbles toward goal as he looks to increase the Eagles' lead. 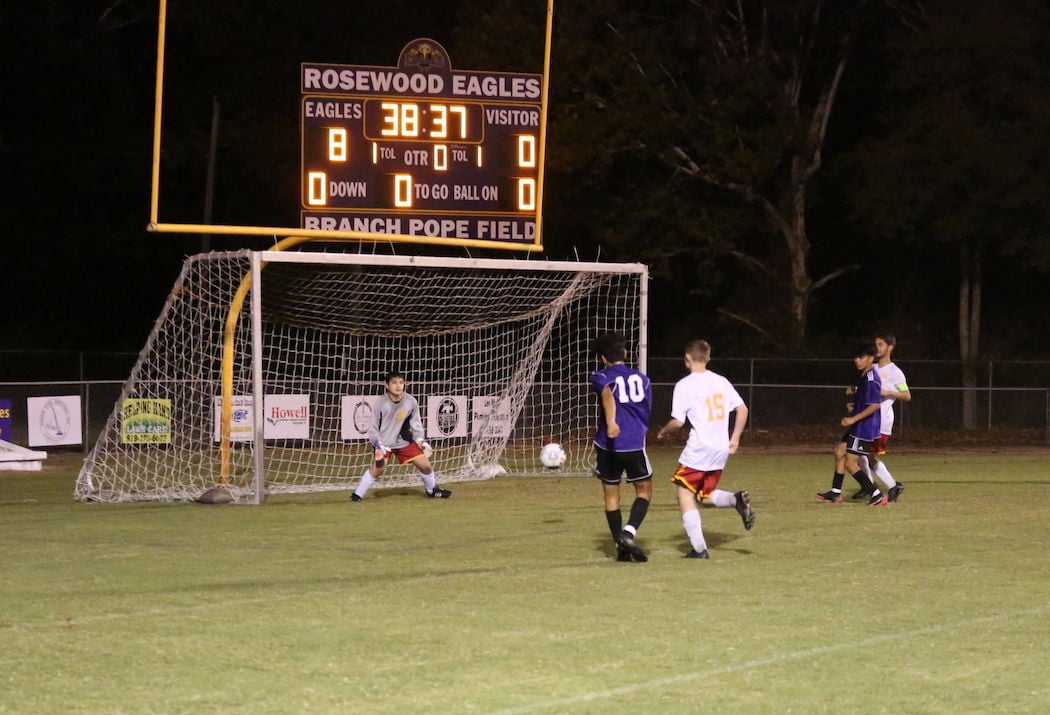 Rosewood's Hector Gutierrez dribbles toward goal as he looks to increase the Eagles' lead.

The Rosewood Eagles defeated the Lejeune Devil Pups 9-0 in Monday’s N.C. High School Athletic Association 1A playoff match that ended after just over 50 minutes due to mercy rule.

The difference in ranking between the two teams showed early on, and the Eagles came out firing early against the Devil Pups. It took Rosewood just 14 minutes to take a 4-0 lead.

Just eight minutes after scoring their fourth goal of the match, the Eagles extended their lead even further with a goal from Aaron Zamora. Zamora also scored in the ninth minute and the 14th minute of the match to earn a hat-trick in just 22 minutes.

Rosewood forward Hector Gutierrez added onto the scoring with his second goal of the match in the 27th minute to extend their lead to 7-0 heading into halftime.

In the second half Zamora added another goal to increase his total to four in the match, and give Rosewood an 8-0 lead.

The final goal was scored by Antonio Zavala-Baeza, which ended match at 9-0 by mercy rule. Reece Gary assisted the goal, and it was his fourth assist of the match.

Rosewood head coach Eddie Maldonado said it was nice to win, but his players are going to have to be prepared for some steeper competition moving forward.

“With a 32-team bracket, you are going to have some teams that are not up to the quality of some of the other teams,” Maldonado said. “After this round, all of the bad teams are gone, so everybody is going to be a quality team from here on out.”