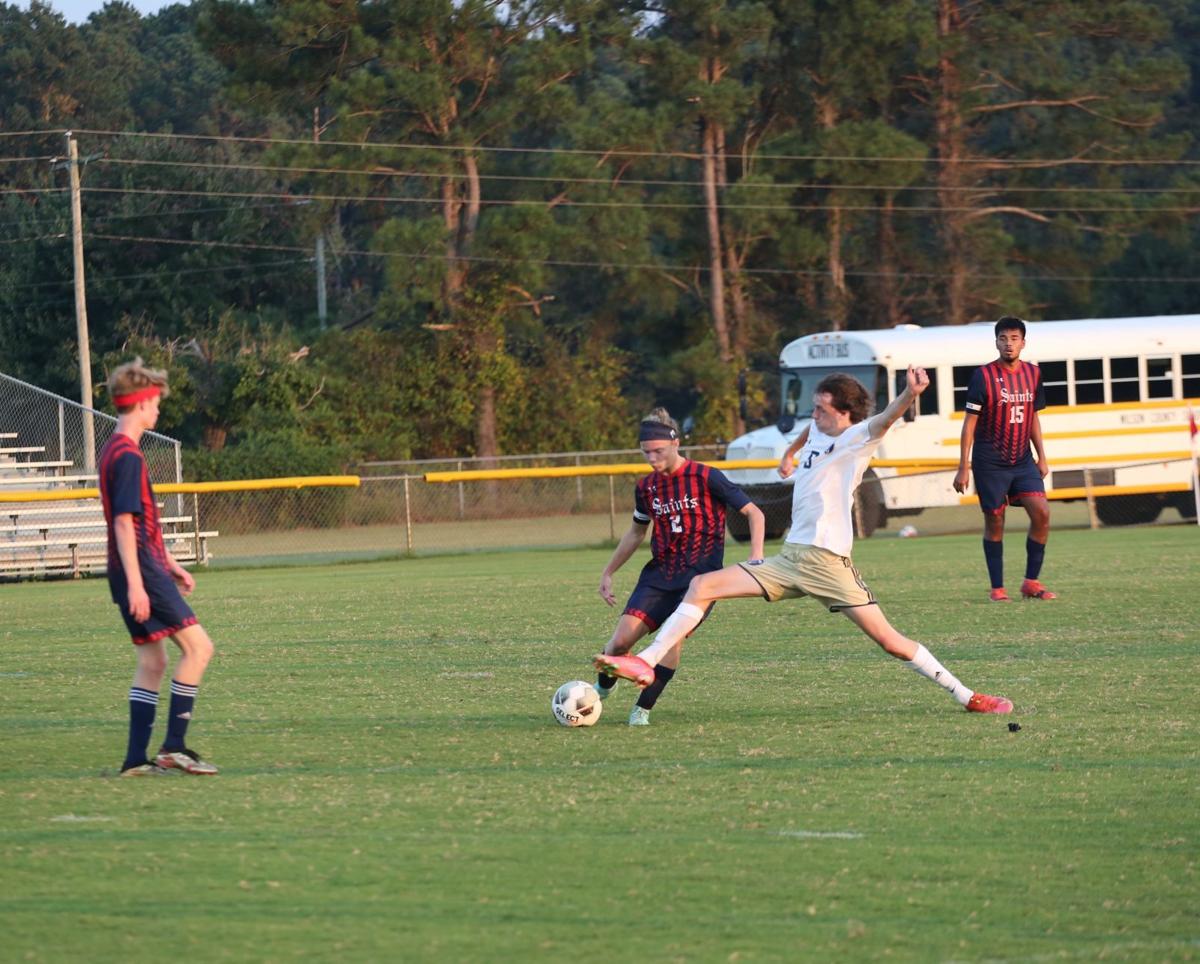 Southern Wayne defender Andrew Bryan passes the ball past a Fike player who attempts to steal the ball. 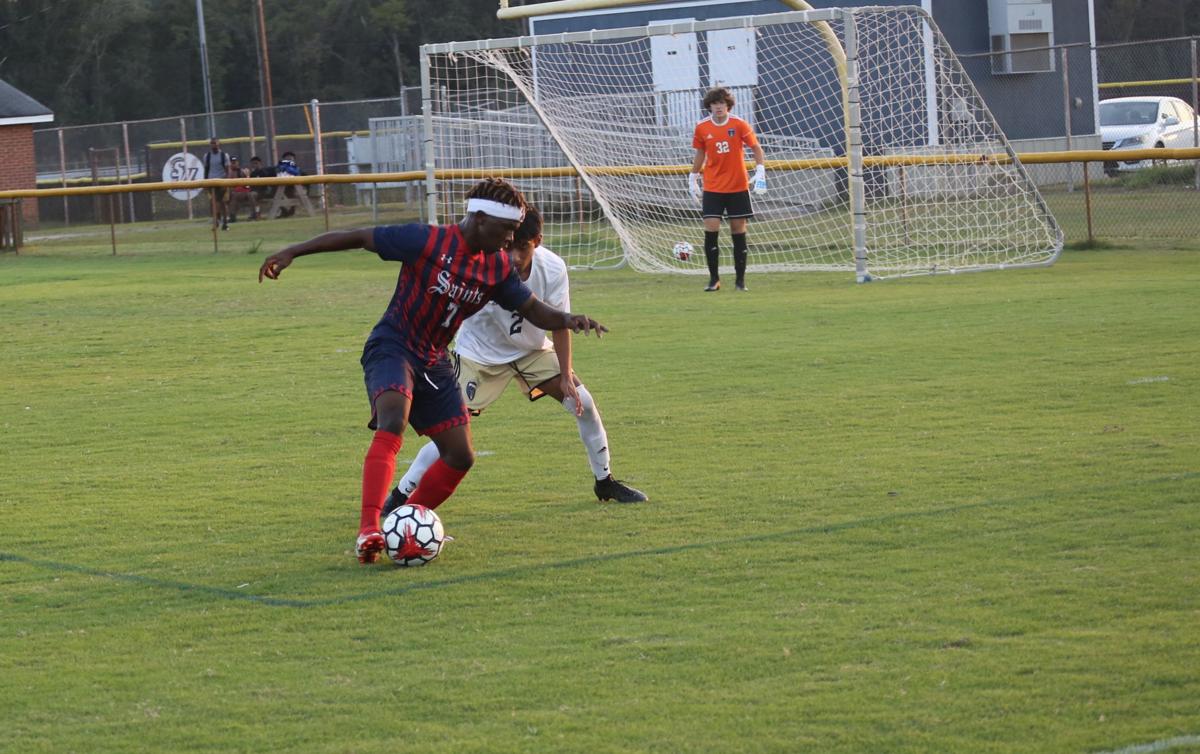 Southern Wayne defender Andrew Bryan passes the ball past a Fike player who attempts to steal the ball.

The match started off just the way Southern Wayne fans would have hoped for when in just the seventh minute Edgar Castaneda scored to give the Saints a 1-0 lead.

After conceding the early goal, Fike began to control more of the offensive possession, and they put Southern Wayne on the defensive end of the field for most of the first half.

Fike’s increased aggression on offense paid off in the 25th minute when a Southern Wayne defender cleared the ball out of bounds to give Fike a corner. The corner was crossed in perfectly by the Fike forward, and it sailed above the heads of the Saints defenders straight to the Fike attacker who headed it in for the goal.

The Demons almost took the lead just eight minutes later when in the 33rd minute Issac Puente-Castro had a great opportunity to score from close range. His shot hit off the goalpost, and the score remained 1-1.

Halfway through the second half, Fike had another shot hit off the cross bar. This time the shot came from a difficult angle on the left side of the field. The Fike forward was able to get the ball past the goalkeeper, but the keeper was saved again by the post in the 64th minute.

The second shot that deflected off the post seemed to be the wake-up call the Saints needed, and Southern Wayne began to pick up their energy as a team. The Saints controlled much more of the possession than they had through most of the game, and they began to create more shot opportunities.

The Fike defense did a good job of cutting off the Saints’ shooting angles, and even though the Saints registered several shots, none of them came from a position that would give them a chance to score.

With just over 40 seconds left in the match and the score still at 1-1, Fike gained control of ball and began to make what would be their final chance to score.

One of the Fike midfielders on the attack made a great pass that went between the defenders, and the ball landed right at the feet of Gabriel Vasquez-Castillo, who shot it toward the goal.

The shot was a hard low-driving one that came hard at the keeper who wasn’t able to dive on the ball in time as it rolled underneath him. The ball crossed the goal line before the nearby Saints defenders could clear it.

After the ball crossed the line, the Fike players began to run out onto the field in celebration knowing that with only 23 seconds left, the game was all but over.

When the final whistle blew 23 seconds later, the Saints players and fans looked stunned. Everyone in the stands, except for the visiting Fike fans, were almost completely quiet as they were still taking in what had just unfolded.

Southern Wayne head coach Luis Ramirez said that even though his team lost, he was happy with how they played throughout the match.

With the loss, Southern Wayne falls to 6-3 overall and 2-3 in the Quad County 3A Conference. Fike improves to 8-1-1 overall and 5-0 in the same conference.

Southern Wayne will take on C.B. Aycock in Pikeville on Monday at 6 p.m.