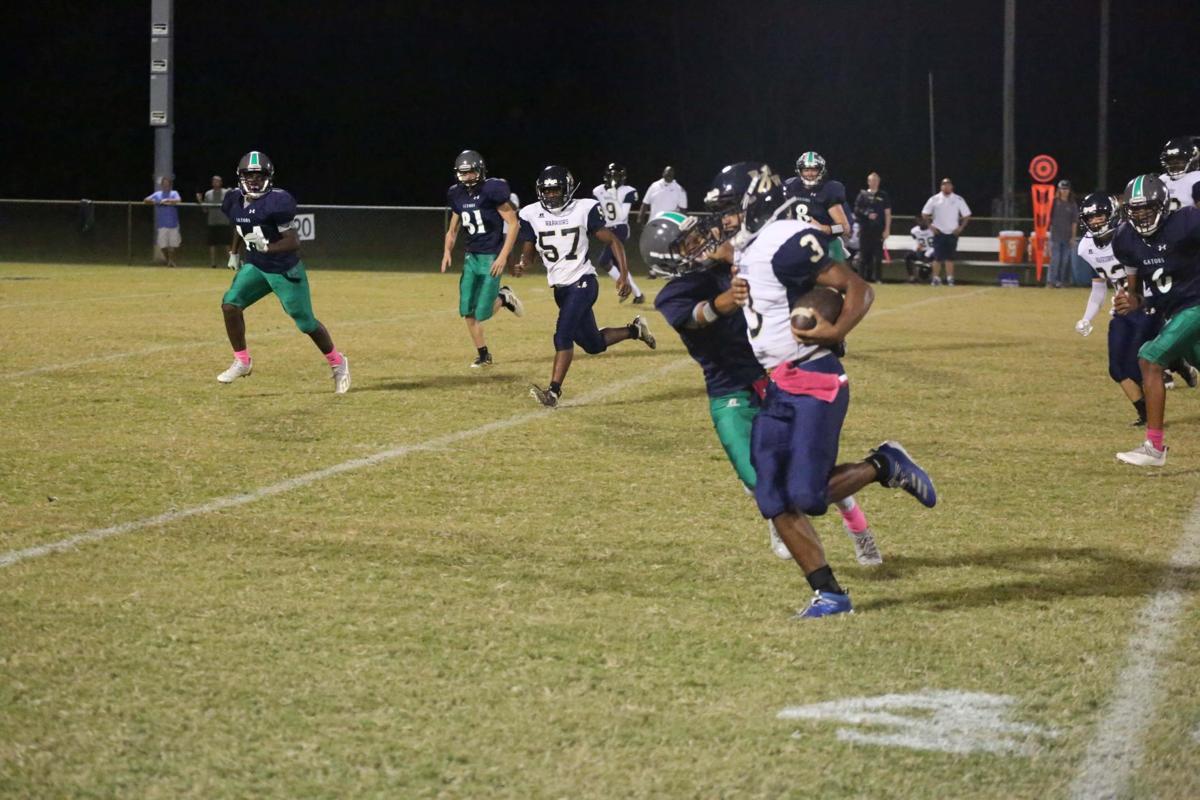 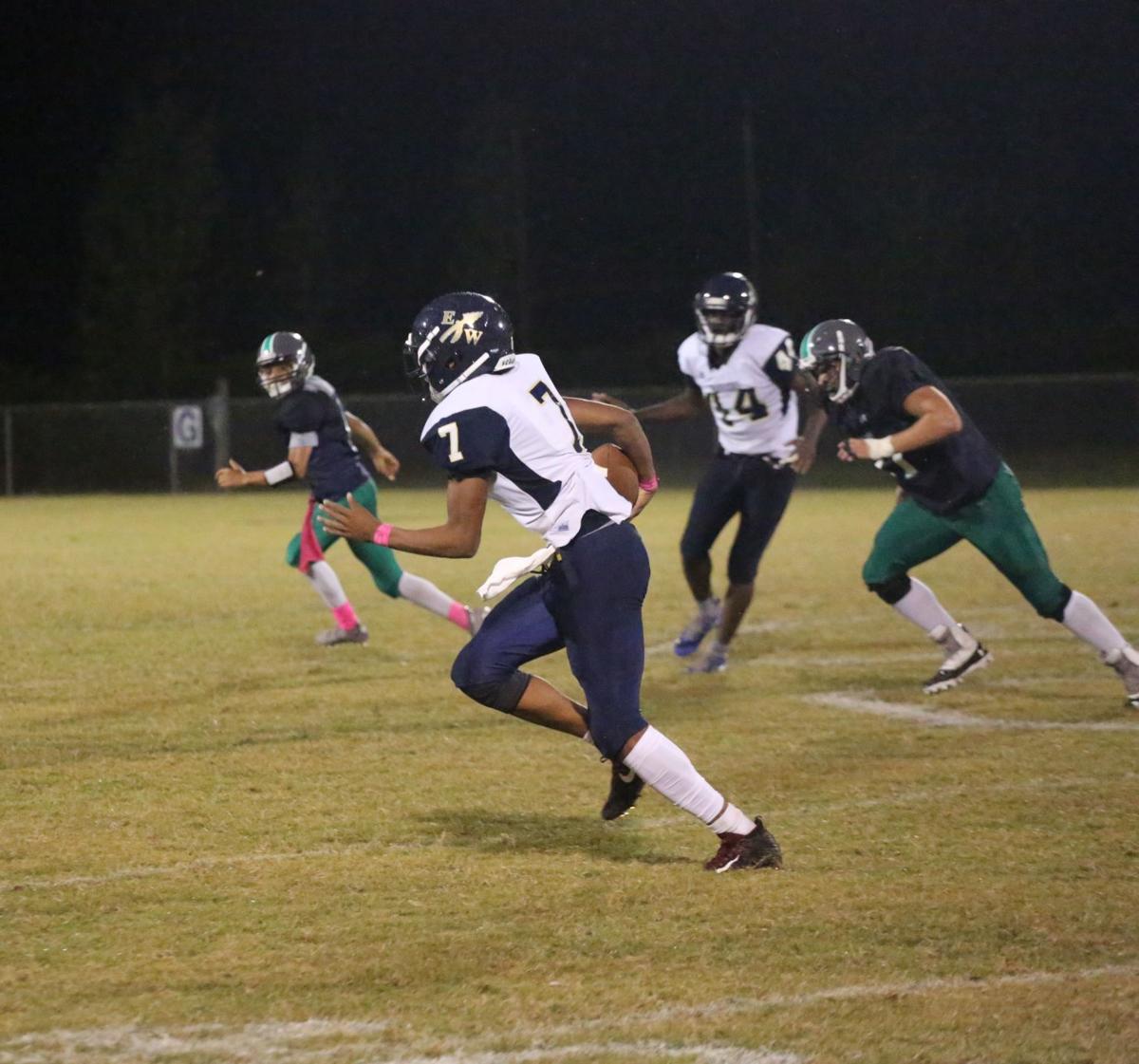 Spring Creek received the ball first to start the game, and they used their running attack to move the ball down to the Eastern Wayne side of the field. After picking up multiple first downs the drive stalled at the Warriors’ 36-yard line where Eastern Wayne took over following a turnover on downs.

Eastern Wayne quickly marched down the field to score on their first drive of the game. The score came from fullback Demontae Robinson who scored a 9-yard rushing touchdown to finish off the 64-yard scoring drive.

Spring Creek’s offensive struggles continued on the next drive when they fumbled the ball at the 50-yard line which Warriors defender Dylan Favors picked up, and returned for a touchdown.

On the Gators’ next possession following the fumble, the Gators turned over the ball for the second time in the game. This time the turnover was from quarterback Rahkeem Foster who was intercepted when he tried to complete a pass to his receiver who was double teamed.

Following the interception, Eastern Wayne took over at the Spring Creek 45-yard line. They quickly marched down the field, and quarterback C.J. Battle, who was playing in place of Trevor Warren due to an injury, scored a 24-yard rushing touchdown.

The touchdown from Battle gave the Warriors a 21-0 lead with 19 seconds remaining in the first quarter.

Head coach Leander Oates said that Warren will continue to be the team’s starting quarterback moving forward but Battle did a good job of filling in for him on Friday.

Notes, quotes and stats from the Arizona Wildcats’ 34-0 loss to Colorado

“I think (Battle) played well,” Oates said. “He gave us another athletic piece on the field, and it makes teams have to play honest defense because when C.J. doesn’t (see an opening) he’s been smart enough to run.

When the Gators received the ball again on offense, they were forced to punt. The Warriors scored just one play later with a rushing touchdown from Dowan Hodges to extend their lead to 29-0.

The Warriors continued to control the rest of the half and the game. At halftime, the Warriors led 43-0, and they extended their lead even further in the second half to win 64-0.

Oates said he expected Spring Creek to play better considering it was their homecoming game.

“When it’s homecoming, teams come in with a little bit more inspiration,” Oates said. “Most teams schedule homecoming, and hope to surprise their opponent. I call it a trap game when a team is scheduled to play you on homecoming night.”

With the win, Eastern Wayne improved to 5-2 overall and 1-1 in the Neuse Six 2A Conference. Spring Creek fell to 3-3 overall and 0-2 in the same conference.

Eastern Wayne plays Beddingfield in Wilson on Friday at 7 p.m.

Spring Creek will take on Princeton away from home on Friday at 7 p.m.