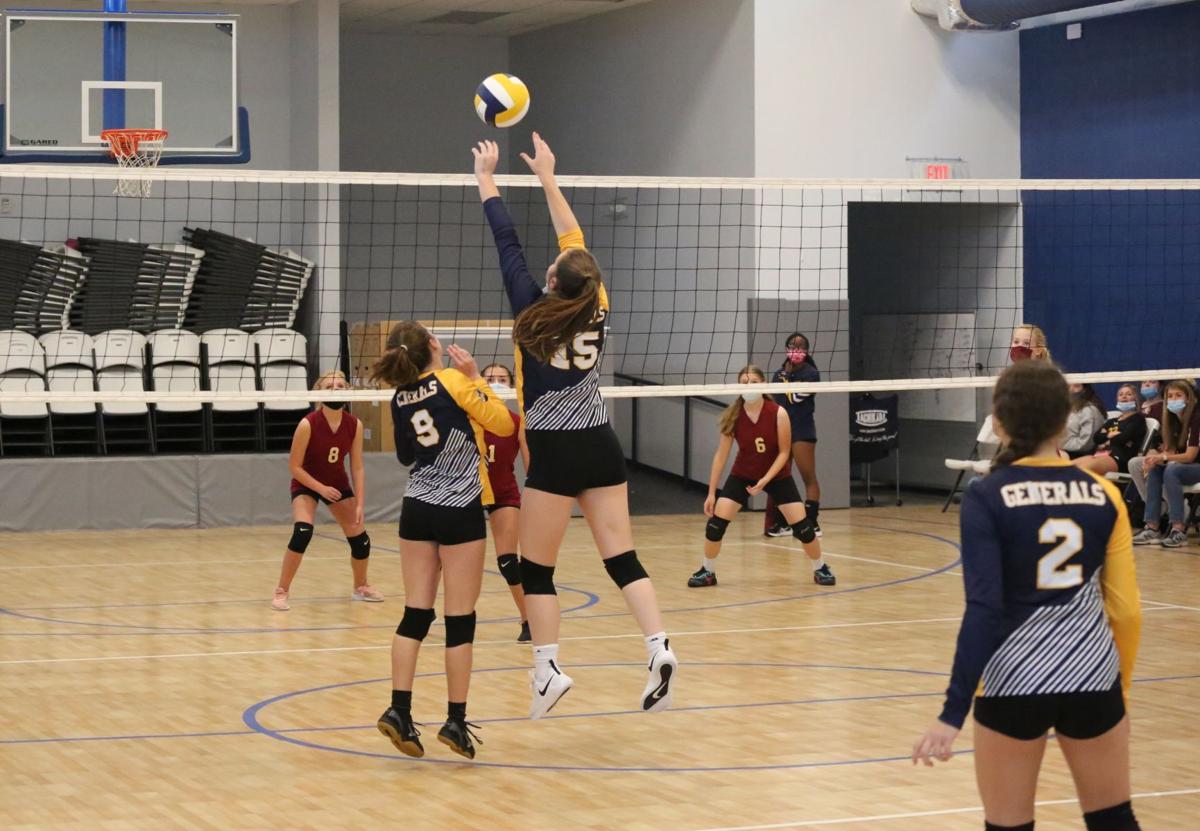 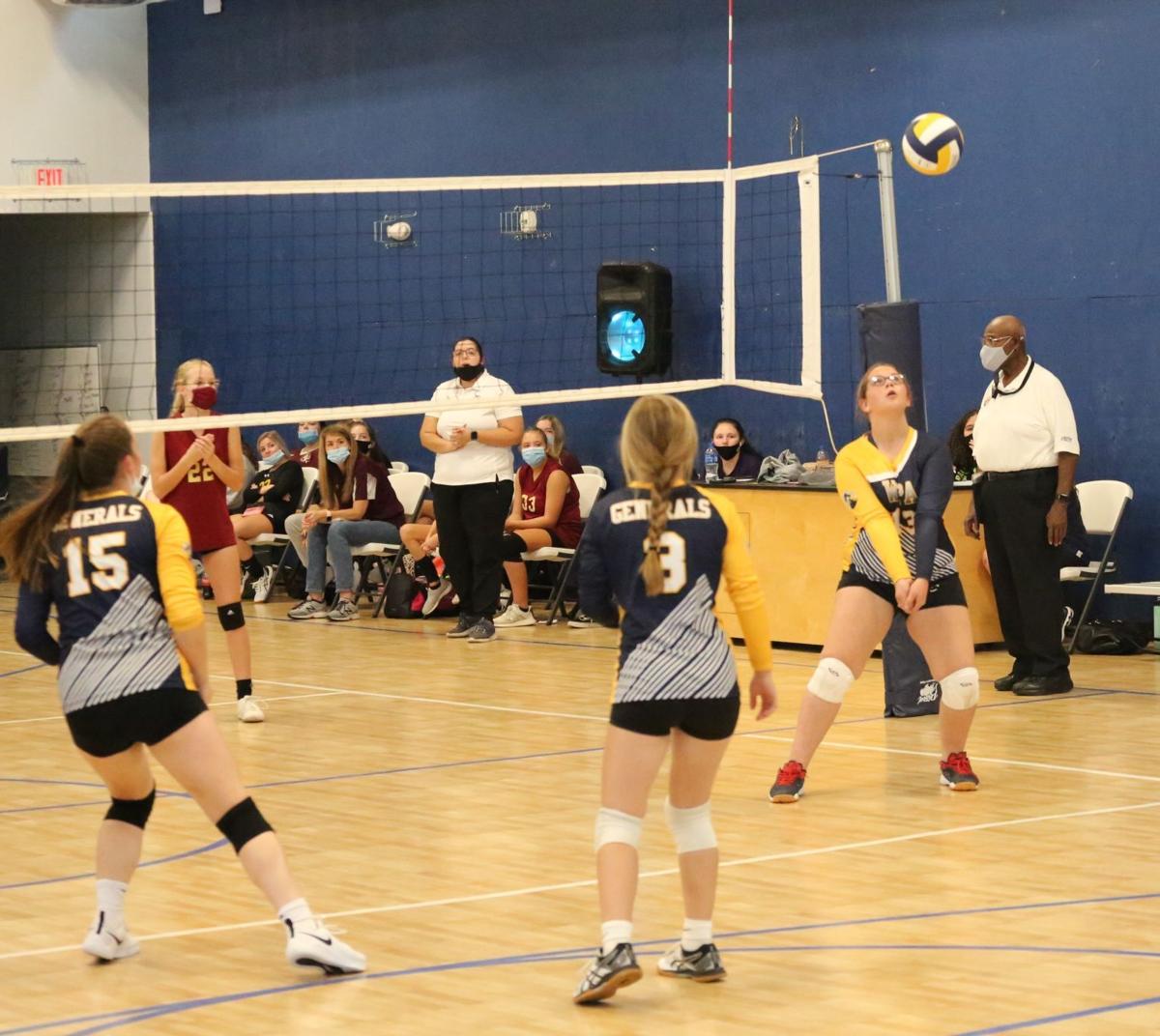 Generals player Sandy Bacia keeps the ball in play against the Huskies.

Generals player Sandy Bacia keeps the ball in play against the Huskies.

The Wayne Preparatory Academy Generals defeated the North East Carolina Preparatory Huskies by a score of two sets to one on Wednesday afternoon.

The Generals started off the match by taking an early 8-1 lead over the Huskies. A big reason the Generals were able to take a seven-point lead was due to the serving of Avery Fricks who started serving with the score at 2-1. With the help of her teammates, she was able to hold serve for six consecutive points.

In the second set, the Huskies looked like a completely different team. After struggling to hold serve in the first set, they won six straight points on serve to take a 6-0 lead. The Huskies were finally able to break serve and with the score still 6-1 in the Huskies favor, Ava Jenkins stepped to the end line. Jenkins won seven points in a row at the end line, which gave the Generals a second set lead for the first time at 8-6.

In a back-and-forth set, the Huskies went on a run of their own to take a 19-12 lead. The run by the Huskies was the deciding one in the set, and they held on to their lead to take the second set 25-17.

In the third and final set of the match, the Generals did not allow the allow the Huskies to score a single point. After breaking the Huskies serve to gain a 1-0 lead, Jenkins stepped up to serve and was not broken once throughout the entire set. Jenkins won 14 points in a row to help her team claim the third set 15-0.

Wayne Preparatory Academy head coach Mark Colebrook said he was proud of the way his team dominated the third set of the match.

“We wanted to come out and make a statement,” Colebrook said. “I wanted make sure that in the third set we didn’t mess around. Volleyball is a game of runs and momentum, and if you give somebody momentum that can come back to bite you.”

With the win, the Generals improve to 10-2 overall and 10-0 in the Eastern Athletic Conference.