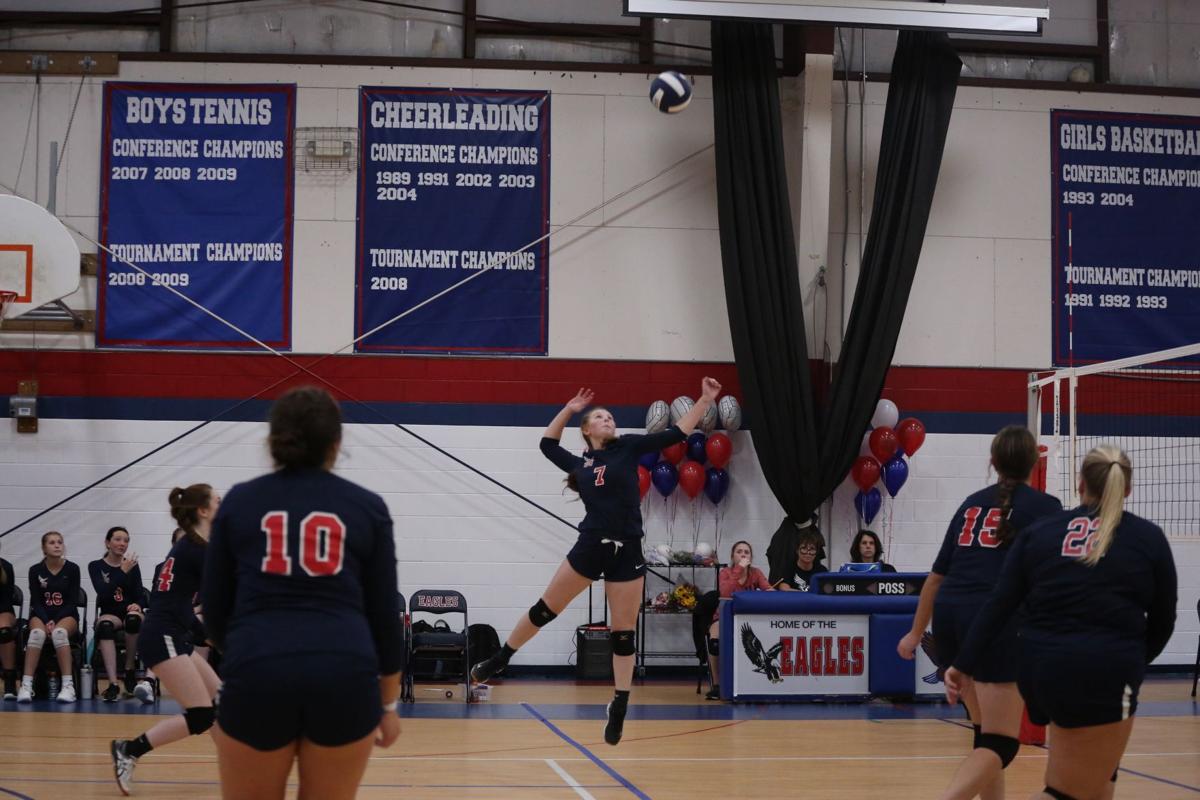 Wayne Christian's Anna Gray jumps up to spike the ball. 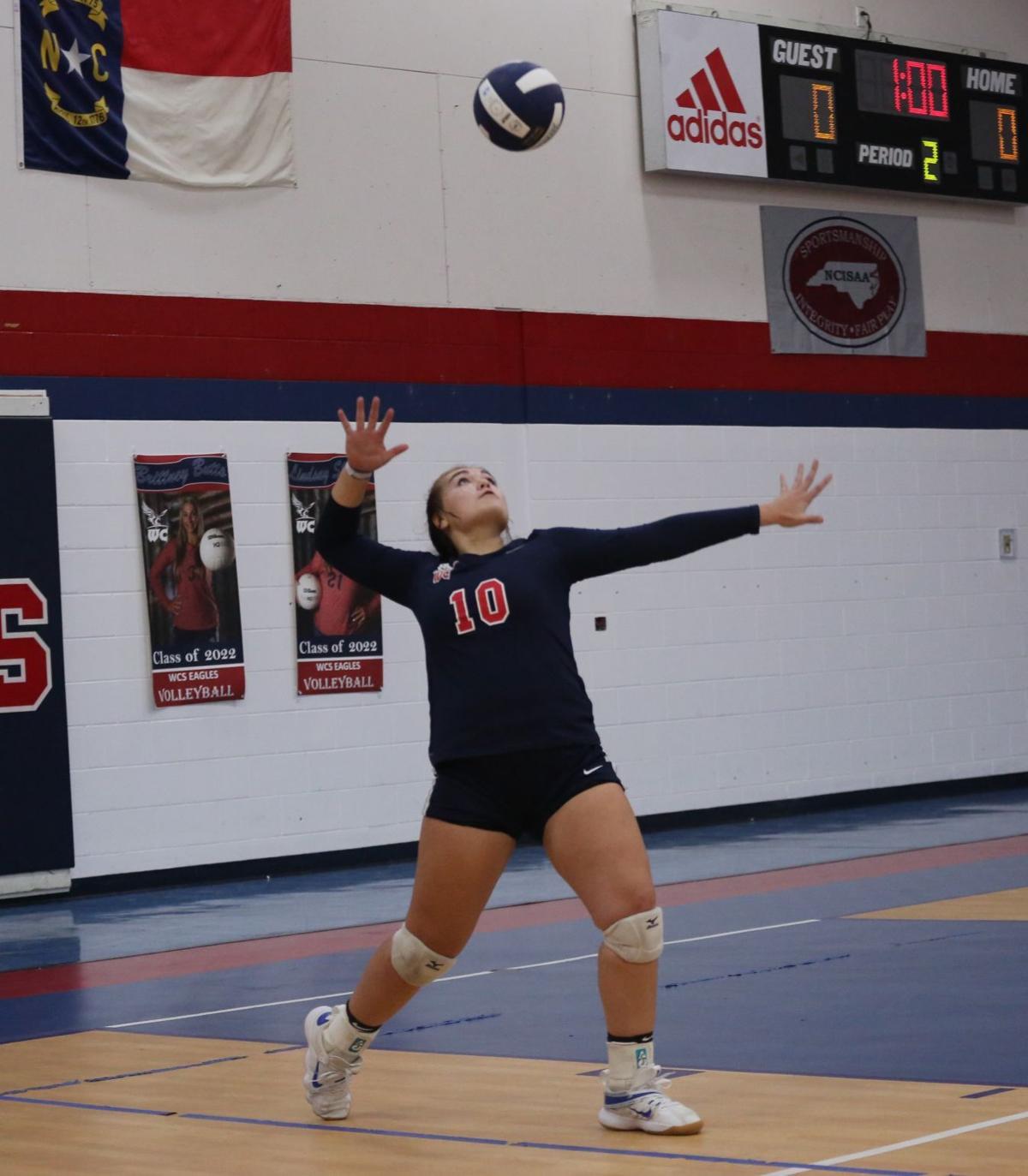 Wayne Christian's Anna Gray jumps up to spike the ball.

Going into Tuesday night’s matchup, the Chargers held a strong record of 13-4 for the season while the Eagles had struggled holding just a 3-7 record.

In the first set, Wilson Christian showed why they held the better record this season, and they easily defeated the Eagles 25-7.

The second set started off much closer than the first, and after 16 points played, the Chargers held only a two-point lead at 9-7. Wilson Christian began to pick up their level of play late in the second set though, and they went on to win 16 of the next 21 points to take the second set 25-12.

The last set of the match was the closest of the entire match. Both sides brought their highest level of play, and neither team was able to take a sizable lead over the other. For Wayne Christian, team kill leader Lauren Mitchell did a good job at the net by taking advantage of kill opportunities that her teammates set up for her, as well as holding serve at the end line. Her play at the net wasn’t enough to win the set though, and the Eagles dropped the third set 25-15.

Wayne Christian head coach Hannah Anderson said that although her team didn’t get the win, she was happy with the way her players improved their play in the later sets.

“We took our mistakes, and then applied changes,” Anderson said. “That helped a lot in the next two sets after the first one. I always think it’s fun to play a team like this. They have great skill, and it helps us grow, and it shows us where we can improve.”

With the loss, Wayne Christian fell to 3-8 overall and 2-5 in the North Carolina Independent Schools Athletic Association Coastal Plain Conference.

Wayne Christian will play their final match of the season against John Paul II Catholic in Greenville at 6:15 on Thursday.