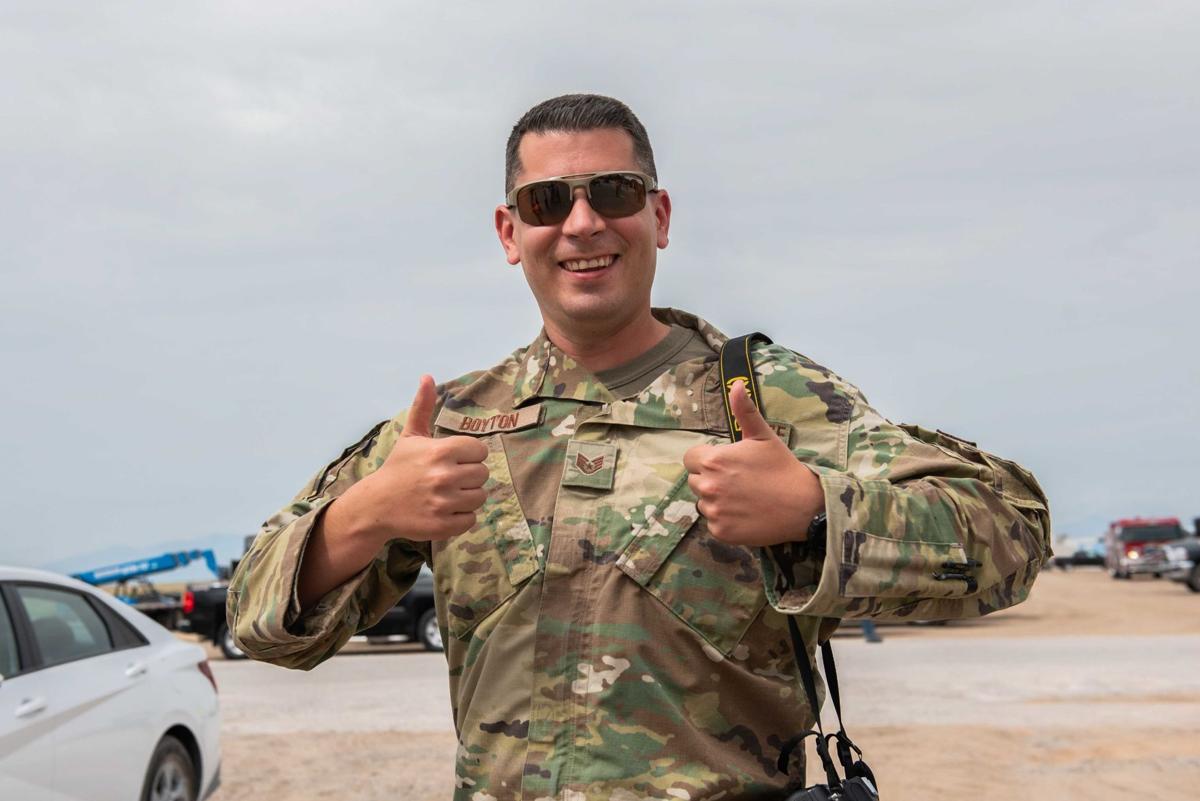 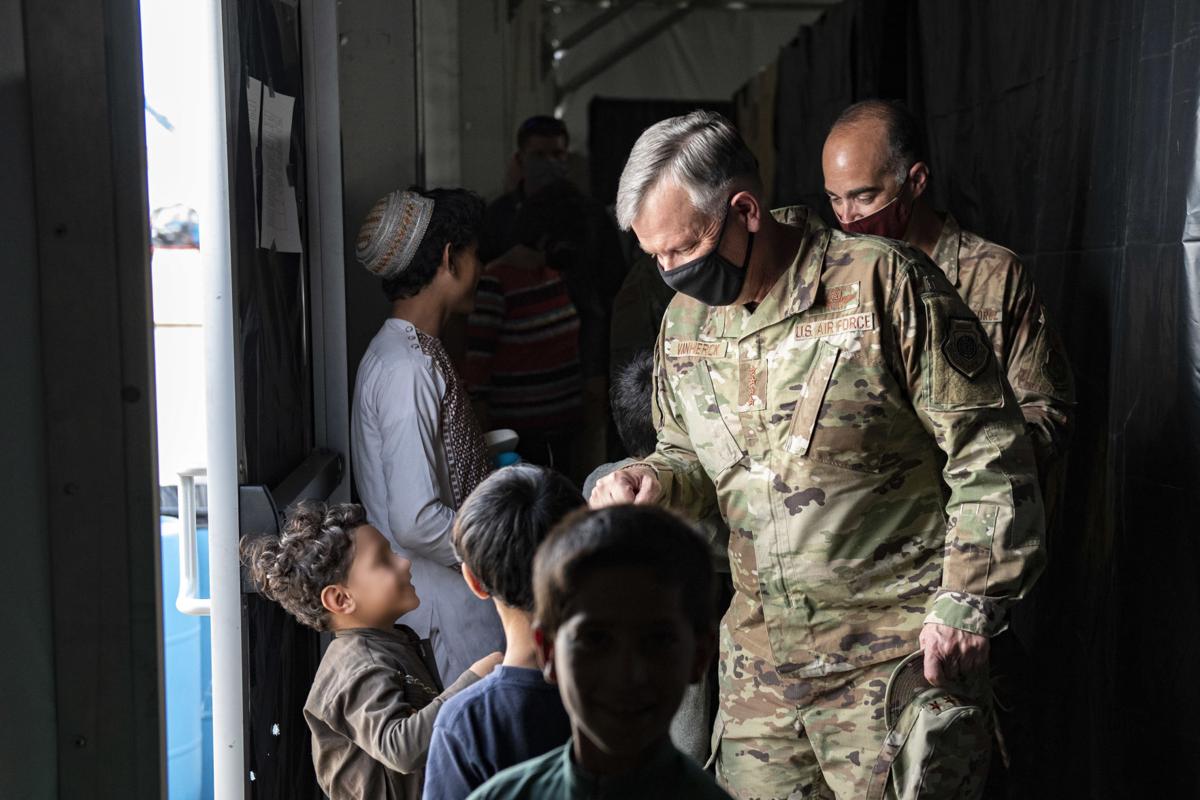 Being part of Task Force-Holloman has been more than fulfilling. I’m getting to see first-hand how amazing our airmen are, and (how) far we all are willing to go to ensure that the Afghan evacuees here are cared for.

After the first plane arrived on Aug. 31, I’ve gone back to Aman Omid Village, a temporary home for the evacuees, as many times as possible. It’s not to just document history in the making, but to interact with the people and make them feel welcome.

The children there are eager to grab any unsuspecting passer-by in uniform and drag them into a fun game of soccer or volleyball. It would be an outright lie if I said this wasn’t my favorite part of my time here.

Their laughs and carefree attitude are second to none, but seeing their parents watch with a tranquil smile only adds to the euphoria and realness of the situation at hand.

They are all here to better themselves, their children and future generations. They’re here to be safe and cared for.

Sometimes the parents say thank you in either perfect or broken English, or with the simple gesture of a smile and a head nod.

One of the interpreters who I’ve become good friends with told me that he hears it all the time from them, that they are eternally and genuinely thankful to all of us.

They may not know how to say it, but they always find a way to show it.

One night while helping out at the dining facility in Aman Omid Village, I was tasked to separate the people into two lines to get their food.

I walked back and forth in between the two lines, talking with those who understood English and communicating through gestures with those who didn’t. The lines were understandably long, and sometimes kids get cranky when they’re hungry and have to wait for food.

To pass the time, I ask the kids if they like ja-dew, or magic. Many of them understand my terrible attempt at their language and start to grin, nodding their heads in excitement. I do a simple trick where I take my thumb off, and watch as their eyes grow in disbelief. Some of them know the trick and laugh, but others utter a word under their breath, staring at the seemingly impossible black magic that they just witnessed. I return my thumb back to its original place, and they want to see it again.

Even some of the parents get tricked by my sorcery! Their head snaps back as they almost jump away from me, and their disbelief in what they just witnessed quickly turns to disbelief in themselves for falling for such a childish illusion. They laugh long and hard at themselves, and I usually end up showing them how to do the trick. Like a child with a new toy, they spend the rest of their time in line practicing the trick, with light seemingly emanating from their eyes as they correctly perform it.

After a few days of playing magician, I learned that my name to them was no longer Boyton but Ja-dew Gur, meaning sorcerer or magician. It’s a name that I’ll never forget.

Thankfully, I’m not the only airman here interacting with the evacuees. Every time I turn a corner, I see another airman making them feel at home and feel welcomed.

We’re not just taking care of the evacuees, we’re also taking care of ourselves. The genuine kindness, laughter and love that everyone here shares isn’t just for show. It’s chicken soup for our hearts and souls.