If you need to purchase a subscription.
You are the owner of this article.
Edit Article Add New Article
You have permission to edit this article.
Edit
Welcome, Guest
Home
News
Sports
Opinion
Obituaries
Faith
Life & Family
e-Edition
Classifieds
Local Events
Publications
Share This
1 of 6 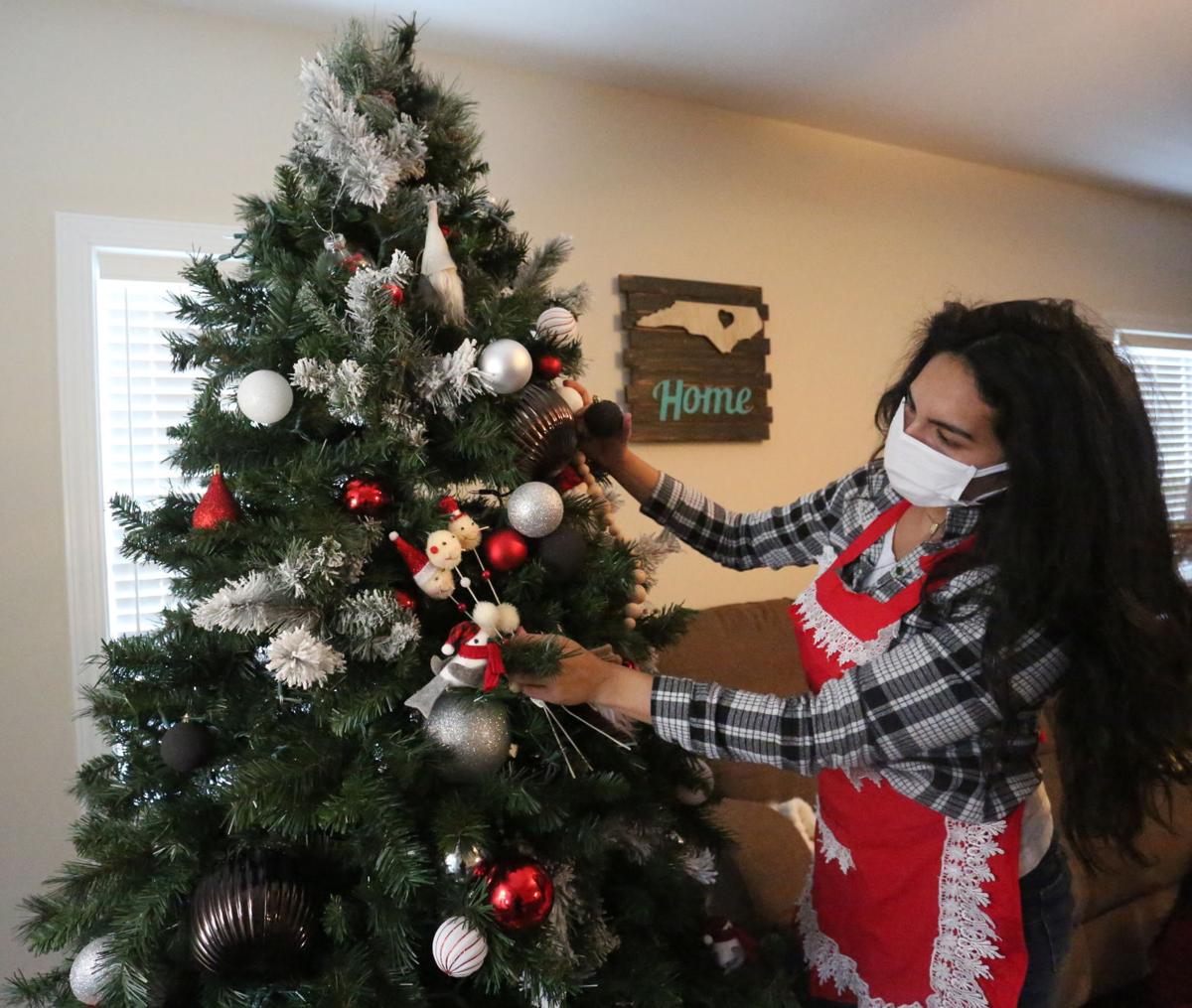 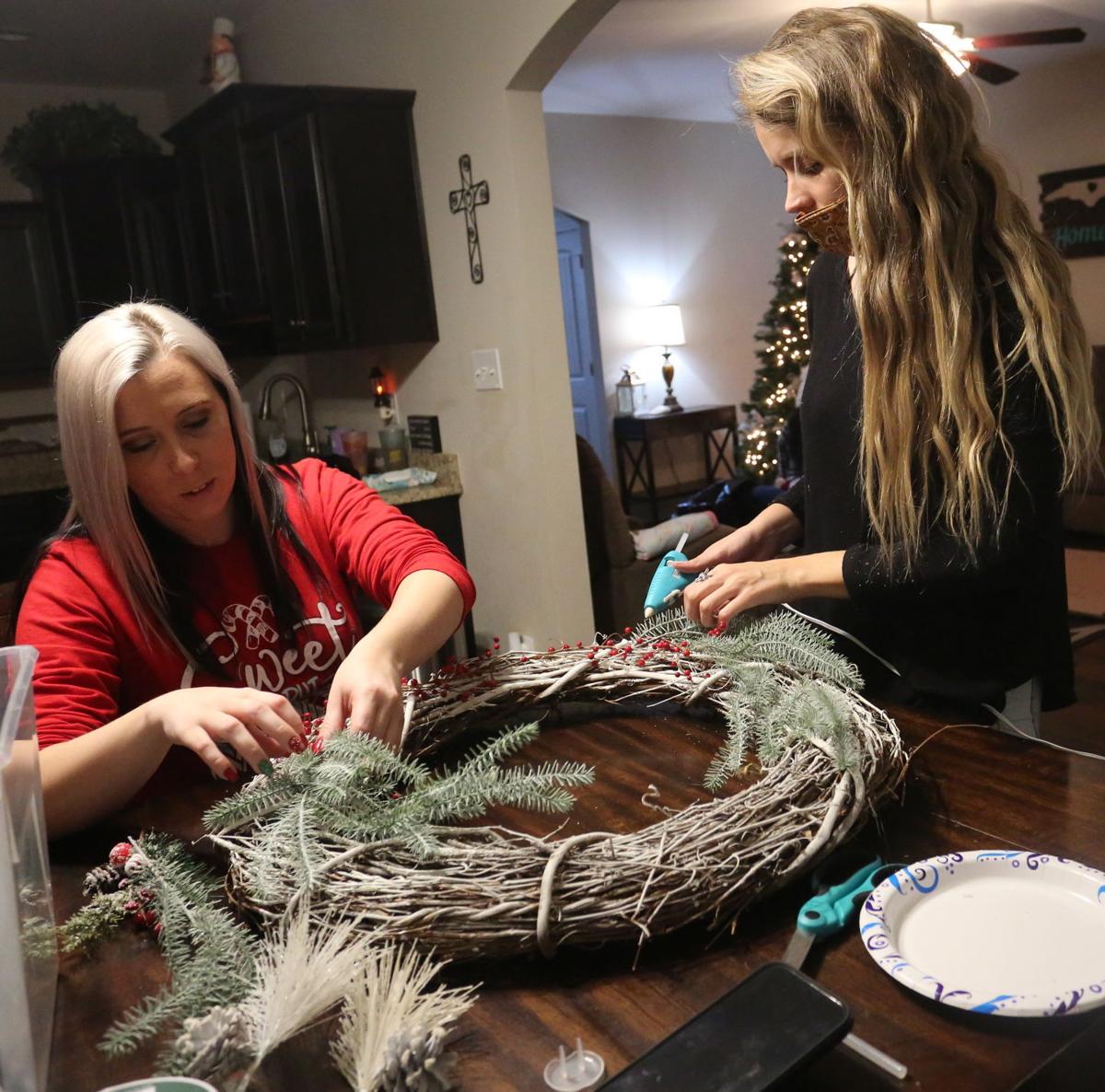 Falon Sandidge, left, and Sadie Raiford, Homefront Room Revival’s creative director, make a wreath for the Sandidge home out of recycled items during this year’s Dec’ the Deployment. 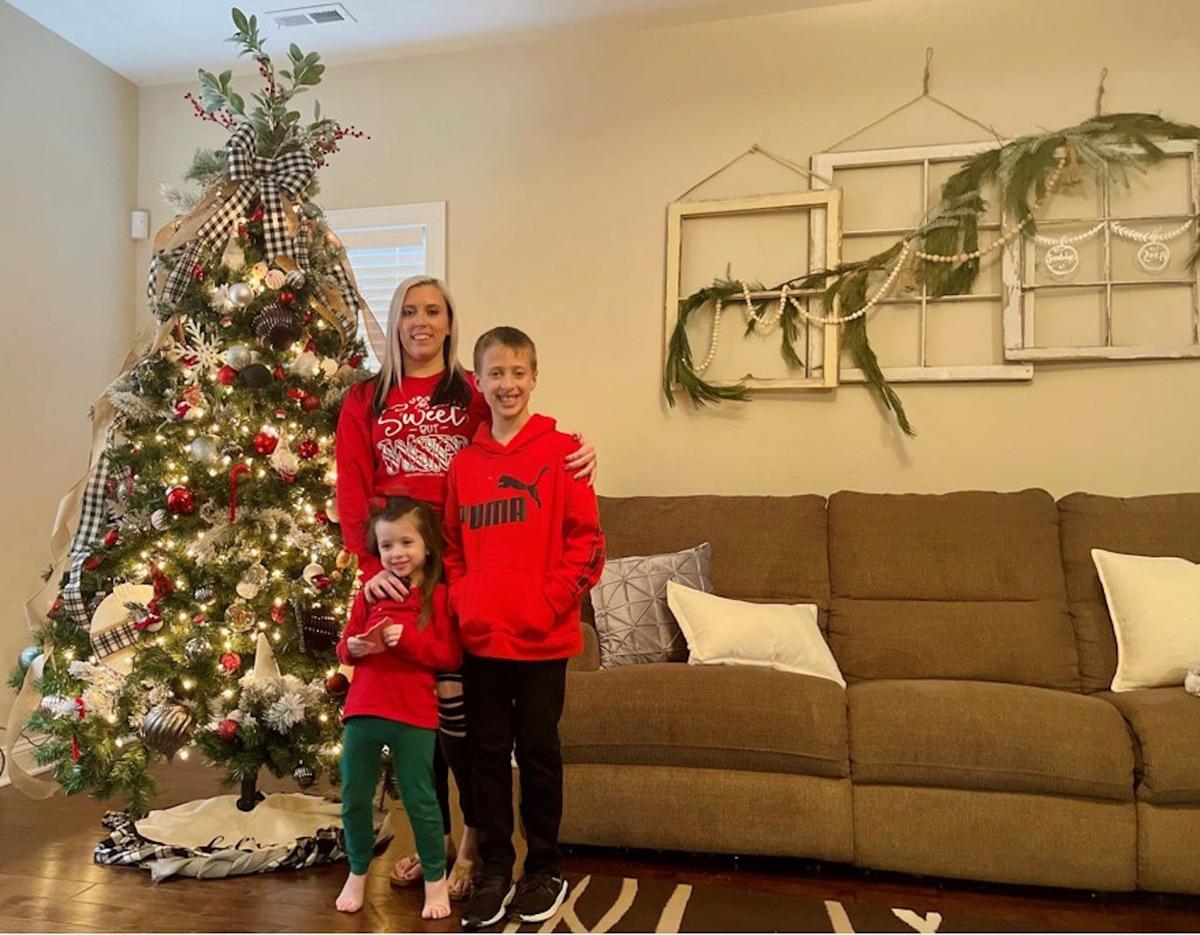 Falon Sandidge stands beside the decorated tree with two of her children, Seanna, 3, and Shane, 8. On the wall above the couch are three repurposed window panes with garland on them. 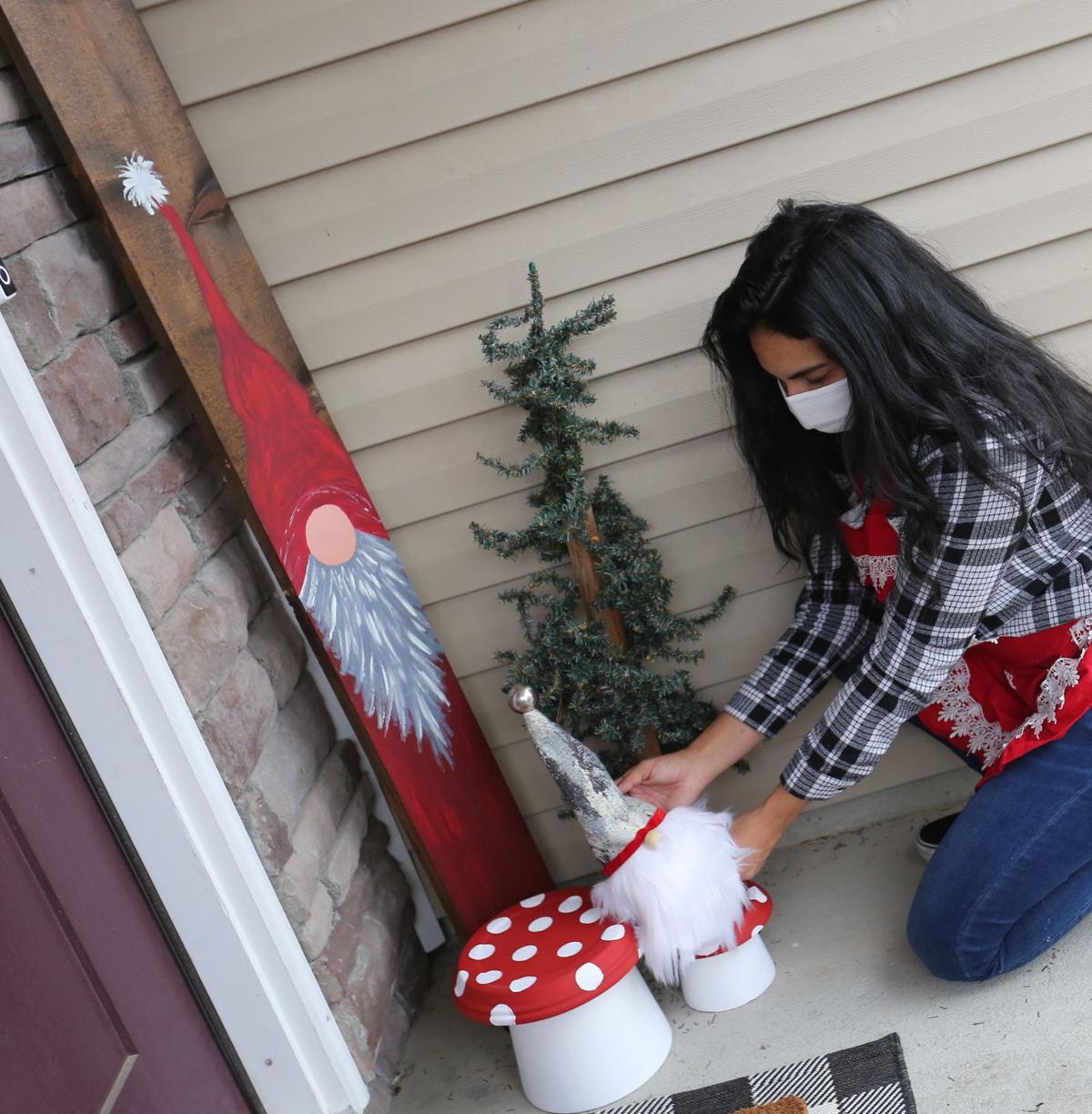 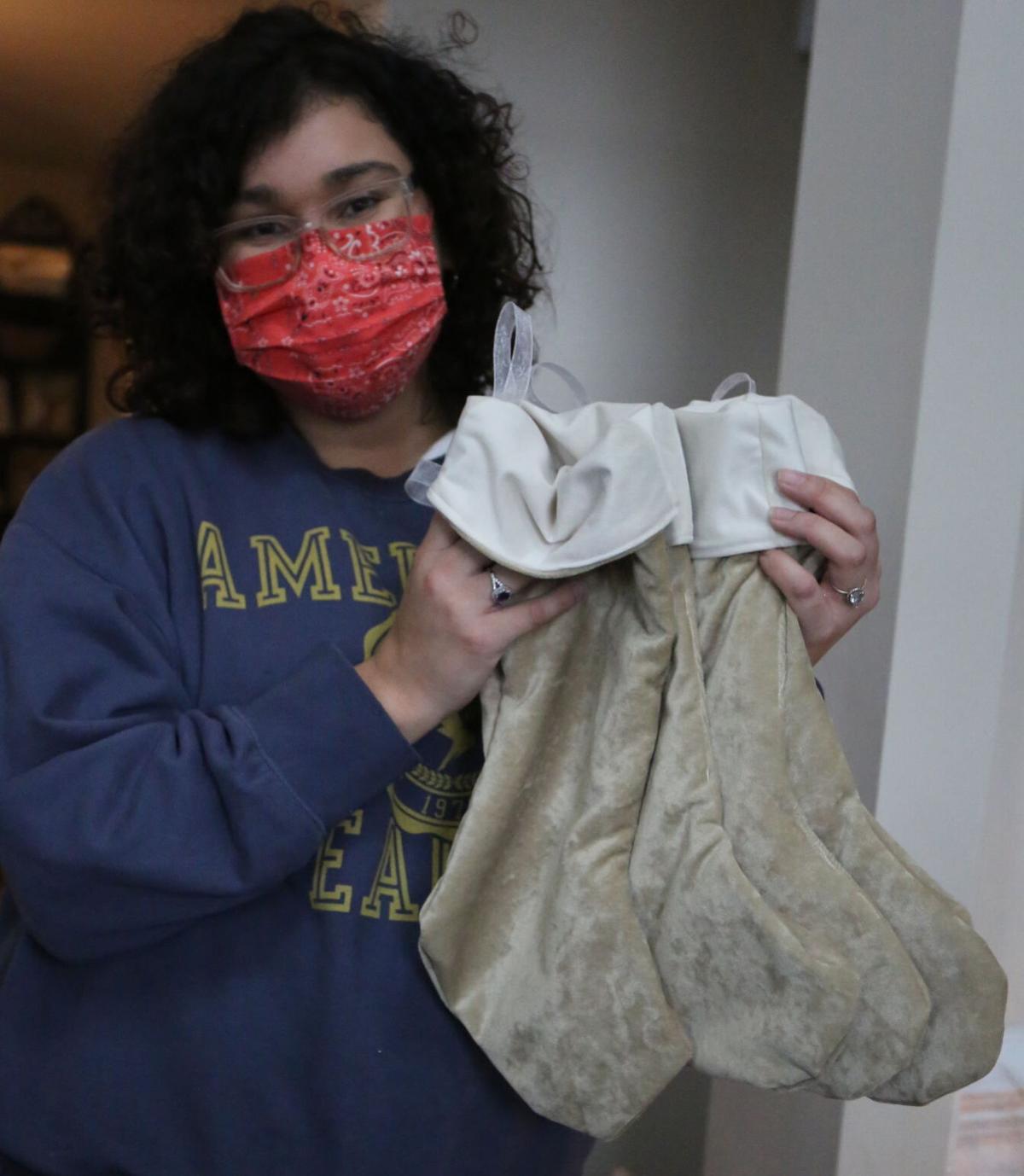 Myrian Vizcarrondo with Homefront Room Revival made Christmas stockings for the Sandidge family. 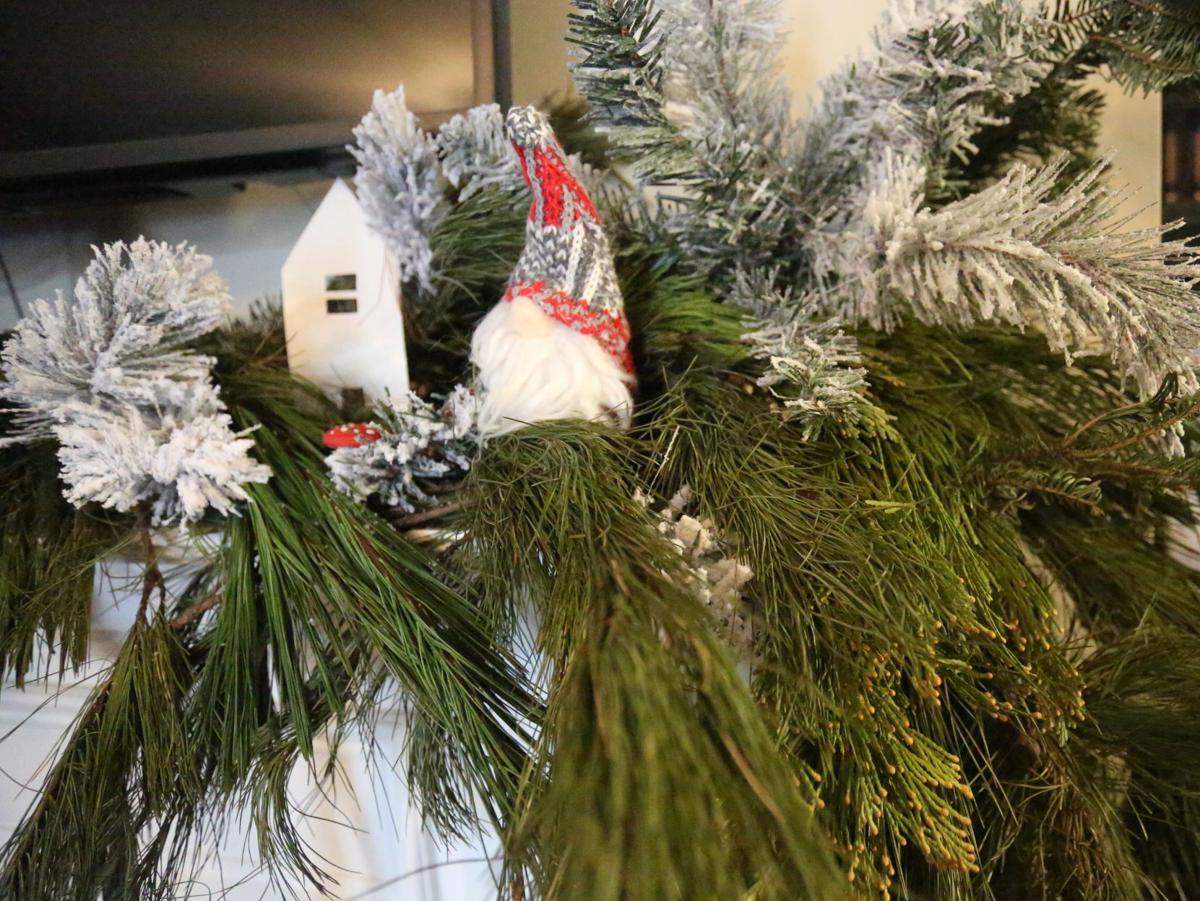 A handmade gnome is nestled among garland that's interspersed with pieces of a flocked Christmas tree.

Falon Sandidge, left, and Sadie Raiford, Homefront Room Revival’s creative director, make a wreath for the Sandidge home out of recycled items during this year’s Dec’ the Deployment.

Falon Sandidge stands beside the decorated tree with two of her children, Seanna, 3, and Shane, 8. On the wall above the couch are three repurposed window panes with garland on them.

Myrian Vizcarrondo with Homefront Room Revival made Christmas stockings for the Sandidge family.

A handmade gnome is nestled among garland that's interspersed with pieces of a flocked Christmas tree.

Falon Sandidge is a typical military wife, whose husband, Tech. Sgt. Sean Sandidge Sr., was deployed during the Christmas holidays this year, leaving her alone with their three children and her brother, who also lives with them.

“I wasn’t in the spirit for the holidays this year,” she said. “I was depressed. I felt alone.”

Then volunteers with Homefront Room Revival, a local nonprofit group, stepped in with Christmas decorations for inside and outside the home and even a Christmas tree adorned with handmade ornaments.

Katelyn Tinsley, founder and CEO of Homefront, started the group about six years ago when her military husband was deployed.

Tinsley, a former member of the United States Air Force herself, and her husband were both low-ranking military members when they married. She became pregnant right away, and they didn’t have much money for things like furniture for their first home.

“We ended up overextending our credit card debt to furnish our first home,” she said. “We really didn’t have much, just basic necessities.”

When Tinsley became pregnant with her second child, she had support from her work center while her husband was deployed, but needed more than that.

“It was during that time I was coming home to an empty house that we didn’t have decorated and just had bare furnishings,” she said. “It just didn’t feel like home without my loved one there.

“I also didn’t put up a Christmas tree that year for my daughter. I just didn’t have the energy. I was really struggling.”

Then Tinsley discovered Curb Alert at Seymour Johnson Air Force Base, where they were stationed. When military members move, sometimes they can’t take all of their home goods with them, so they put them out by the curb in hopes that another military family who needs it will pick it up and take it home.

Tinsley began picking up some of the furniture and taking it home with her.

“One of the things I used to enjoy before the service was the creative arts,” she said. “I started upcycling a lot of these pieces that I would find that were free. I affordably furnished my home.

“When my husband came home from deployment, he came home to a beautifully decorated house that didn’t cost much of anything to do. But it provided me with a creative outlet to improve my own resiliency while he was gone and bring me out of a dark place.”

A couple of years later, Tinsley got out of the Air Force and started Homefront Room Revival out of her garage. A year later, the nonprofit moved into a small studio at the Arts Council of Wayne County, and in 2019, it moved one last time to an 1,800-square-foot space on base.

Tinsley also started the Dec’ the Deployment program five years ago to give support to families whose military member is deployed and also military members who may be new to the base and starting their first Christmas but aren’t in the spirit because they’re struggling.

“If you’re in a low-ranking military family, a lot of people don’t realize what the financial burden is,” she said. “A lot of service members don’t make a lot of money and really struggle to furnish their homes. We meet as a board and group to figure out who we can help.”

Military members or their spouses can apply to be part of Dec’ the Deployment through the group’s website. Since the program began, Homefront has done about 50 homes.

Tinsley said holiday decorations for the homes are all upcycled items.

She said the nonprofit changes lives.

“People are struggling through these adverse times and dealing with issues of isolation and mental health struggles,” Tinsley said. “And Homefront gives them some hope.”

One of those was Sandidge, whose husband has been deployed for all but two or three Christmases during their 16 years together.

And it’s especially hard on Sandidge this year after having moved into their home last year and also losing both her parents a month apart that same year.

Her husband signed her up for the program.

“I didn’t know he was going to do it,” Sandidge said. “He ended up messaging me saying I needed to keep my phone on because he signed me up for Dec’ the Deployment.

“I was like, what is that? I looked it up and thought that would help me tremendously because of the stress of three children, and I have my brother living with me because my parents passed.”

Homefront volunteers took an entire day to go all out decorating Sandidge’s home for Christmas while her two older children and her brother were at school.

“My kids are going to be so happy,” she said. “This is remarkable. It brings cheer.”

She said she thought her children would cry when they saw it because they’re emotional like their mother.

Homefront’s creative director Sadie Raiford helped Sandidge make a wreath while other volunteers were decorating other parts of the home.

“We love to come together to create something out of love so that when we enter the homes, we bring them something that was created by people that have big hearts that really just wanted to be Santa’s elves and bring a little extra cheer to these families,” Raiford said.

“It’s nice to be able to come to these homes and bring them a little extra cheer and warmth.”

Homefront volunteer Lindsay Wirt was busy dressing the mantel with some garland and repurposed flocked tree pieces that came from a donation. Some of the flocked pieces were also going into the Christmas tree.

In the garland on the mantel were also some mushrooms — wooden knobs from cabinets that the group’s volunteers turned into pretty mushrooms.

Another volunteer, Myrian Vizcarrondo, had picked up some luxurious fabric from a local fabric store and handmade stockings for the family to hang on its mantel.

Dec’ the Deployment was completely free to the Sandidge family, and it made that family’s holiday a lot brighter, even with the absence of Sandidge’s parents and her husband.