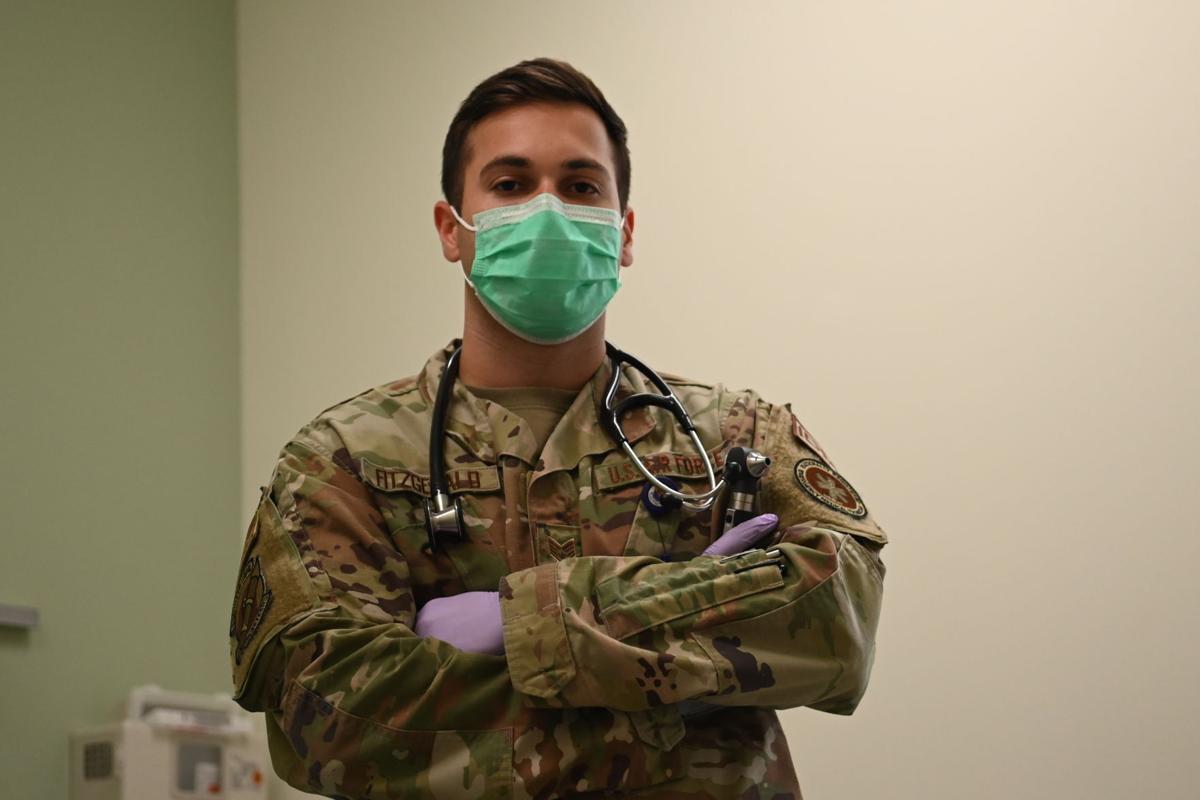 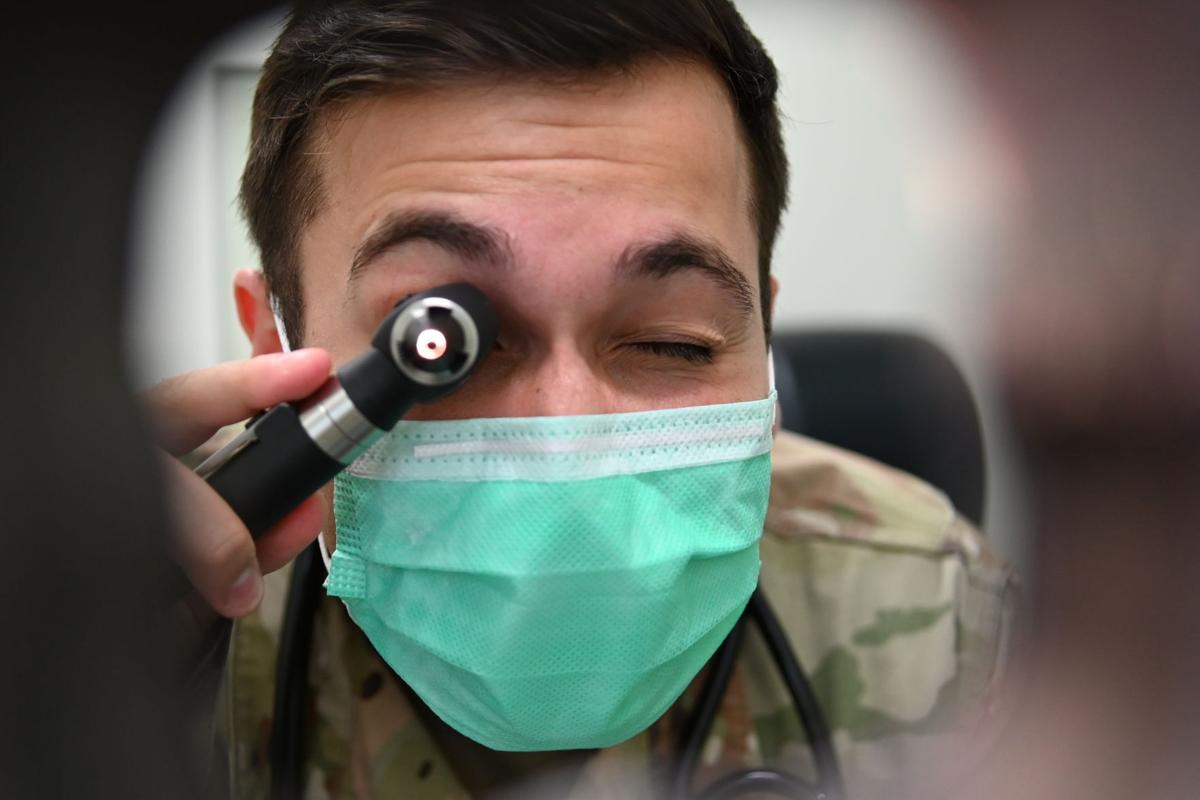 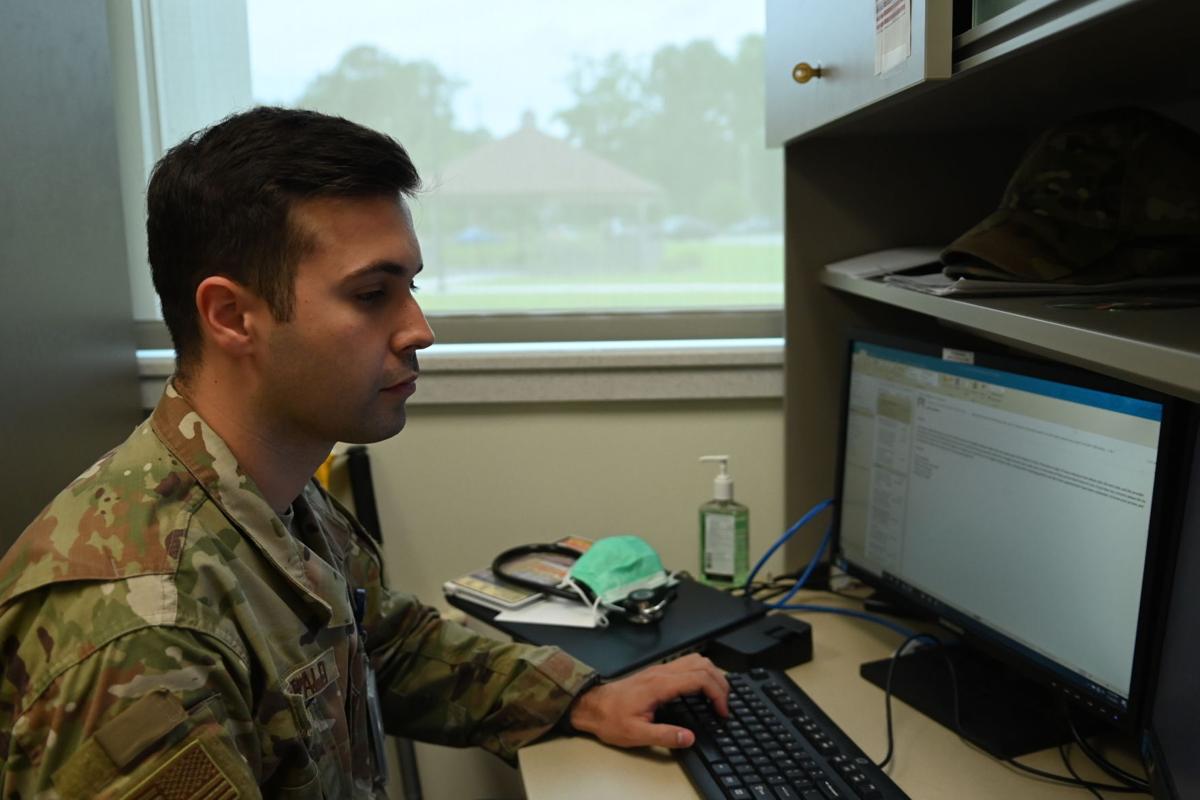 For some people, leaving work is the end of their duty day. No more thinking about work, just enjoying their time off. For Staff Sgt. Jon Paul Fitzgerald, 336th Fighter Squadron independent duty medical technician, that was not the case.

It was 9:30 p.m. on June 12 when Fitzgerald was at a local convenience store. As he walked up to the counter to check out, he noticed a man lying face down on the floor.

“I did a double take and was confused as to why someone was lying on the ground, but then immediately realized what was happening before me,” Fitzgerald said. “I rushed over to the man’s side and turned him over, removed an unsheathed knife that was on his person and pulled his face mask down.”

As he pulled down the face mask, he noticed the man’s face and lips had turned blue.

“When I checked his pulse and realized he didn’t have one, I immediately started chest compressions,” Fitzgerald said. “I told the store clerk to call 911, and he told me he already had.”

Fitzgerald completed the first round of cardiopulmonary resuscitation, then delivered ventilations. At this point, bystanders stepped in to assist.

“Once I completed the second round of CPR, a bystander let me know that the man’s pulse had returned,” Fitzgerald said. “The man was breathing, but not responding to any commands, so I knew I needed to stick around until help arrived.”

Local emergency medical services arrived about five minutes after Fitzgerald started compressions. They administered medication and loaded the man onto the stretcher and into the ambulance.

“I helped because it’s what I’ve been trained to do, and it wouldn’t have sat right with me if I didn’t step in,” Fitzgerald said.

Fitzgerald used to work in a level 1 trauma center in San Antonio’s Surgical and Trauma Intensive Care Unit, and is now a first aid/CPR instructor.

“If you have the skills to help somebody when the situation presents itself, do it,” Fitzgerald said. “Don’t think about it, because when you do, it may take away precious seconds needed to save someone’s life.