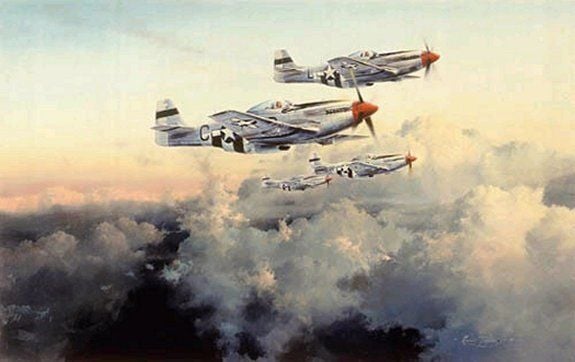 A painted rendition of the 4th Fighter Group on patrol 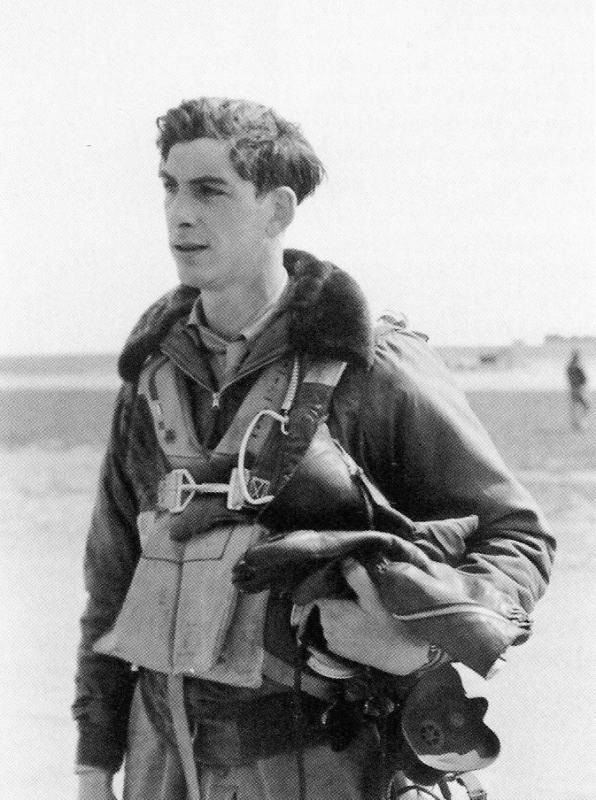 A painted rendition of the 4th Fighter Group on patrol

At 2300 hours on June 5, 1944, Col. Don Blakeslee briefed the 4th Fighter Group pilots on the D-Day operations the next day. Blakeslee emphasized it was going to be a long, tough day with the Group flying three sorties to support the invasion.

Capt. Bernard Louis McGrattan, an ace with the 335th Fighter Squadron, was listening to the brief, but he was not supposed to fly the mission. His tour of duty was over, his orders home were in his pocket. McGrattan asked Blakeslee if he could fly the D-Day sorties with the Group. Blakeslee approved the request.

The 4th Fighter Group was in the air the next morning at 0325 hours. McGrattan was assigned to Blue Flight led by Lt. Kidd Hofer. The Group’s mission was to attack German columns and prevent them from reinforcing the Normandy beaches. On this first sortie Hofer strafed two German locomotives.

At 1125 the Group flew the second sortie of the day. Strafing enemy forces on the ground is dangerous business. The 4th Fighter Group aircraft were more vulnerable to German fighters who would attack from above. The Group was accomplishing their mission but were sustaining casualties in the process.

The third and last sortie of the day took flight at 1800 hours. During this sortie Blue Flight was strafing a 20-truck German convoy when they were attacked from above by more than 15 Luftwaffe FW-190 fighters. Hofer took violent evasive action and survived the attack. The remaining four pilots of Blue Flight, including Capt. McGrattan, were shot down and killed.

Col. Blakeslee was the last man home, arriving back at Debden at seven minutes to midnight. The 4th Fighter Group played a pivotal role in preventing German reinforcements from reaching the Normandy beaches. But the cost was severe. Ten 4th Fighter Group P-51D Mustangs were shot down by enemy flak or fighters.

The sacrifice of the 4th Fighter Group that day saved countless American, British and Canadian soldiers’ lives on the Normandy beaches that day.

Capt. McGrattan, by volunteering to join the Group on D-Day, upheld the volunteer spirit that is the hallmark of the 4th Fighter Wing.